King Arthur: Legend Of The Sword Is Out… And We’re Excited!

A couple of months ago we travelled back to Wales in search of some epic filming locations, coastal villages, mountains and local legends. As some of you might remember, we managed to spot a few locations for Guy Ritchie‘s new movie, King Arthur: Legend of the Sword.

It’s very rare for us to visit locations from a movie that’s not even out yet, but with some help from the locals and the fine folks from Visit Wales, we managed to narrow down the area and then actually spot the right locations just by comparing the scenery to a few screenshots from the trailer and some random paparazzi photos from the film shoot. 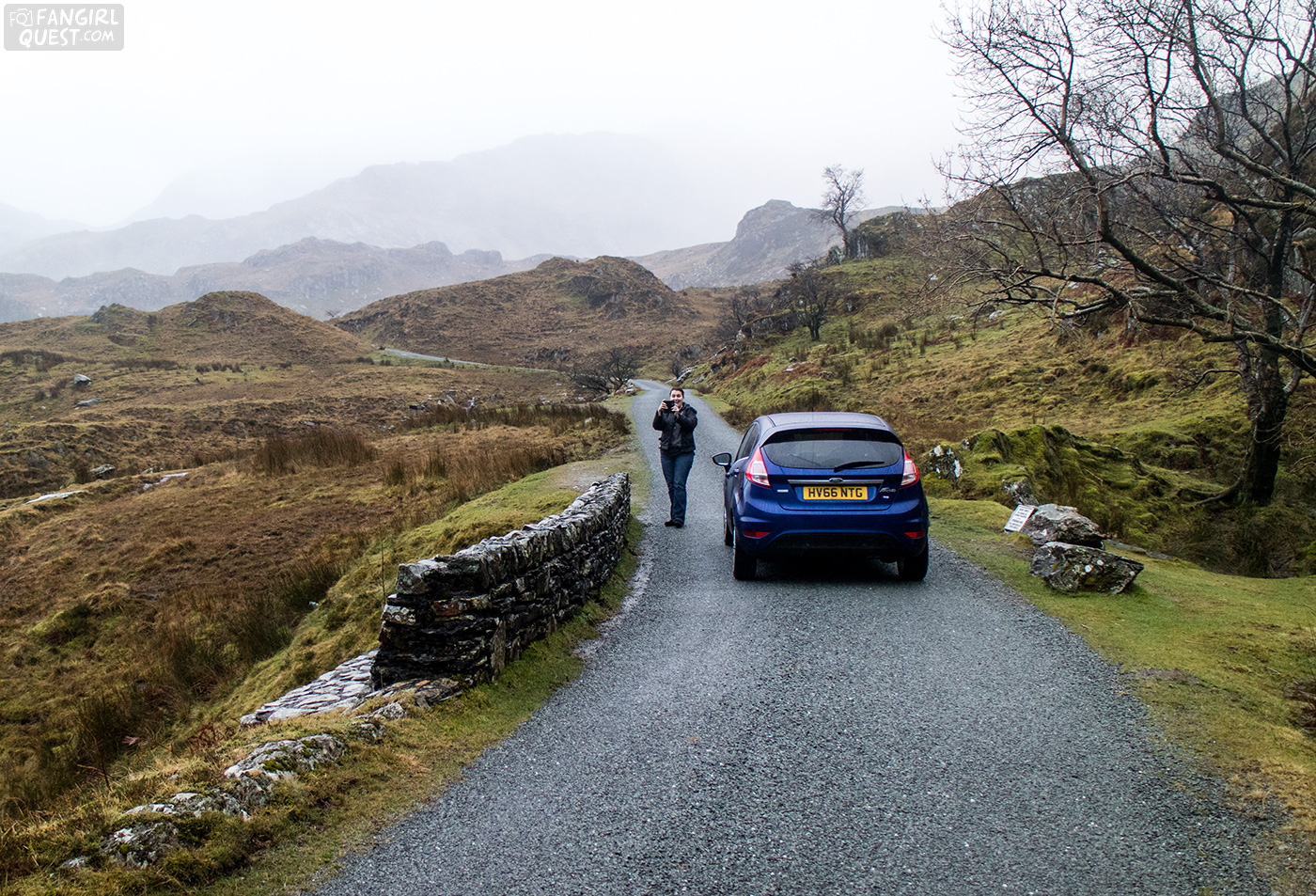 A short stop for the view near a filming location for King Arthur.

We’re actually quite the fans of the Arthurian legend to begin with, which is possibly one of the reasons we went through so much trouble to get some sceneframes from this movie done as well. We’ve seen most of the modern day Arthur movies ever made and absolutely adored the sometimes silly, yet quite dark in the end BBC show Merlin. 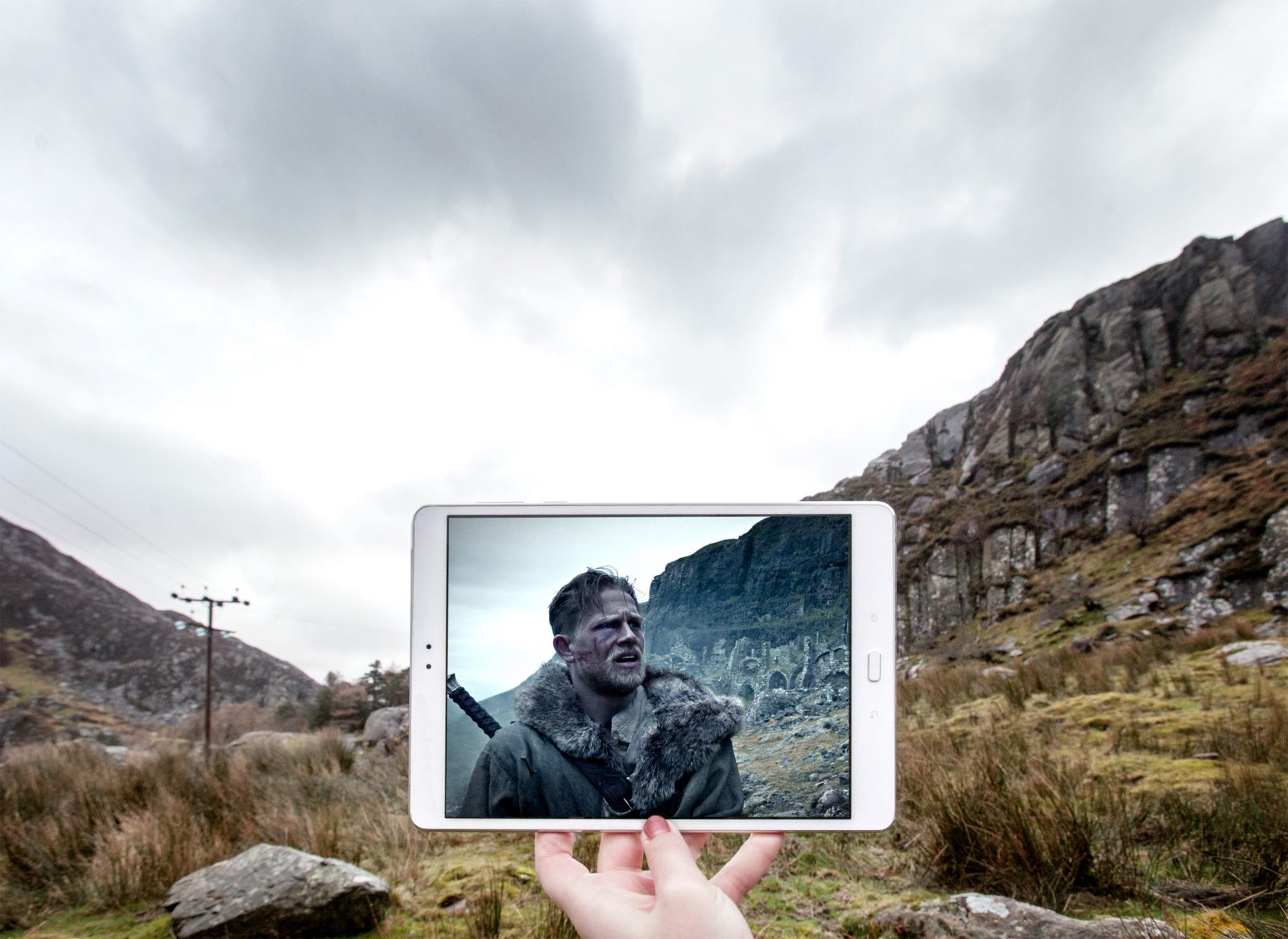 (See some of our sceneframes and travel photography here!)

I, personally, am a big believer in the legend as well. King Arthur was totally real! He was awesome and pulled the sword out of that damn stone and all that!

This one is an older photo (you can tell by the very old iPad since we’re using an ASUS ZenPad 3S 10 with narrower edges now), but it features the lovely dudes from BBC’s Merlin filming the show in Puzzlewood on the border of England and Wales. 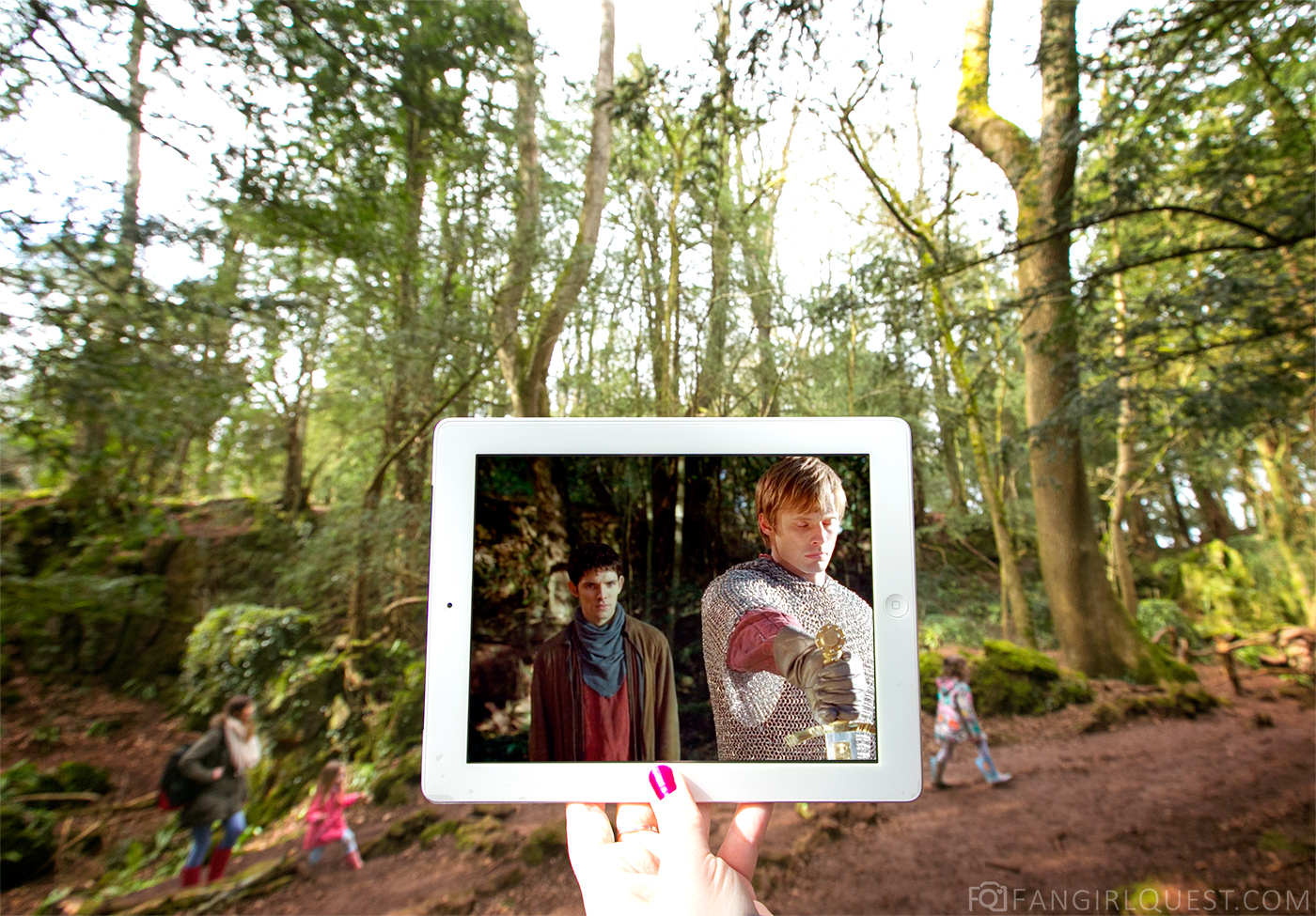 Arthur (Bradley James) pulling the sword from the stone

Aside from being big fans of the Arthurian legend and many of the movies and shows based on it, we’re super excited to get to spot familiar locations in Wales. That’s one of the fun parts of this mad hobby we have: we get to nudge each other with our elbows whenever we spot a place we’ve been to or otherwise recognize during the film.

And somehow, the thought “we’ve BEEN there!” just makes our hearts smile. Sometimes, it really feels like we’ve been to their world, the reality they live in the movies… and that’s a pretty amazing feeling.

King Arthur: The Legend of the Sword in theatres now! Check out the movie’s IMDb page for more information and your local cinema listings for tickets to see it. And hey, do let us know in the comment field if you’re going to see it or what you thought of it :)