King Arthur: Legend Of The Sword Is Out… And We’re Excited!

You know how sometimes a film really, really touches your heart and you can’t stop thinking about it for several days? This is what happened with Third Star, a film starring our beloved Benedict Cumberbatch and a good bunch of other amazing British actors. We visited the very important filming location for this movie, Barafundle Bay, twice during our roadtrips in Wales. 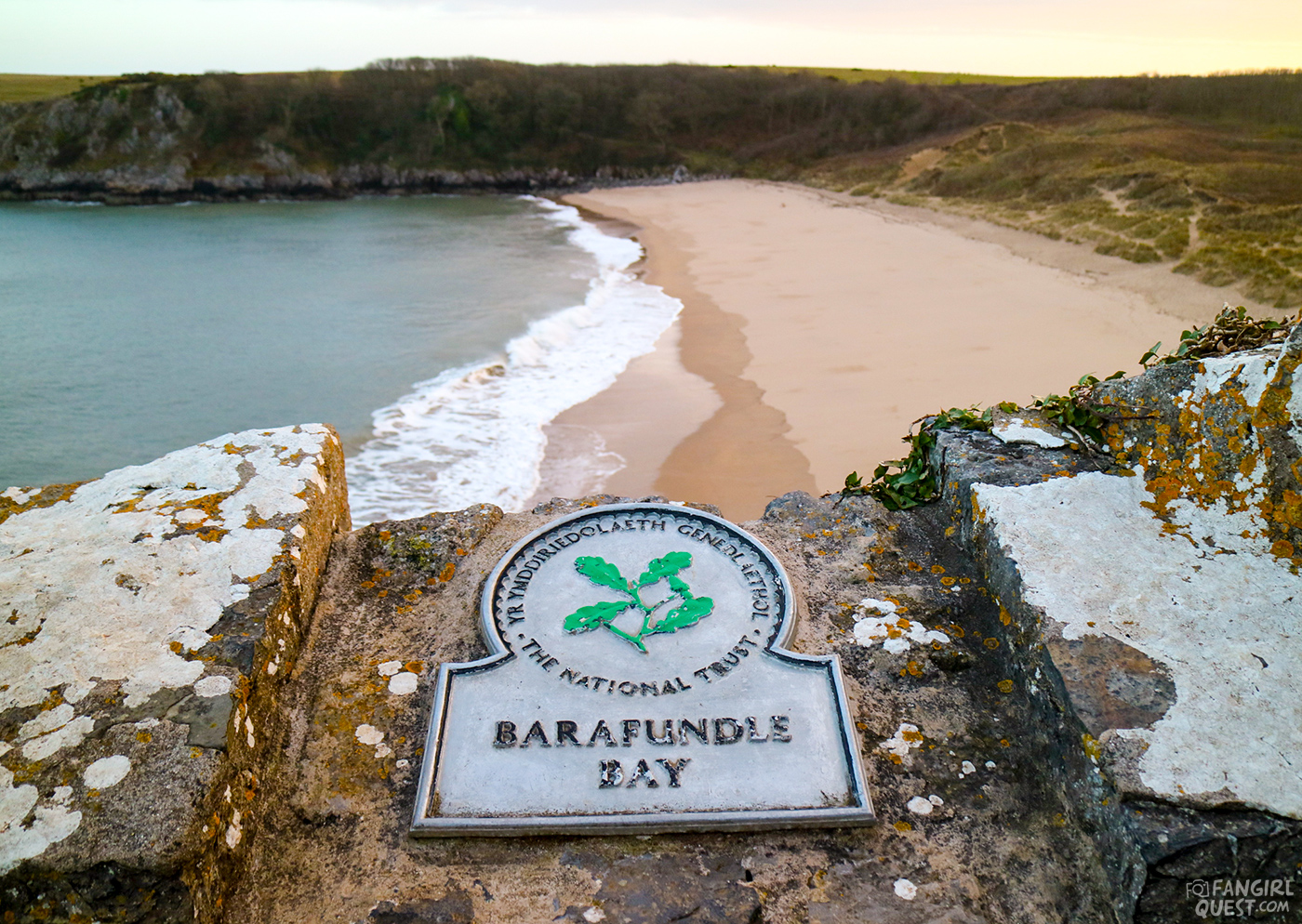 Third Star is actually the very first film we sceneframed as well… like, ever. Back in 2013 during our first “official” Fangirl Quest roadtrip in the UK it was at Barafundle Bay, one of the most memorable filming locations from the movie, where we snapped the first ever location photo with a tablet. Aww. 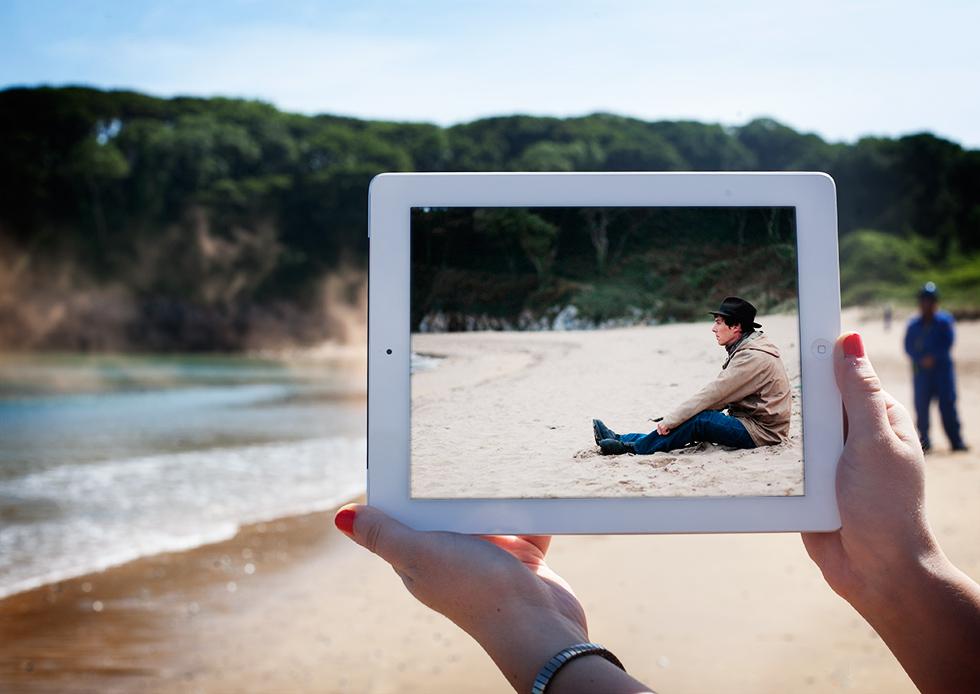 The photos were a bit wonky and we didn’t quite get all the lines aligned perfectly, but it was still the start of something bigger. Not only that, we really fell in love with this secluded beach with its dramatic cliffs and amazing views. 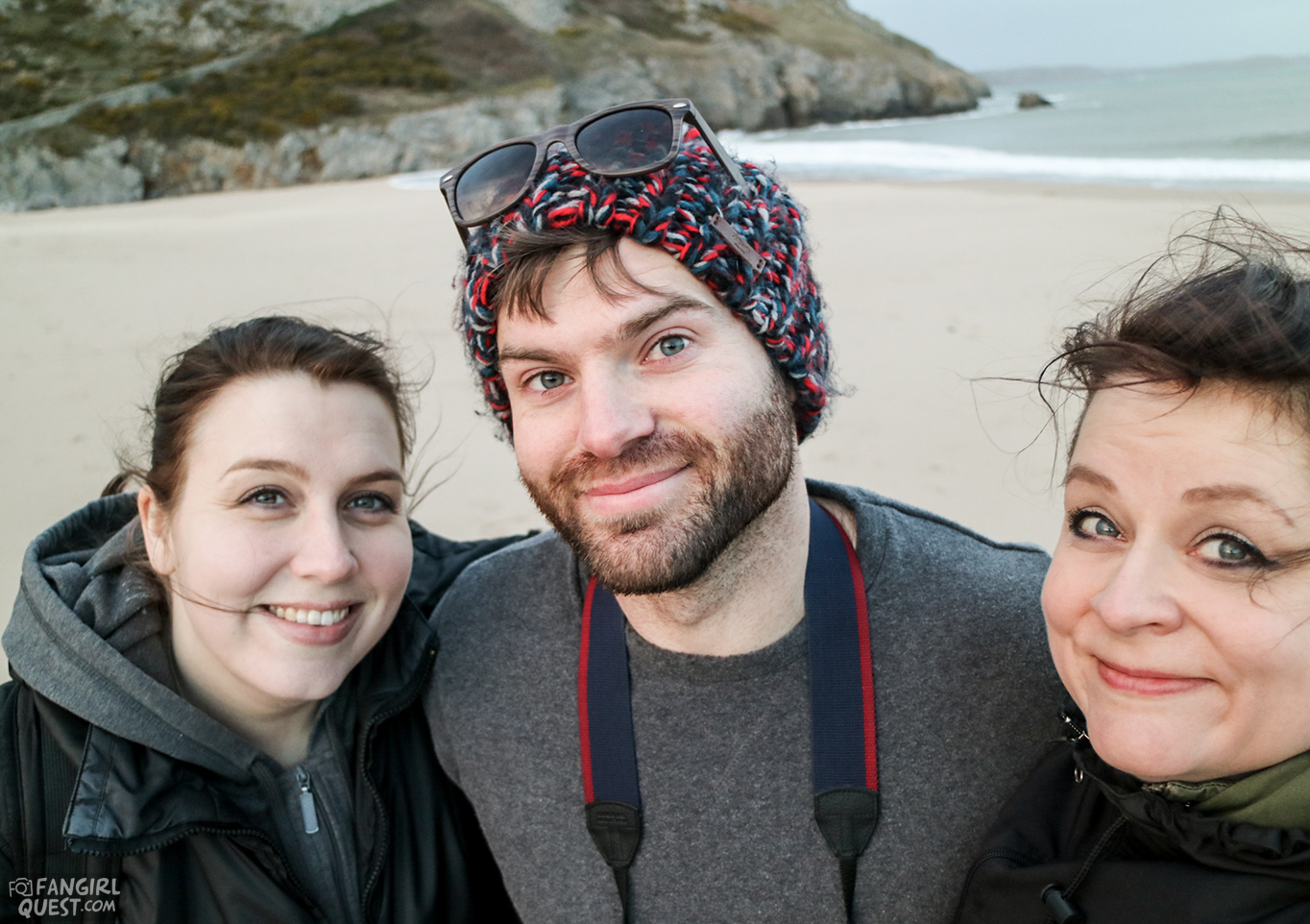 In 2004, Barafundle Bay was included in a list of the Top 12 beaches in the world. The Good Holiday Guide also said that it was the ‘best beach in Britain’. In 2006, it was voted the best place in the United Kingdom for a picnic by Country Life magazine. — Wikipedia

Almost four years from our first visit we decided to go back to Barafundle Bay. By this time we’d already lived in Wales for a couple of years and made some good friends during that time, so a local boy Karl joined us for our afternoon stroll on the beach. 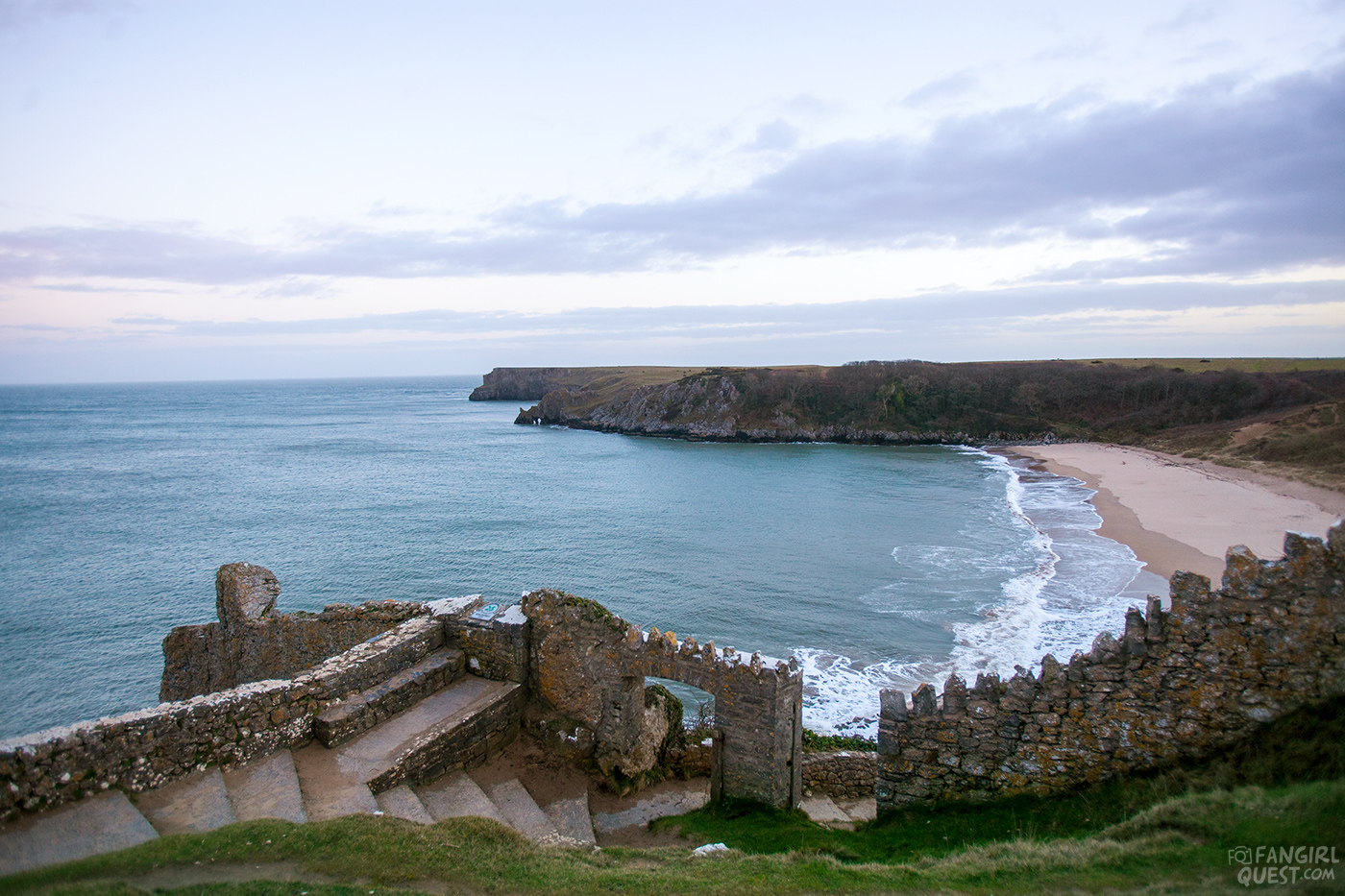 I can’t reveal any spoilers from the movie (as you definitely need to watch it!) but some really sad stuff takes place on this beach. But if you ignore all the heartbreak and movie sadness, you’re in for a really nice, relaxing beach treat. Especially if it’s a sunny day!

(Although, if you’re Welsh like Karl, you might just enjoy the beach even in the freezing spring winds and go for a dip like it was nothing! Crazy dude…) 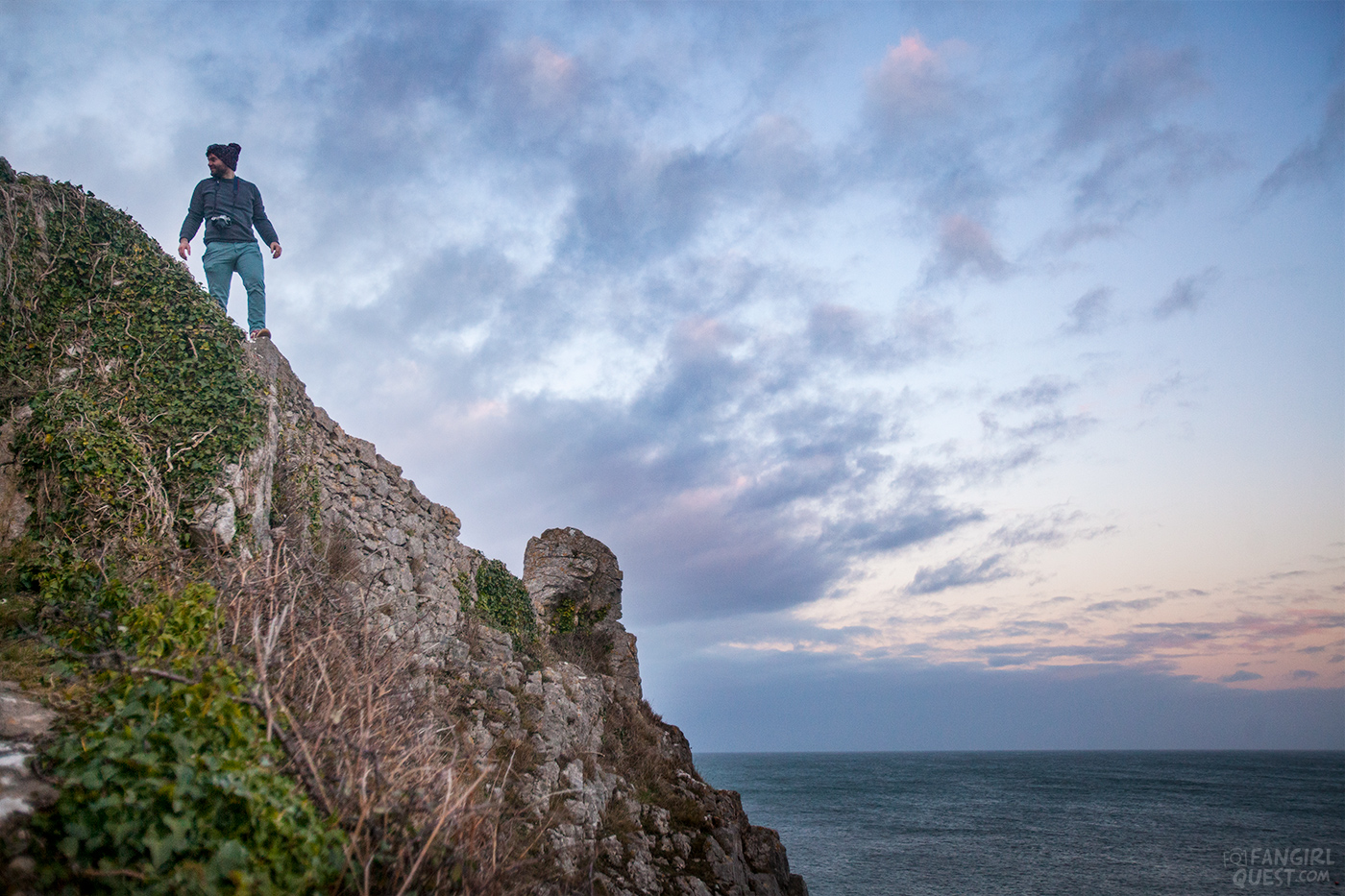 How to get to Barafundle Bay

Back in 2013  Satu was actually driving “on the wrong side” for the first time in her life and that only added to our excitement. I kid you not – the road is not wide enough for two cars, and occasionally it plunges into what I can only call a grass tunnel. Phew! Adventure!

There’s just something super calming about secret beaches that mostly, only the locals know about. 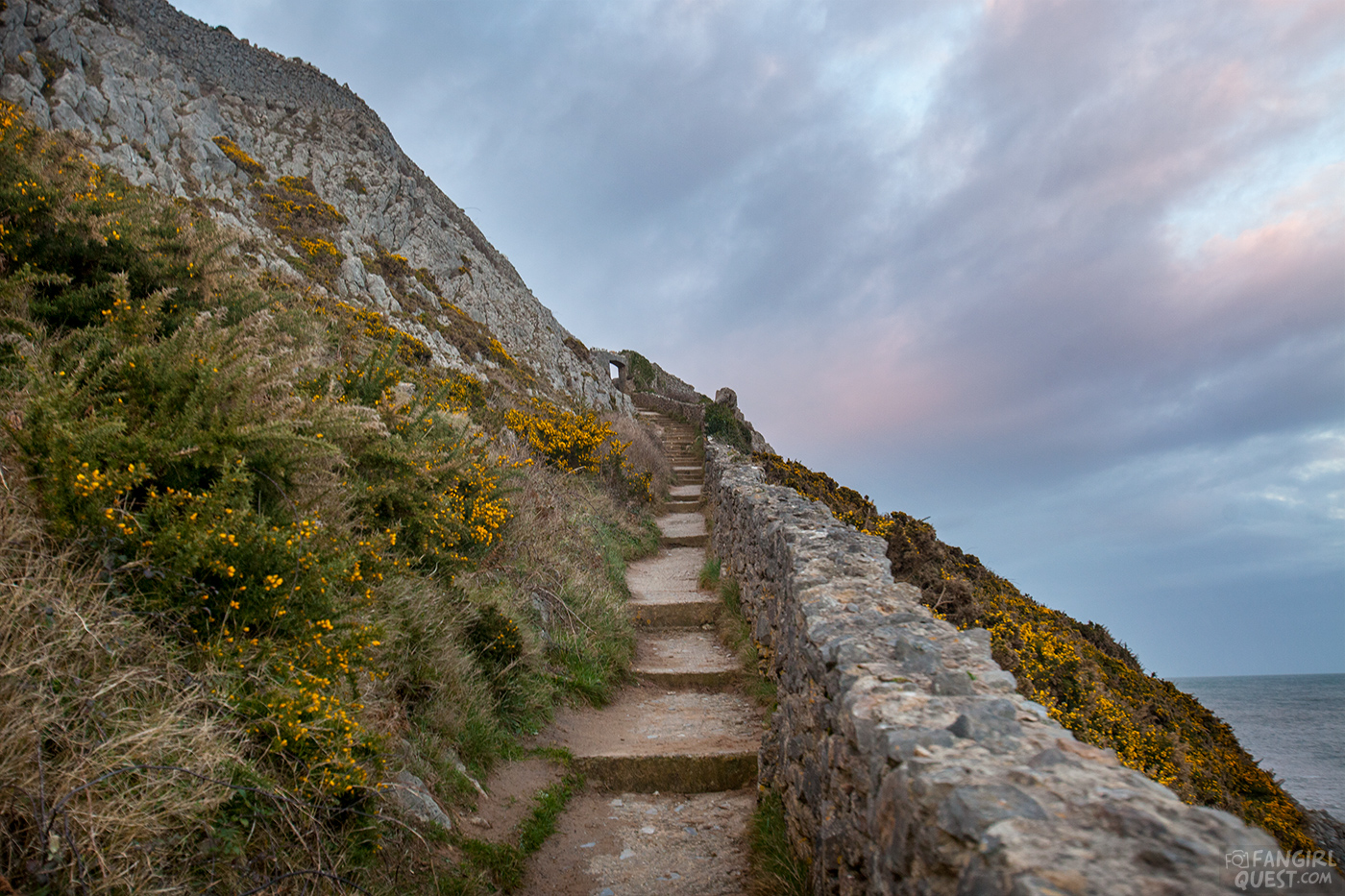 (Read more about our movie adventures in Wales!)

That’s why we want to remind you to be respectful of the locals and the whole area of Stackpole Estate, where Barafundle Bay is located.  It’s not a very easy place to find, but the drive up there is definitely worth it. You’ll have to travel some extremely narrow roads through forests and beautiful villages to reach the parking lot, information point, pub and the path to the beach itself. 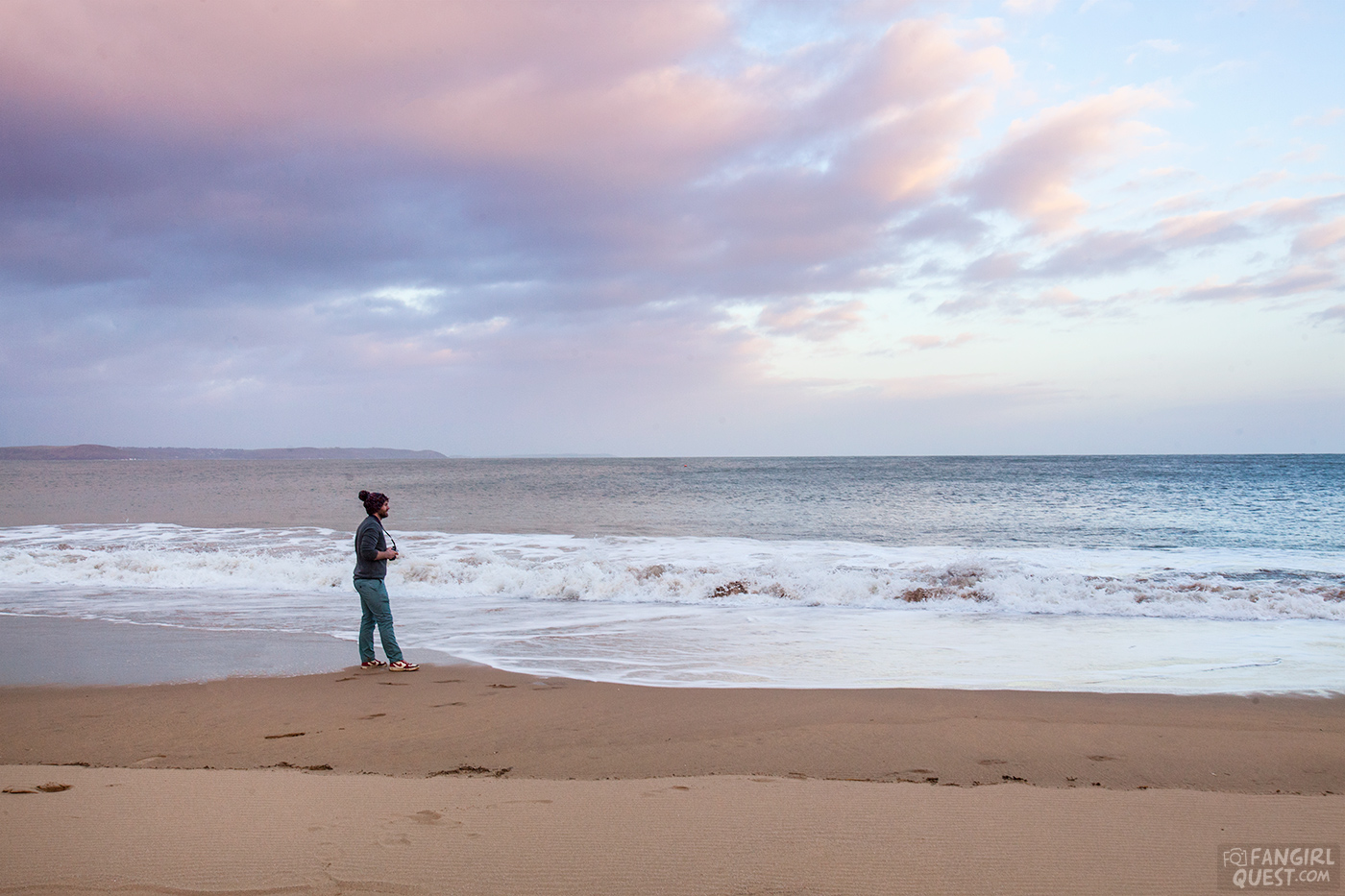 Once you get there, you still have to walk half a mile along steep stairs and grassy fields to reach the beach. Both times, we happened to go on a sunny, windy day so it was all very pleasant. And once you see where the path takes you, you won’t mind the climb and the walk at all (trust us). 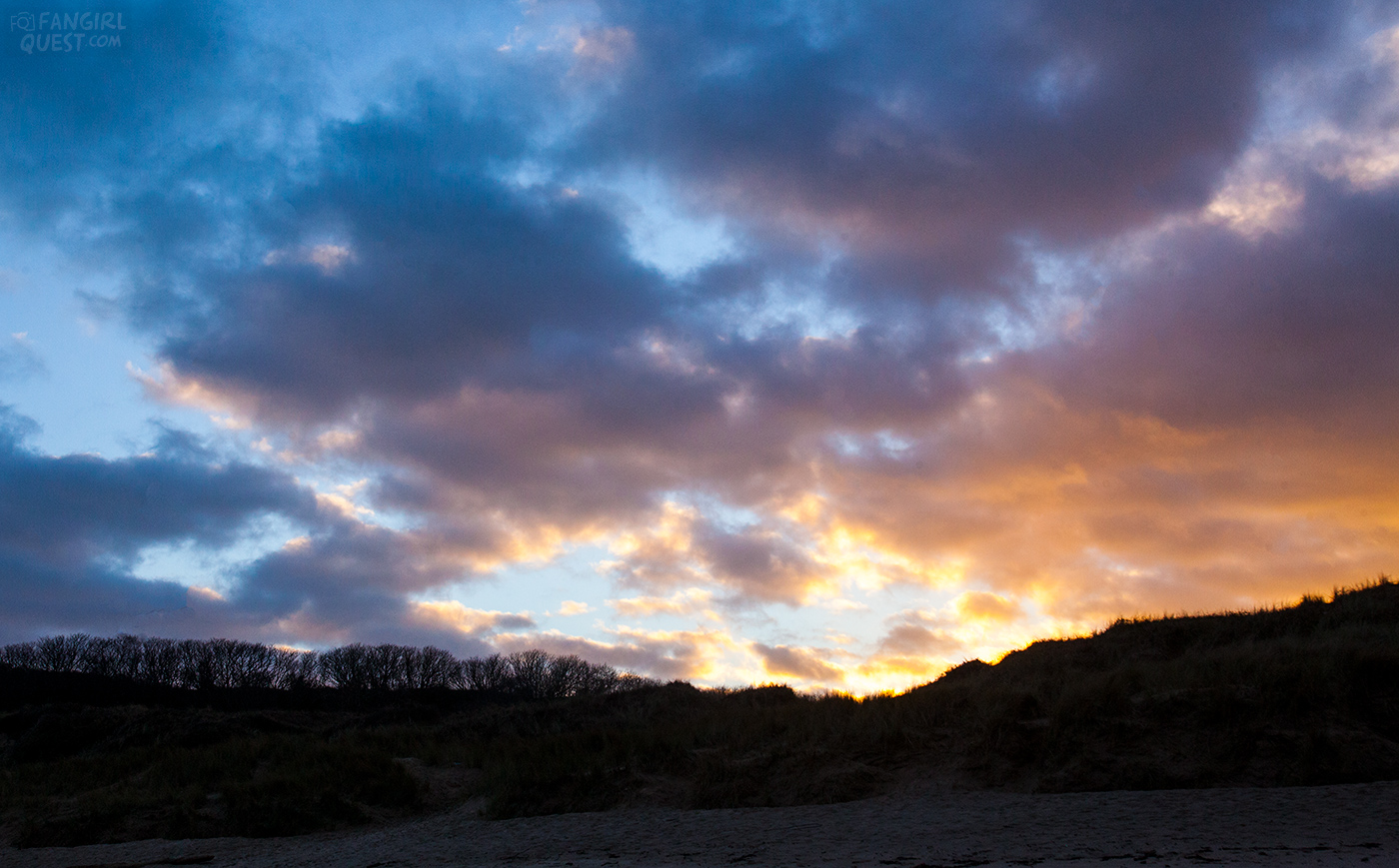 Here you can see the location on a bigger map. Click on the image to open it on Google Maps! 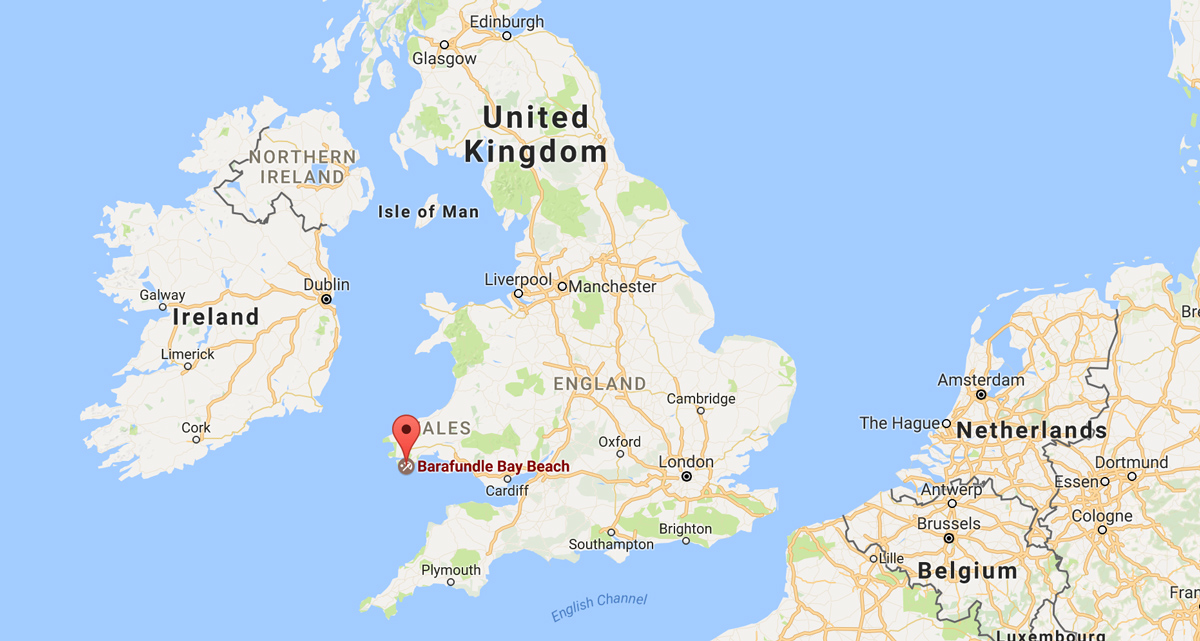 Third Star stars Tom Burke, Benedict Cumberbatch, JJ Feild and Adam Robertson in the main roles. Guys like Hugh Bonneville and Eros Vlahos appear in hilarious smaller roles. Almost all of the scenes seem to take place in Barafundle Bay or in the nearby areas. Here are our 2017 sceneframes. 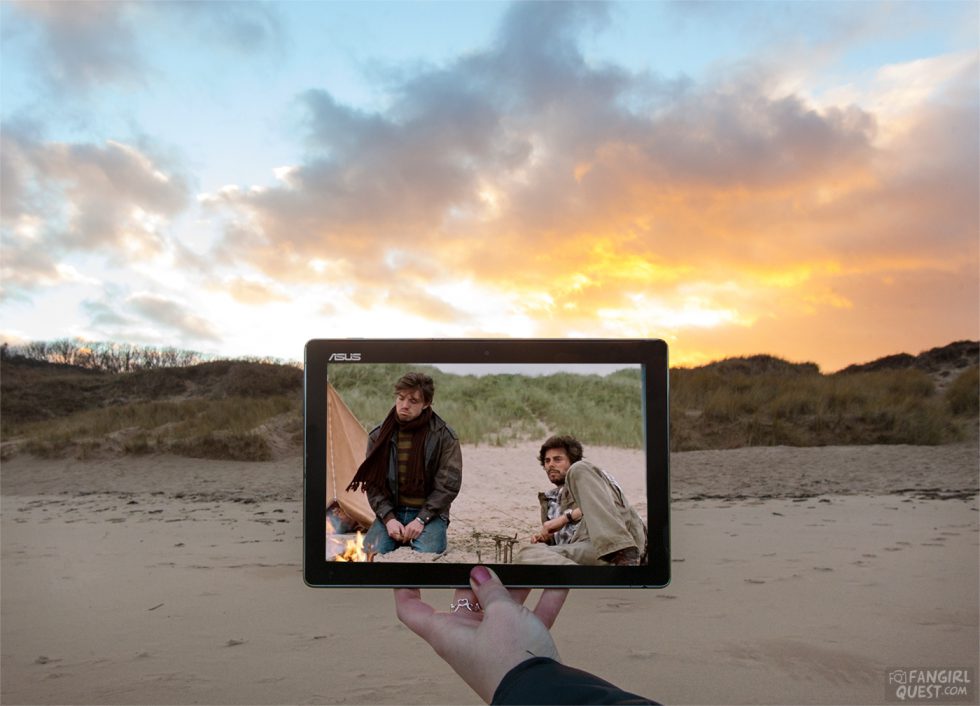 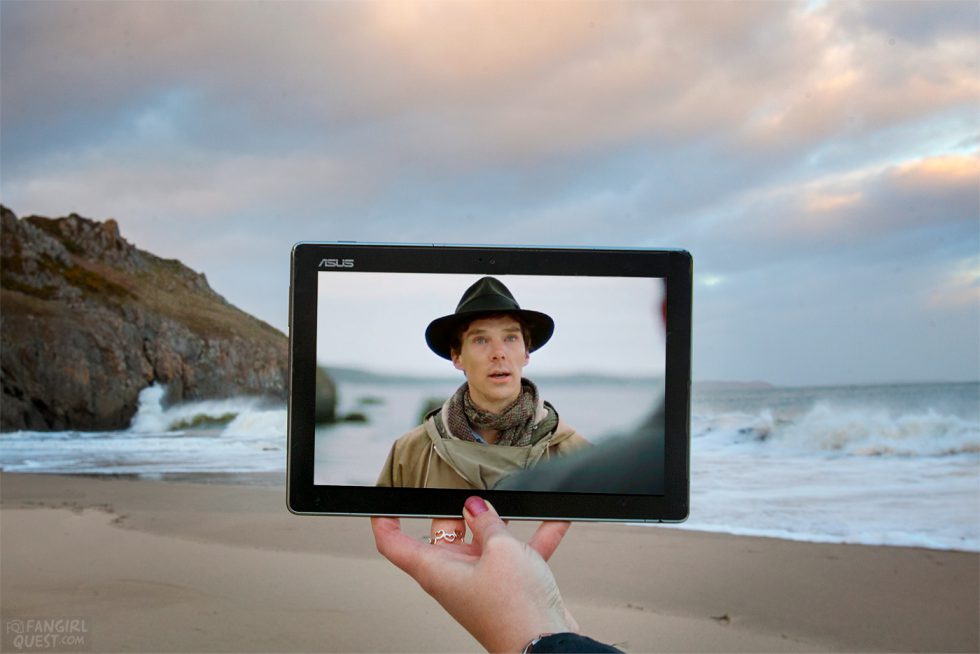 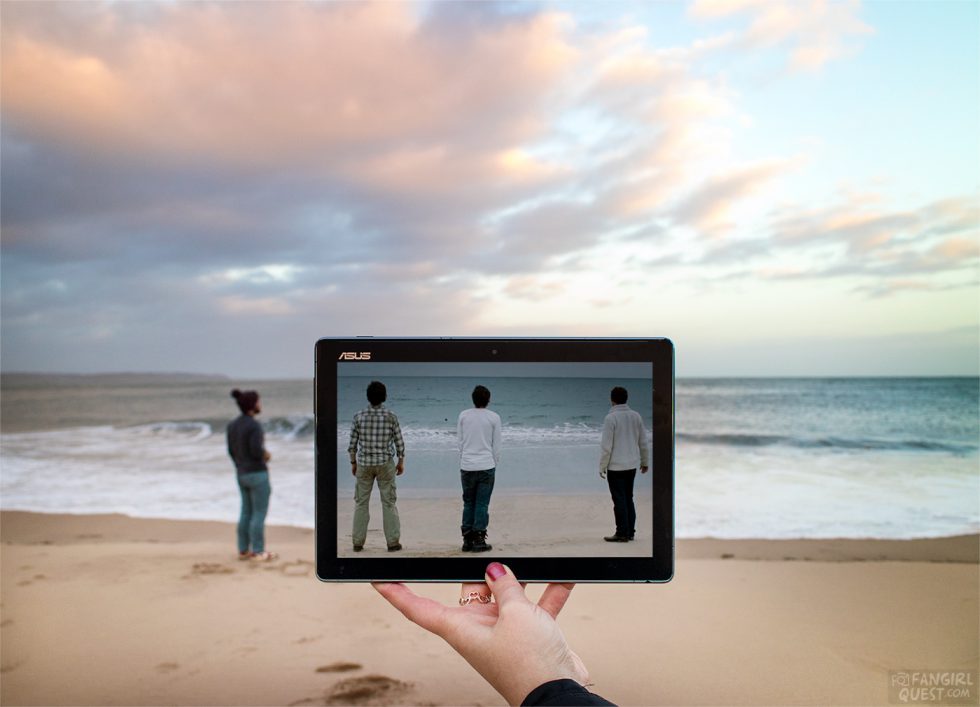 Here’s a few more photos from Barafundle Bay. These were all taken in 2013 during our first visit. 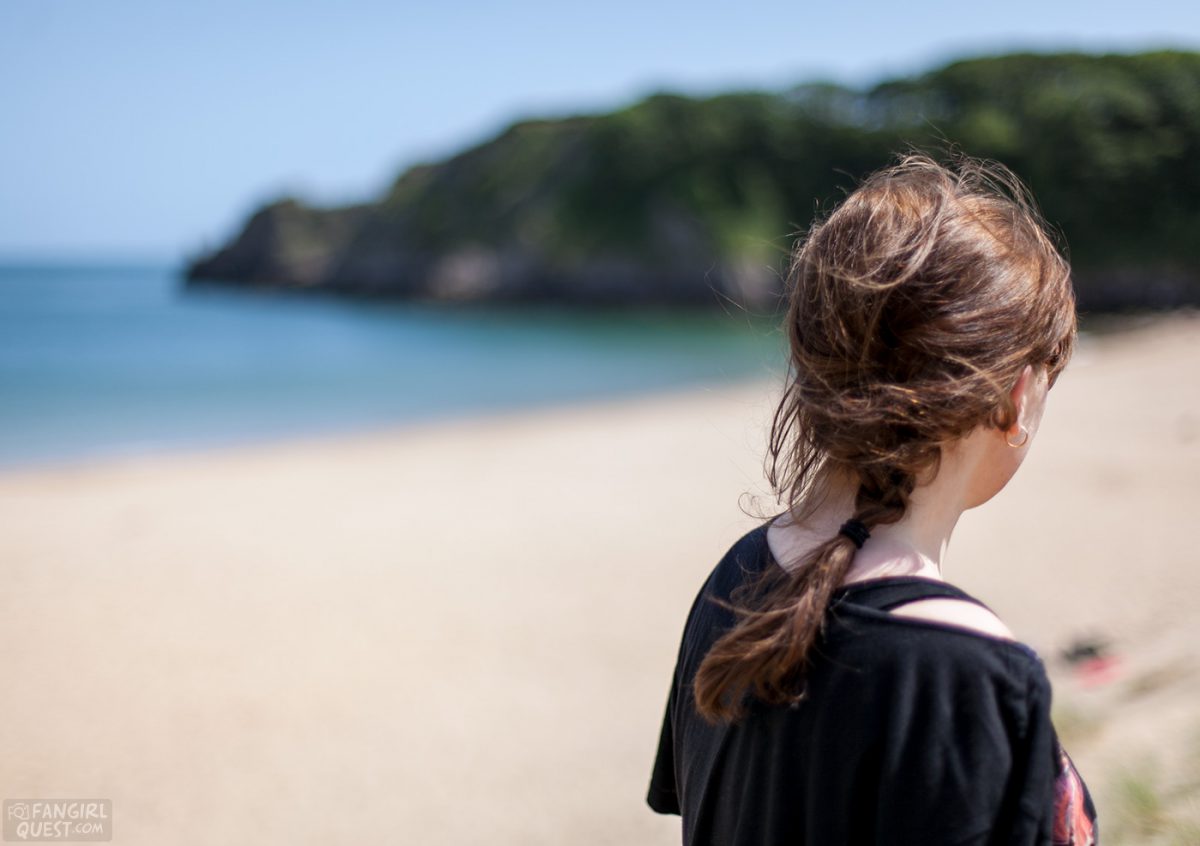 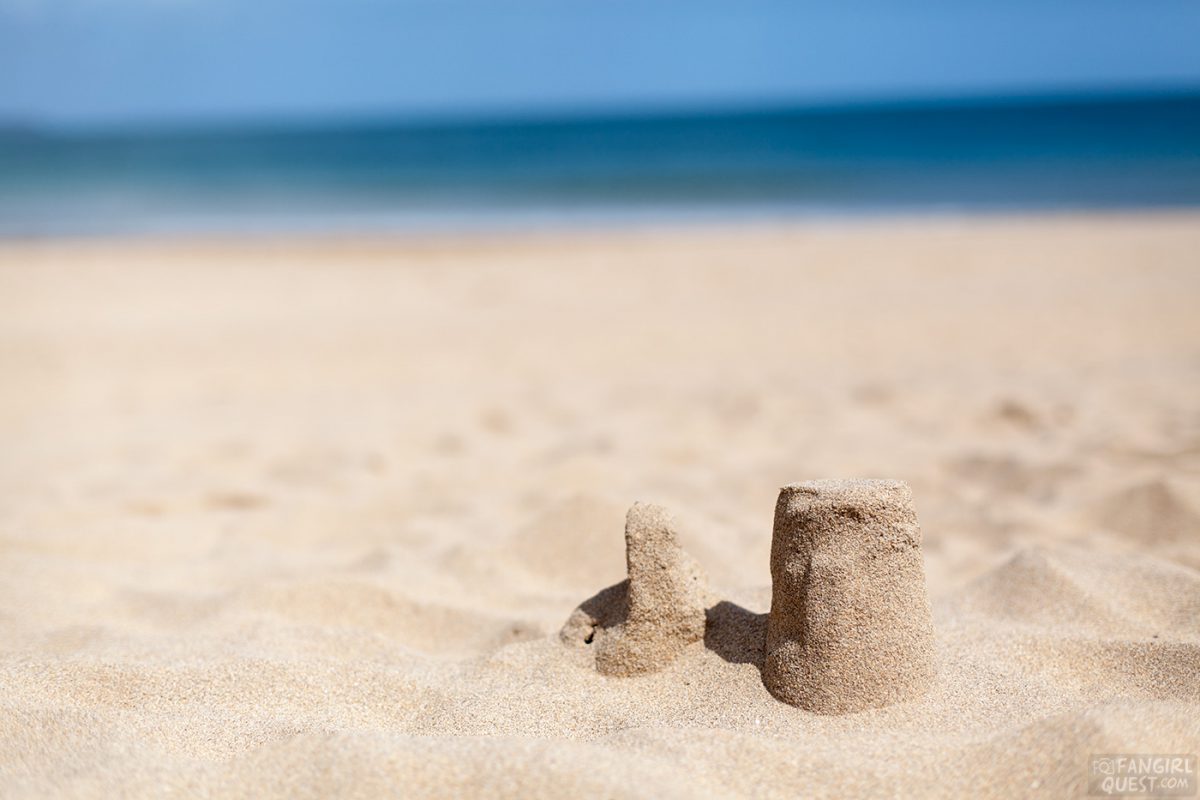 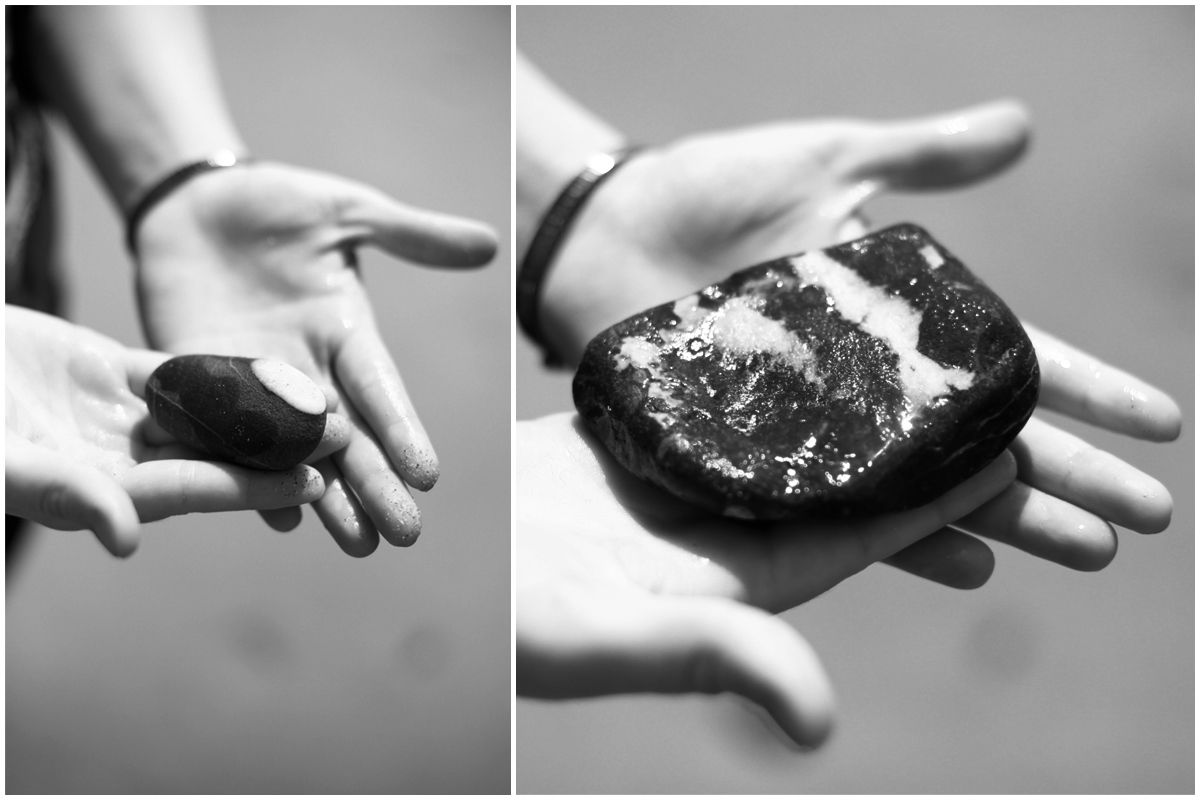 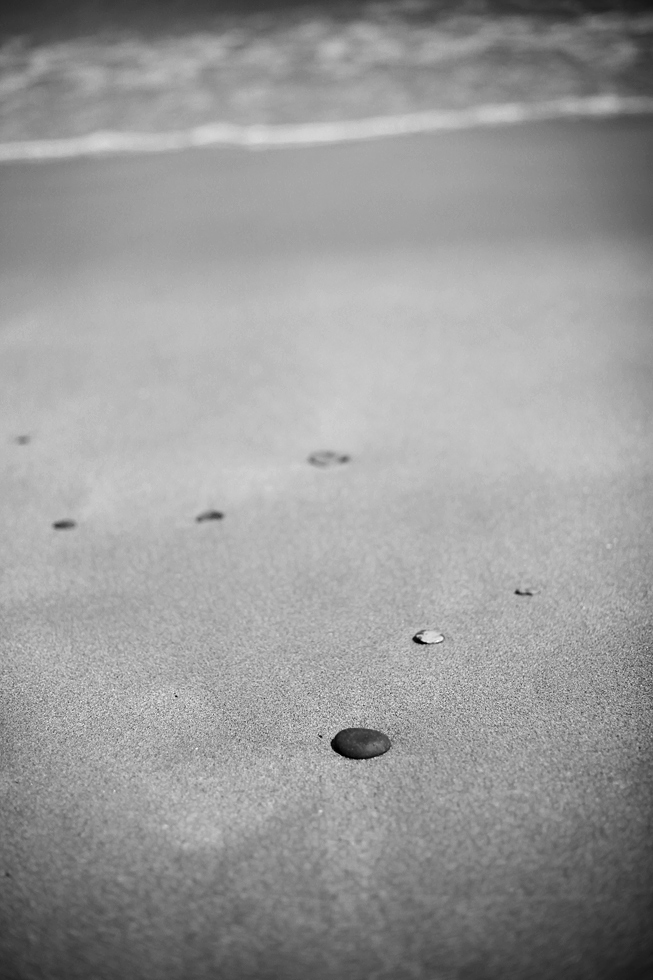 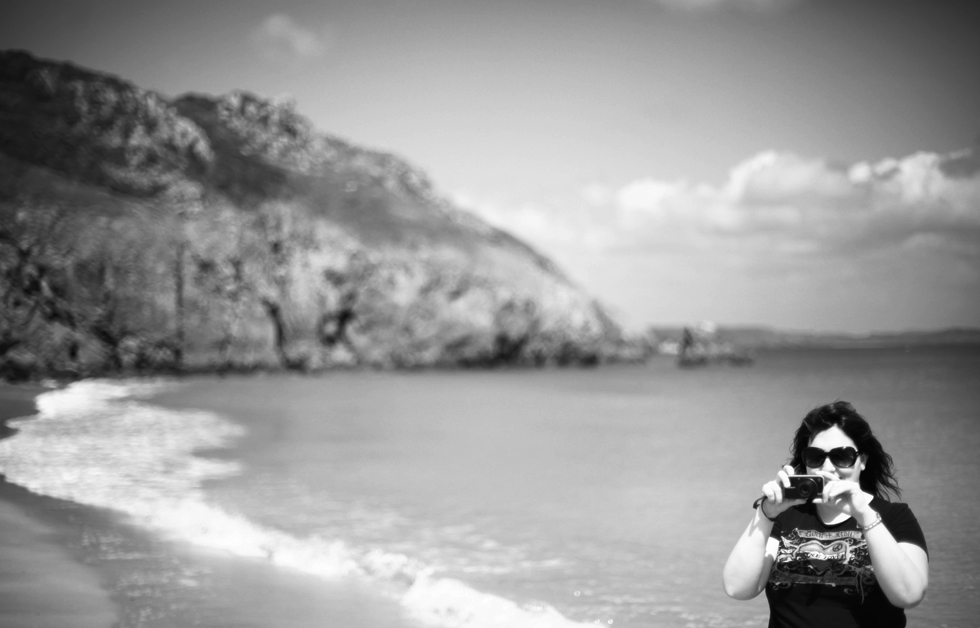 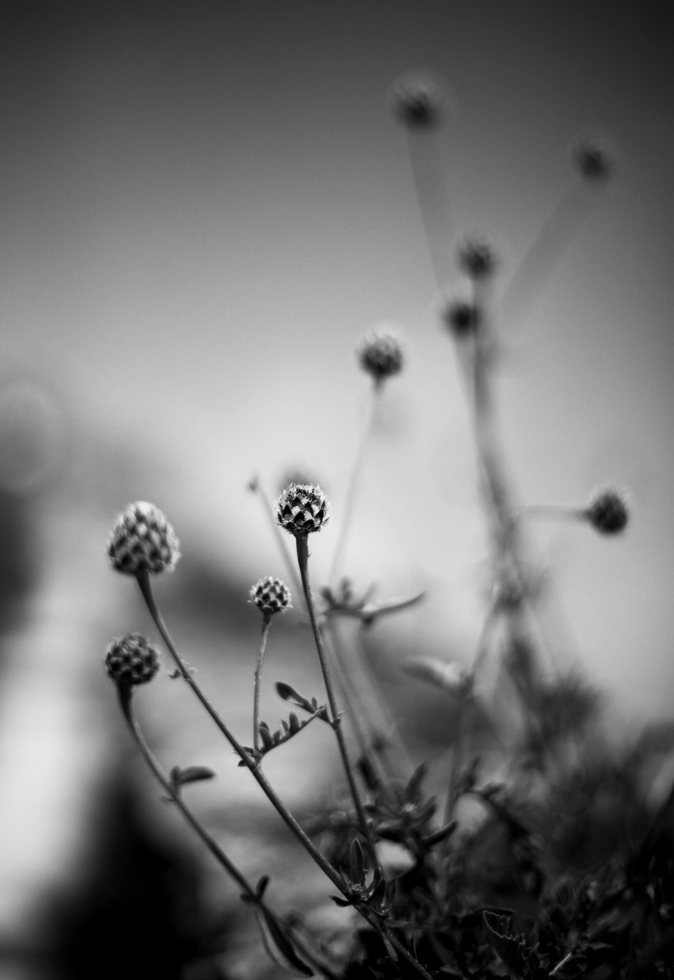 Tiny details from the beach. 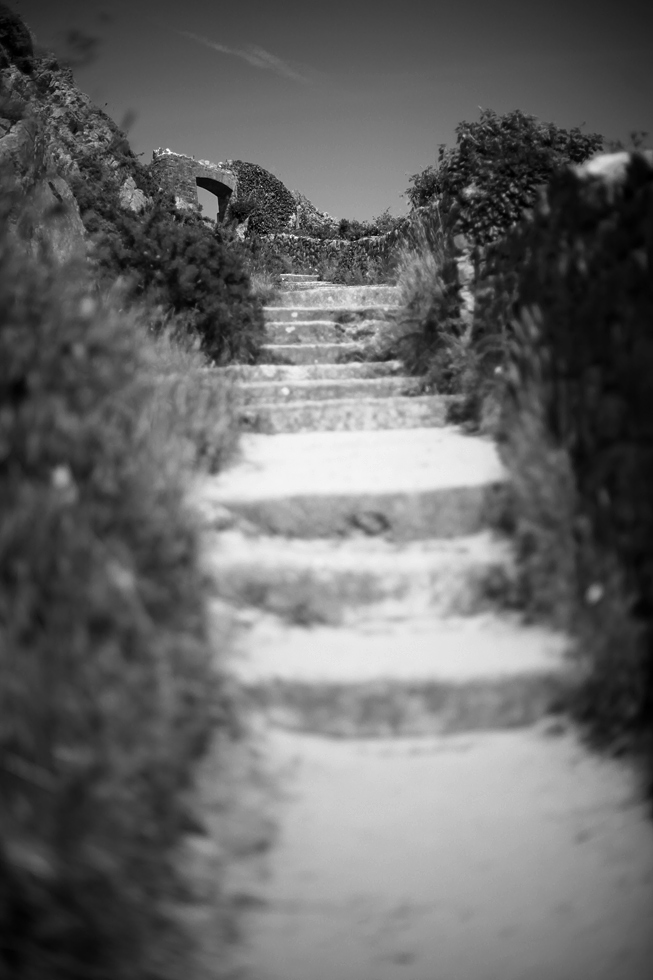 The steps you need to take to reach this stunning location. 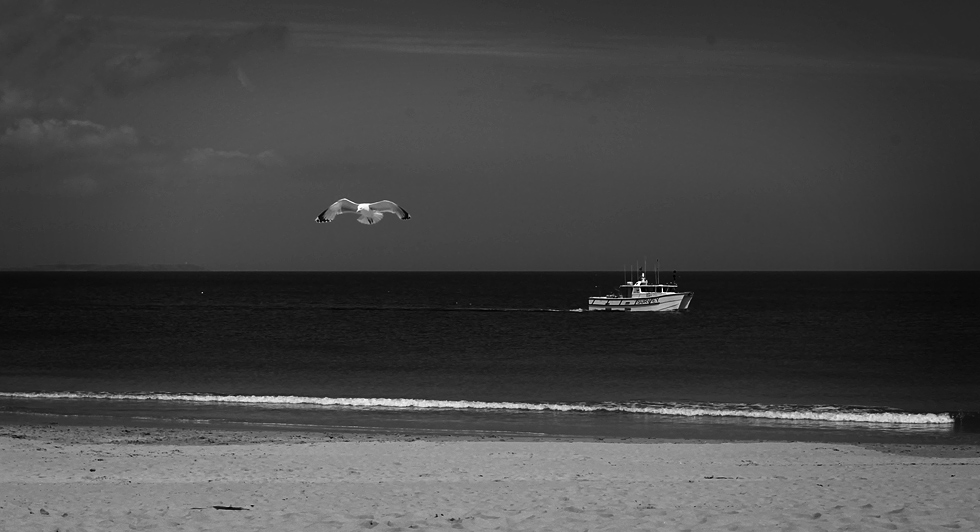 A bird and a boat. 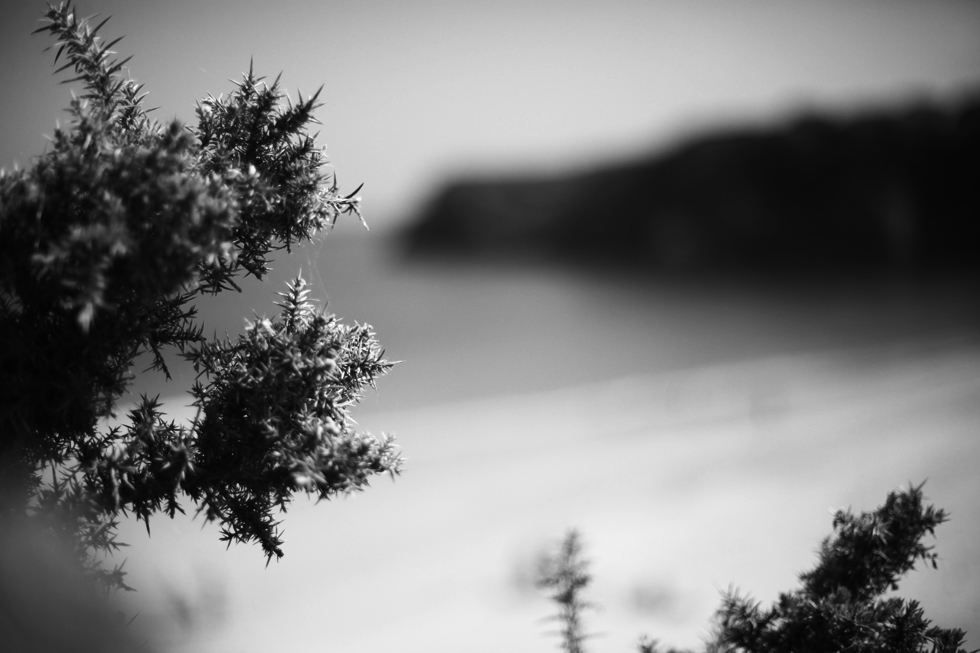 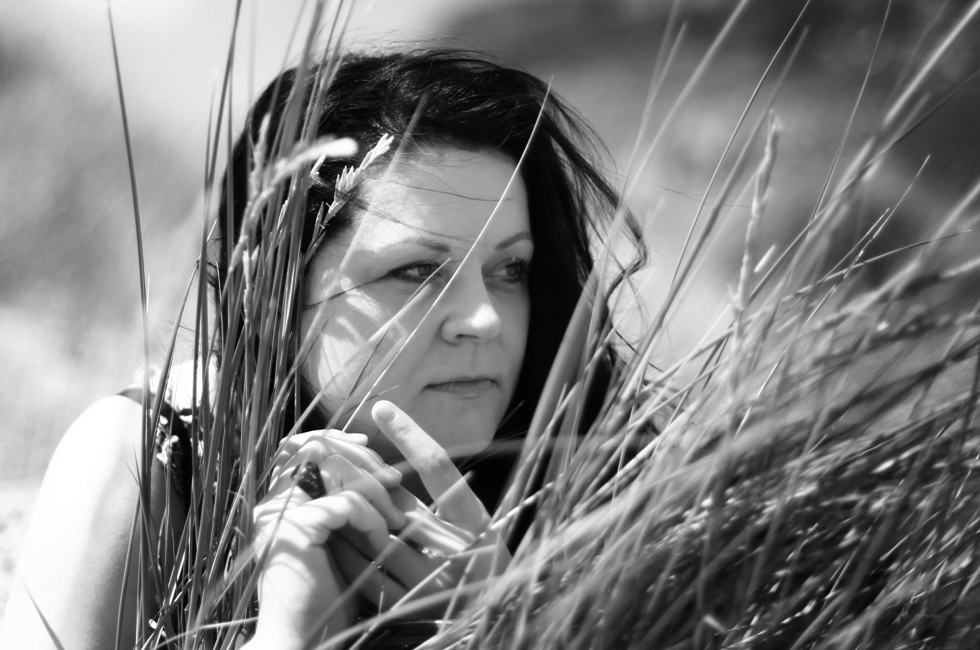 Tiia posing like Benedict Cumberbatch on the Third Star beach. 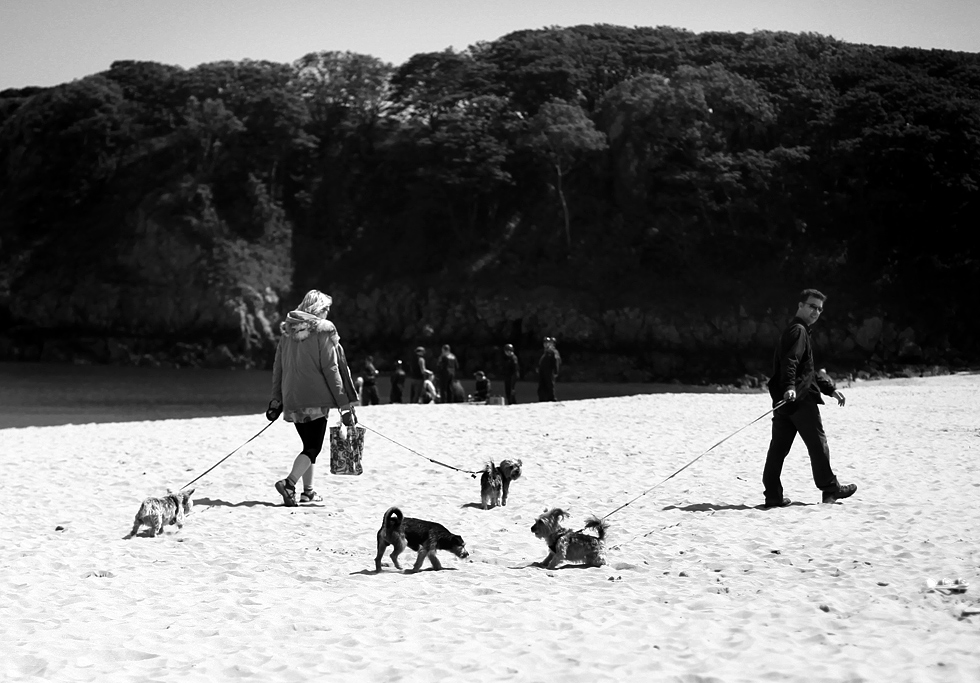 A doggy meet-up on the beach. 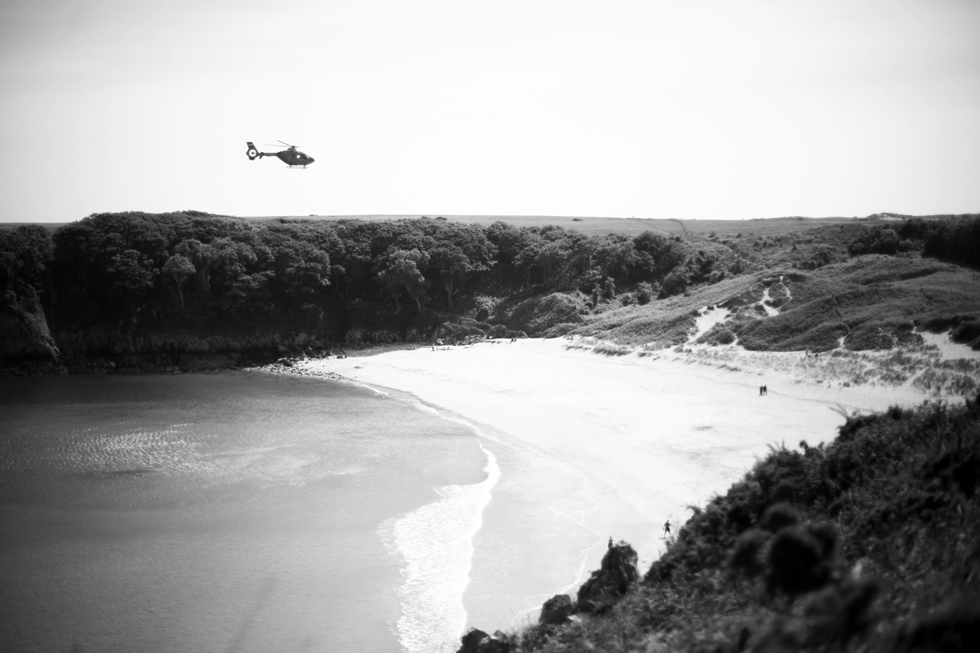