SUP? Stand Up Paddleboarding In Helsinki!

As some of us very well know, Ryan Gosling hasn’t only been acting in the recent years. He’s also spent a lot of time preparing, writing and directing his very first feature film, Lost River, starring  Christina Hendricks, Iain De Caestecker (Agents of S.H.I.E.L.D.) and Matt Smith (Doctor Who).  The movie came out in 2014 and was filmed in the previous couple of years in Detroit, Michigan. And since Mr. Gosling is Tiia’s #1 forever bae, we decided to look up a few Lost River filming locations during our Great Movie Roadtrip in 2016.

We knew that most of the buildings had been demolished soon after the movie was filmed and that Gosling, indeed, wanted to use those locations to preserve their memory, so we really didn’t have any other choice than to head over and see if any of it was still there. 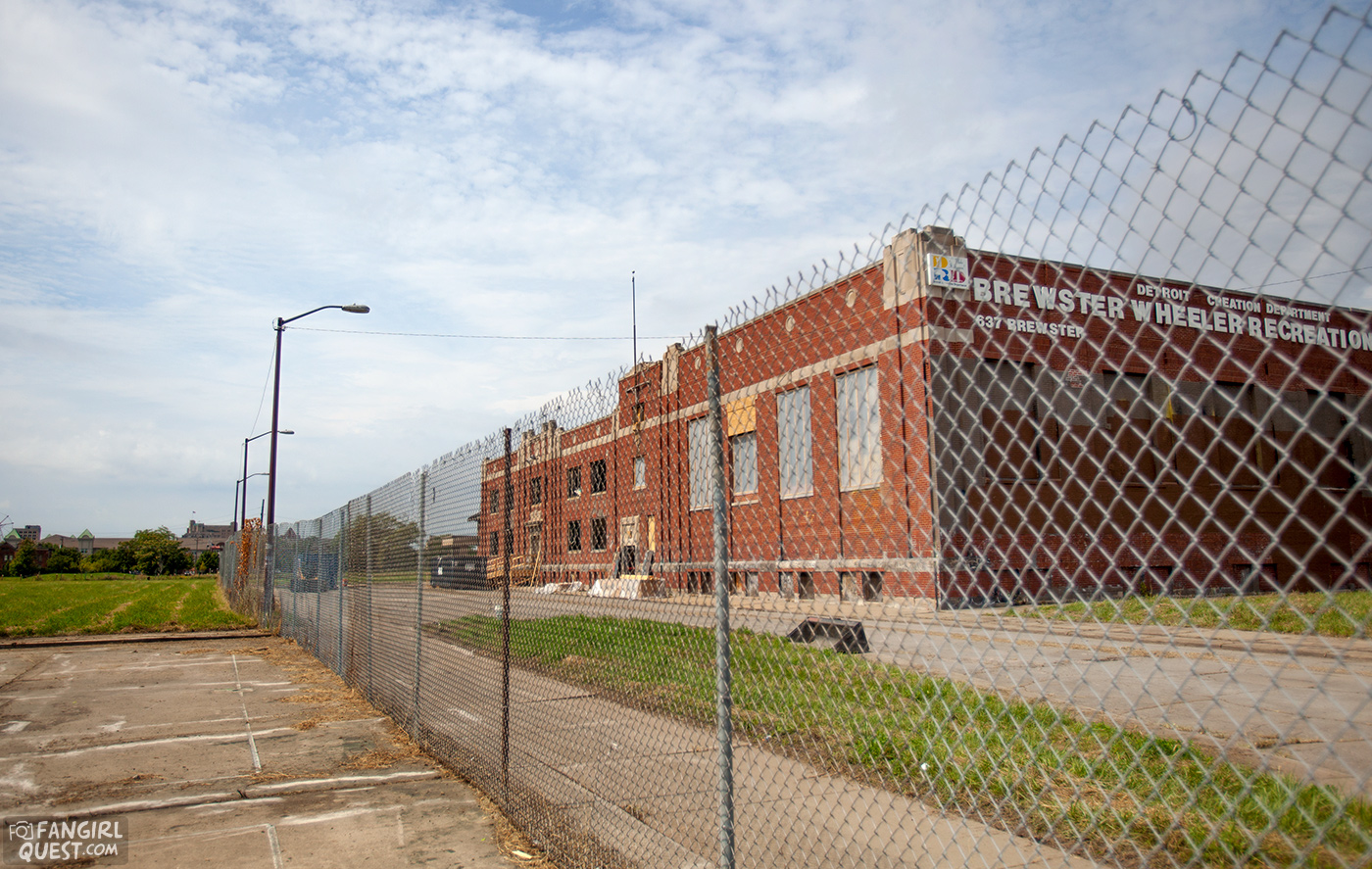 One of the locations was the Brewster-Wheeler Recreation Center, which was still there, although the surrounding buildings you can see in the background of the movie were all gone. Like they were never there. We arrived at the lot and realized it was all fenced off.

Luckily, there was a guard on site, who told us to come back later for a permission to snap a few photos. So we did, and this other guard (apparently the previous guy’s foreman) let us in for fifteen minutes — albeit eyeing us suspiciously the whole time. 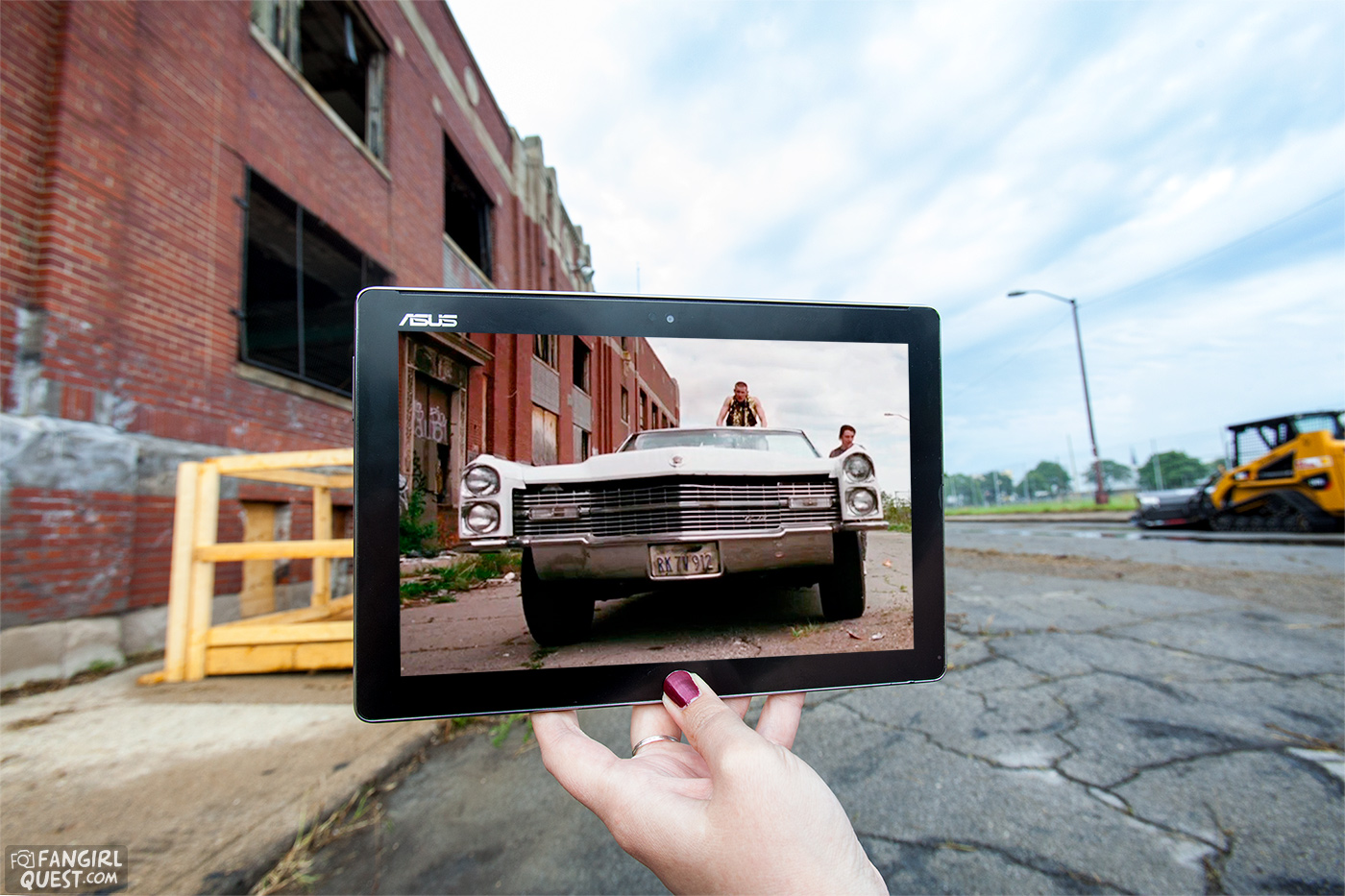 In the end, we managed to get a few good sceneframes in front of the building. 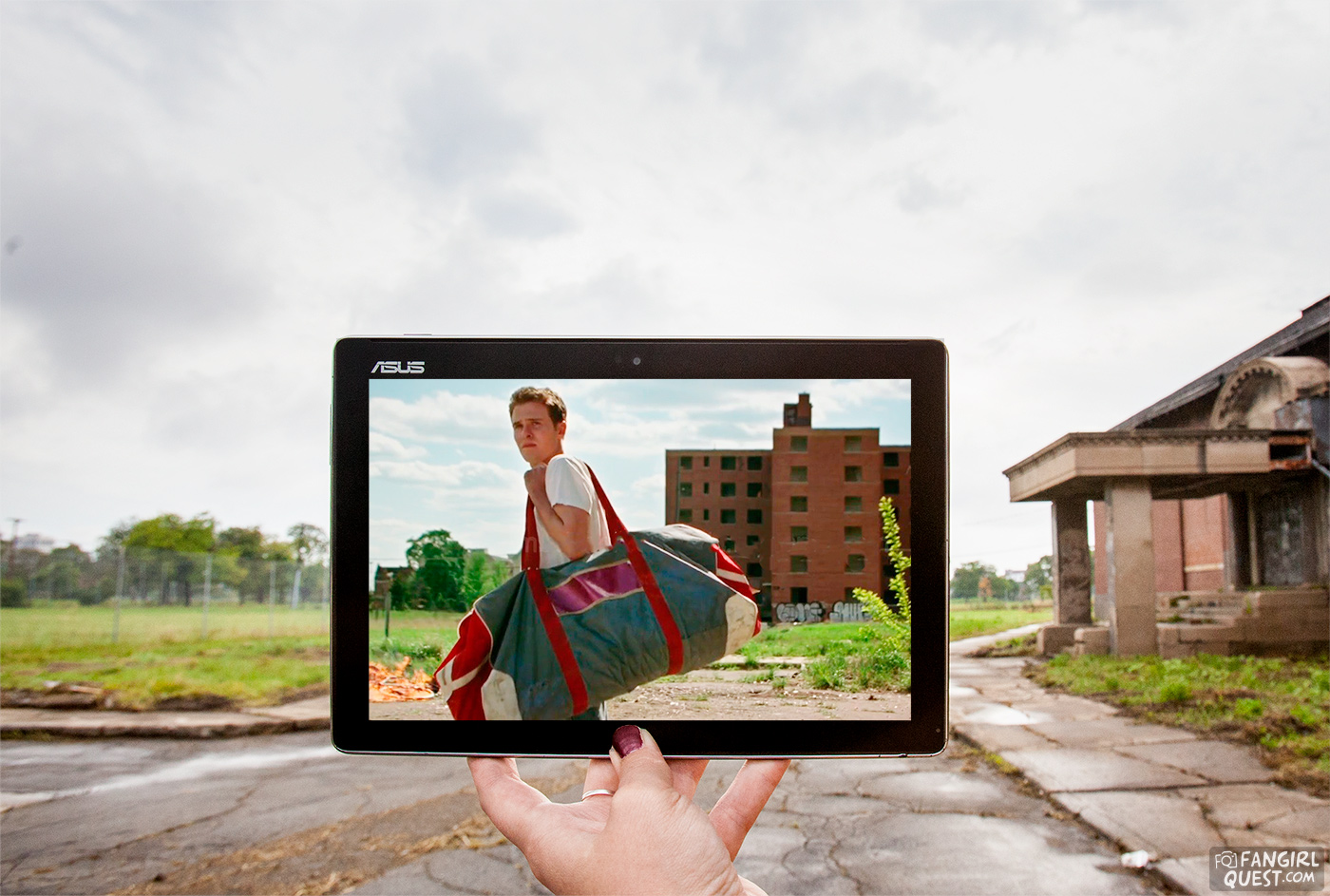 As you can see, none of the high residential buildings in the background exist anymore. We had to look at the markings on the ground, lamp-posts and trees to get the location and alignment just right, but yay! We managed. 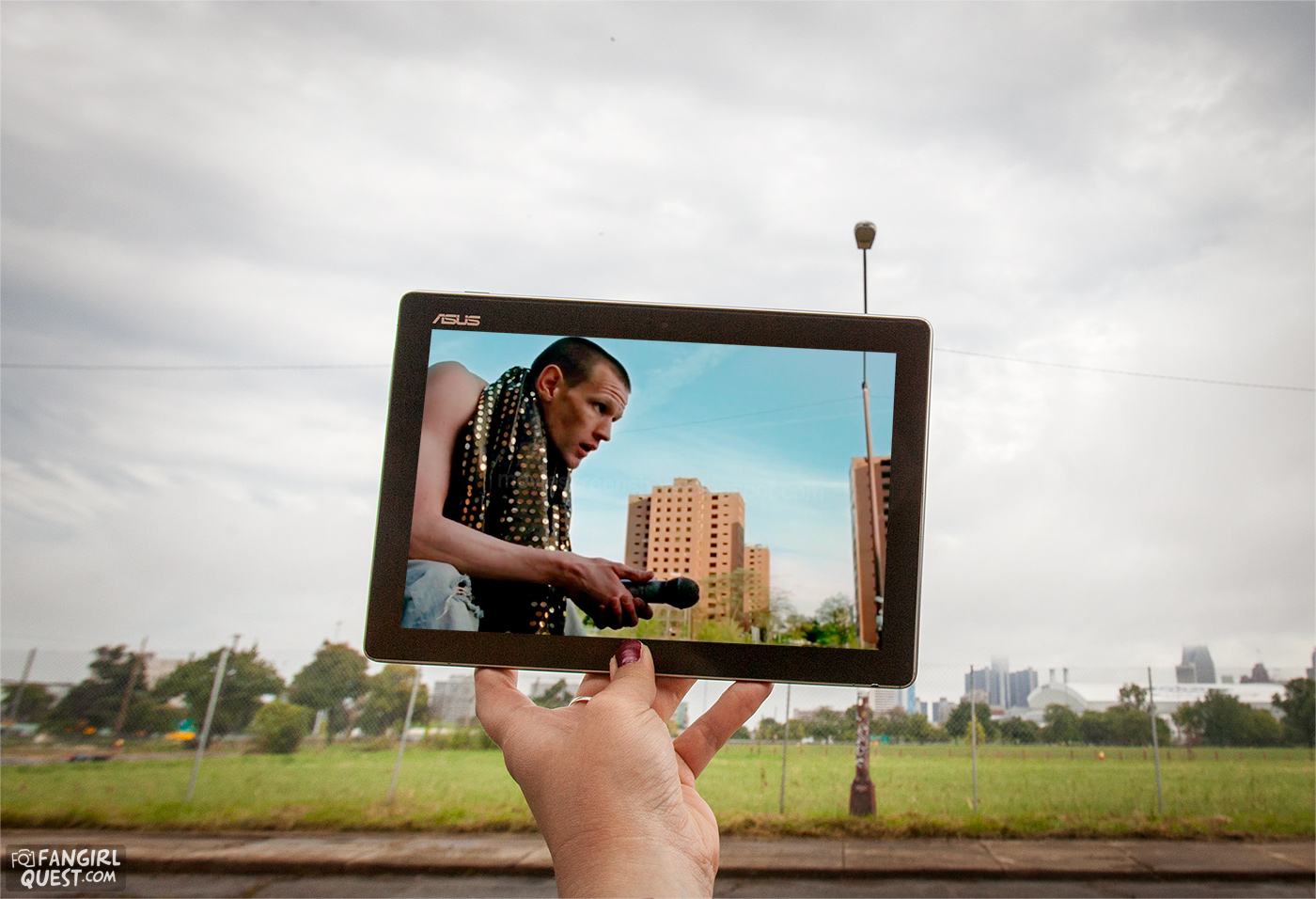 Matt Smith’s character in the movie is incredible. His character is credited as “Bully” on IMDb, and that’s exactly what he is. But in his awfulness, he’s also a colorful, entertaining and lovable fella. Very much different from Smith’s Doctor on Doctor Who, but in some peculiar and funny ways, similar as well. 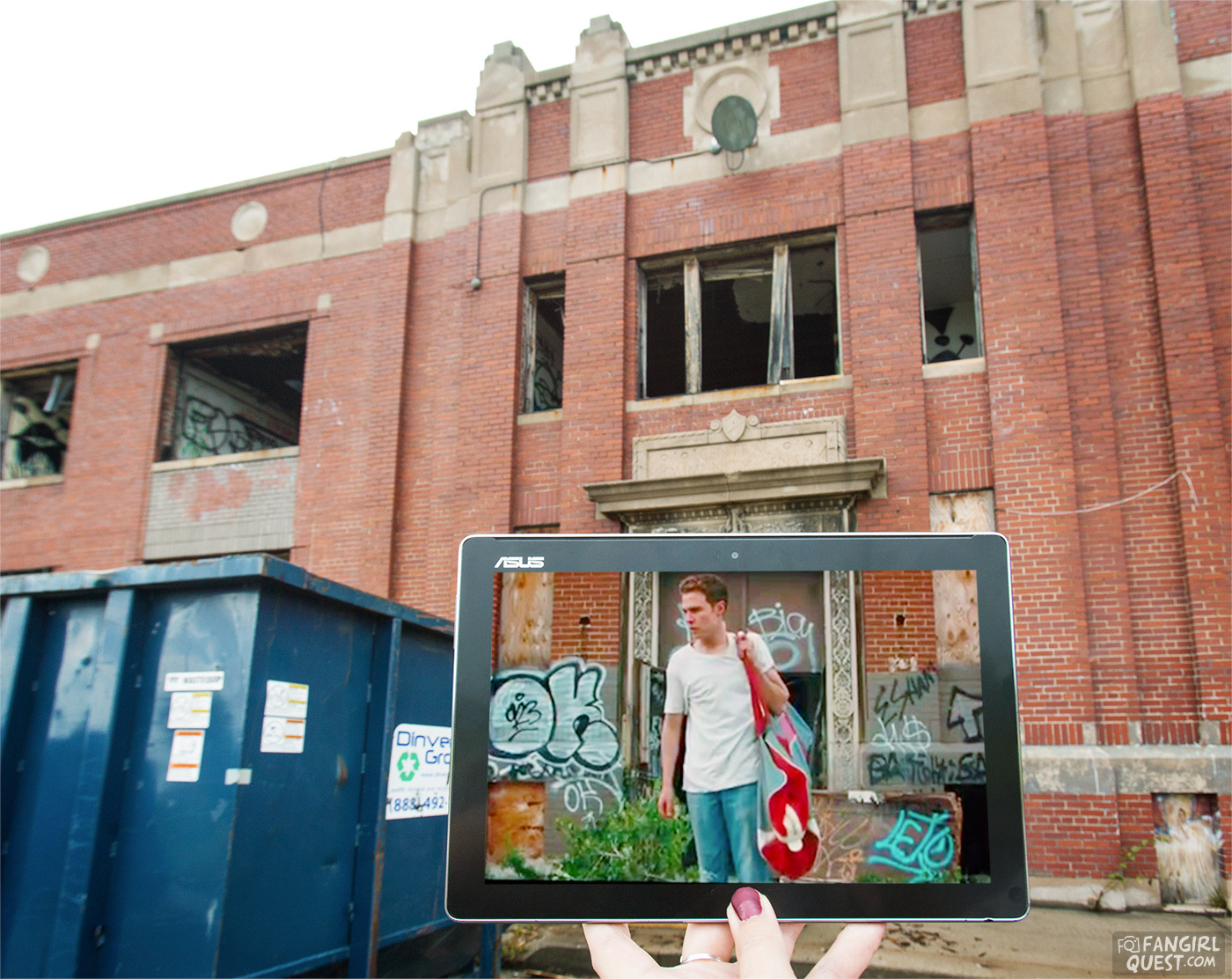 There’s always something really sad about seeing buildings like this (with colorful, important history) being let go. So it was quite amazing that apart from Gosling & co making them a big part of a horror/fairy-tale movie, we got to snap a few photos as well.

The Lost River filming locations definitely fall into the category of “it felt like we were in the movie”, which happened with The Walking Dead in Atlanta, GA and a few other films and shows as well. 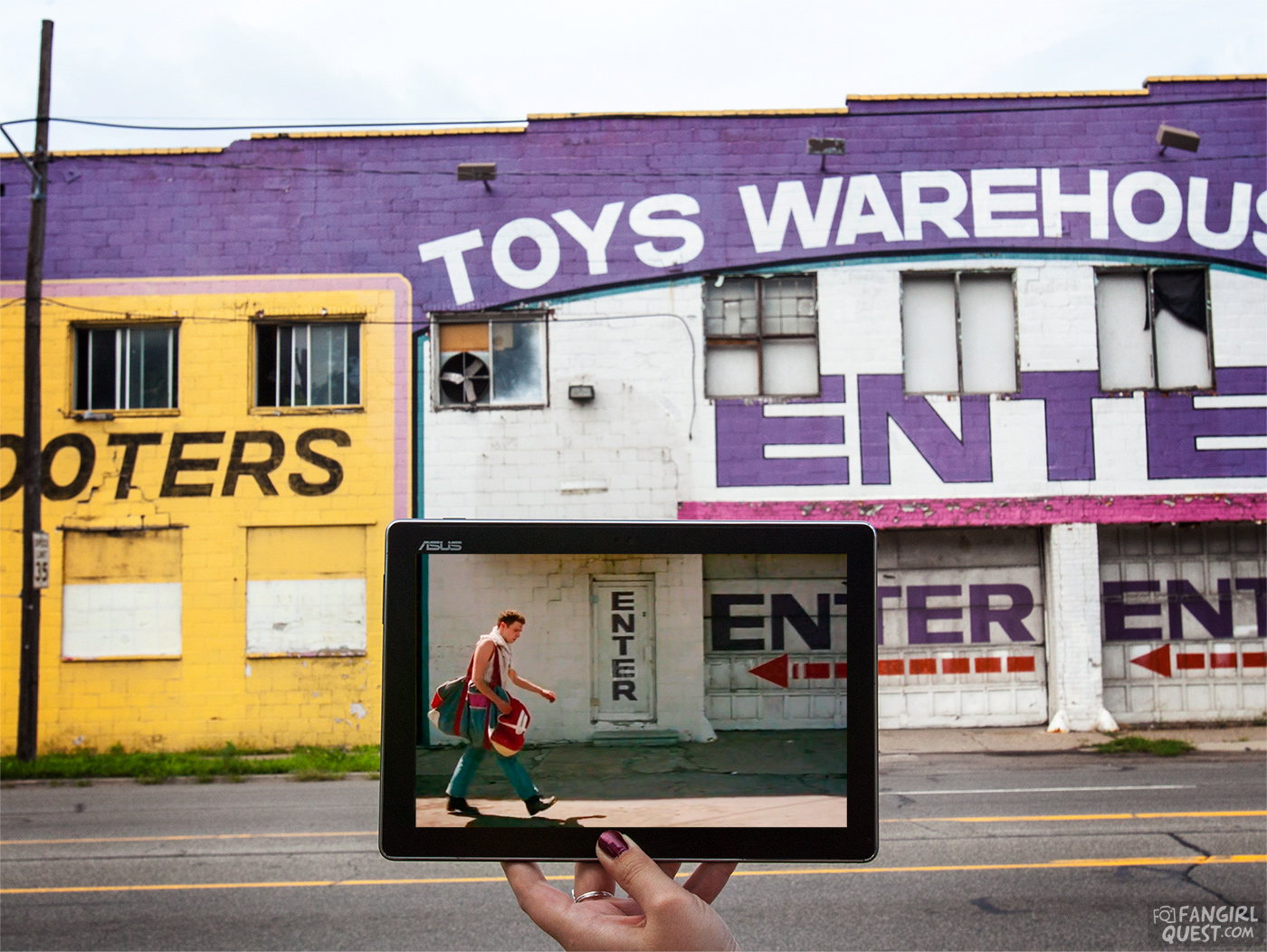 The other location we managed to find still standing for was this incredible, colourful set of buildings at 17472 Van Dyke (view on Google Maps). Some happy selfies were taken and wrong U-turns were done in front of it, but it was all good – the street was very quiet and we had it all for ourselves for a moment. 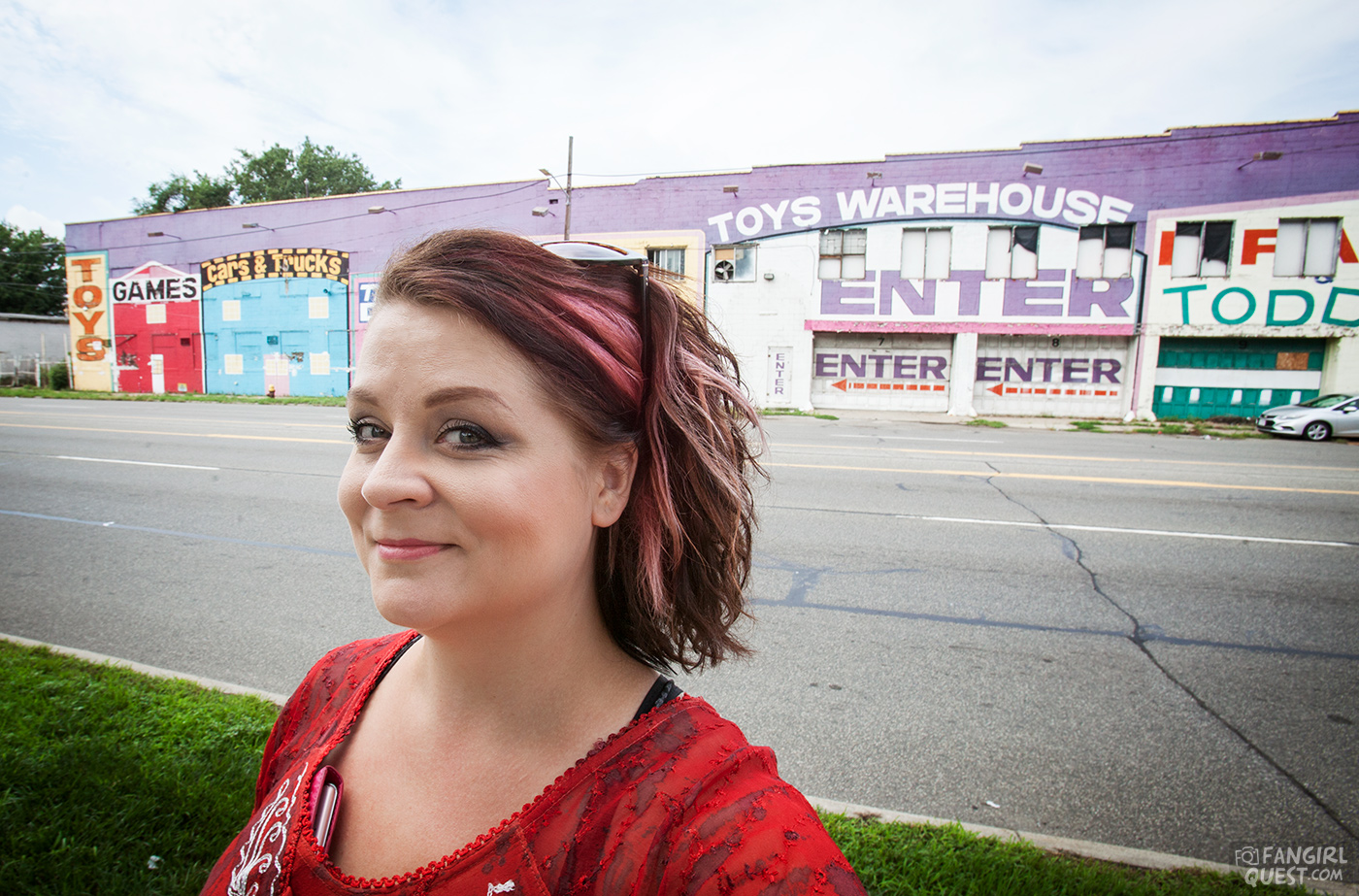 Although Lost River didn’t really become a huge hit (especially among the critics), it became quite an important one for the Ryan lovin’ fangirl called Tiia. She even sat in the front row in a Curzon Theatre in London when these two gentlemen came over for a little panel discussion before screening the film for the very first time in the UK.

Detroit on film & other lovely things we saw

We still have a few incredible travel memories from Detroit that we haven’t processed into photos and text, but we’re hoping to roll those out at some point, too. For example, the filming locations for the vampire movie Only Lovers Left Alive (Tilda Swinton, Tom Hiddleston) were some of the greatest we’ve ever visited. 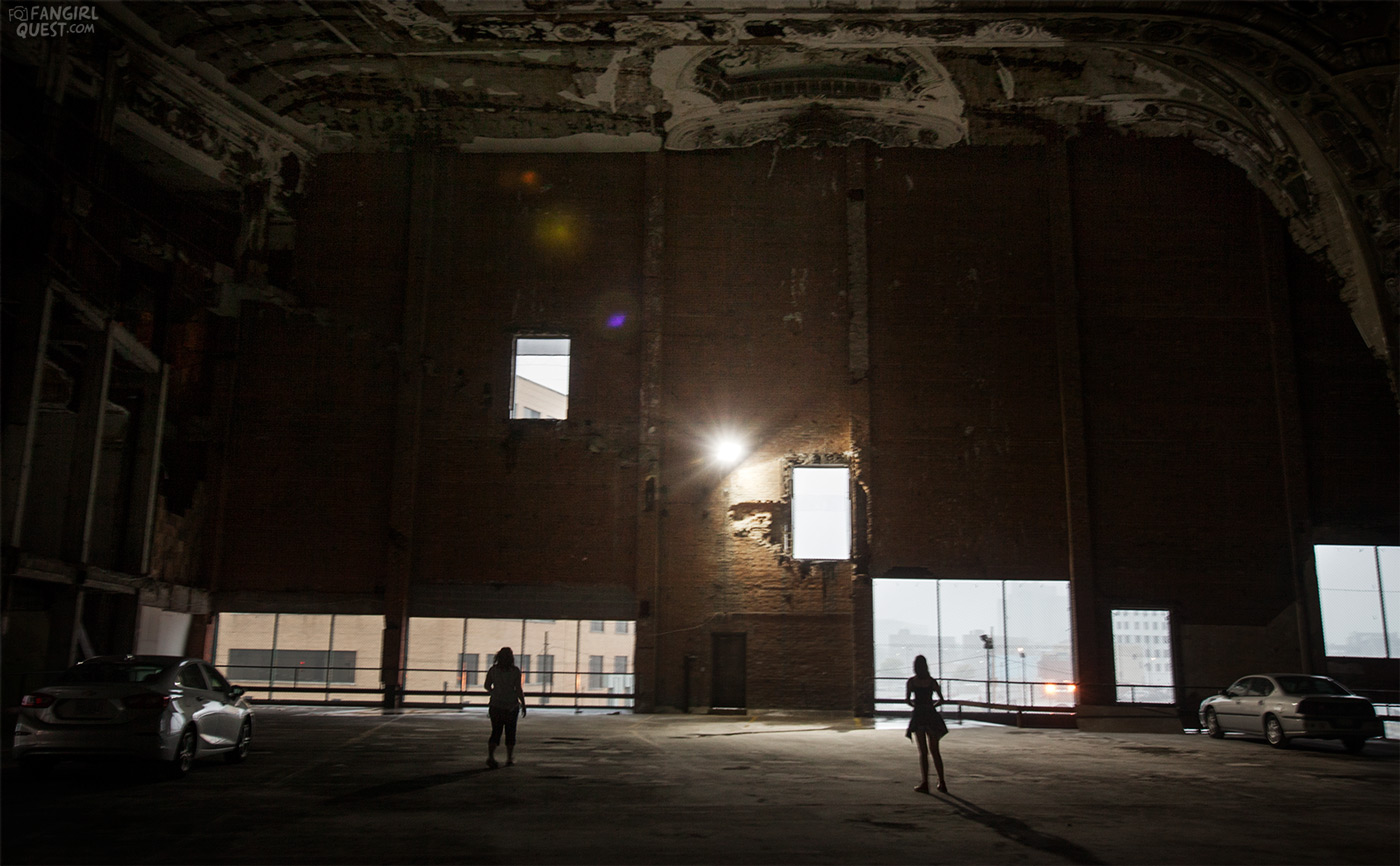 The Lovers locations included this old theatre, now a car park and a beautiful Victorian house that they have been renovating back to its very old glory in the recent years. 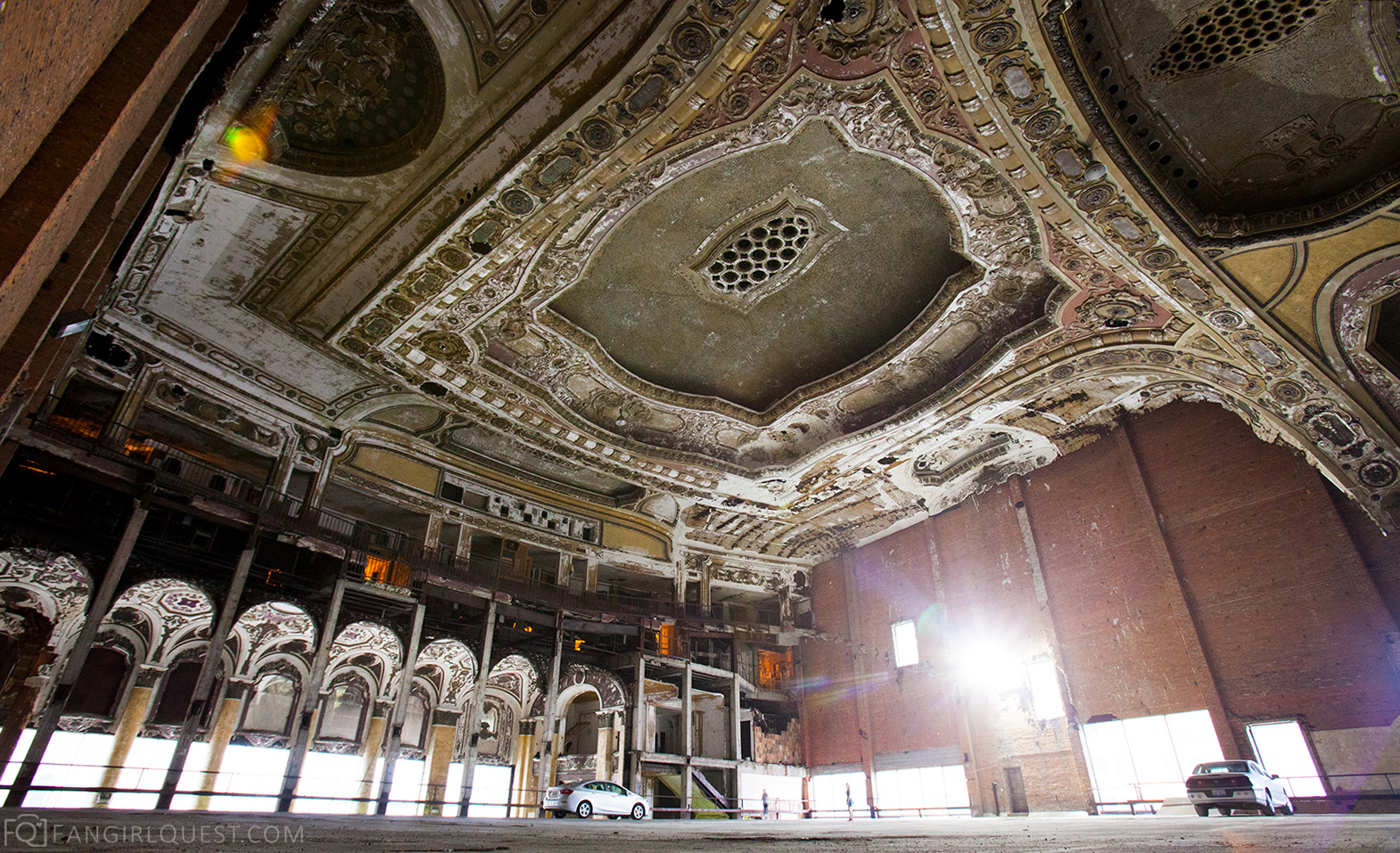 Another thing that we won’t be likely to forget very soon is the Heidelberg Project. Several blocks of colorful art, paint, graffiti, toys, cars, installations, shoes, just random crap that put together creates this unreal experience and visual treat.

We have tons of photos from this thing too, but will have to put all those in a separate article, just because the really deserve their own little spot in our blog. 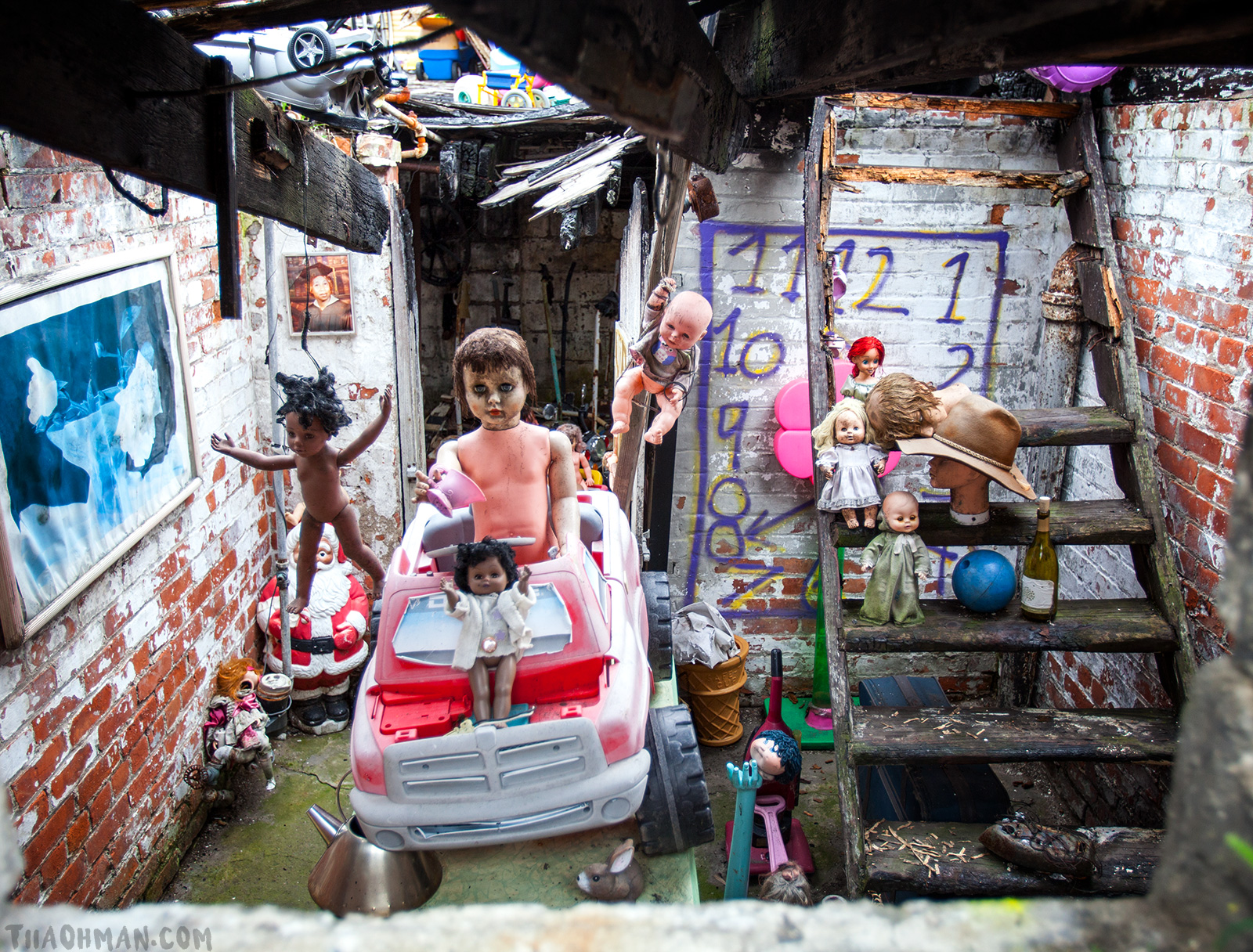 Something we would’ve never guessed to discover in Detroit: the Belle Isle Park. An absolutely stunning park area near the water with a super old Aquarium, miles of beautiful parks and fountains and the perfect spots for viewing Detroit in the sunset. 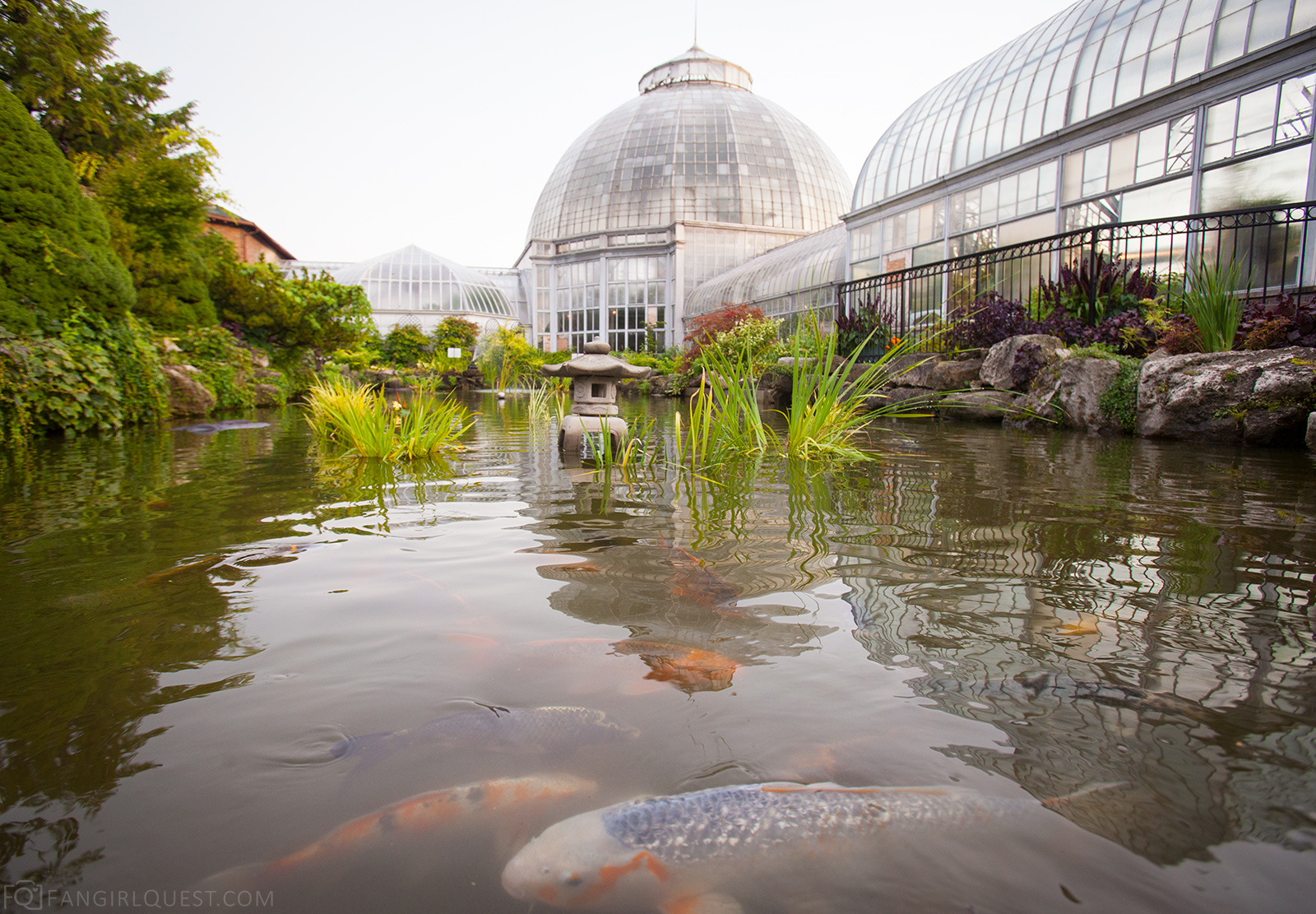 Quite surprisingly, Detroit, Michigan turned out to be much more than we expected: a vibrant city full of unbelievable things to see, friendly locals and of course, the places our dear Ryan Gosling holds so dear. 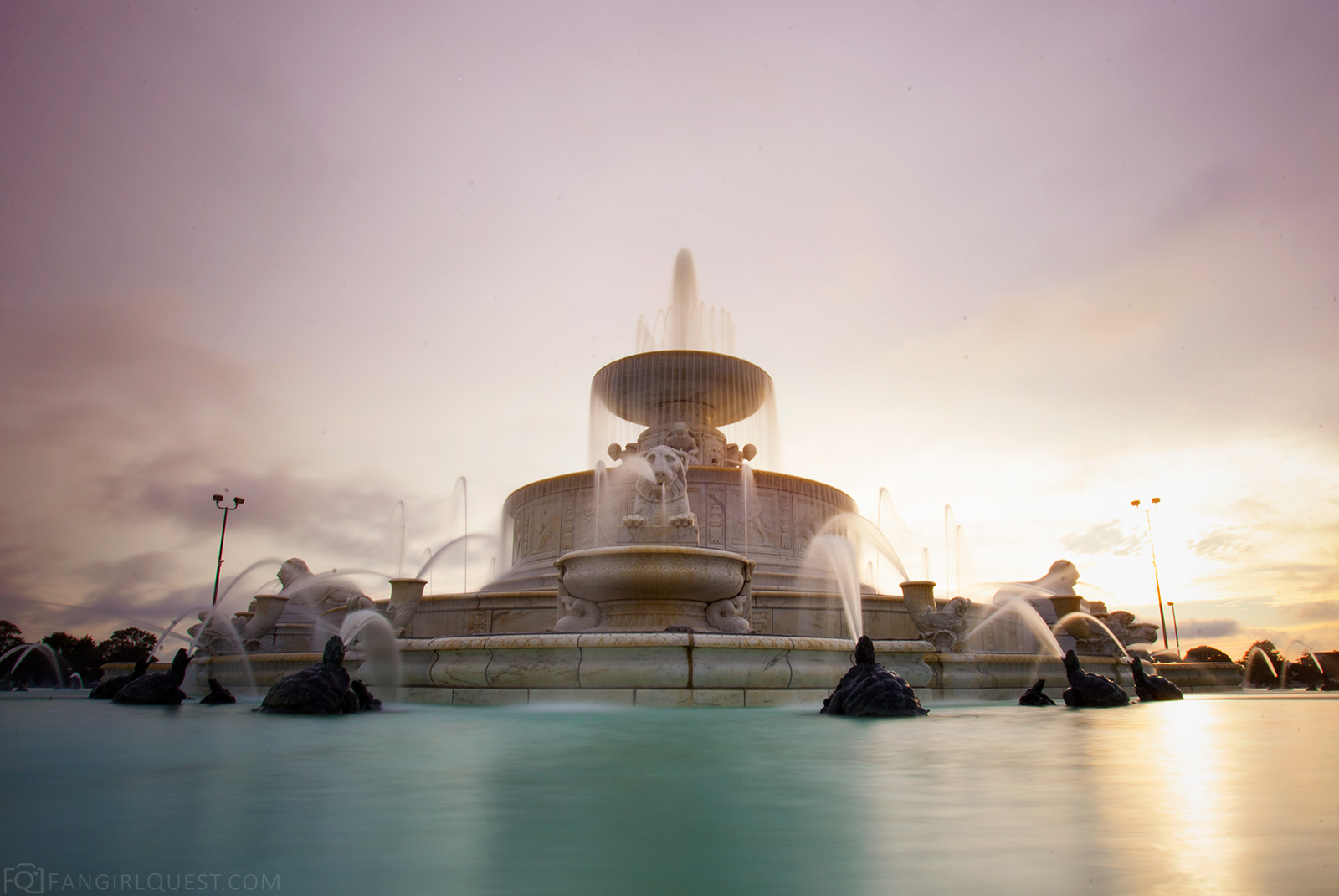