In The Footsteps Of Robin Williams, Iron Man & Ace Ventura In Miami

We’re Back… With Tons Of Amazing New Memories!

A couple of months ago we thought we’d have a pretty quiet spring after our KLM trip to Florida, but we were definitely wrong. In the next few weeks, we’ll be traveling to Lille, France to check out a massive photo exhibition featuring our sceneframing photos, then to Paris for more location adventures and finally, we’ll appear as speakers on film tourism at a Game of Thrones themed conference in Northern Ireland. Booyah! Good times ahead!

For the past couple of months we’ve been working on a photo exhibition in Lille, France. It’s all looking fantastic so far: the exhibition will be held at a big TV festival Series Mania  from April 27th until May 5th. With premieres, screenings, panel talks and much more, Series Mania is the thing to attend for any French TV fans. We’re so proud and happy to be featured in such a cool way to such a cool audience, and can’t wait to get there to see our photos printed & hung up on the exhibition walls.

We are so thankful to the organizers for being so flexible and easy to work with and can’t wait to take at least a hundred selfies in front of our exhibition wall! 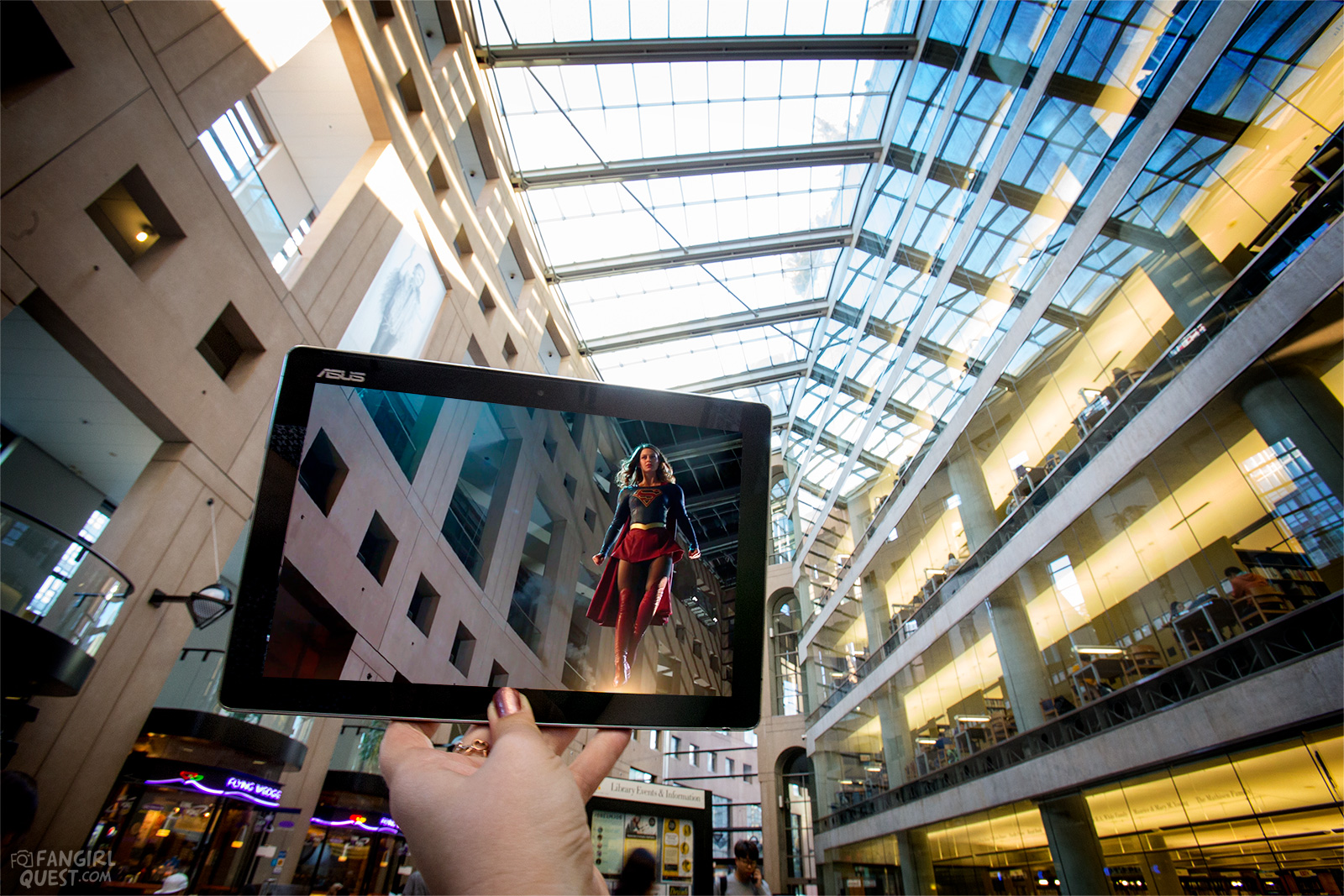 Sceneframing: aligning a screenshot from a movie or a TV show with its original background on actual filming location.

After a couple of days in Lille we’ll drive down to Paris to track down (even more!) filming locations and other fun things to do. We have a couple of lovely friends living in the city, too, so that’ll hopefully make it extra fun!

Back to Northern Ireland: a Game of Thrones location tour

It’s like a trip to France and all the excitement of a photo exhibition wasn’t enough: from France, we’ll be flying directly to Northern Ireland to tour the best of the filming location for Game of Thrones. Majestic old ruins, rocky beaches, windy fields, all the familiar sceneries with all the important characters will keep us busy, exhausted and grinning happy for several days.

There’s going to be so. many. photos. after this trip to edit!

After several days of touring, we’ll be speaking at an film tourism conference in Belfast. We’ve done one in London and a couple of conventions in Finland already, so we’re actually not that nervous about getting on stage. Weirdly, what was once super scary as a teenager is something one can get quite used to as an adult. Phew! Makes life so much easier. 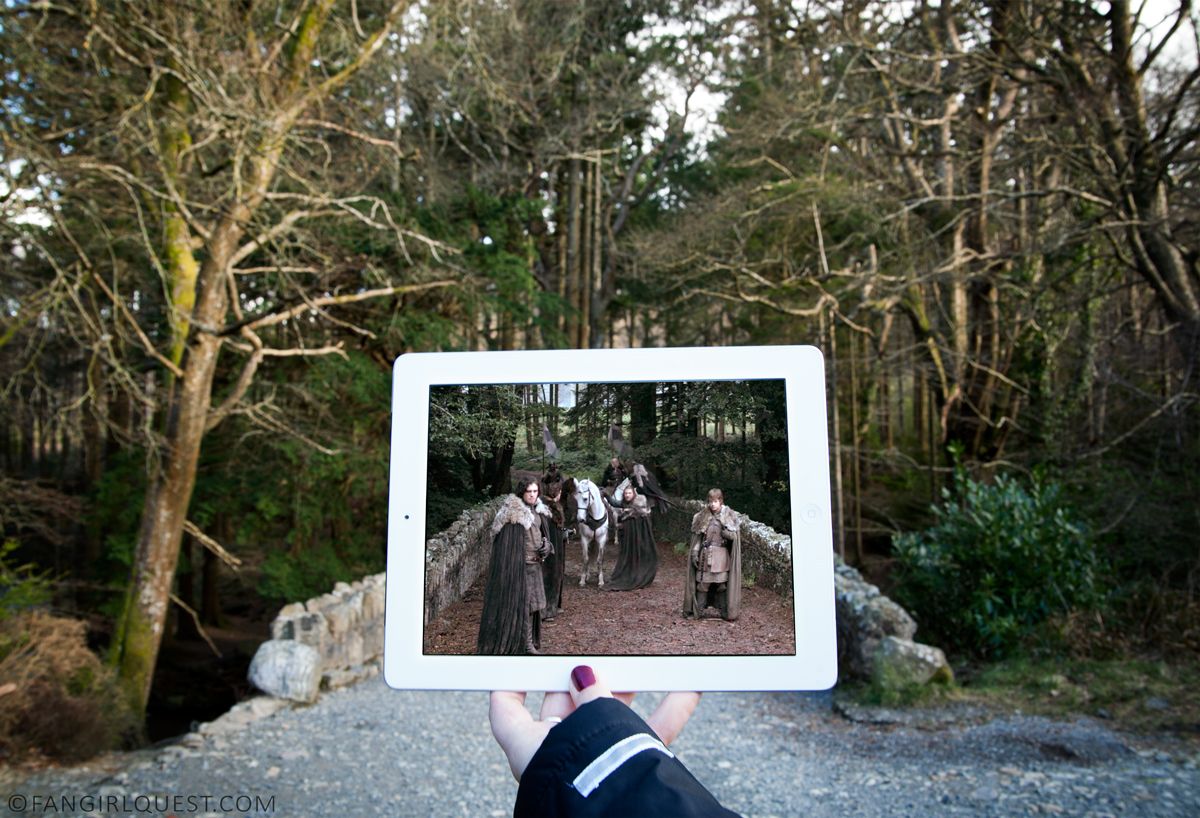 One of our GoT sceneframes from several years ago. More to follow soon!

We never expected to become experts in something so specific and unique, but here we are! After five years of blogging about filming locations and taking sceneframing photos (and even more years just traveling for film-geeky reasons), we’ve become quite familiar with the motives behind film tourism. So, it’s only natural we pay that wisdom forward.

We’re pretty certain the concept of film tourism has existed for as long as there have been movies. But lately, it’s become an even more popular thing to do. Countries like Northern Ireland, Croatia (another Thrones country), New Zealand (Lord of the Rings), Albuquerque, NM (Breaking Bad) and Vancouver, Canada (endless scifi shows and movies) are just a few examples of the destinations who have gotten their fair share of the movie tourist masses.

The smartest of the destinations have realized the marketing potential in film tourism. That’s where we come in, in this case: we get to meet the travel industry pros at a conference, share our views and learn more about our craft in the process. So, so cool, you guys! We can’t wait!

Sometimes, it’s all pretty overwhelming, the way life can take you places you never expected to go and teach you things you didn’t know you wanted to know. For lack of better words, we’ll just borrow one from the great poet Abed: “Cool cool cool.”

It seems our endless hours of fangirling, blog work and creating content wasn’t all a waste after all.