Atlanta – The Hollywood Of The South

We're pretty sure climbing all those stairs to the top would suck... But we're also sure it would be totally worth it! (c) Niki.L

According to some, having a travel bucket list is so 2017. Regardless, we can’t help but think of all the places we’d love to travel to this year, if only we had unlimited airline miles. We have some cool stuff planned for 2018, but here are some of our dream destinations that are (at least so far) just dreams.

Three words: Game of Thrones. We’ve already visited several of the show’s locations in both Northern Ireland and Iceland, but there’s so much more to see! Croatia in Eastern Europe is one the main countries where the show is filmed, and we could easily spend a couple of weeks just exploring all the locations.  Dubrovnik alone is full of familiar spots from the show, as it plays the role of King’s Landing. 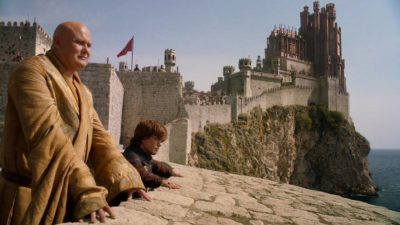 Varys and Tyrion on the city wall of King’s Landing aka Dubrovnik, Croatia (c) HBO 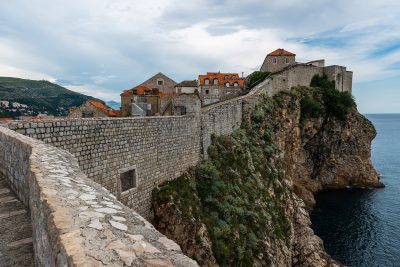 Dubrovnik plays the role of King’s Landing on HBO’s Game of Thrones. While the city is quite heavily CGI’d for the show, the rock formations are clearly recognizable. (c) MaXima Film

There’s more to Game of Thrones’ Croatia than Dubrovnik though. Lokrum Island just off of the mainland looks an awful lot like the city of Qarth. According to legend, this island is also where Richard the Lionheart took shelter after being shipwrecked returning from the crusades. The underground tunnels of the Diocletian’s palace in Split are where Daenerys locked her dragons away when they grew too big and too unruly to let roam freely.  Twenty minutes outside of the city is Fortress of Klis or Meereen, one of the slave cities Daenerys conquers. 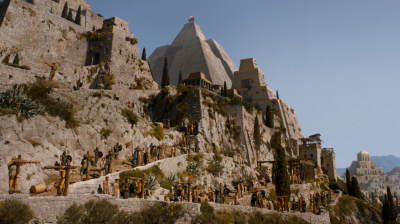 Klis Fortress near Split, Croatia sets the scene for the gruesome but fitting punishment Daenerys deals to the slave masters. (c) HBO 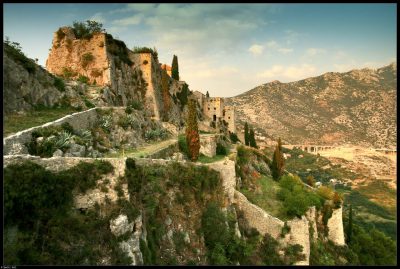 While the Great Pyramid in the background is an added graphic, Klis Fortress looks very much like Meereen also in real life.(c) &adventure, Croatia

Keeping with the theme, Spain is another country where we could dedicate a few weeks to just visiting Game of Thrones locations. During the past couple of seasons the number of Spanish locations used has grown significantly. In season 5, Dorne’s Water Gardens were filmed at the Alcazar Castle, renowned as one of the most beautiful castles in Spain.  In addition to Game of Thrones, movies like Lawrence of Arabia and Kingdom of Heaven have also filmed scenes here. 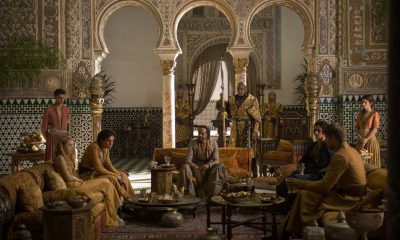 Whether or not you’re a fan of the Dorne storyline on Game of Thrones, the location for it was simply stunning! (c) HBO 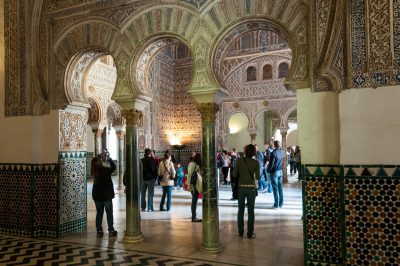 Castillo Almodovar del Rio in the province of Cordoba served as Highgarden, the ancestral home of House Tyrell.  The streets of Girona in Catalonia double as the streets of Braavos where Arya is training to be No One. Some of the Dothraki Sea scenes were filmed in the badlands of Bardenas Reales in the Navarro region. The Tower of Joy, which is a key location for a massive reveal on the show, can be found in the province of Guadalajara and is the Castle of Zafra in real life. 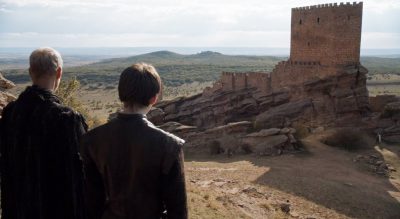 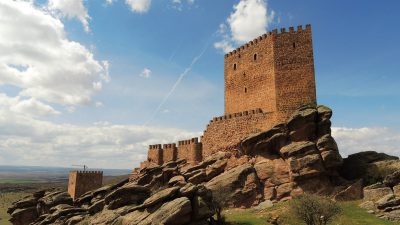 The Tower of Joy was filmed at the Castle of Zafra in Guadalajara, Spain. (c) Borjaanimal

The list goes on and on, but even if we had to pick just one location in Spain, it would be a no-brainer. In season 7, Daenerys finally makes it back to the Seven Kingdoms and her ancestral home of Dragonstone. When it first appeared on the show, we looked at the massive staircase and thought, “no way is that real”. This time however, we were wrong! While the castle on top of the stairs is all CGI, the 241 steps that zigzag to it are very real. The place is Gaztelugatxe, a small island off Spain’s Northern coast in Basque country. The sandy beach where Daenerys lands is actually an hour’s drive from here, at Muriola Beach. 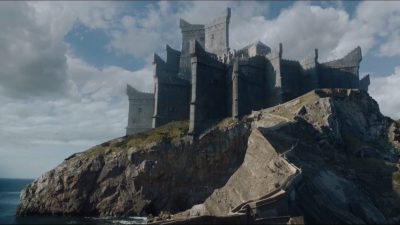 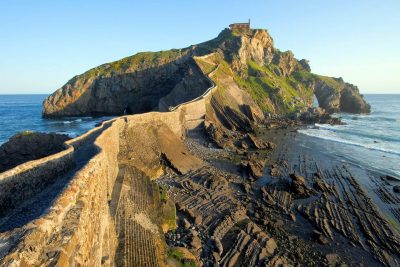 …but the landbridge and stairs leading to the island are very much real! (c) javiergil

South Africa has been on my personal bucket list ever since I saw the footage of great white sharks literally jumping out of the water in Capetown‘s coastal waters. In 2017 it also made our travel bucket list, after we both started watching the show Black Sails. While set in the Caribbean, it’s actually filmed in Capetown. All of Nassau was a set built near the city but luckily there are also some locations that we’d still be able to visit. Since then we’ve also discovered there is a lot more filmed in South Africa, including Avengers: Age of Ultron. We definitely have to make it there someday. 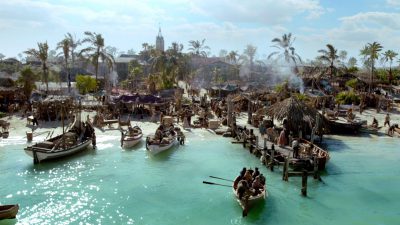 The Port of Nassau on Black Sails sure looks a lot like the Caribbean, but was actually filmed in South Africa. (c) Starz 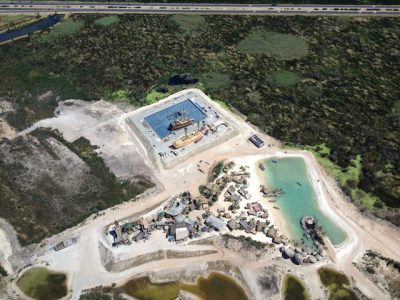 Black Sails’ Nassau is not even a real location, it was all created on a studio lot! (c) Sloane Hunter 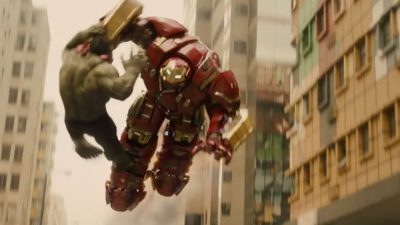 The Hulk and Iron Man’s Hulkbuster level a few city blocks of Johannesburg, South Africa as they face off in Avengers: Age of Ultron (c) Disney

Sometimes we want to visit a place because so much was filmed there (*cough* Vancouver) but sometimes all it takes is one really important movie or show to land the place on our bucket list. Namibia is a perfect example of the latter. Mad Max: Fury Road was originally meant to shoot in Australia. However, heavy rains turned the planned locations from their usual barren setting into fields of grass and desert flowers. This meant the film needed a new location for its dystopian future and ended up in the Namib Desert near Swakopmund. We might not even be able to do much sceneframing, given that most of the locations are just sand dunes, but we’d give our left arms (get it?) just to see the stunning places from this ridiculously amazing movie in real life. 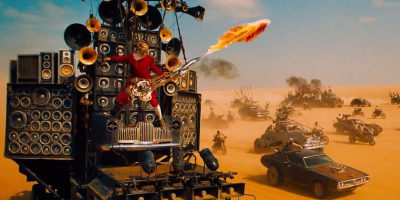 Mad Max: Fury Road had to move its production from Australia to Namibia but the end result was still ridiculously awesome. (c) Warner Bros. 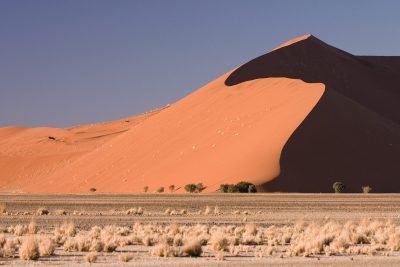 We might not even be able to pinpoint the exact locations for sceneframing, but we have a feeling a visit to Namib Desert would still be worth the trip. (c) Luca Galuzzi

We’ve said it before and we’ll say it again. Let’s face it, there’s no way we could have a travel bucket list and not include Middle Earth. Both The Lord of the Rings and The Hobbit trilogies have been filmed on location in New Zealand and there’s even an actual Hobbiton you can visit. And that’s not all! New Zealand has also been home to a host of other productions like X-Men Origins: Wolverine, the new versions of Chronicles of Narnia and the hilarious vampire mockumentary What We Do in the Shadows. Yet another reason to fly to New Zealand is the fact that Air New Zealand has by far the best airplane safety video of all time. 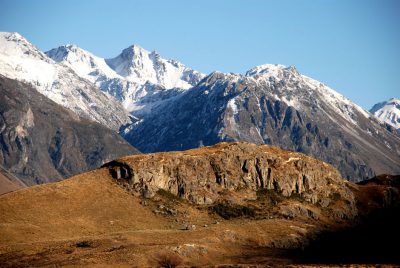 While nothing of the set remains, the location is still stunning. (c) PhillipC 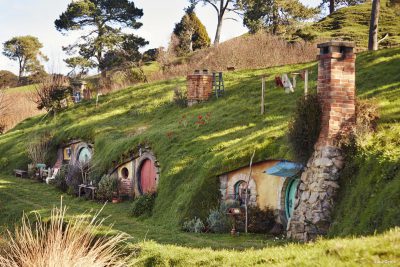 If this is not the cutest movie set ever, we don’t what is! The Hobbiton set still exists near the town of Matamata in Waikato. (c) Sara Orme 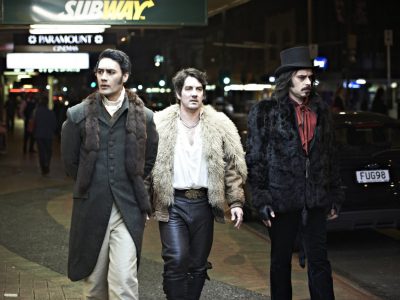 What We Do in the Shadows showcases the capital of New Zealand, Wellington. Also we have a total crush on Taika Waititi. (c) Madman Entertainment

You don’t really need any additional excuses to want to go to Hawaii do you? However, we have loads! Both Jurassic Park and Jurassic World have filmed on more than one of the islands. The island of Oahu is just full of Lost filming locations. Indiana Jones and the Kingdom of the Crystal Skull filmed some scenes on the Big Island and while sure, it’s not a great movie, we’d still love to sceneframe us some Indiana Jones. Kong: Skull Island, Hunger Games, Pirates of the Caribbean, Tropic Thunder… Let’s just say that if we ever make it to Hawaii, we’ll have very little time for lounging on the beach! 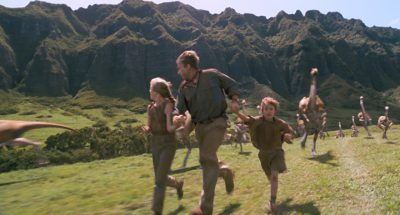 If the mountain range behind Dr. Grant and the kids in Jurassic Park looks familiar, it may be because you’ve seen it somewhere else as well… (c) Universal 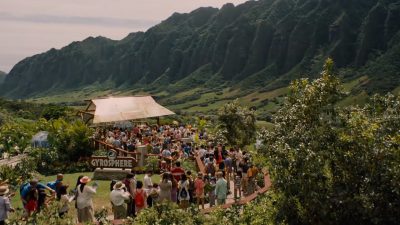 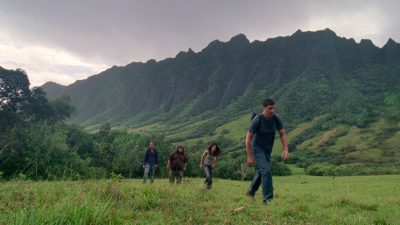 …or in Lost. The location is Kualoa Ranch on Oahu and it’s appeared in most of the productions filmed on the island. (c) ABC

Can you have a country on your bucket list even though you’ve already been there? We think so. Dublin is one of our favorite cities in the world and we’ve visited the city several times and even done a little roadtripping in Ireland. However, this was all done before we discovered the magic of film tourism. There’s loads filmed in the little island nation but we have one BIG reason to go back: Star Wars. The ruggedly beautiful island of Ahch-To, where Luke Skywalker has spent years in hiding, is actually Skellig Michael off the southwest coast of Ireland. Even when we first saw a glimpse of the island in The Force Awakens, we just knew we’d have to get there. The bounty of scenes in The Last Jedi just confirmed our suspicions: it’s an amazing location and the sceneframing possibilities are endless… 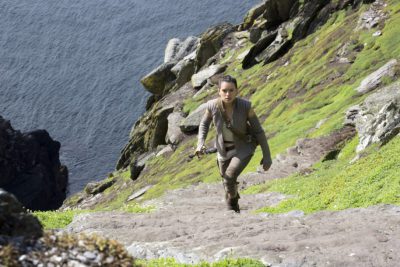 After years in hiding on the island of Achc-To aka Skellig Michael, Luke Skywalker is finally found. (c) Disney/Lucasfilm 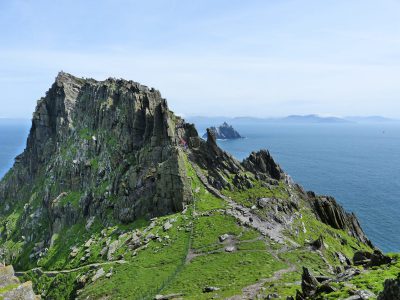 We’re pretty sure climbing all those stairs to the top would suck… But we’re also sure it would be totally worth it! (c) Niki.L 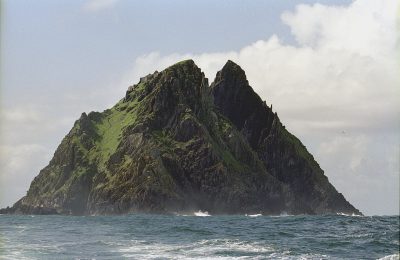 The only way to get to the island is by boat, and the number of visitors is strictly limited to preserve the UNESCO World Heritage Site. (c) Jerzy Strzelecki

Now it’s your turn! Where do you want to travel in 2018 and why? Are the flights booked already or are you just daydreaming? Tell us about your travel bucket list in the comments!