Finding filming locations in Iceland is hard. Especially when you need to find the exact same spots where something was filmed and not just the general area, which is easy enough. However, even though we couldn’t locate some of the places seen on Game of Thrones, The Secret Life of Walter Mitty, Sense8 and a few other films, we did find something else that was just as cool: an adventure in Thingvellir National Park.

To be honest, finding adventure in Iceland isn’t very hard: all you need to do, really, is to leave Reykjavik and go wherever the road takes you. 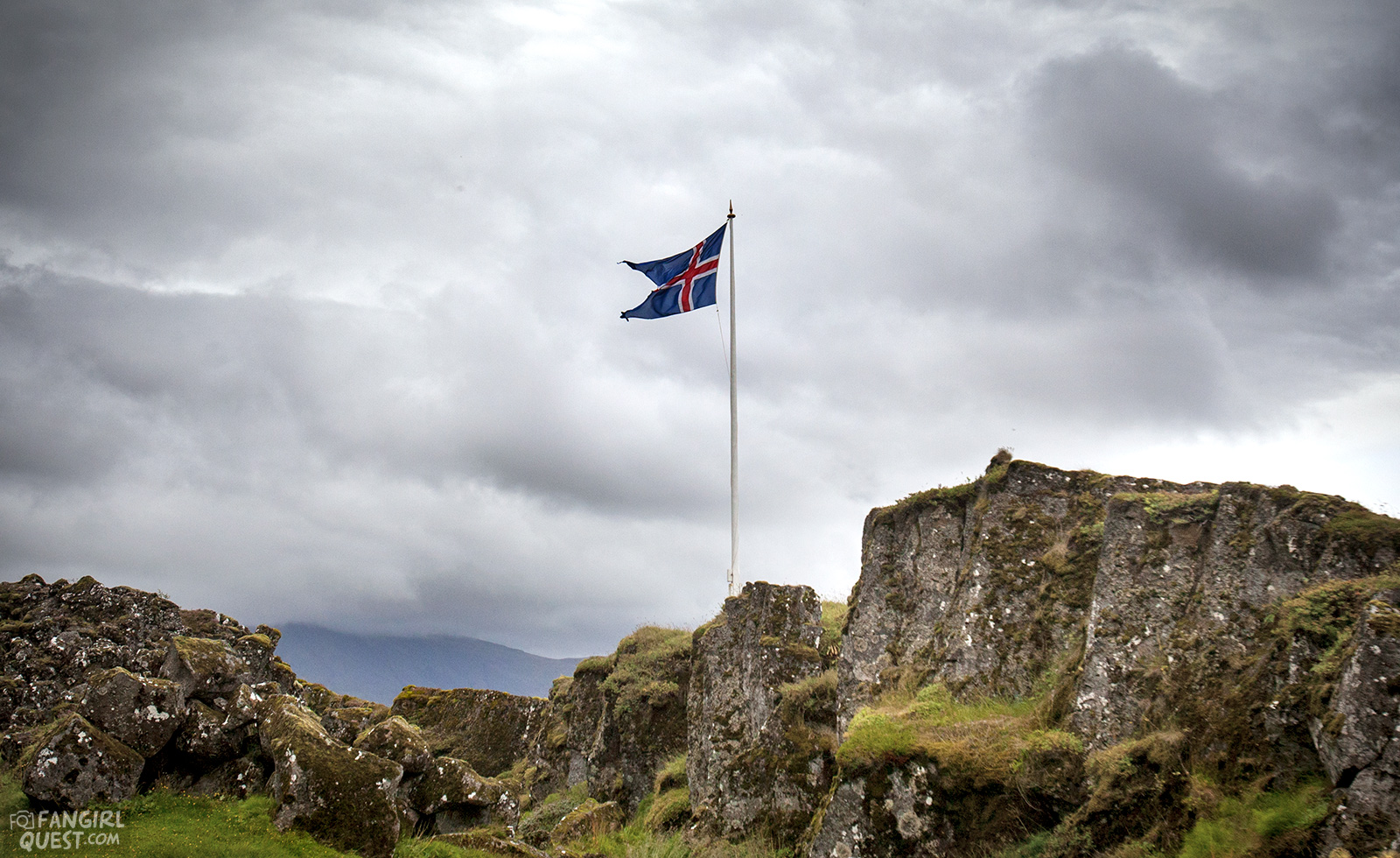 Thingvellir National Park (orig. Þjóðgarðurinn á Þingvöllum… wow) is a stunning nature park in the municipality of Bláskógabyggð in southwestern Iceland, about 40 km northeast of Reykjavík. We went searching for some Game of Thrones locations, and even though nothing seems exactly the same as it did on film, we did manage to sceneframe a couple of photos. 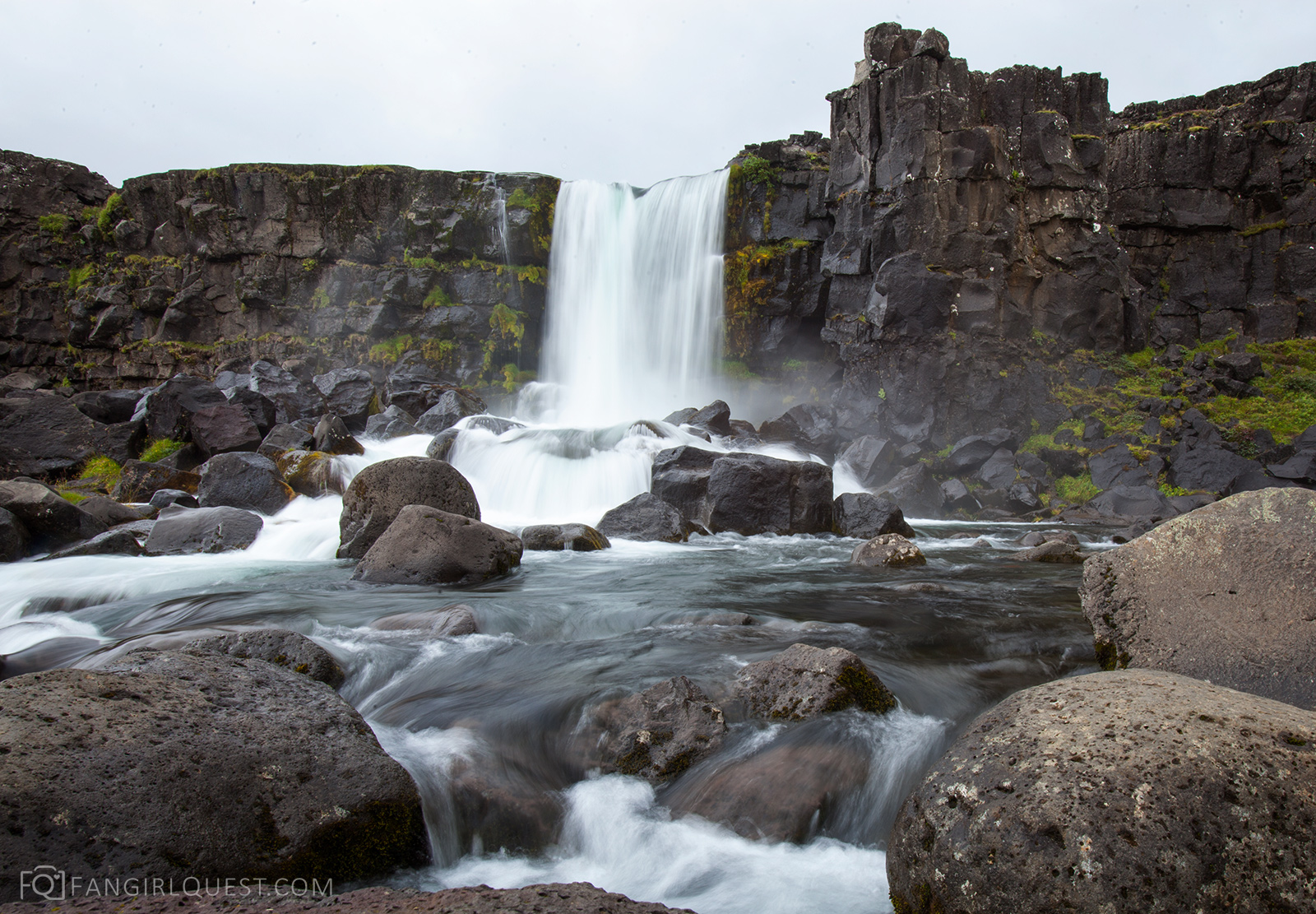 After finding a good parking spot for the car and taking in our bearings, we ended up spending a couple of hours roaming the grounds of Thingvellir. What an otherworldly place it was! The weather wasn’t the best (especially for photography), but we didn’t mind. Admiring the waterfalls and streams, the harsh rock cliffs and huge fissures… all of it was just the perfect example of what it is exactly that makes Iceland so majestic.

The name Þingvellir is derived from the Old Norse Þingvǫllr, from þing (“thing, assembly”) and vǫllr (“field”), meaning assembly fields. 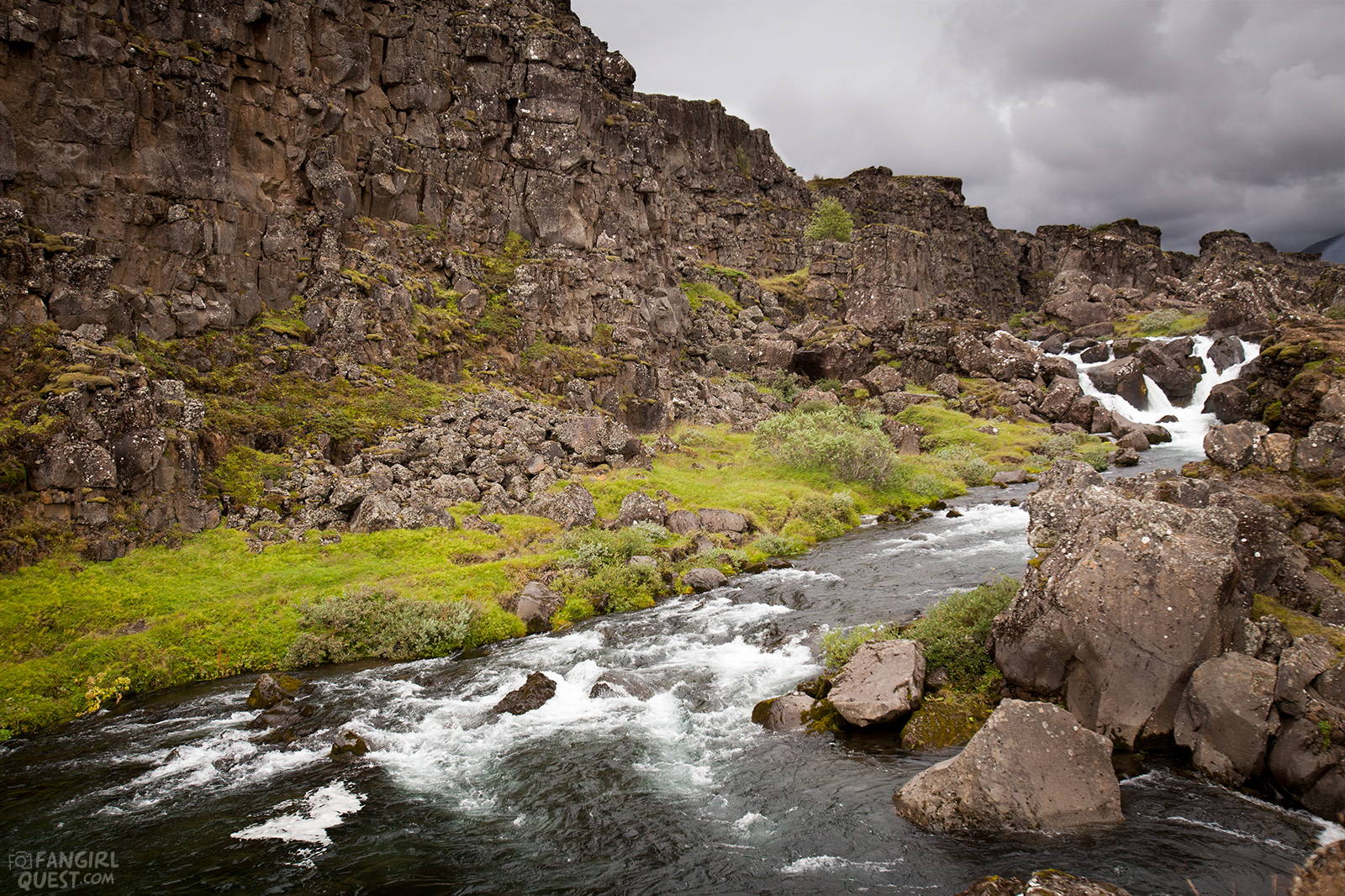 There’s several directions you can approach the park from: there are parking lots here and there, there’s the information center and high grounds, as well as pathways leading the touristy folk up and down the hills. Unless you’re looking for something specific like we were, it doesn’t really matter where you park the car: all the walking routes are amazing enough!

However, if you’re traveling with small children or disabled people, we definitely recommend the parking lot at the information center. They have toilets, a small cafe and the gift shop there, but also a lovely viewing platform where you can see most of the area at one glance. From there, it’s easy to proceed down the gravel path to see more.

So, these were the Game of Thrones scenes we were looking for. We found (what looked like) the right canyon type thing wedged in between two menacing looking rock walls, but finding the exact same rock formations was another thing altogether. Nothing was the exact same, just somewhat similar. If we got the ground right, the stuff in the background matched. And when we found a rock formation that kind of looked like what we’d seen on the show, nothing else in the image aligned perfectly.

So, in the end, we just had to take our best guess. But the sceneframes turned out quite alright, didn’t they? We’re really happy that they did, as we both love these two ginger badasses quite a lot! 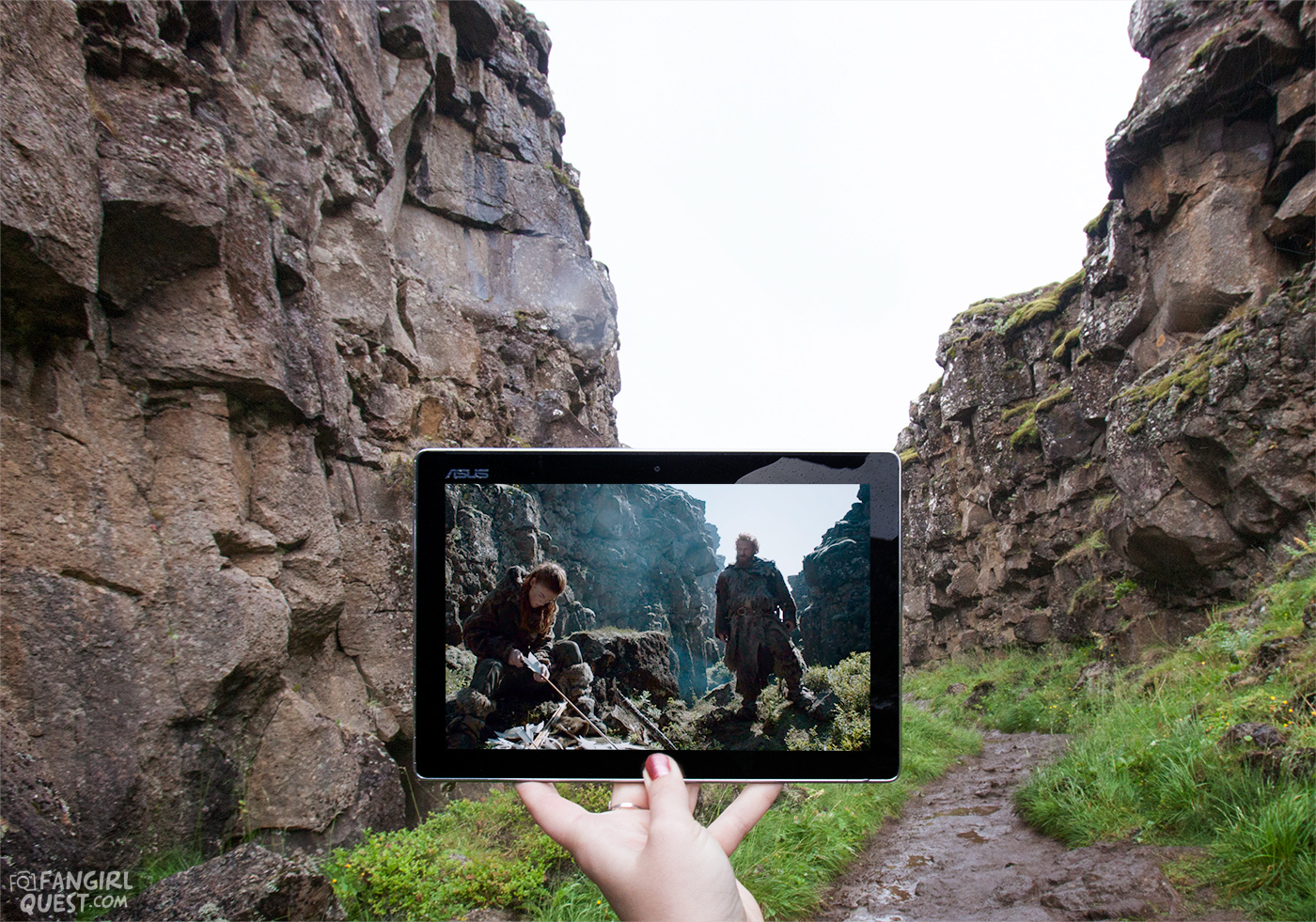 At one point, Satu dropped our brand new ASUS tablet right into a pile of rocks… but it survived. We just have a tiny scratch on the anti-glare film now, as a memory from the rockin’ times in Iceland.

(Oh, and for the record: we asked around and one of the workers at the information center swore this was the right spot. That this is exactly where they filmed Game of Thrones. So we’ll just have to take his word for it.) 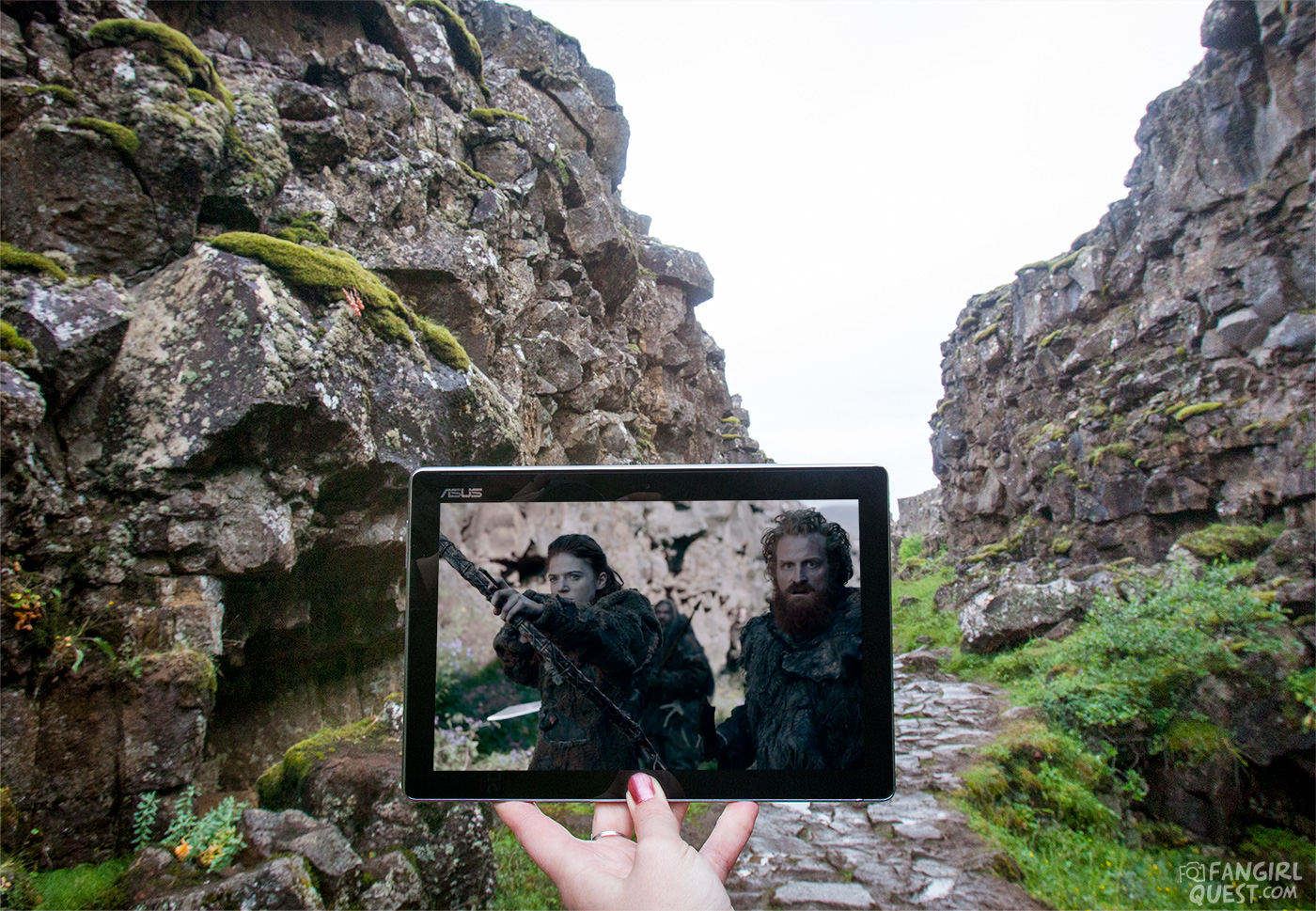 Another funny thing about Iceland is, of course, the weather. You’ll always have to be prepared for everything: you never know when the rain, the wind or just stormy times in general are going to catch up with you.

Or you might just end up walking around in perfect sunshine, listening to the local bird species sing, enjoying the peace and quite.

That didn’t really happen to us, as you can see. Stormy days is what we’ll always remember from our visit! 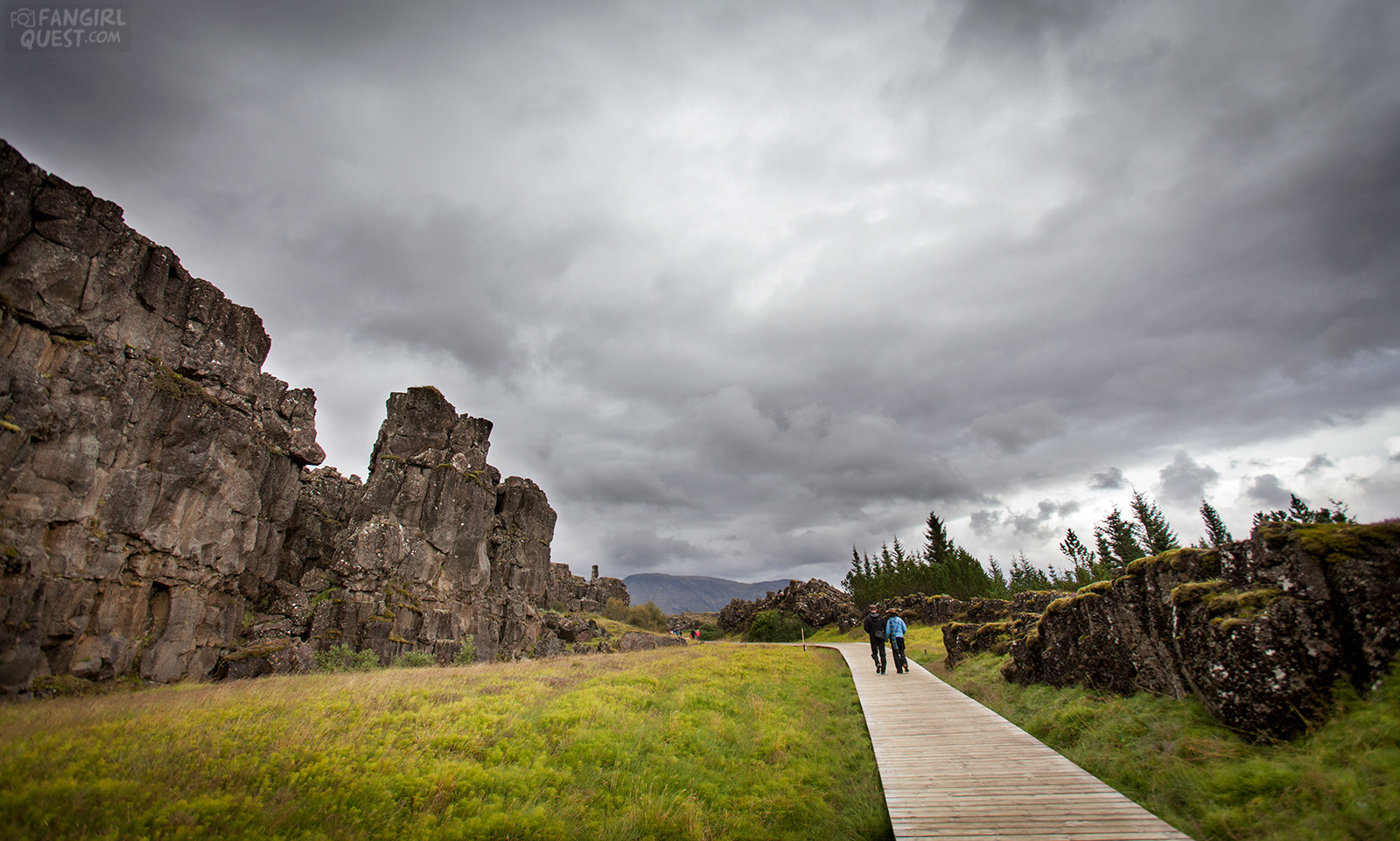 We’re hoping to go back to Iceland some day. Maybe spend a little more time than we did this time and do the full Highway 1 circle around the island. Even though we saw a lot in just four days, Iceland really seems like the kind of place where you need to go deeper. Further. To just park the car and go explore, even if there are no apparent tourist attractions anywhere. 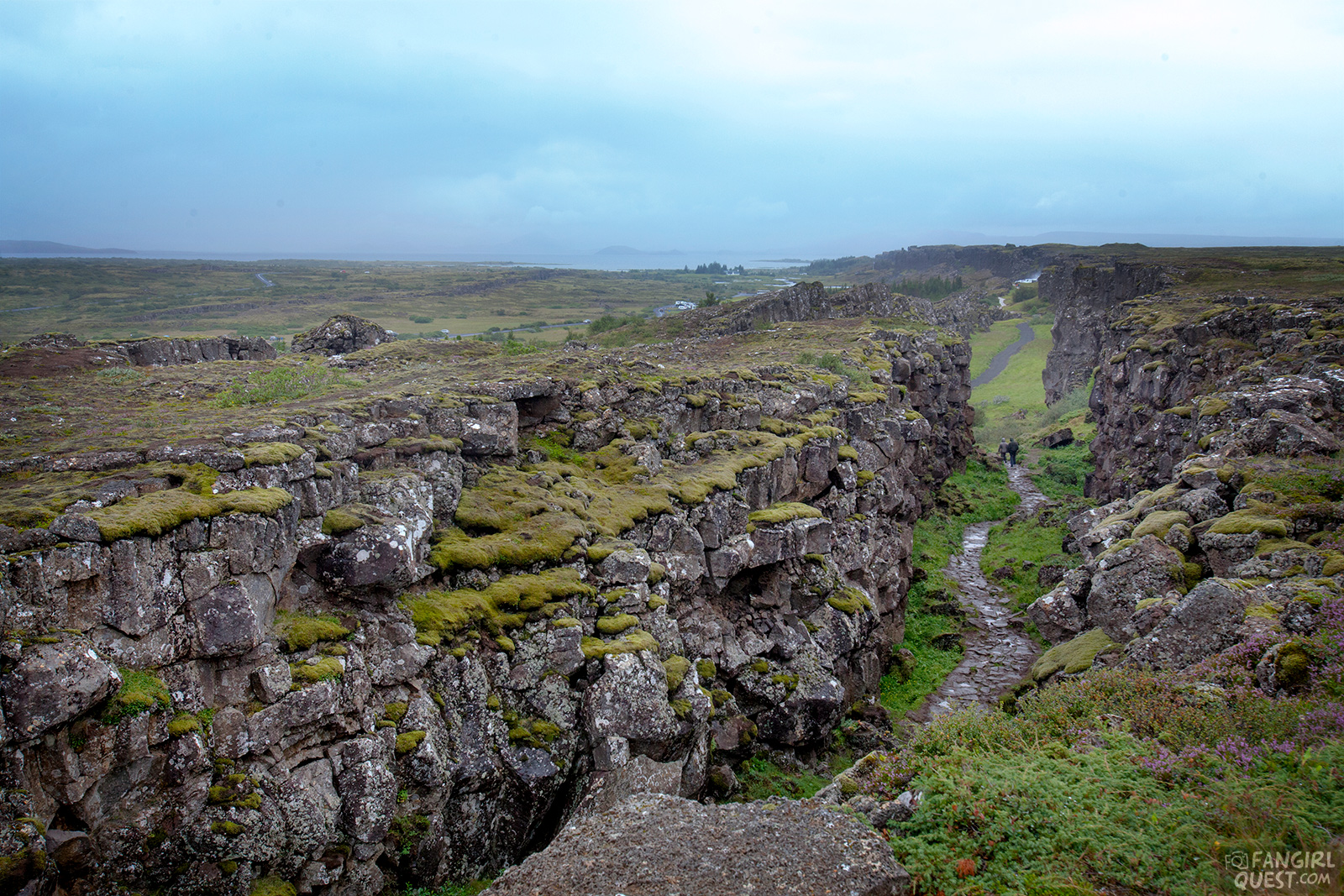 We didn’t even plan upon it, but luckily we did get a little lost every now and then while looking for our dear filming locations. We found nooks and corners, sceneries and pathways that we never could’ve spotted on the map. 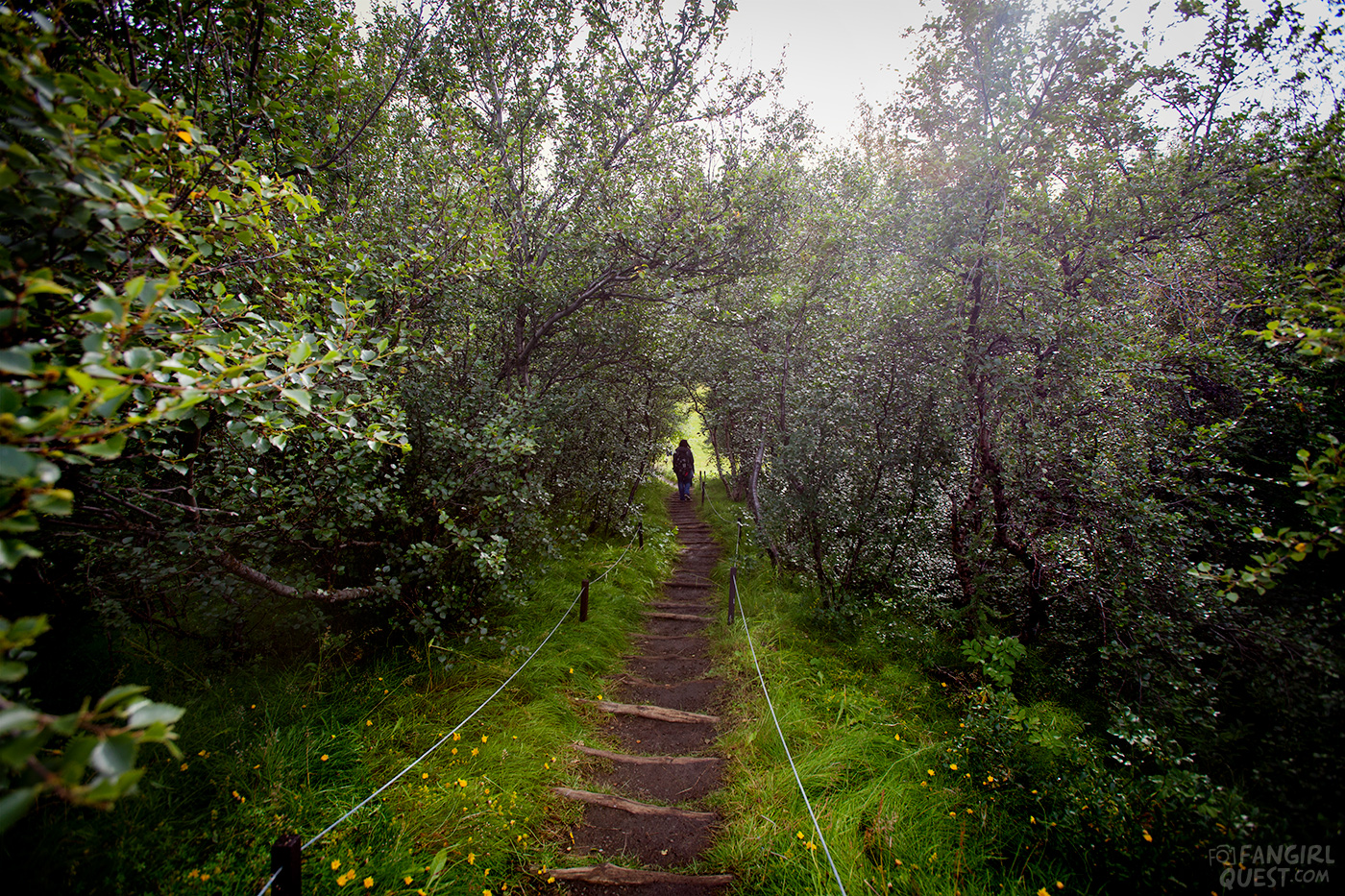 Warmly recommended: a stopover in Iceland. If you’re visiting from Finland (like us!), the United Kingdom or the rest of Europe, you should definitely look into Icelandair’s StopOver deals!

Collaboration post: Some parts of our movie roadtrip 2016 were done in collaboration with Icelandair, hotels, businesses and tourism offices. All opinions, experiences and views, however, are 100% our own. One simply can not buy our love <3