Wow, this scene! These characters! These actors! This location. We were very excited about Star Trek Into Darkness, mostly because we had just recently discovered the first Star Trek film by J.J. Abrams, but also because our forever favorite Benedict Cumberbatch had been cast as the main baddie.

To snap these frames we drove over to the Creative Artists Agency building in Century City, Los Angeles. Although most of what you see during this scene in the movie is cgi, it still very much feels like you’re standing on a scifi movie set once you enter the square between these buildings.

The location itself looks like something straight out of a sci-fi film, so it’s no wonder they picked it for this movie. If you want to read more about some fantastic Star Trek locations, head on over to check out our 5 Star Trek Filming Locations Every Fan Should Visit. 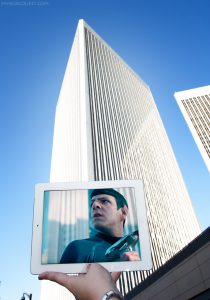 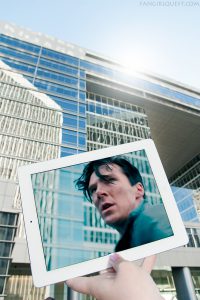 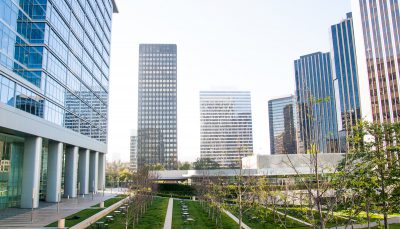 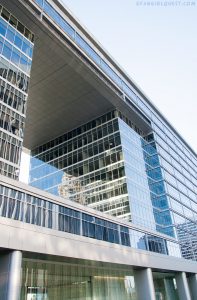 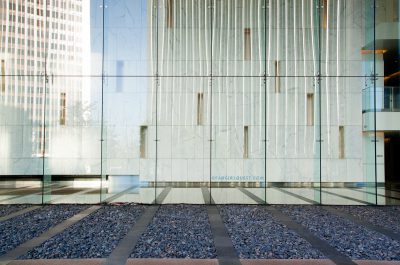 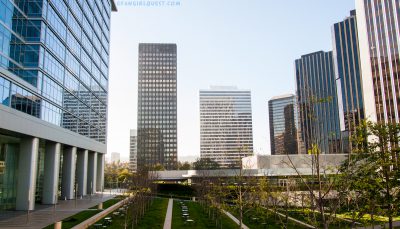 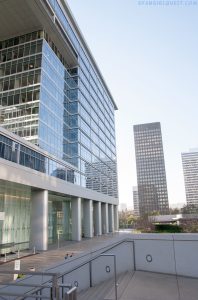 There’s also a map link below to help you find your way to Century City. Please do check parking and other details before going, as it’s more of a business building than a tourist attraction. Photography is not allowed inside the building (used in the scene as well), but as long as you’re polite and let the information desk guard know what you’re there for, you should be ok.