Ok, so when I say epic I really mean it. Because “epic” is simply the best word to describe the thing called Secret Cinema presents Blade Runner – The Final Cut: A Secret Live Experience in London.

Secret Cinema started with smaller events years ago, but these nights of collective movie geekdom and immersive film inpired adventures have now grown into something massive, unforgettable and almost indescribable. But let me try… without giving away too many spoilers, of course. 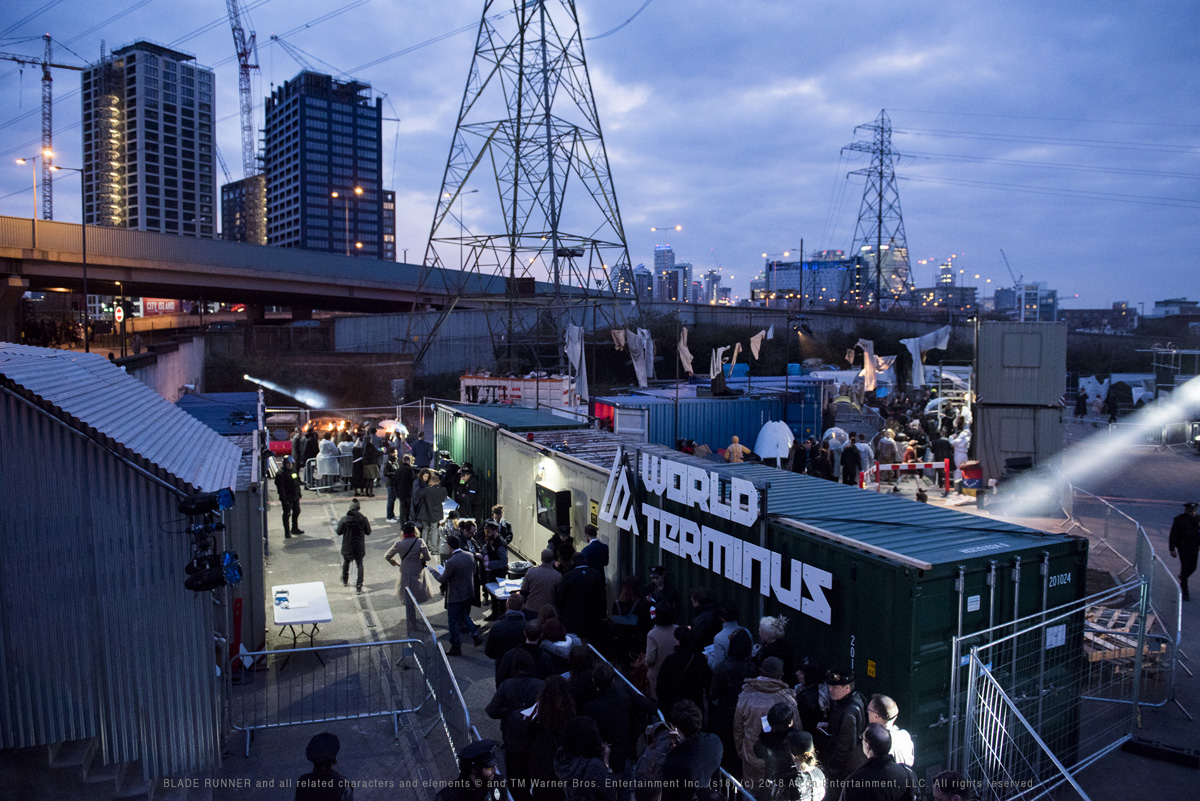 Once you get inside, there’s no turning back… © Camilla Greenwell / Secret Cinema

What is Secret Cinema about?

One of Secret Cinema’s taglines has always been “tell no-one”. No photography, videos, selfies or cellphones are allowed inside the thing either, and there’s a good reason for it: the elements of surprise, adventure and “wow” are a big part of what makes the whole thing so unique. That’s why I won’t go into very many details from our Blade Runner experience, but instead try to explain what you can expect in general. 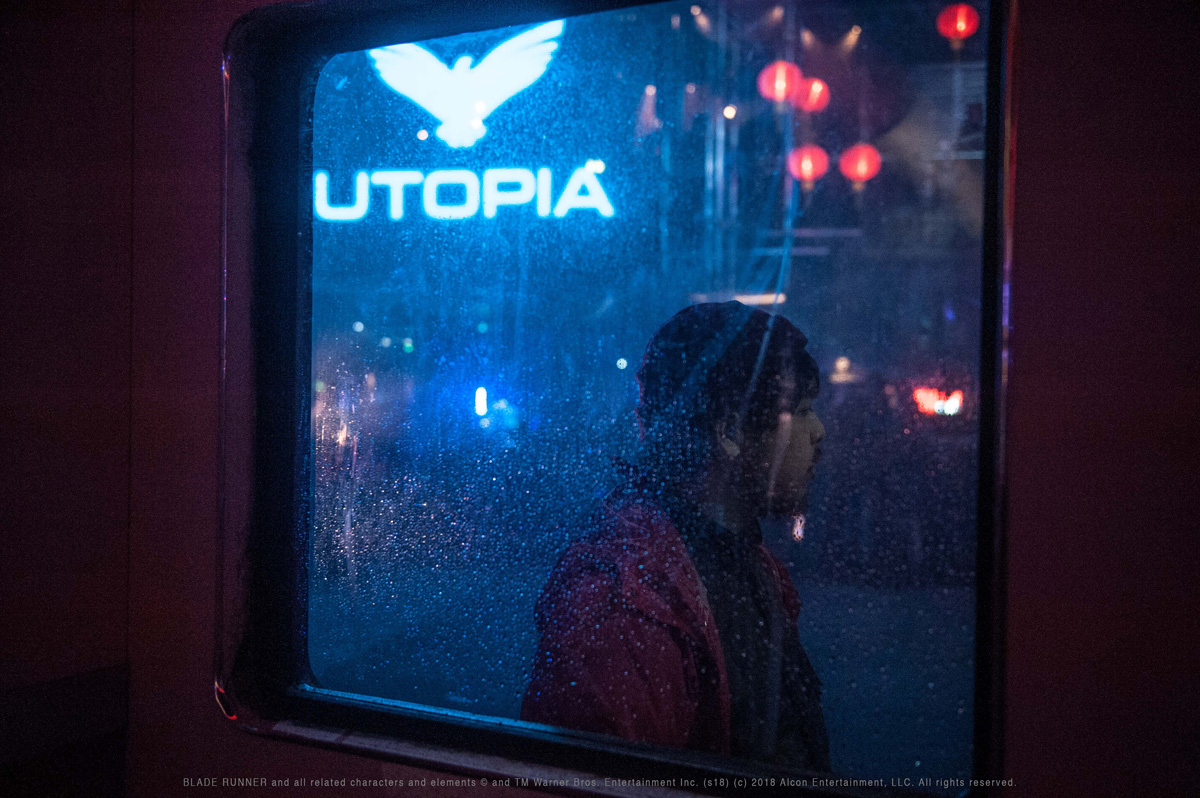 A dystopian city in London, but it’s not London at all. © Laura Little / Secret Cinema

Dressing up for Secret Cinema

First of all, this isn’t a normal movie screening where you just grab a box of popcorn and show up in your t-shirt and jeans. You’ll have to dress up keeping in mind the style of whatever film you’ve chosen to see with Secret Cinema (like for us, the original Blade Runner) and mentally prepare to step into the world of said movie.

Me and my good London based pal Essi had already attended Secret Cinema’s Back to the Future night, so we sort of knew what to expect… and went all out with the preparations. 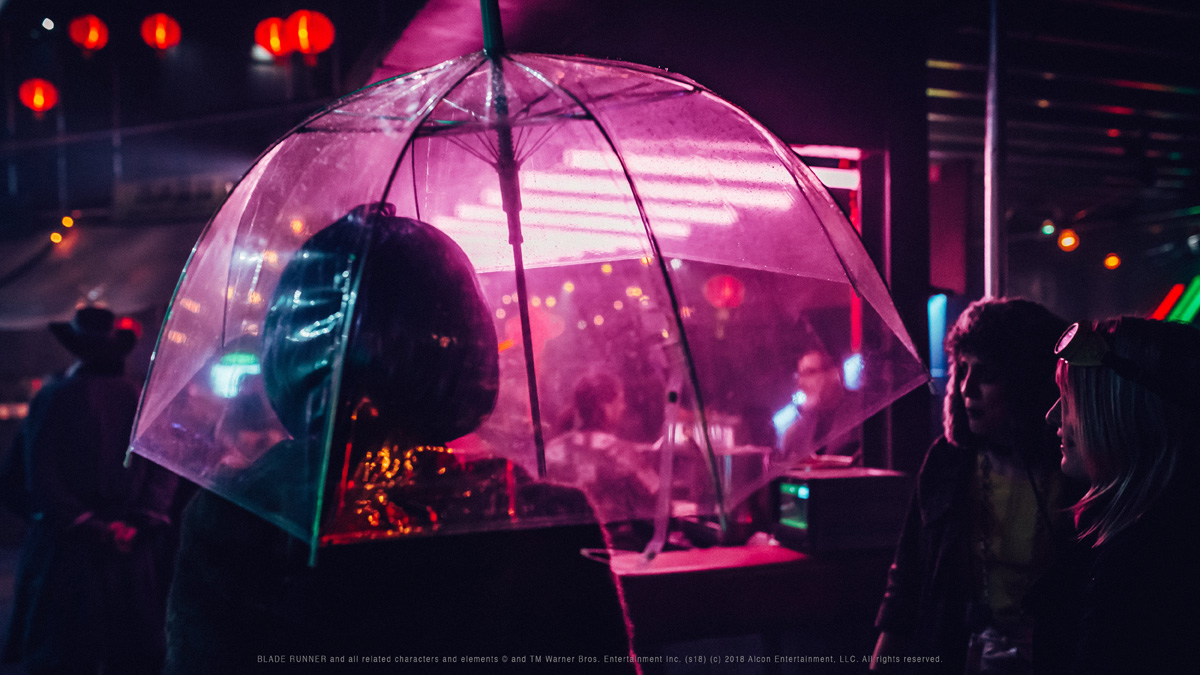 We explored the second hand shops of Shoreditch for leather gloves, steampunk accessories and other suitable parts for our outfits. We discovered a fancy dress shop called Mad World, also in Shoreditch, who (very wisely!) prepare for London events like this with themed shelves and hangers full of outfits and accessories. We gathered makeup, glitter, facepaints and wigs. We bought transparent (cheap!) transparent umbrellas from Primark.

Goggles & wigs = a good recipe for your Secret Cinema costume.

If you’re worried about how to come up with good ideas for your costume, worry not: once you buy your ticket, you’ll be assigned a character and some rough ideas on what to wear. But, they also encourages you to push the boundaries and go wild, so basically you can do anything you think will fit the theme.

Like me. I was supposed to dress up kind of business-y, which isn’t me at all, so I sort of spiced her up with some steampunky elements, makeup and color.

Me & my pals just before entering the Secret Cinema venue… and the words that came after.

Where is Secret Cinema located?

The venue is different for each production, so you won’t know exactly before you buy your ticket. You may know the rough area and I understand that it’s always near a tube station or other easily accessible location. But once you get your ticket, you’ll get clear instructions and it’s all very easy-peasy from there.

Then, just imagine how much fun you’ll have traveling in public to said spot, wearing all your fancy-fantastic gear! Amazing. 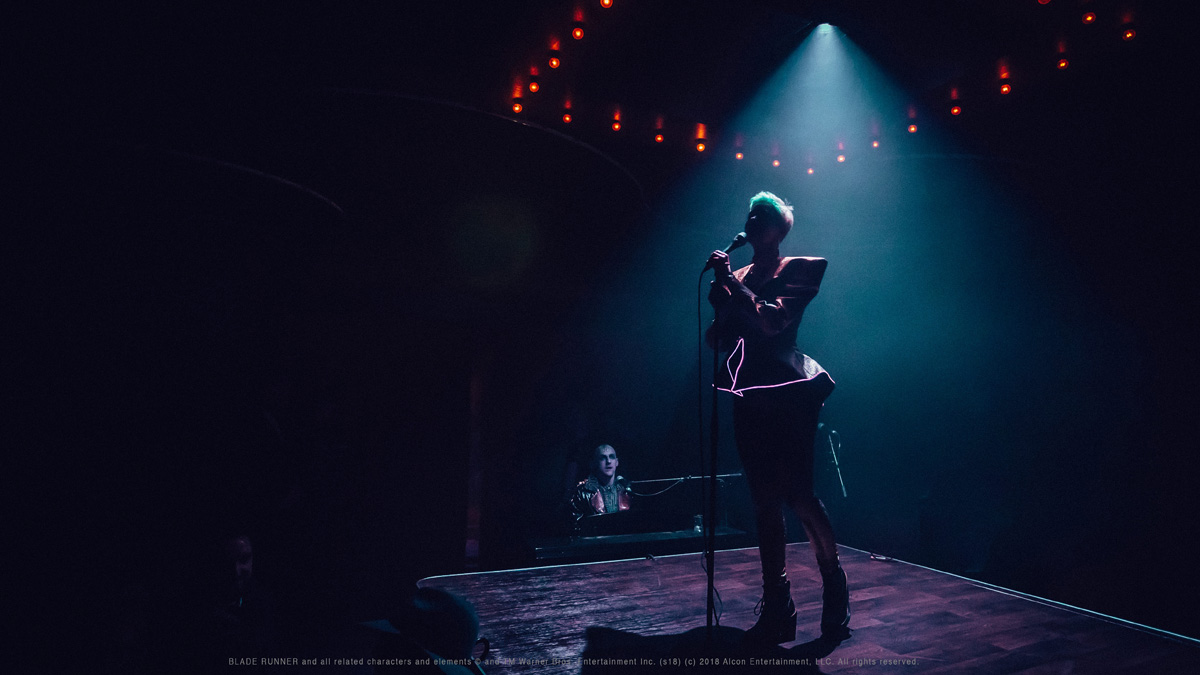 What happens in Secret Cinema?

Like I said, I don’t want to give away too many Blade Runner spoilers (since it’s still going and you can totally still get tickets and not miss it!!), but since they’ve posted quite a lot of material from the previous productions on their website, I’m adding some photos and this intense 28 Days Later video below to give you a rough idea.

In 2007, Secret Cinema introduced site-specific, immersive cultural experiences. Breaking films – and recently music albums – into their constituent parts and marrying narratives with play-along action, Secret Cinema is a unique participatory social experience. Fuelled by a desire to fill the void left by an over-saturated technological world, it invites audiences to lose themselves in serendipitous, imaginary environments that challenge the way we perceive culture and social interaction. To date, over 520,000 people attended Secret Cinema’s events.

To me, Secret Cinema is one of the most exciting film related experiences I’ve ever done. Once you go through the gates, you get sucked into the world of your chosen movie and won’t emerge back to reality until many hours later. You’ll get to watch incredible actors in character playing out scenes from the films, take part in exciting mysteries and missions, enjoy a drink or two among hundreds of fellow fans, explore a carefully built world of adventures and then watch the film, all in one night.

The movie screening itself is so much more than your regular cinema experience, too. 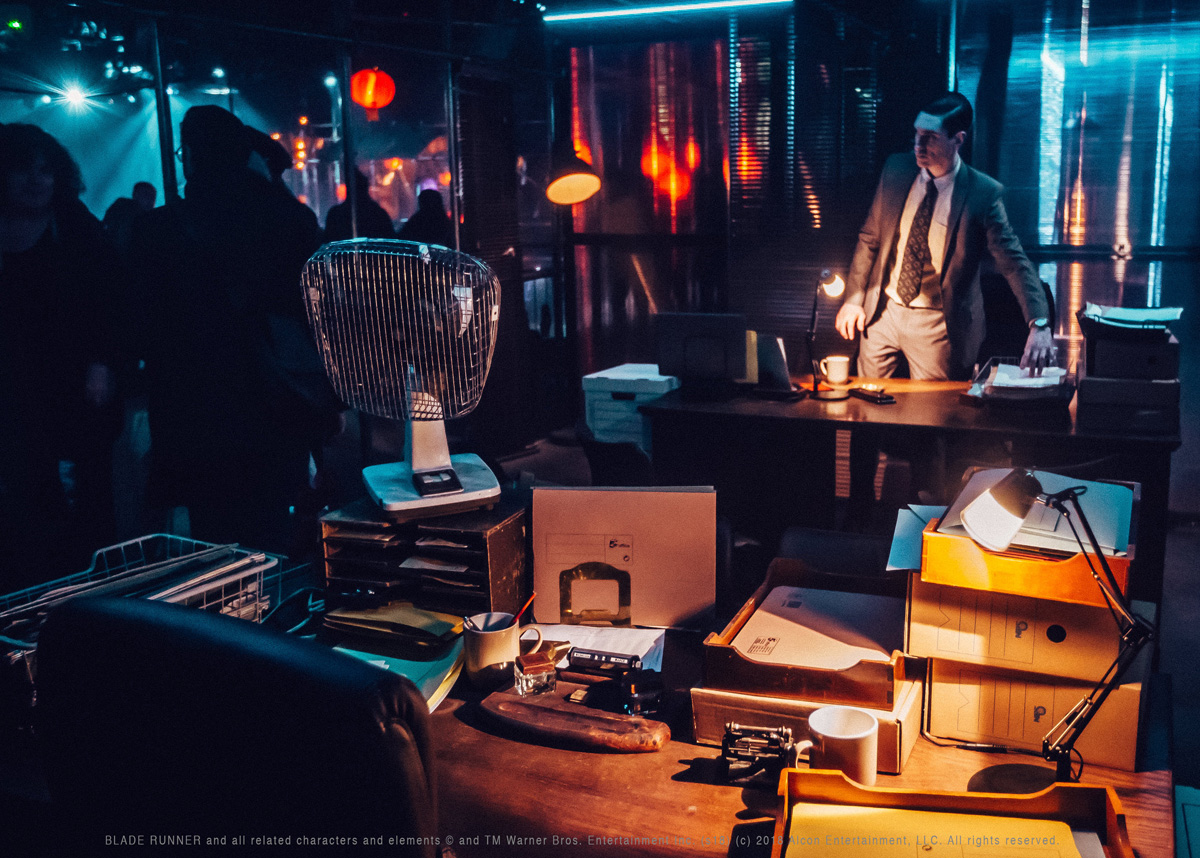 Just in case you’re not aware, the next thing Secret Cinema is doing is Romeo and Juliet… AKA why I need to get to London in August. I don’t know how, but I need to get there. Whatever I imagine their version of fair Verona to be, it’s probably going to be ten times more fabulous.

So… I’ll probably see you guys there, right? ?

A few photos from the previous experiences 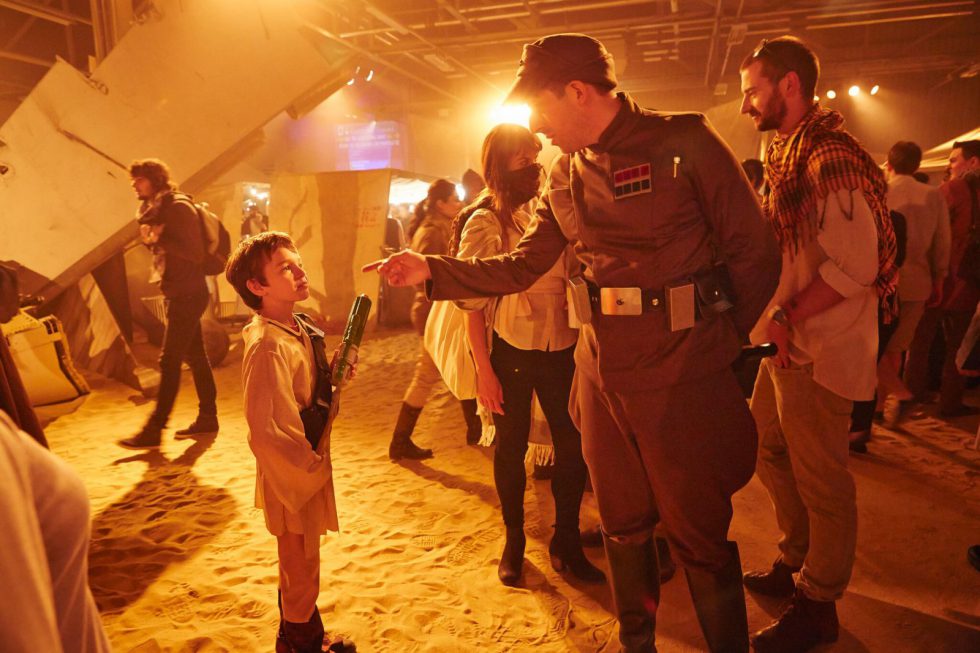 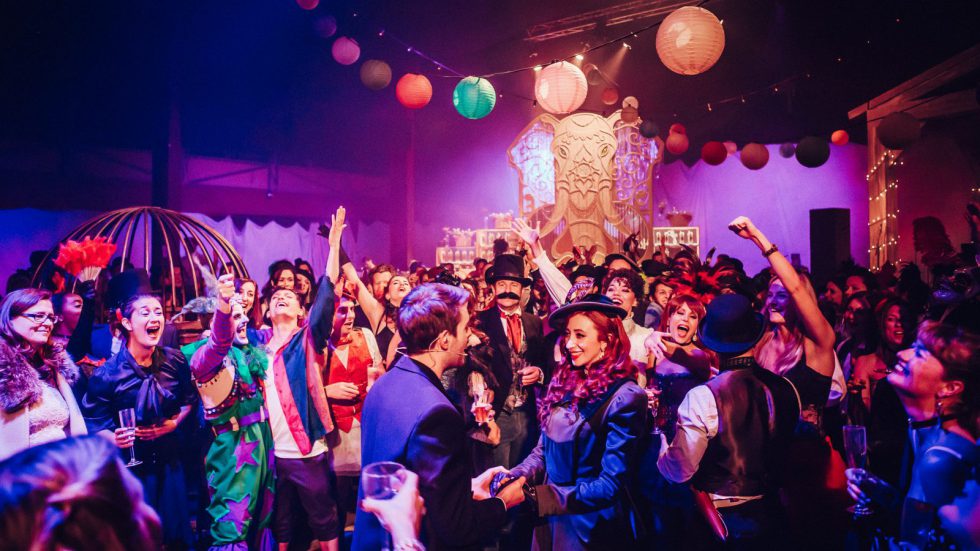