Game of Thrones: The Hall Of Faces Exhibition Helsinki

A Beautiful Tour & Afternoon Tea At The Royal Albert Hall 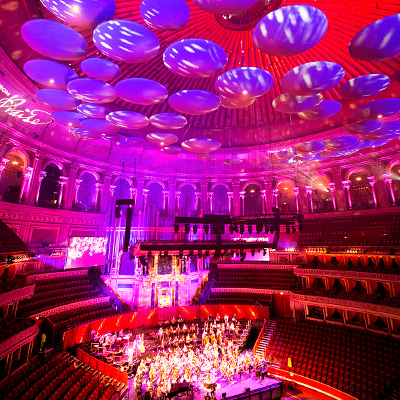 If you’re looking for a healthy dose of mind-blowing artistry, impressive architecture and delicious afternoon tea (with bubbles!) in London, the Royal Albert Hall is the place to go. We spent a few lovely hours inside enjoying a private tour and a moment of high tea and looooved it! 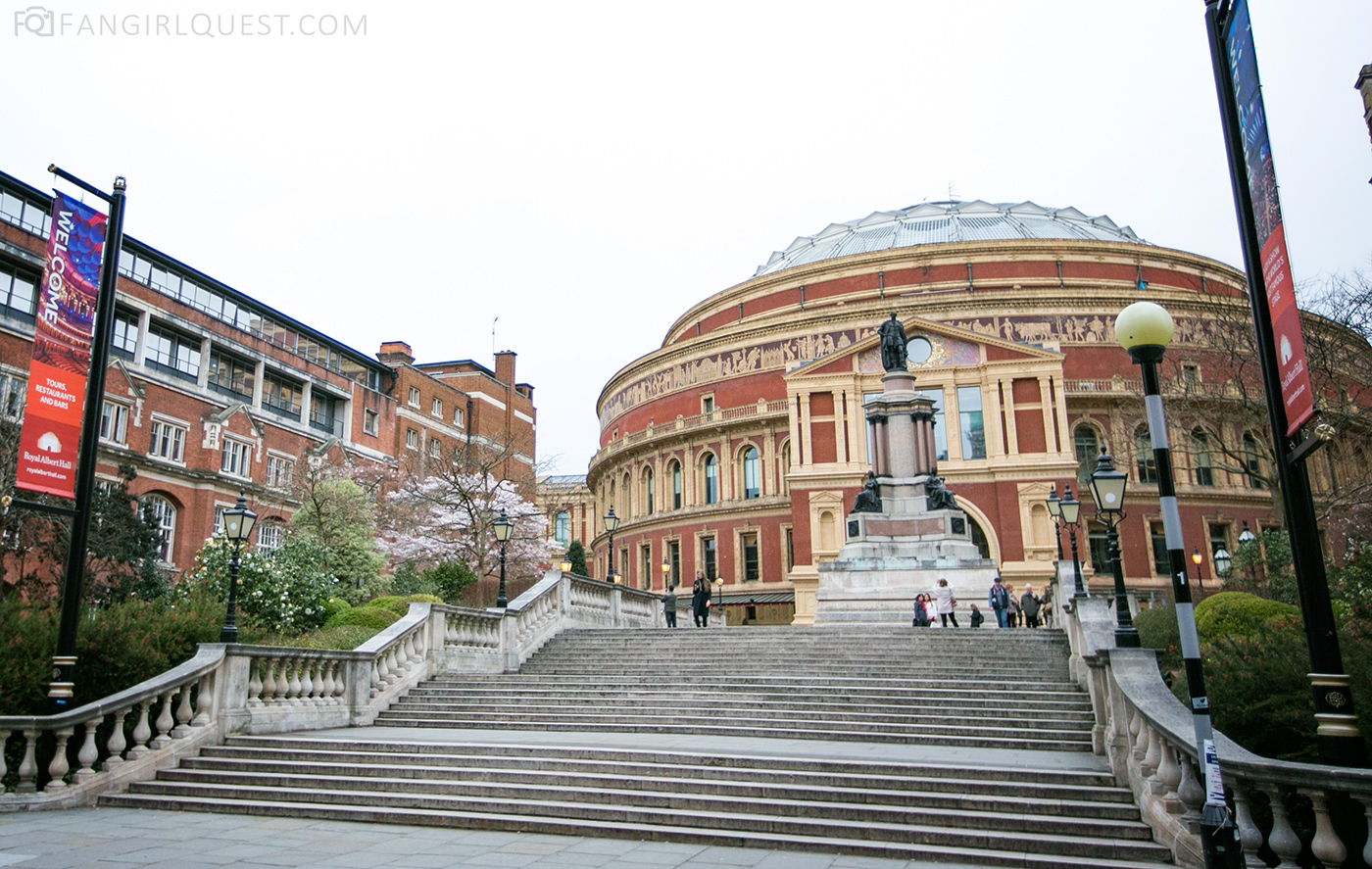 During our blogger group trip to London with Otto, Denise and Eva we happened to be very lucky with the weather: the only raindrops came down from the sky during the times when we had some indoors activities booked. Like this one: a lovely guided tour through the Royal Albert Hall. Very convenient. Thanks, godlike dudes of weather! 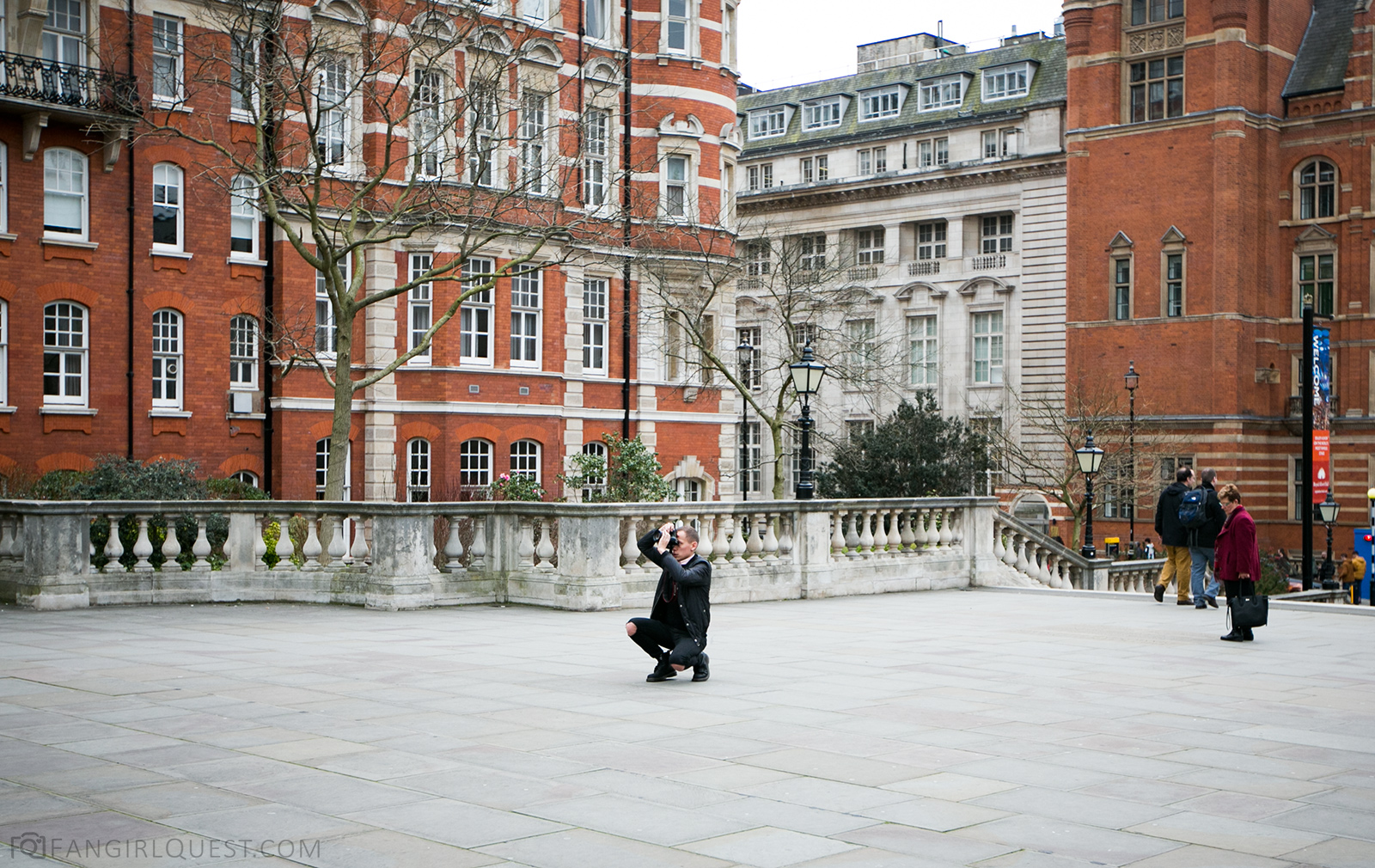 We arrived to the Hall at the very last minute, but were greeted by a very relaxed guide. The tour started in the hallways, where the walls were covered with photos of some of the most legendary artists on this planet. David Bowie, Oasis, members of The Beatles and Pink Floyd, Adele and my personal, long-time favourite, Stereophonics… the list just goes on and on. 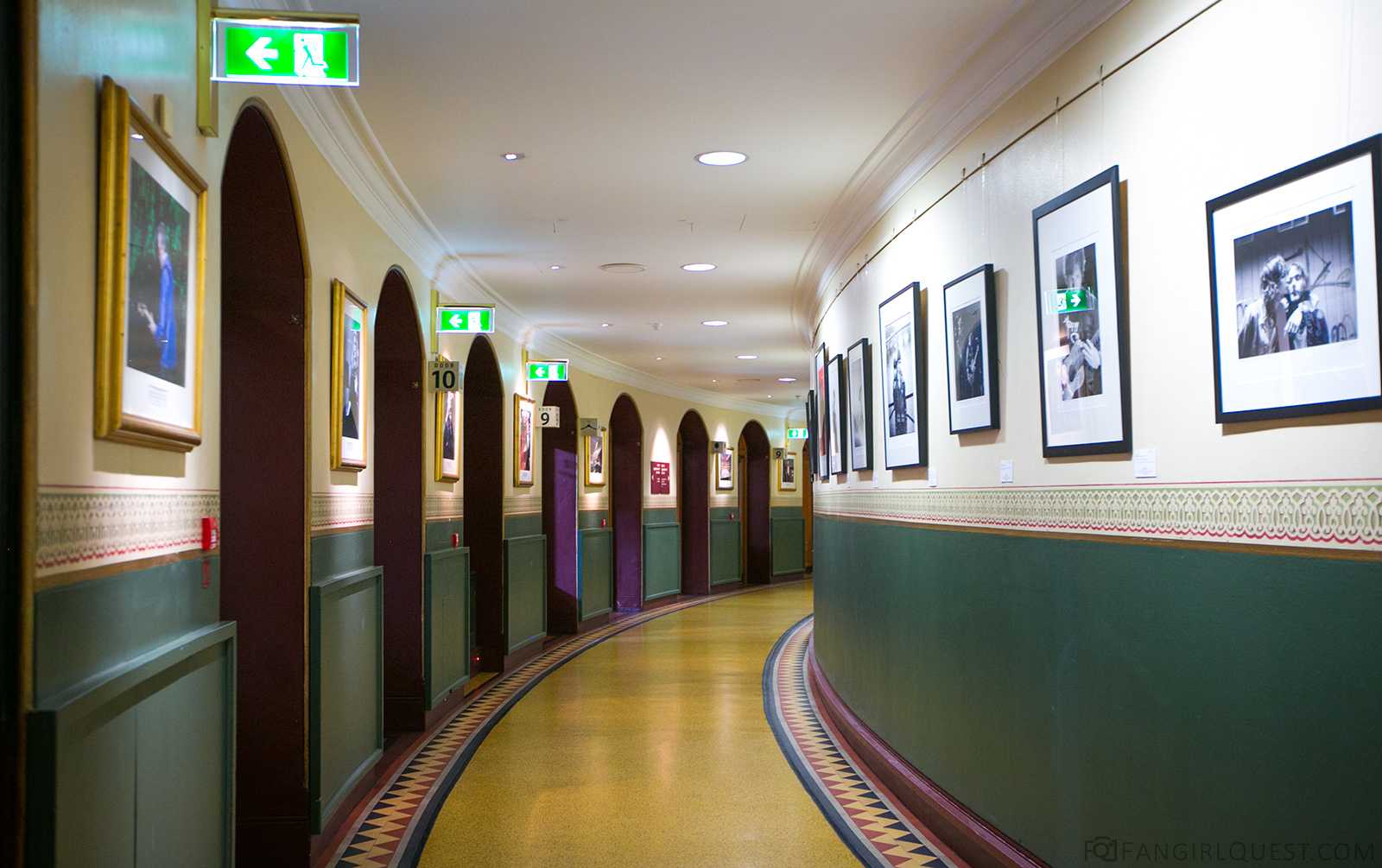 I got legit goosebumps looking at the collection of photos. All these incredible artists, some already lost but not forgotten, walked through these halls in their time. It’s like you can feel their presence and hear their whispers, and imagine them rush by you in a hurry to get on stage for their sold out performance.

After a little bit of ooh’ing and aah’ing at all the photographs, we entered the main hall from the lower levels and got to sit in the boxes for a while. So beautiful! Photography wasn’t allowed this close up to the stage and the musicians, but we got plenty of time for those once we entered the upper circles. 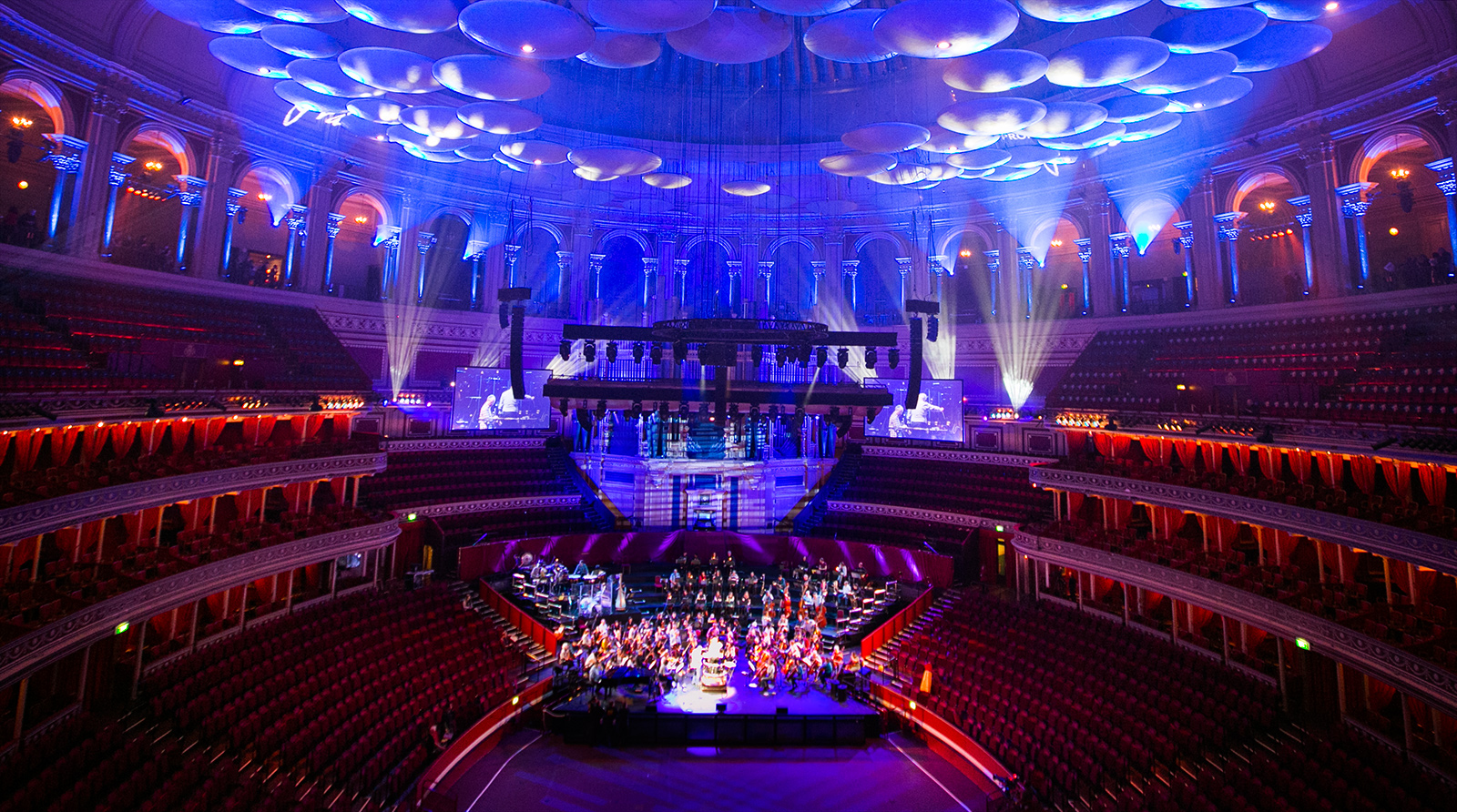 You can book a private tour of the Royal Albert Hall!

The Royal Albert Hall is located on the northern edge of South Kensington. Even though it’s receives no public or government funding but has to rely on charity, it’s been around since 1871 and still going strong.

There are almost 400 performances each year and plenty more in the smaller spaces around the venue, which means the set-ups for bands, orchestras and other performances have to be built during the day and taken down and out during the following night of the show. If you have any idea how much time and effort some of the most intricate setups of big artists and shows can take, you’ll understand how impressive it all is. 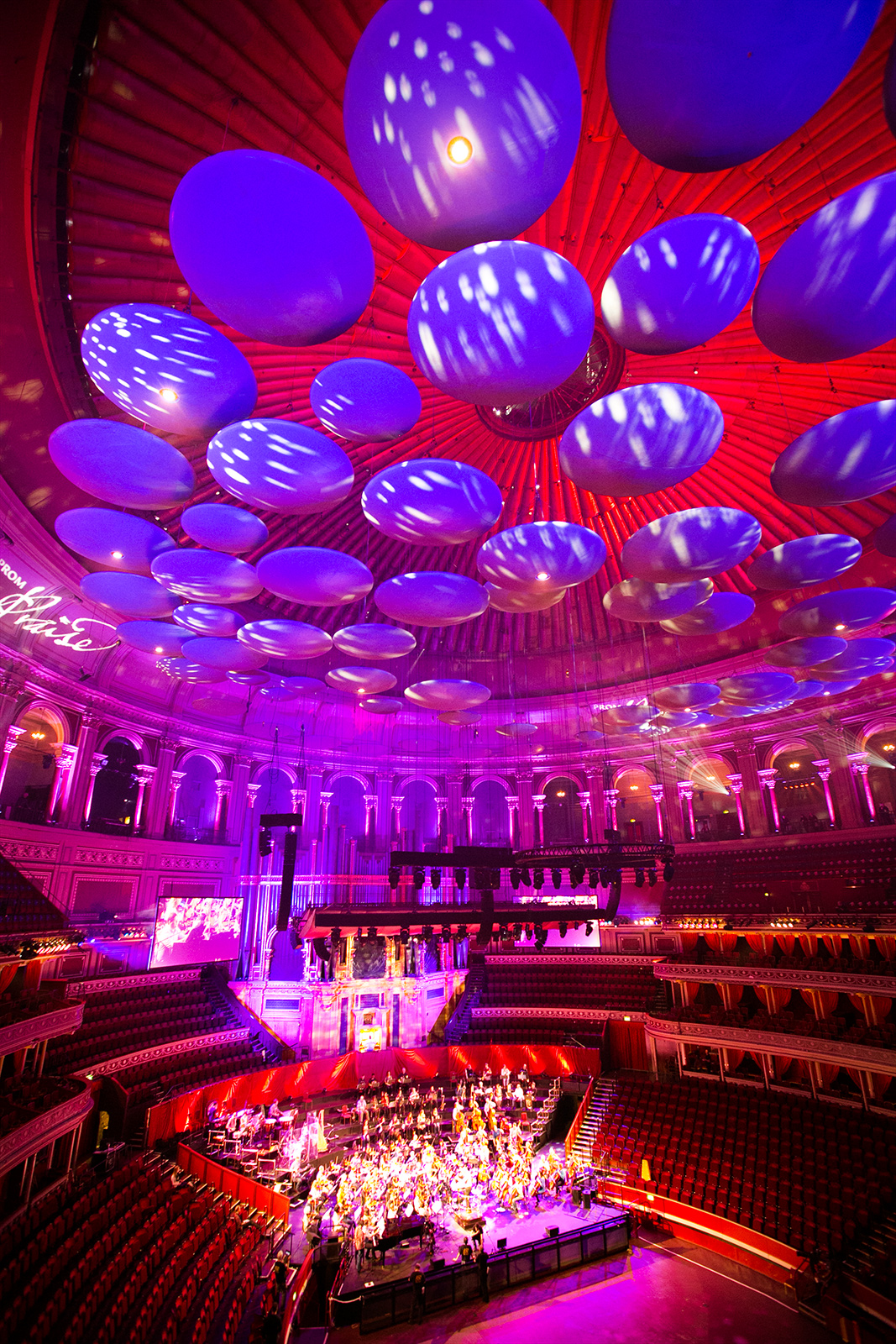 Some of the regular — and most famous — performances at the Royal Albert Hall include The BBC Promenade Concerts, known as “The Proms“, shows by Cirque du Soleil and the annual charity event by the Teenage Cancer Trust.

Since 2009, The Royal Albert Hall has also organized a few movie screenings, but of course with the original music ripped out, and live orchestra playing it instead. These performances have included a few classics like the Westside Story and Breakfast at Tiffany’s, but also some of our absolute favourites: the Lord of the Rings trilogy, Star Trek Into Darkness, Interstellar, The Matrix and even Back to the Future.

I mean, wow. That’s a thing Fangirl Quest could get really excited about. We’ll just have to keep our eyes open for any events like that and join the ticket queues! 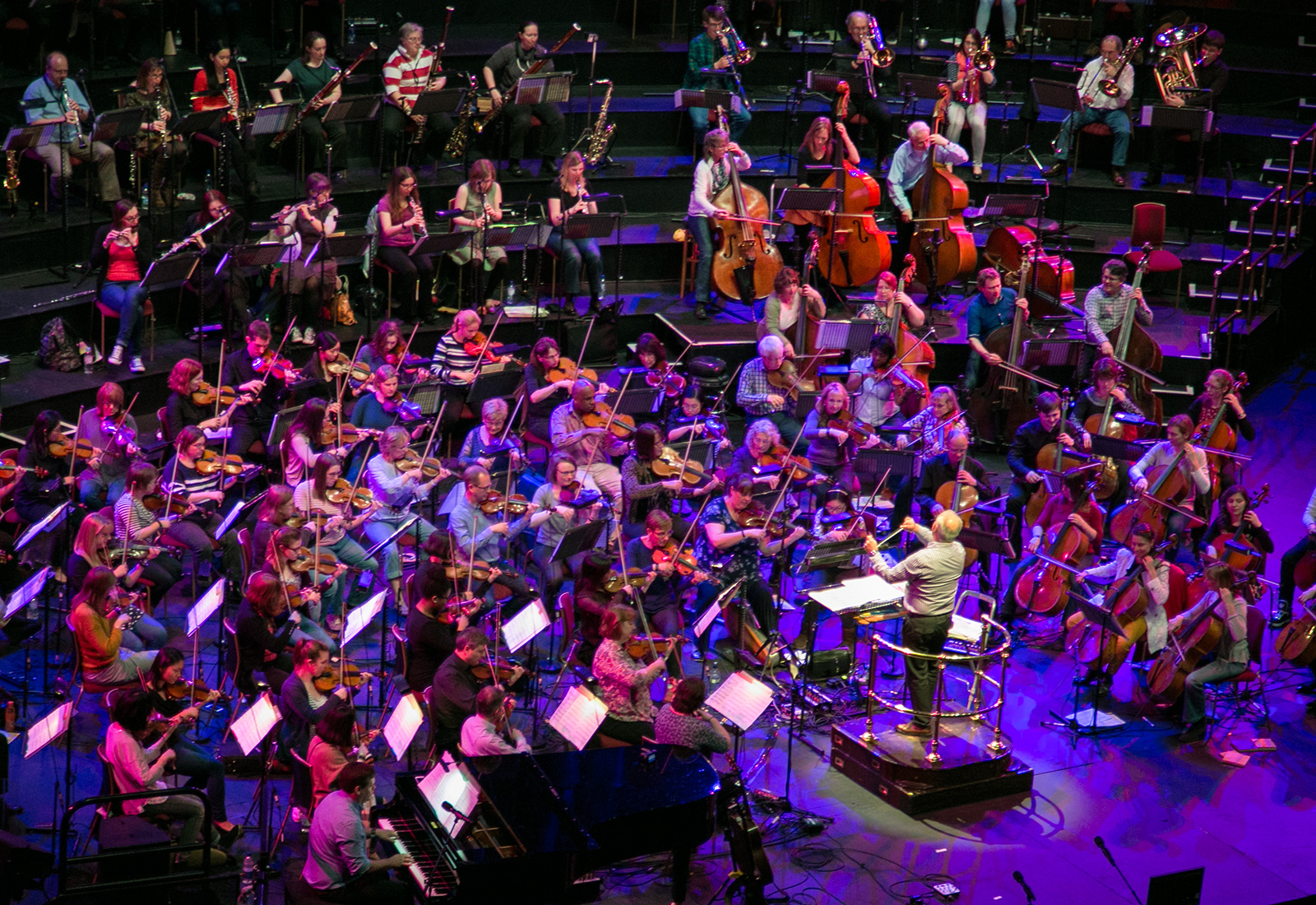 The Hall has also hosted a few huge film premieres, including three James Bond royal world premieres. The latest one, Spectre (2015) was attended by Prince William with Catherine and of course the man himself, Daniel Craig. Can you imagine attending a movie premiere with a posse like that?!

The venue has also served as a filming location to a couple of famous movie productions (which are not very much alike): Alfred Hitchcock’s The Man Who Knew Too Much (1956) and the Spice Girls movie Spice World (1997). 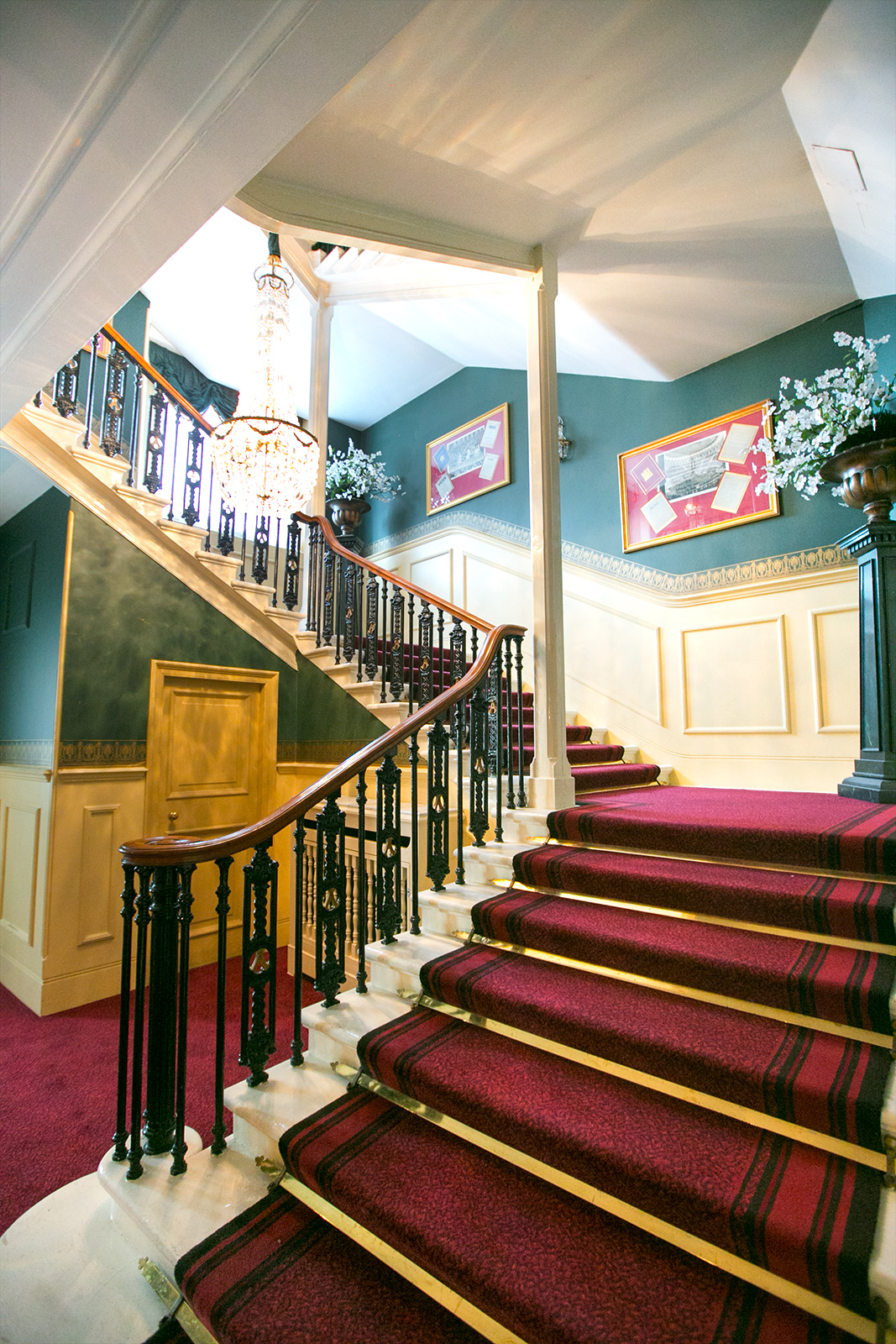 The Royal Entrance to the Royal Albert Hall

However, when the royalty does attend events at The Hall, they don’t just queue and mingle with us ordinary folk. Nu-uh. They come in through their very own, very beautiful hallway and staircase. And guess who climbed up those stairs?! Well of course we did! Pretty neat. 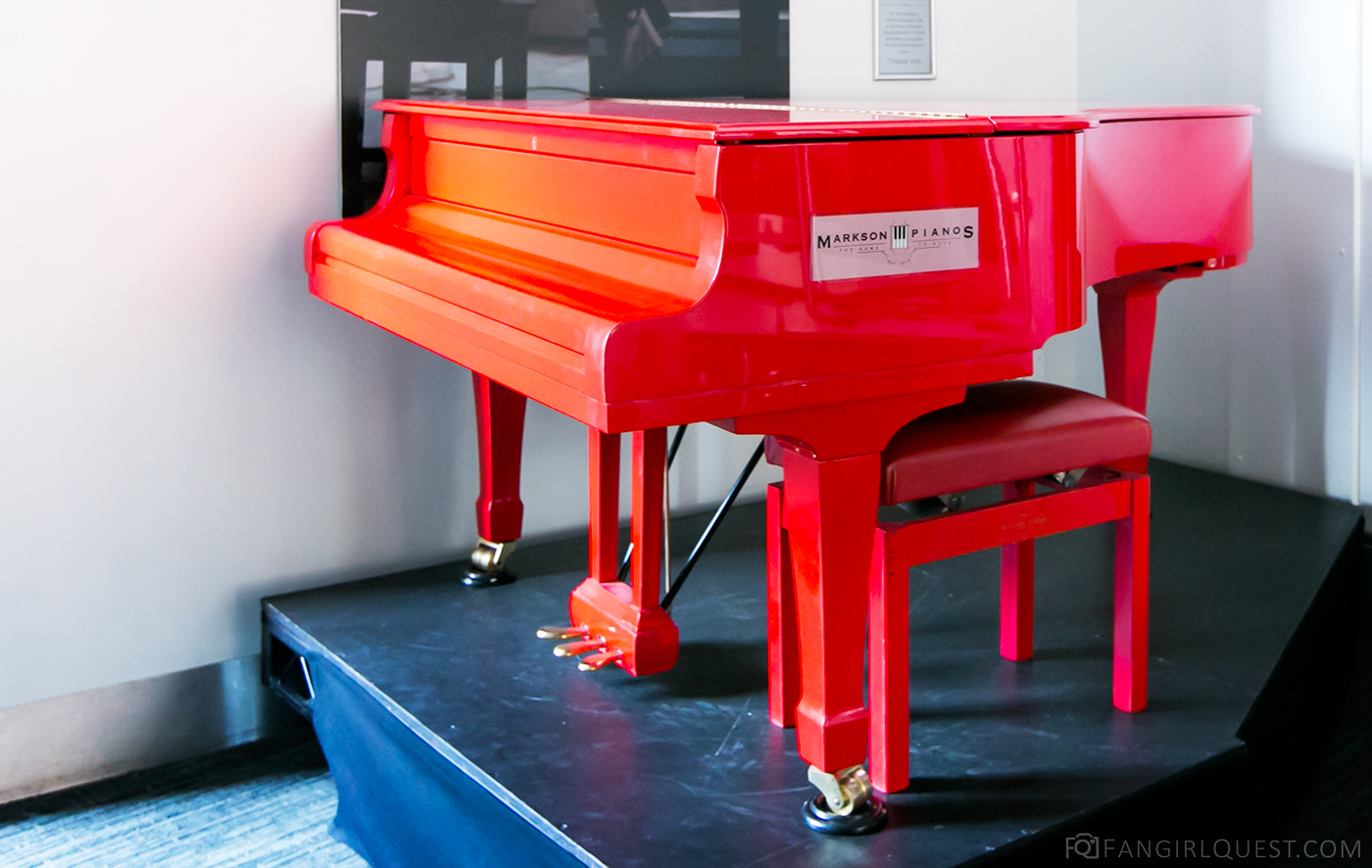 Great artists need great instruments, too… so there’s of course, the Red Piano. Here’s what they say in the Hall’s news archives about it: 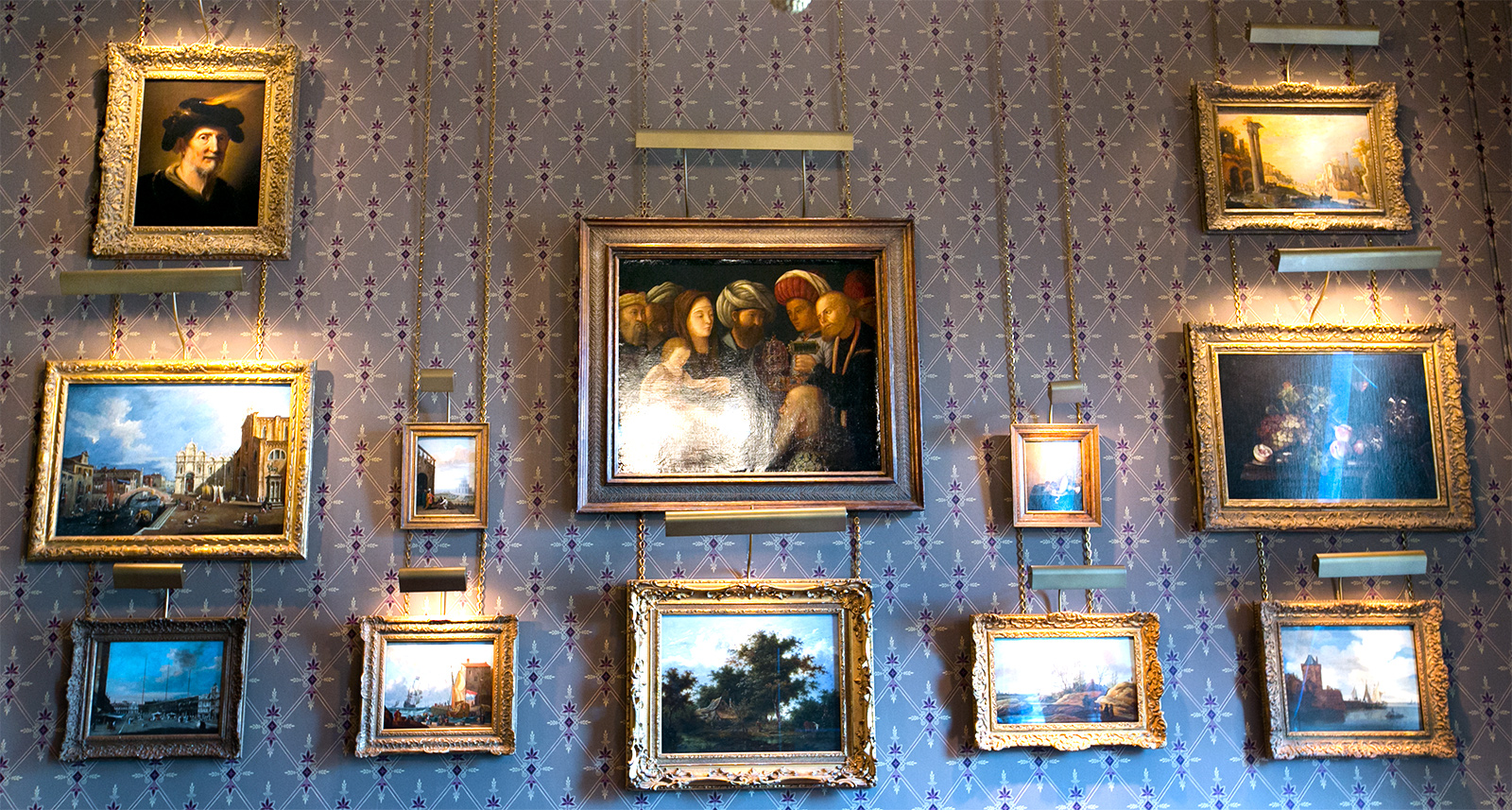 Just a few fancy paintings on the walls, nothing more 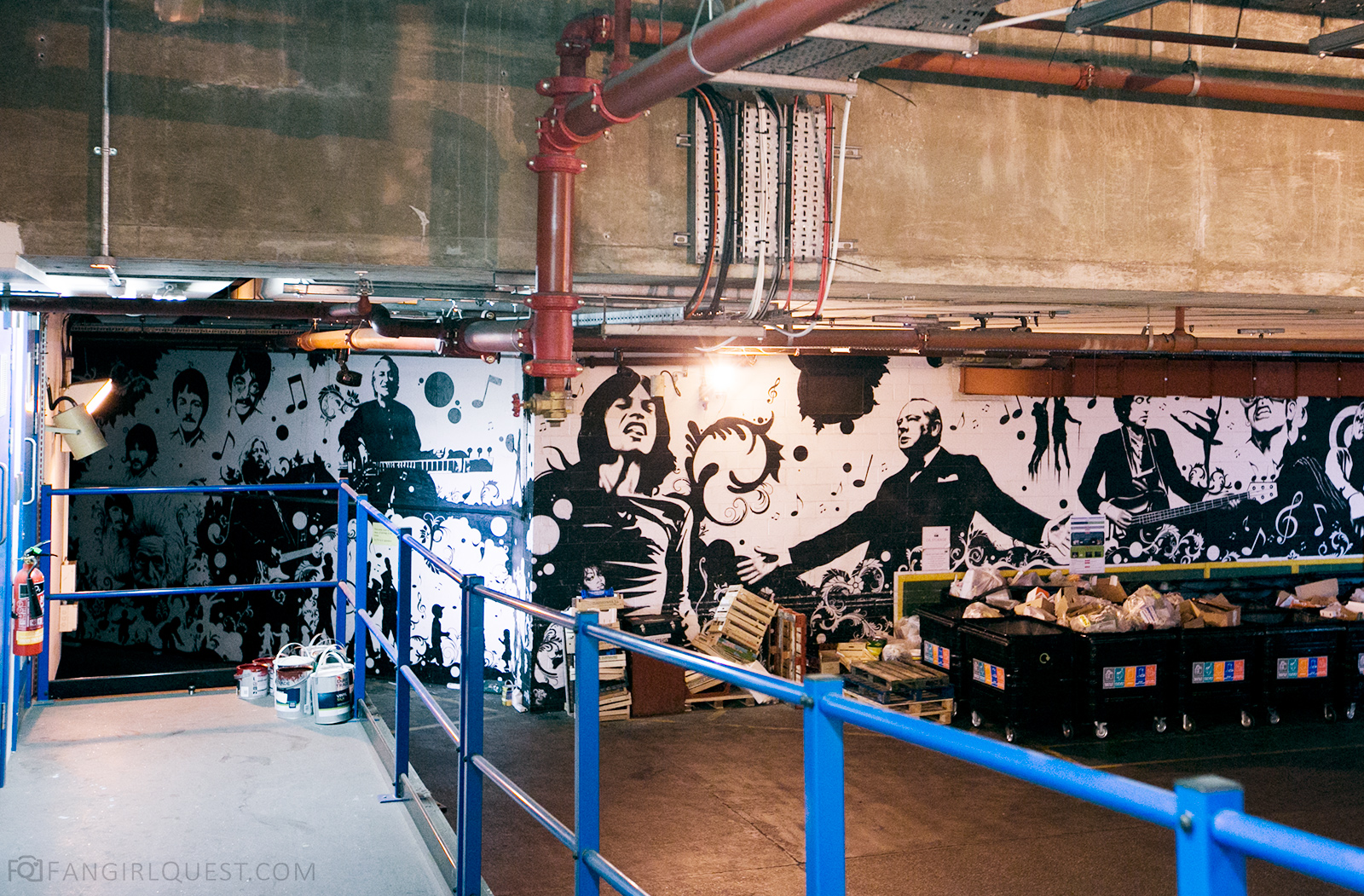 Even the walls of the loading docks in the basement are covered in art. As they should be.

After our lovely tour and very impressive views of the orchestra practising before the night’s concert, we were led to the Hall’s cafe filled with light and tables for two and four. We enjoyed a super delicious afternoon tea with our little blogger group and of course, took a lot of photos… 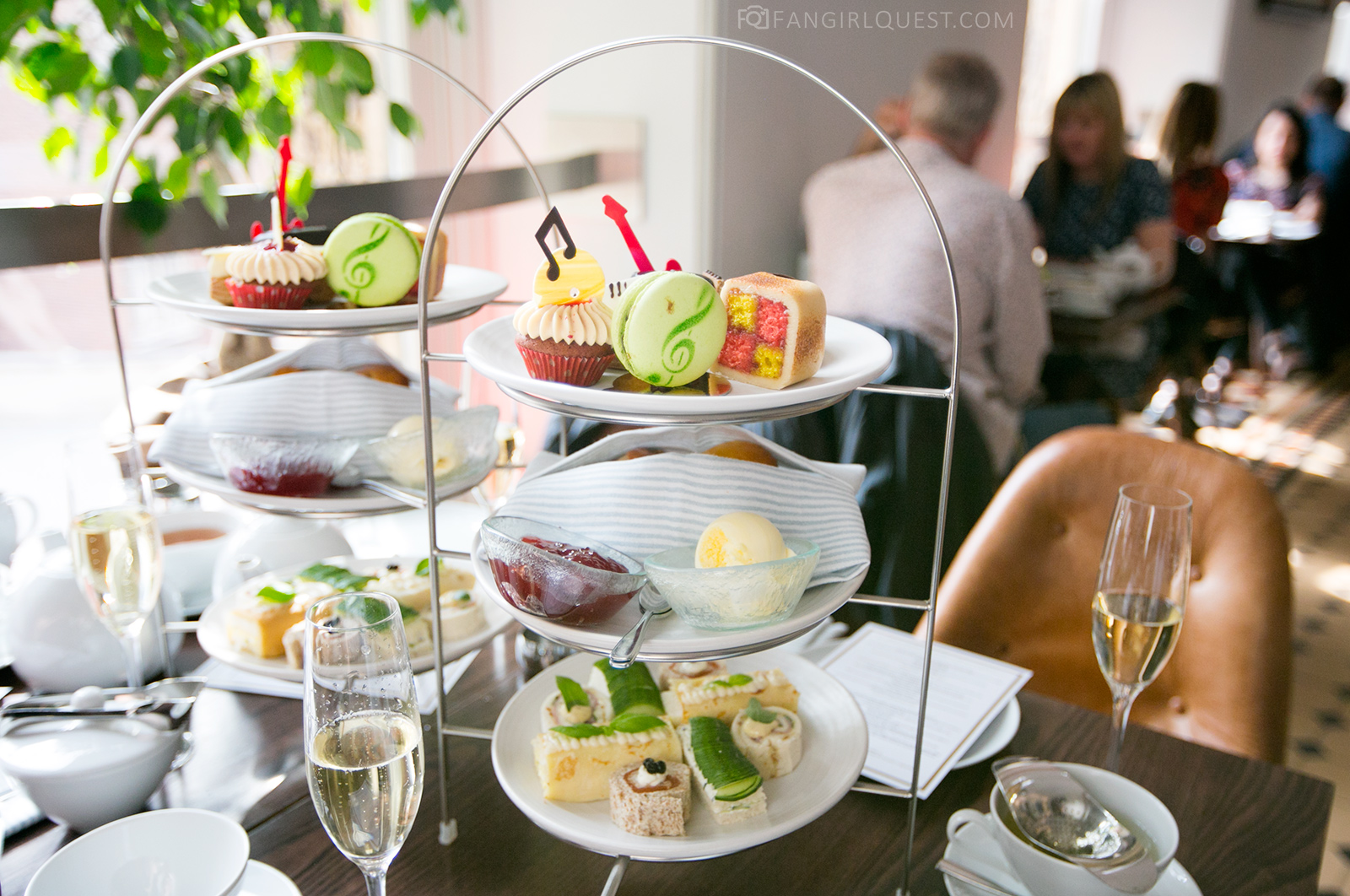 Sandwiches, scones, jam and cream, a shipload of little sweet things to nibble on.

Like, many, many photos of the whole setting. We were laughing about it ourselves at first, but soon realised we were getting a few funny looks from the people around us too. And afterwards, we had a few good giggles with the staff members as they confessed to being pretty confused by our photo session.

Bloggers. Reporting every bite they eat since what, the early 2000’s? 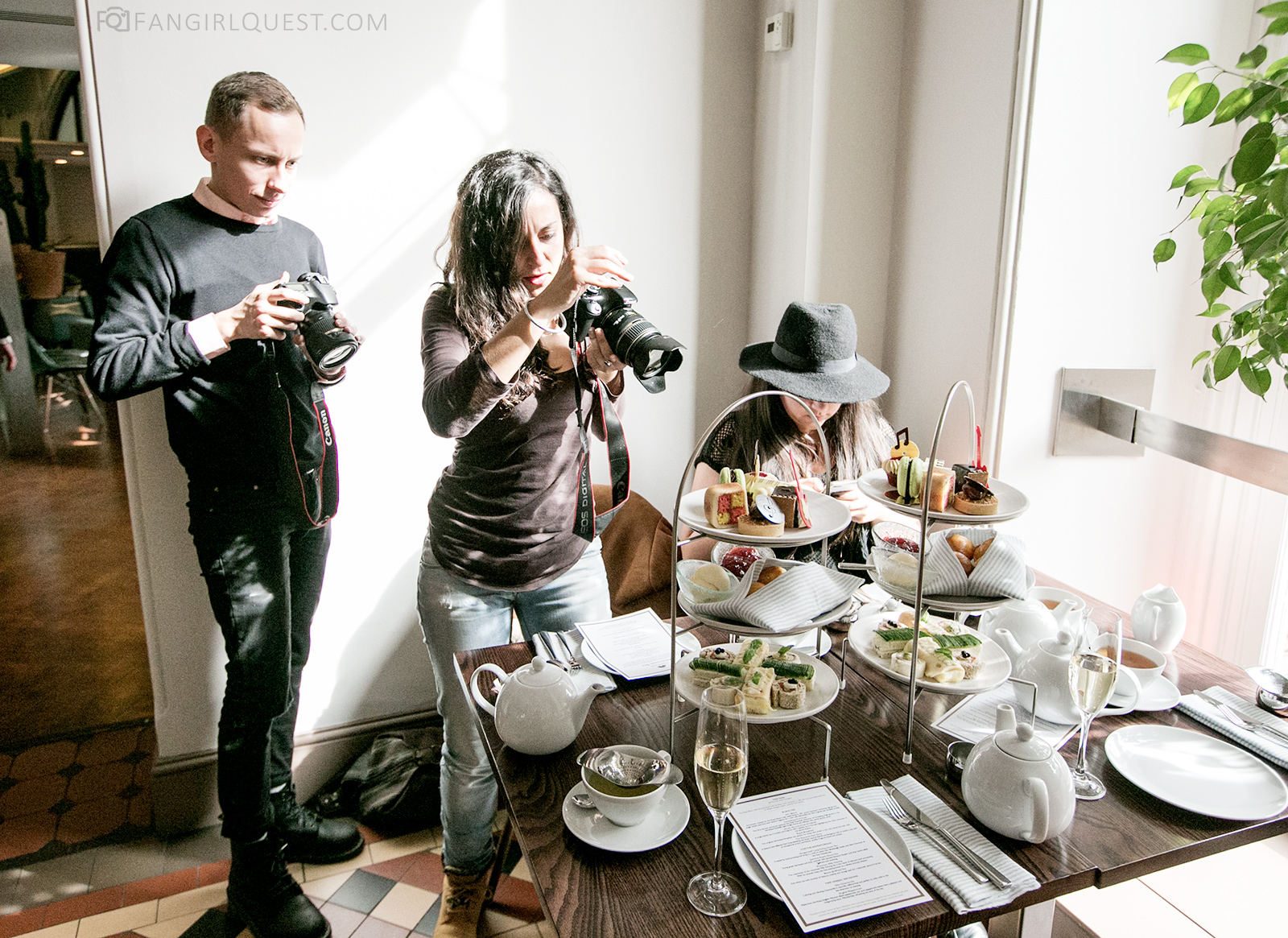 Before each meal, the bloggers organize a little food photoshoot… so funny!

Here’s a few photos of the treats we had with our tea… along with the bubbles & the giggles. 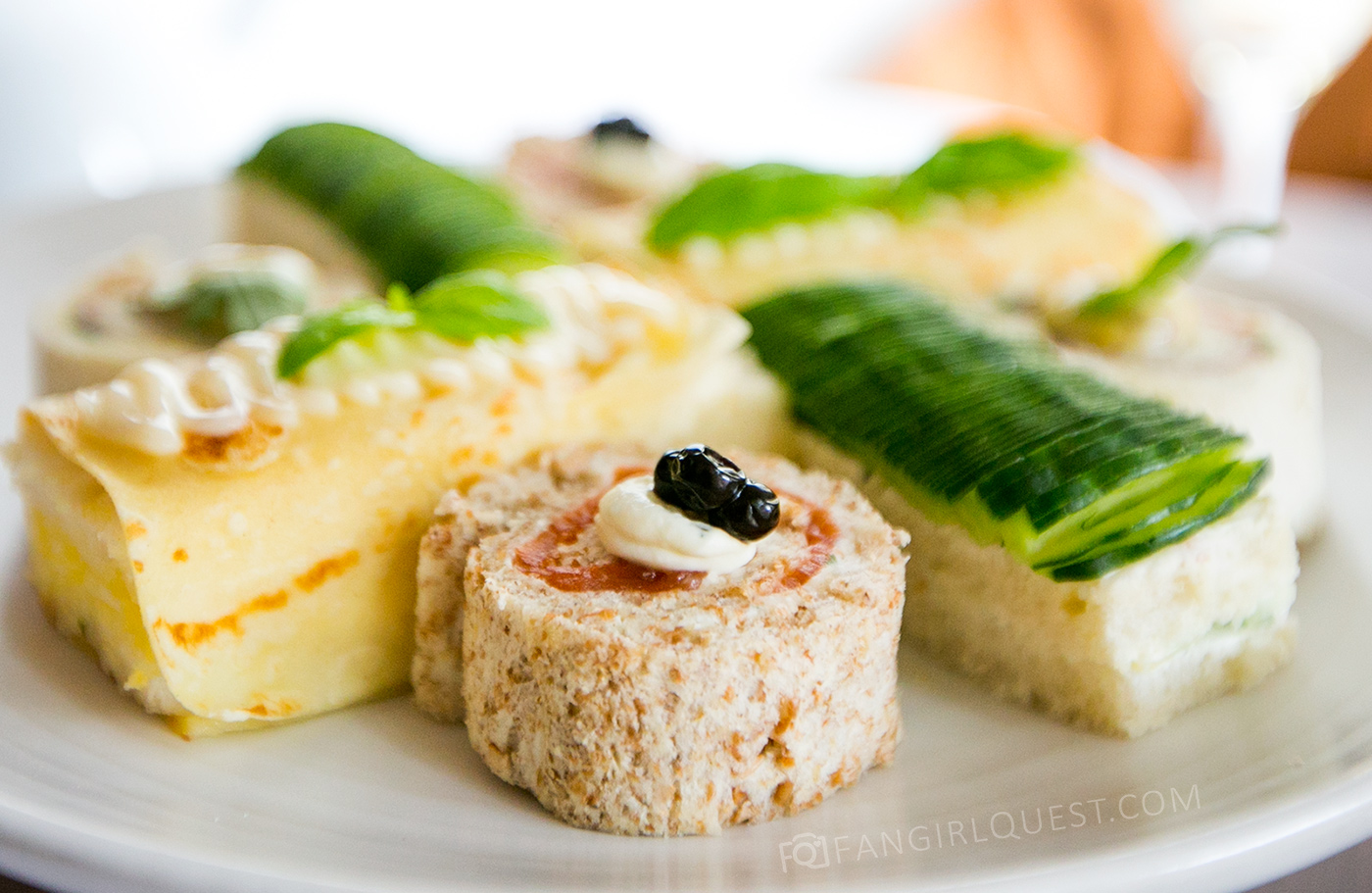 Deliciouuuuuus! So delicious. Can we have this every day? 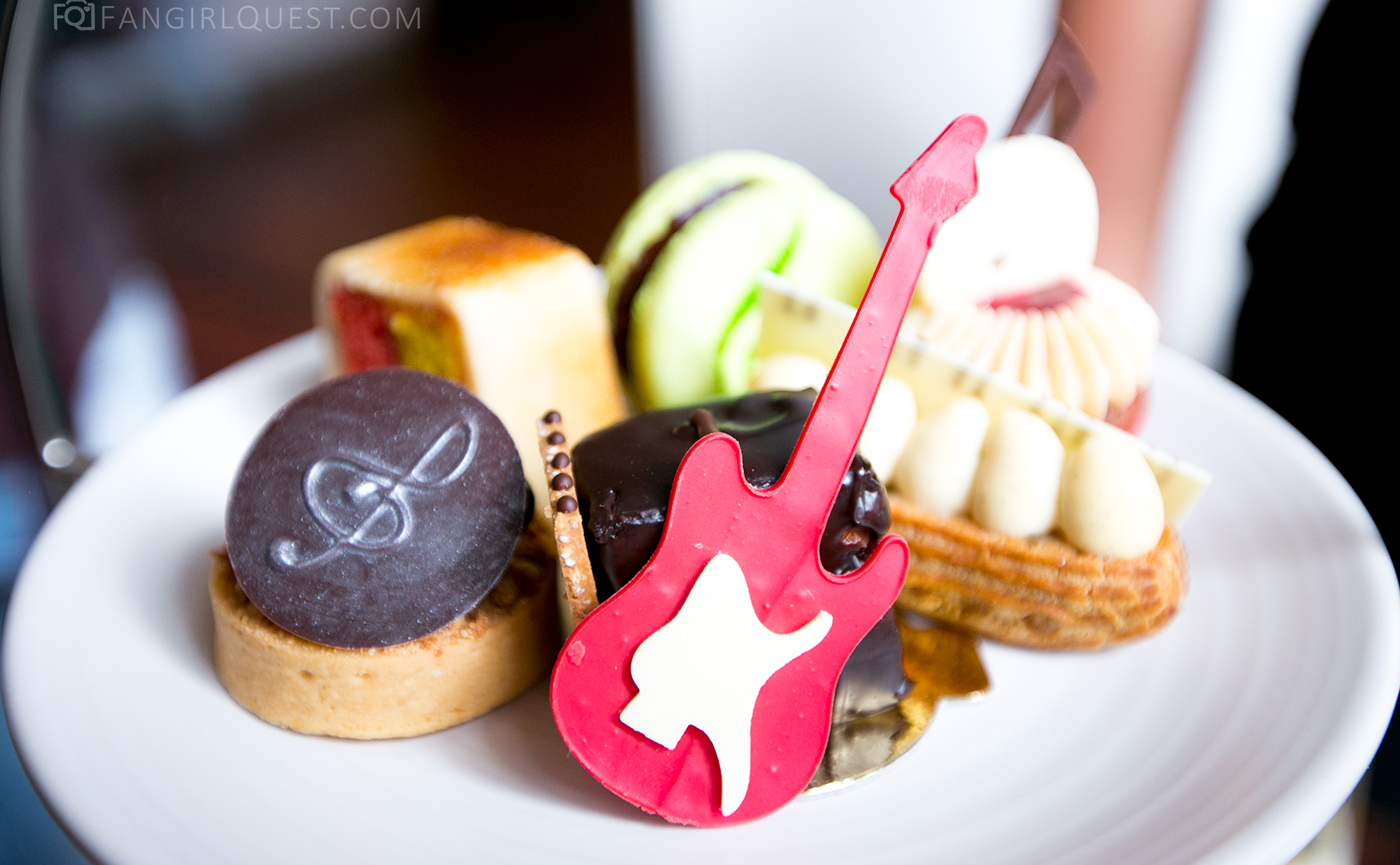 Guitar shaped chocolate decorations, all the sugar, cream and jam you can eat on delicious little treats… yum. 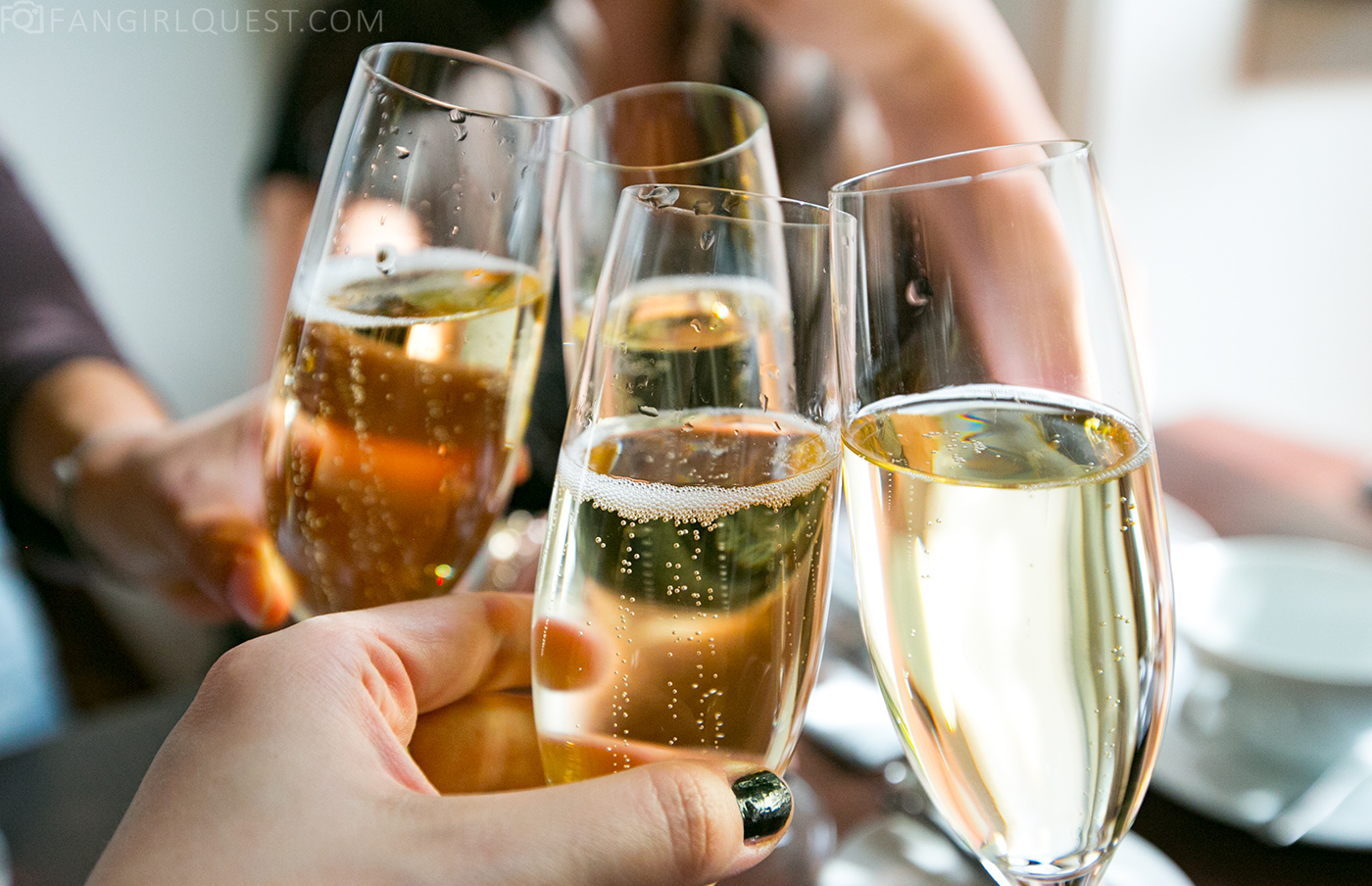 Interested in this lovely experience at the Royal Albert Hall? (As you should!)

If you just shouted “yes” out loud or even nodded to yourself, do visit their official website for more information and tickets.

Interested in other marvellous things to do in London?