A Lovely Hotel In London: The Westbourne Hyde Park

Tommy Shelby, Aunt Polly, Arthur, Finn, Alfie Solomons… If these names mean something to you, then you’re going to love our photos from the Peaky Blinders filming locations in Liverpool!

This masterpiece of a show has been filmed in quite a vast area in the UK during its three (soon four!) seasons, and even though the show’s events mostly take place in Birmingham, much of the filming is done in Liverpool dressed up to look like it.

The show concentrates on the gang called Peaky Blinders run by the Shelby family and their shenanigans in the aftermath of World War I. The main characters are played by Cillian Murphy (Inception, The Dark Knight, 28 Days Later, Dunkirk),  Helen McCrory, Tom Hardy, Paul Anderson, Joe Cole, Annabelle Wallis and Sam Neill.

According to Professor Carl Chinn, a historian of Birmingham, the name “Peaky Blinders” is popularly said to be derived from the practice of stitching razor blades into the peak of their flat caps, which could then be used as weapons. -Wikipedia: (the real life) Peaky Blinders

Where is Peaky Blinders filmed?

There are dozens of Peaky Blinders filming locations in Liverpool, but the production has also used locations like the Black Country Living Museum in Dudley, Arley Hall & Gardens and Formby Beach.

Possibly the most important location for Peaky Blinders, known as Watery Lane on the show. This is where the Shelby home, headquarters and illegal betting office are located.

A lot of scenes were filmed here, including the dramatic opening scene of season 1, episode 1, where Thomas Shelby (Cillian Murphy) rides a horse through the streets. These abandoned, rundown streets known as the Welsh Streets also include the birthplace of Ringo Starr (exact address: 9 Madryn Street), so it’s not uncommon to see some of the local Beatles tour cars stopping by. 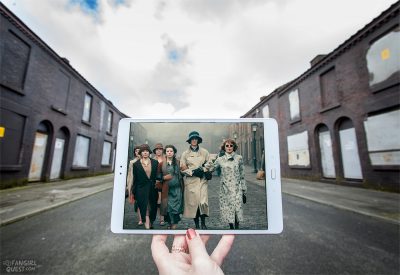 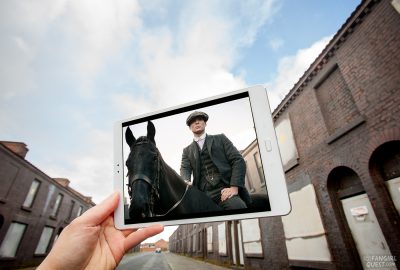 Close to the city centre, Rodney Street poses as London in season 2. Below, a sceneframe feat. Ada Thorne (orig. Shelby) and Karl. 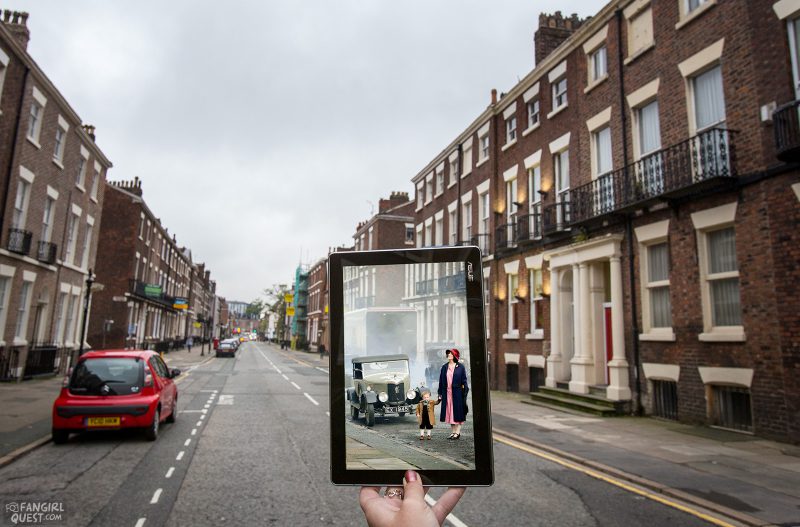 The Blue Coat School on Church Road appeared in season 3. Unfortunately, we didn’t have time to investigate it further, but there are a few articles online showing some of the production cast and crew as well as historical cards outside the school. 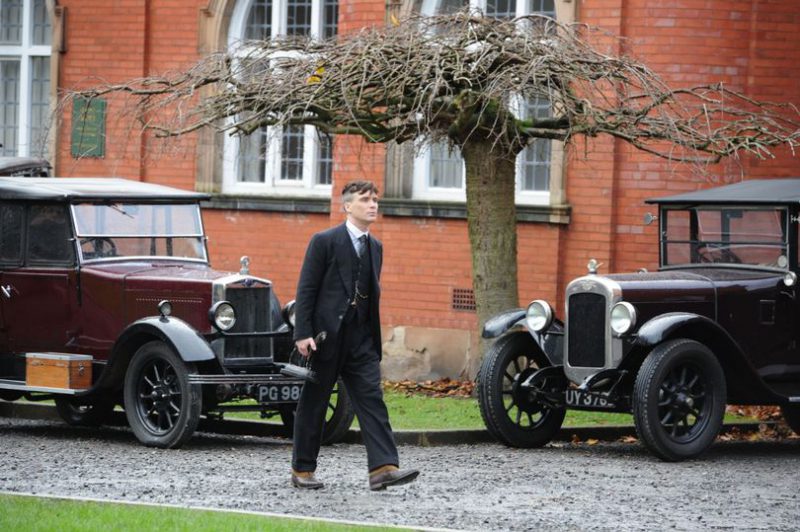 This incredible building has served as a filming location to some pretty cool films like In The Name Of The Father and Fantastic Beasts and Where To Find Them. In season 3, the Peaky Blinders gang go there as well, all fancily dressed and ready to party. St George’s Hall is located in the centre of Liverpool and contains concert halls and law courts. It’s also recorded in the National Heritage List. Well worth a visit! 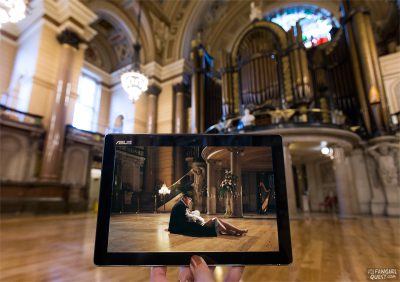 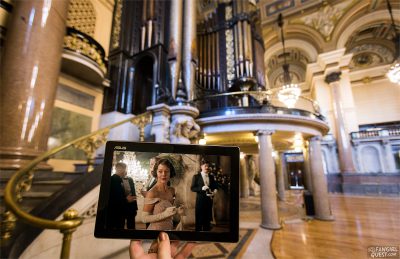 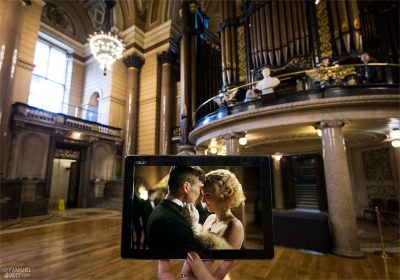 A country house in the village of Arley with gardens open to visitors and spaces to hire for weddings and other celebrations. Many productions have used Arley Hall, including our dear Peaky Blinders. 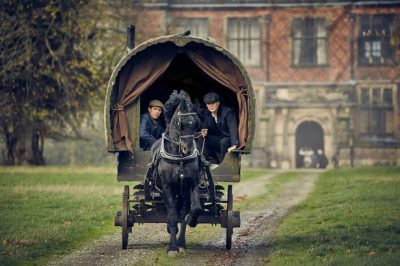 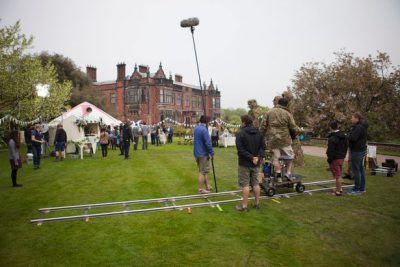 Port Sunlight is a model village and suburb in Merseyside and was built by Lever Brothers to accommodate their soap factory workers. The building of the village started in 1888 and it now contains 900 Grade II listed buildings. It was declared a conservation area in 1978.

We visited Port Sunlight on a cloudy day, but it was still a really lovely area to explore. This scene from season 3, episode 6 has Tommy Shelby seeking out Father Hughes (Paddy Considine) and things end quite badly. Definitely of the prettier Peaky Blinders filming locations! 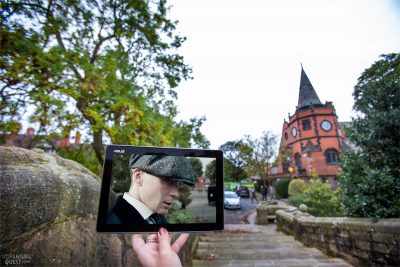 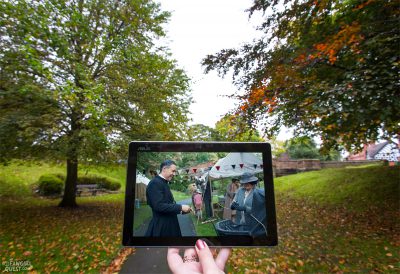 Yay, finally a Tom Hardy sceneframe! We drove up to Formby Beach simply because we saw a glimpse of it in the trailer for season 4 and our trip was a success. You can read all about our sand dune adventure & see more photos from Formby Beach in this blog post. 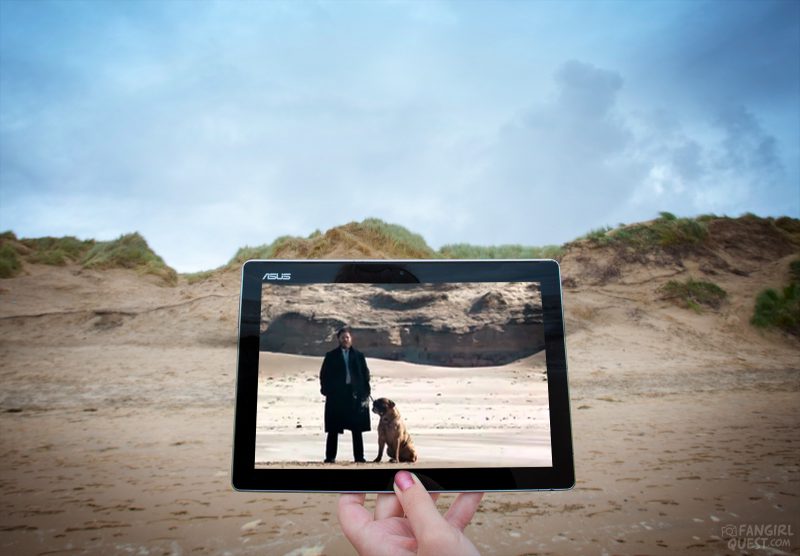 Quite an important one out of all the Peaky Blinders filming locations, but unfortunately, we didn’t have time to visit this time. But we have to leave something for the next time, aye?

The Black Country Living Museum takes pride in being one of the locations for the show, so their website has a lovely section dedicated for the show and the different scenes that took place there. 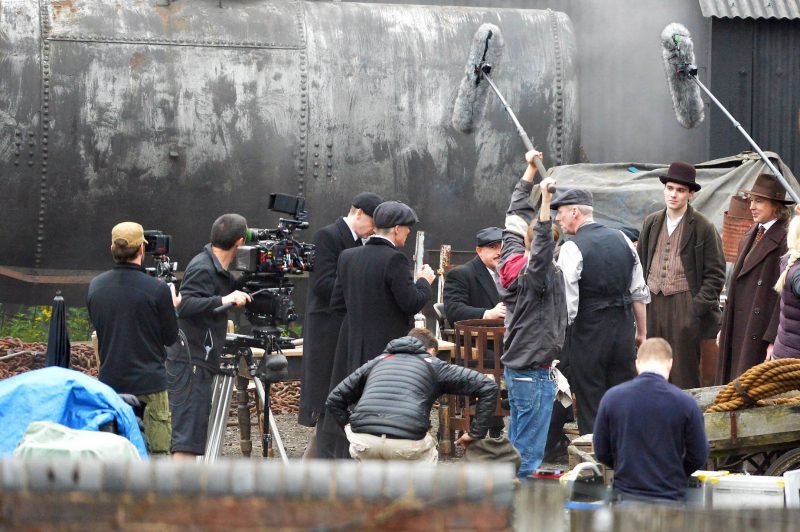