Pad Around London with Paddington 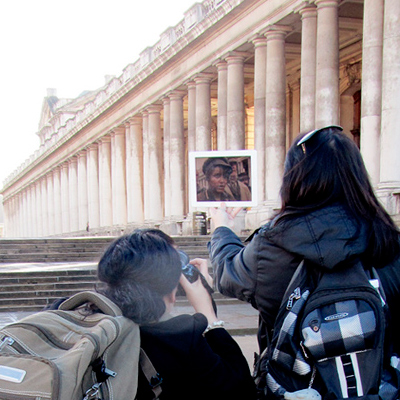 When we learned some of the biggest scenes from Les Misérables weren’t actually filmed in France but in London, we were amused, amazed… and extremely happy. As huge, huge fans of this story and the filmatization of it we jumped to the chance of visiting one of their filming locations for photos.

From Wikipedia: The Old Royal Naval College (..) has “outstanding universal value” and is reckoned to be the “finest and most dramatically sited architectural and landscape ensemble in the British Isles.”

Once you’re stood in the middle of King William Court, you really can’t help but to agree. Dozens of famous movie scenes were filmed here, but even if you’re not a film tourist like us, you will enjoy everything that ORNC has to offer. 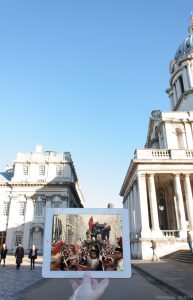 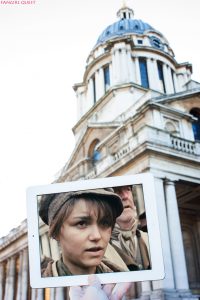 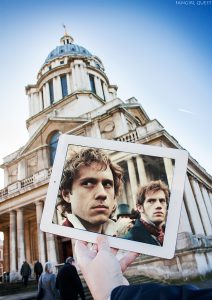 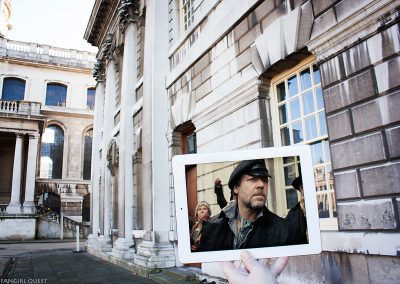 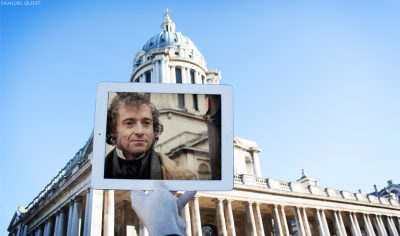 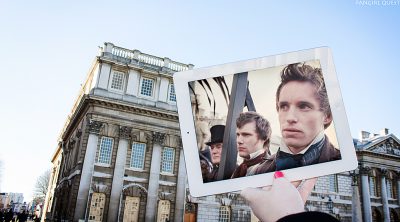 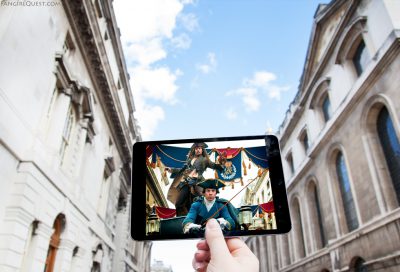 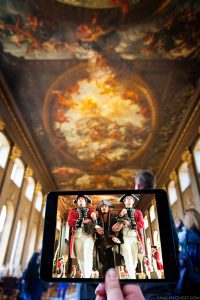 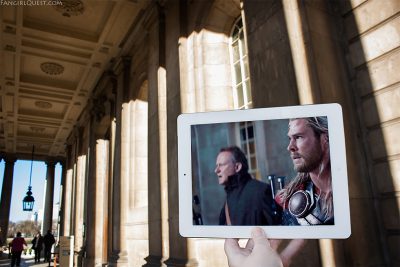 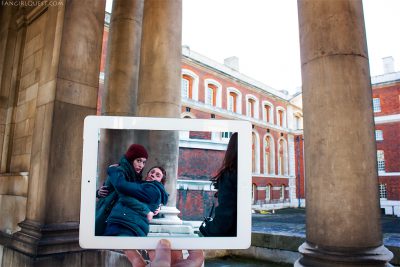 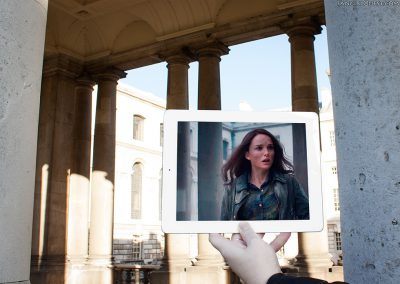 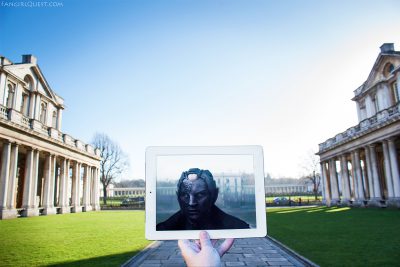 During our visit to ORNC we just wandered around in awe, trying to locate the exact spots for some Les Mis and Thor shots for our sceneframing photography.

How the sceneframing photos are made…

Then, a few months later we were kindly taken there by Visit Britain and treated to a guided tour with the location manager Ian. He was the nicest dude and knew a lot of interesting secrets about some of the filming crews that had been down there (or maybe we should just call them ‘facts’ instead of secrets, since I doubt he’d tell bloggers any actual secrets). Like, how they fixed an old gate so they could bring Johnny Depp on set safely without any of the hovering paparazzis spotting him… and how they never then actually used it.

ORNC can also be booked for events like weddings, which makes us think about a grand Les Mis themed wedding… but maybe with a lot less drama and death, and much more love and happiness!

The showdown spot for Thor and Malekith in Thor: The Dark World.

ORNC Official Website
Visit Greenwich
Empire Magazine: “Is This The Most Popular Filming Location In The World?”