Fangirl Quest Explained In A Minute

This was so cool! During our time in Boston we drove down to the Medfield State Hospital for some Shutter Island location spotting. It was hot as hell that day and I forgot my memory card pack at our friend’s house, which meant some extra driving to a digi shop and back. But we managed to keep our spirits up despite the time loss and had a lovely little stroll around the hospital grounds.

The sun was shining and the skies were lovely blue, but there’s just something about these massive, run down, abandoned mental facilities that gives you the chills, no matter dark or light.

Some of the buildings have been recently demolished, so we got pretty lucky the ones used in the movie were still there. Some parts of them were very, very different, but as long as we can align the screenshots on something, we’re good! 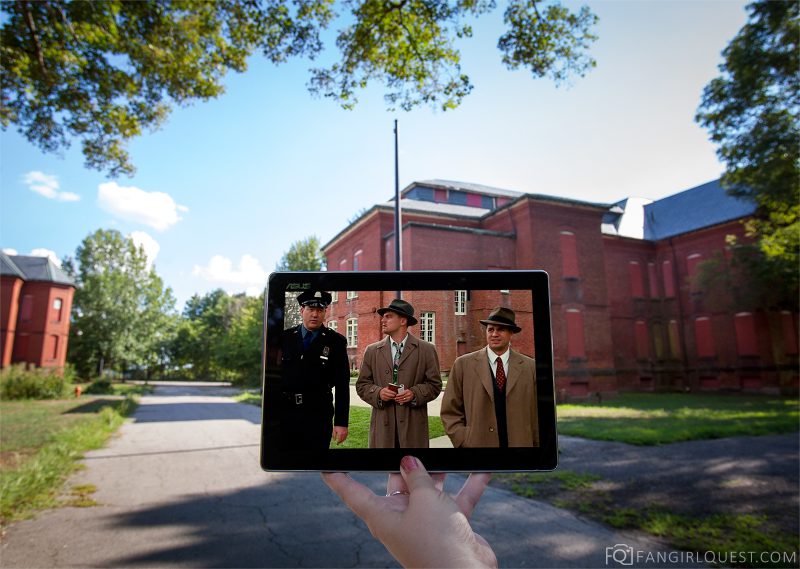 The Medfield State Hospital was added to the National Register of Historic Places in 1994 and the grounds have been reopened to the public. However, visiting after dark is strictly forbidden. The local police patrol the facility, which is probably because they want to keep everyone safe (from the GHOSTS, obviously!)

The grounds once held the capacity of 2,200 patients.

When we arrived, the first thing we looked for was the main building from Shutter Island. We kept driving around, looking at buildings from different angles, but nothing looked the same. Finally, we realized that most of Scorcese‘s movie hospital was make-believe. The building featured in the movie does not look the same in real life.

In the film, it has a beautiful, grand facade, flower beds and pathways, but in reality, it’s all stripped down and bare. Even the pathways are different or missing completely! Not to mention the nice stairs where Leo’s character chats with Ruffalo’s in the final scene.

Here, compare for yourself:

A screenshot from Shutter Island: a lot of details were added to the hospital building. 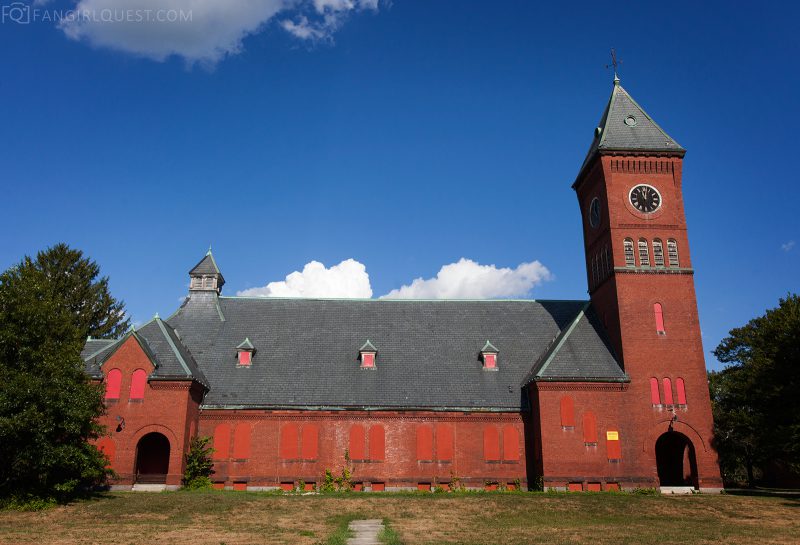 The main building looks very different from the movie version.

It would be quite exciting to get to see buildings like this from the inside and take some really spooky photos. However, when they’re threatening you with an arrest, it might be better to just stay outside… 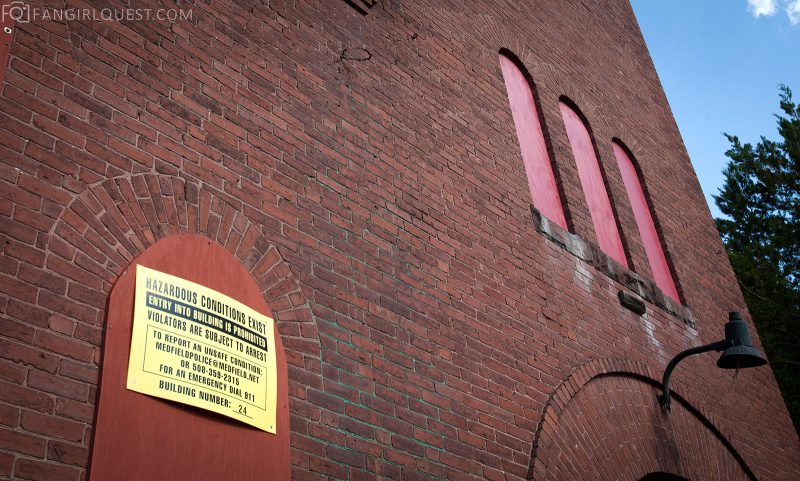 Warning signs on the walls. 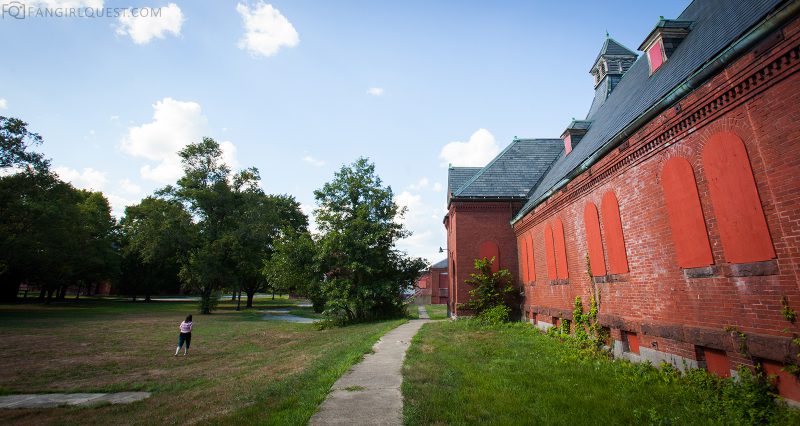 The hospital grounds are open for public during daytime. 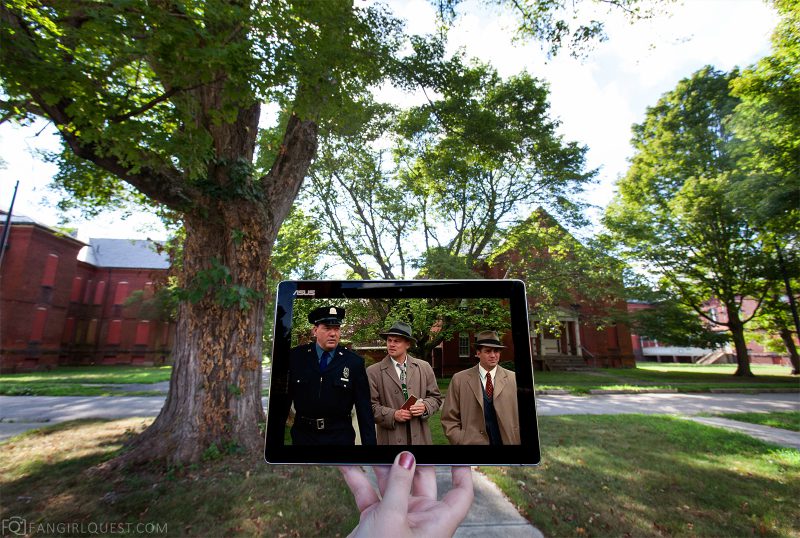