Helsinki Movie Locations: Some Of Our Famous Neighborhoods

The capital of Finland, Helsinki, is not the biggest capital in the world: a little over 600,000 people inhabit our precious home town. Not many internationally famous films have been filmed in Helsinki (or Finland for that matter) either, but that didn’t stop us from sceneframing some of them! Here’s a look at some of the Helsinki movie locations and their surrounding areas.

Here’s a collection of filming locations in Helsinki and some movies; old classics and some more recent and fun ones.

Veijarit (Hustlers, 2010) is a story of two guys with a careless life and relationships starring Mikko Leppilampi and Antti Luusuaniemi. It’s a particularly dear one for us, since Tiia worked long days and nights as a still photographer during the production and so, the so called source photo on the tablet was also originally taken by her!

The Kallio area in Helsinki is well known for its pubs and restaurants with cheap beer and food, bohemian lifestyle and students living in the area. It used to be the more affordable place to live in Helsinki, but due to the area becoming quite popular and “cleaning up” a little, the prices of apartments have gone up drastically in the past decade. Sadly. 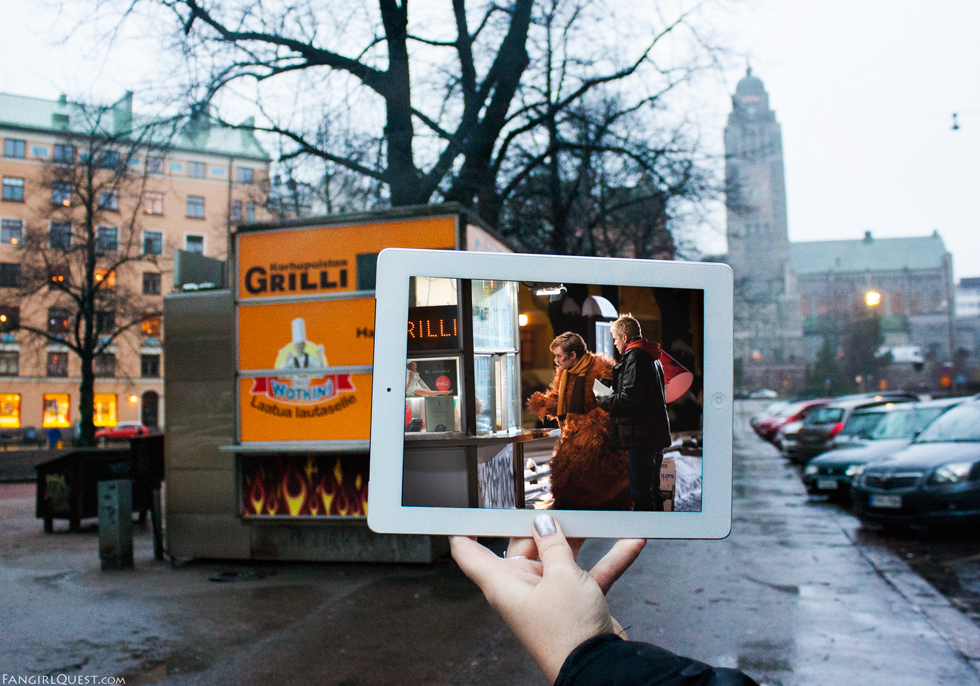 Rööperi (Hellsinki, 2009) is a film about two criminals, Tomppa and Krisu (Samuli Edelmann and Peter Franzén), in the neighborhood of Punavuori (in slang “Rööperi”), Helsinki from the mid-1960s to the late 1970s.

The area used to be the place for the working-class people, today it’s better known as a bohemian district popular among artists, hipsters and students. It is one of the most densely populated areas in Finland and nicely located between the city centre and the Helsinki port / seaside area. 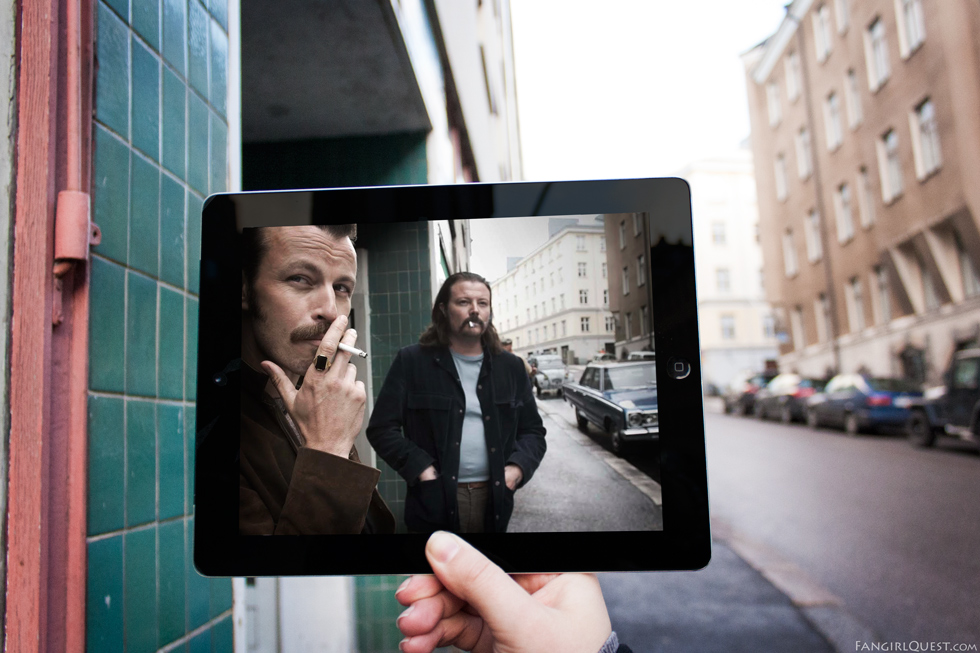 Peter Franzen and Kari Hietalahti (Rööperi) having a smoke on Merimiehenkatu, Helsinki.

Pussikaljaelokuva (Six-Pack Movie, 2011) is a movie about young men and their relaxed attitude towards alcohol. It was filmed in the Kallio area in the summer of 2010.

Helsinginkatu (known as “Hesari” for locals) is another well-known area and street in Helsinki, just a couple of blocks away from the Hustler’s Karhupuisto. It’s not a dangerous area to visit by any means, but you should still keep an eye on occasional (very) drunk people and druggies. However, in our experience, these guys mostly just make a lot of noise and aren’t a threat to anyone’s health. 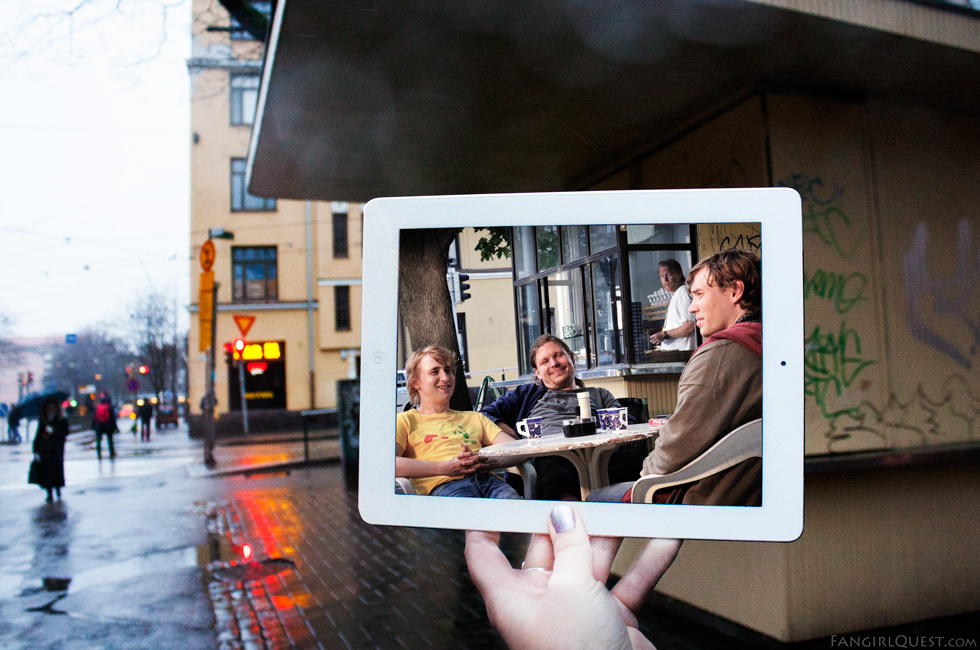 The heroes of Pussikaljaelokuva in front of a canopy type kiosk in Kallio, Helsinki.

Calamari Union (1985) is a satirical cult classic about several men named Frank, who (try to) migrate from the neighborhood of Kallio across the city to Eira in search of a better life.

Eira has some of the most expensive old, jugend-style apartments in Helsinki and several foreign embassies. It’s a nice area for a walk though: the buildings are beautiful, it’s near the Kaivopuisto park and there’s a lovely sea view all along the way. There area a few posh cafes and restaurants in the area too. 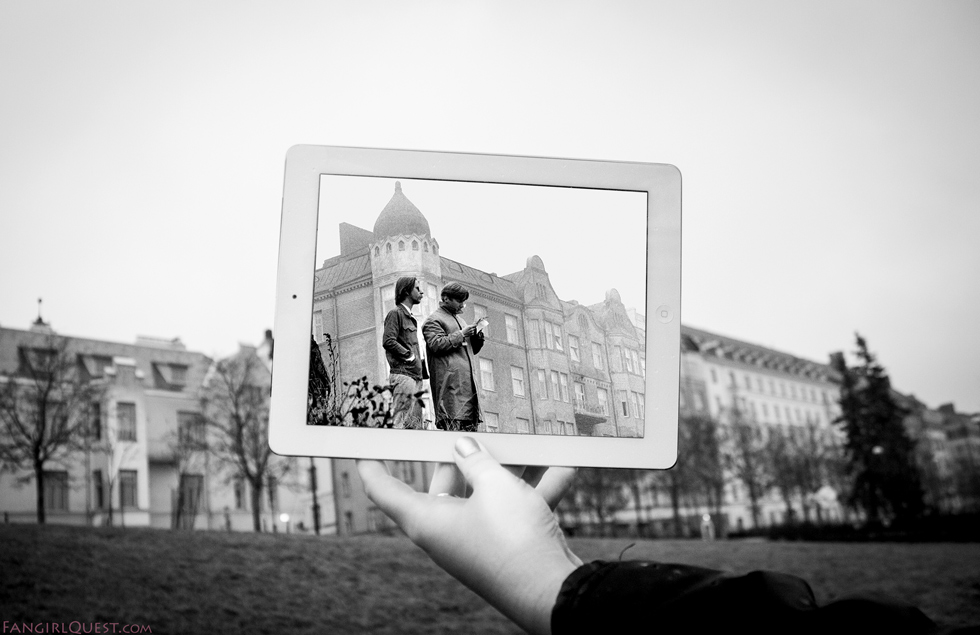 The beautiful area of Eira in black & white in the movie Calamari Union.

Another shot from Calamari Union. This little city park called Ruttopuisto (direct translation: “plague park”) is located on Bulevardi near Mannerheimintie. The park name is actually a nickname, but it’s what everyone we’ve ever known call it. The plague part is actually real, as over a thousand victims of the 1710 plague are buried next to the park. The park’s official name is Old Church Park, which comes from the beautiful little church located in the middle of it.

The Old Church was designed by Carl Ludvig Engel and completed in 1826. 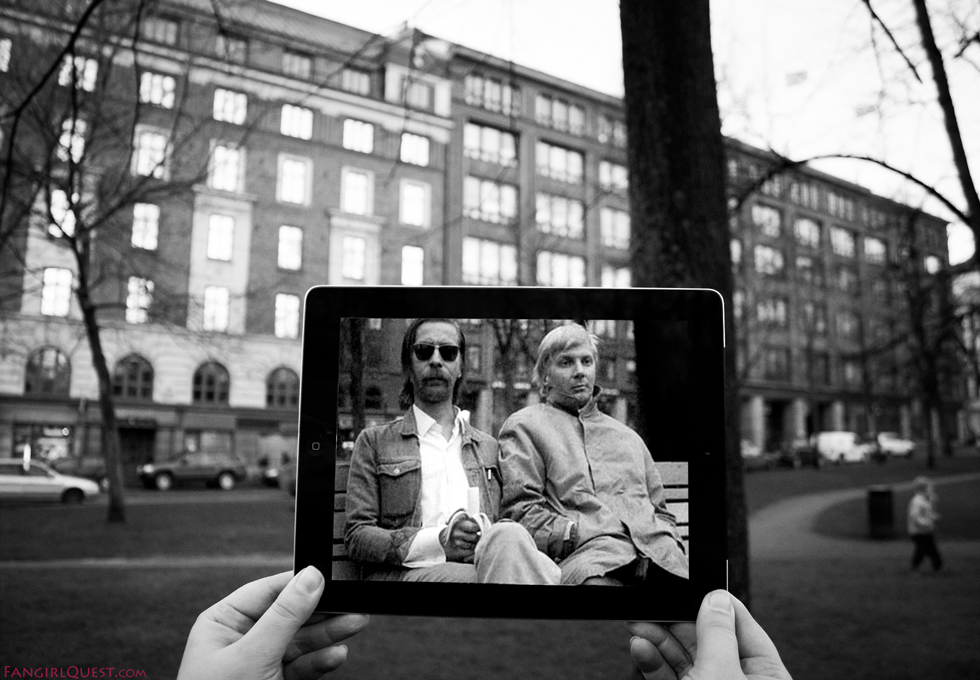 Some of the funniest Finnish actors of all times: Matti Pellonpää and Pirkka-Pekka Petelius in Calamari Union at Ruttopuisto, Helsinki.

Laitakaupungin valot (Lights In The Dusk, 2006) is comedy-drama film written, produced, and directed by Aki Kaurismäki, one of our most beloved and acclaimed director.

The area of Ruoholahti was created in the 1910s by connecting several small islands with earth fill. During this time, it’s served as a busy industrial area as well as a place for many kinds of culture and event venues. The area got a massive facelift starting in the 90’s and is now full of offices, residential housing and shops.

One of our favorite places in Helsinki is actually located right “behind” this scene below. Kaapelitehdas, which was originally an old cable factory but has been transformed into a vibrant cultural centre. Kaapelitehdas is the home for various organisations, and hosts events large and small, including concerts, exhibitions, fairs and festivals. There’s also a cozy restaurant downstairs, where you can spot some Finnish musicians and artists, as well as enjoy a cup of coffee and maybe get some work done on your laptop. 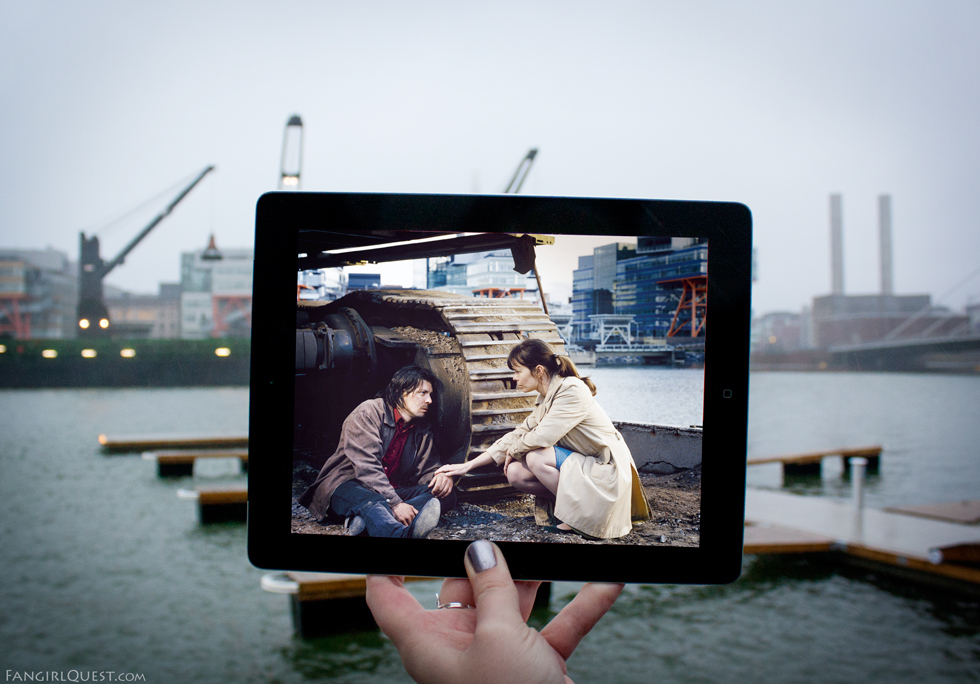 Helsinki’s foggy, rainy Ruoholahti as a backdrop for Laitakaupungin Valot.

Komisario Palmu (Inspector Frans J. Palmu) is one of the most popular characters created by Finnish writer Mika Waltari. Palmu starred in three mystery novels, which were all turned into movies in the beginning of the 1960’s by director Matti Kassila.

Pictured below is the Uspenski Cathedral, which is located right on the edge of Katajanokka, one of the most distinguished neighborhoods in Helsinki. Katajanokka’s best-known residents include former Finnish President (from 1982 to 1994) Mauno Koivisto and composer Einojuhani Rautavaara. Apart from beautiful residential housing, the area holds cruise terminals, event venues, restaurants and hotels.

One of the hotels, Hotel Katajanokka, was actually built in an old prison. Here’s an article about it that we wrote a while back. 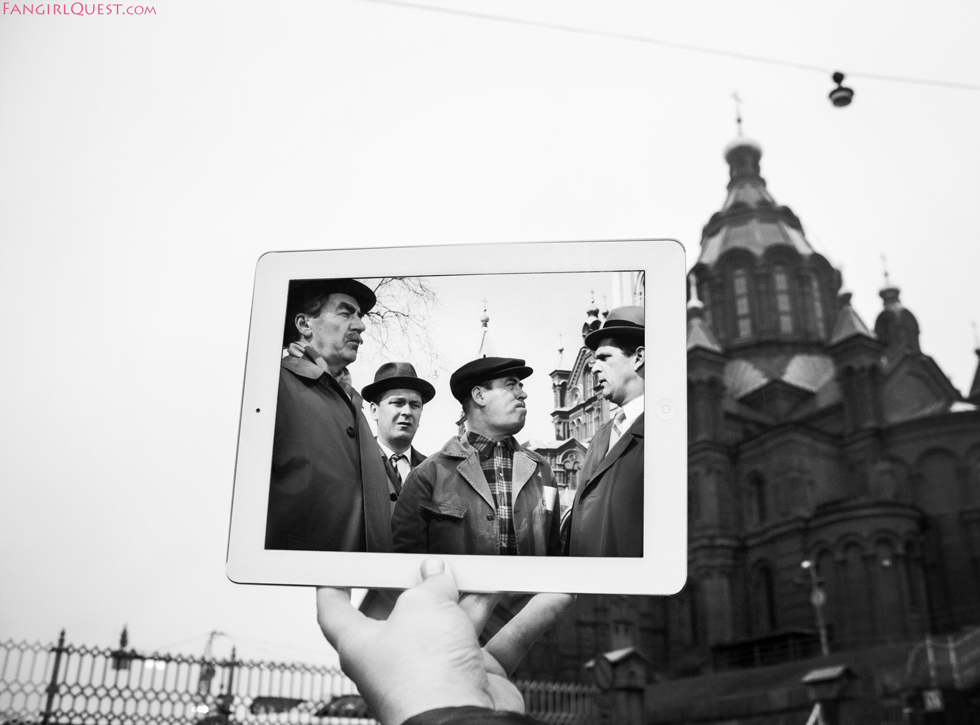 Below you’ll find all the locations and areas mentioned in this story. Welcome to Helsinki, hope you enjoy your stay! :)