A Quick Stop At The Leaning Tower Of Pisa 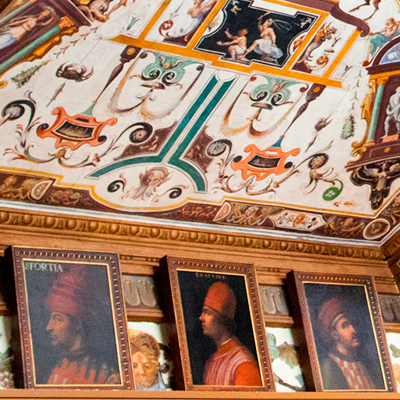 How do I even start describing what Florence looks and feels like to someone who’s lived in a country full of clean, subtle and weather efficient architecture? In this article we take a quick look at beautiful statues, museums and buildings I discovered while roaming the streets of Florence.

We walked around all day long, for four days, but still I feel like I could only scratch the surface of all that Florence has to offer.

Before we left, a friend of mine warned me about something called Stendhal Syndrome. I looked it up on Wikipedia and found out that it’s also known as the Florence Syndrome. Here’s how it’s described:

Stendhal syndrome, Stendhal’s syndrome, hyperkulturemia, or Florence syndrome is a psychosomatic disorder that causes rapid heartbeat, dizziness, fainting, confusion and even hallucinations when an individual is exposed to an experience of great personal significance, particularly viewing art.

I laughed, mainly because it only made me feel even more excited about the trip than I already was. But after our first day in the city, I realised this symptom isn’t even that far-fetched. I didn’t quite faint on the streets of Florence, but there were several occasions when we were looking at something so beautiful that it actually felt unreal. 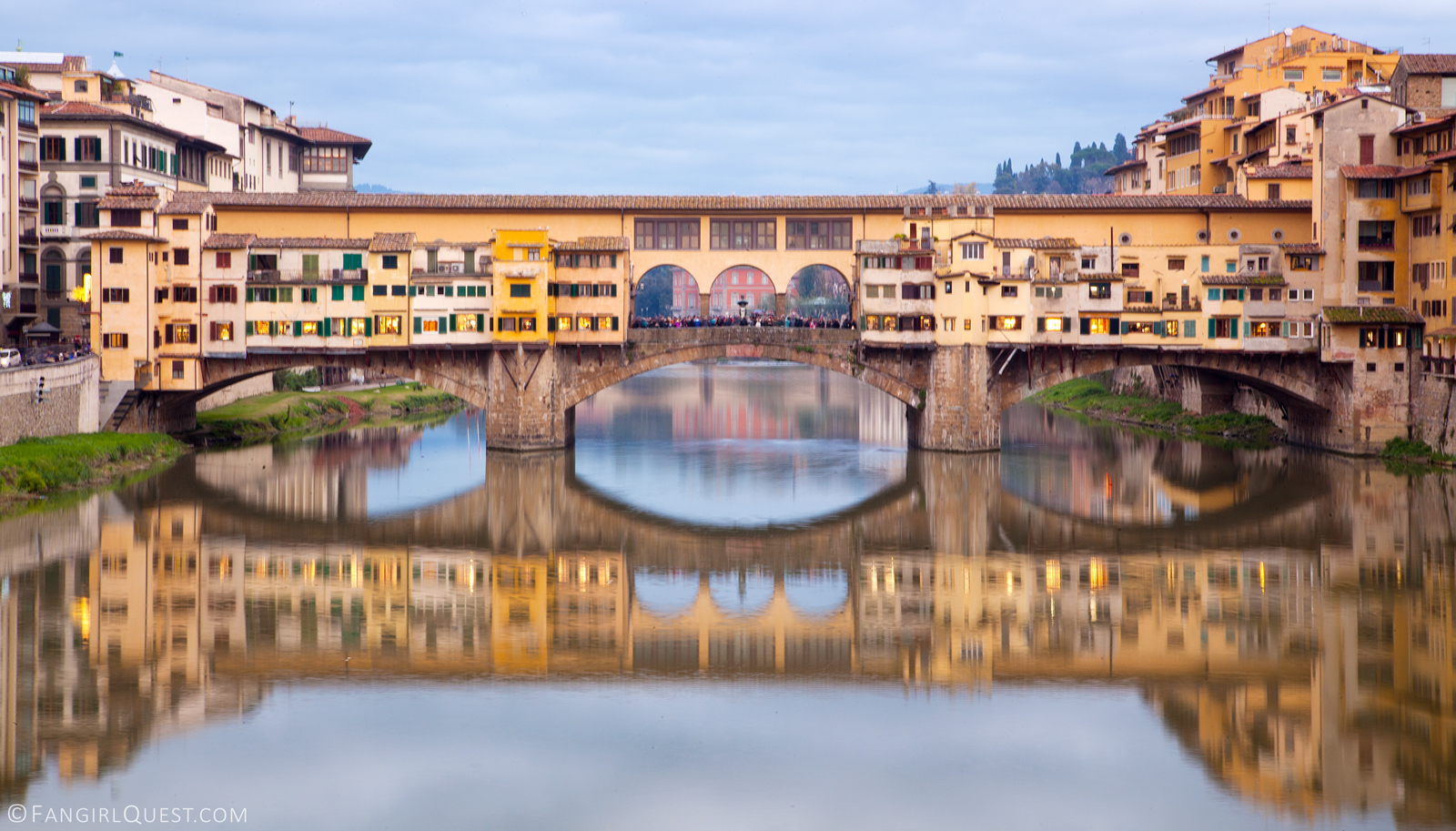 I’m a person who shed many spontaneous tears while standing in the middle of Claude Monet’s Nymphéas at the Musée de l’Orangerie in Paris, and the feeling I got in Florence wasn’t very far from that.

And because a picture is worth a thousand words, here’s a few photos to prove what I’m saying absolutely true.

The Medici Riccardi Palace is a Renaissance palace built between 1444 and 1484. The palace was designed by Michelozzo di Bartolomeo for Cosimo de’ Medici, head of the Medici banking family. Their official website states: 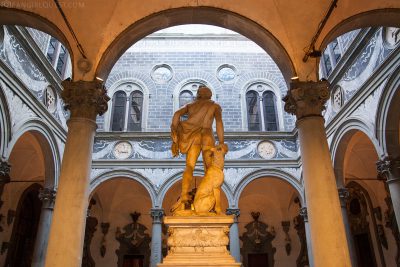 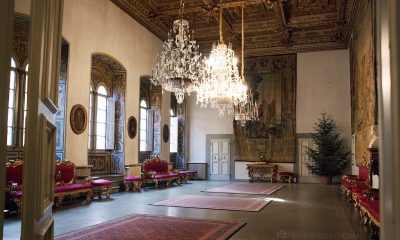 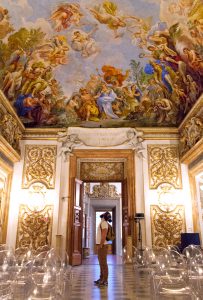 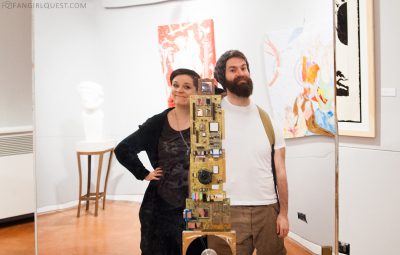 We spent a couple of hours roaming the beautiful rooms and snapping sceneframing photos featuring some of the scenes seen on Hannibal season 3. Like this one. 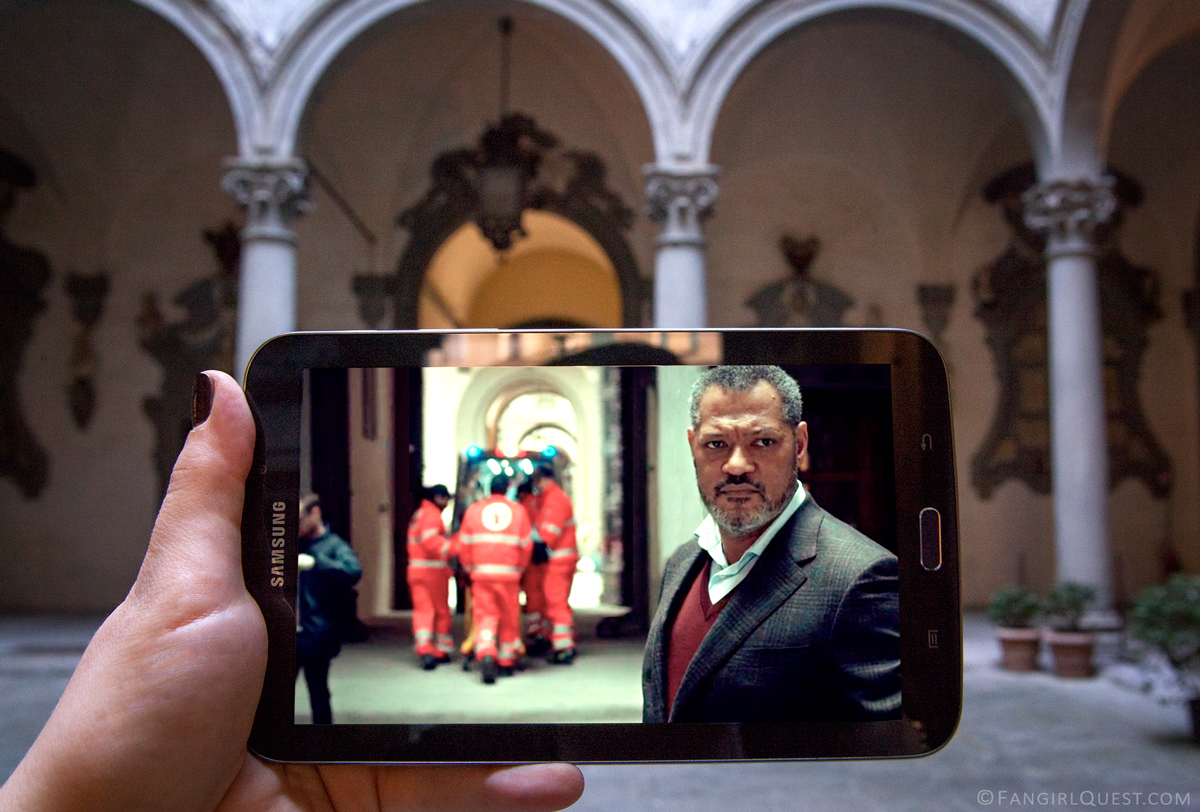 One of our Hannibal sceneframes taken in the palazzo. 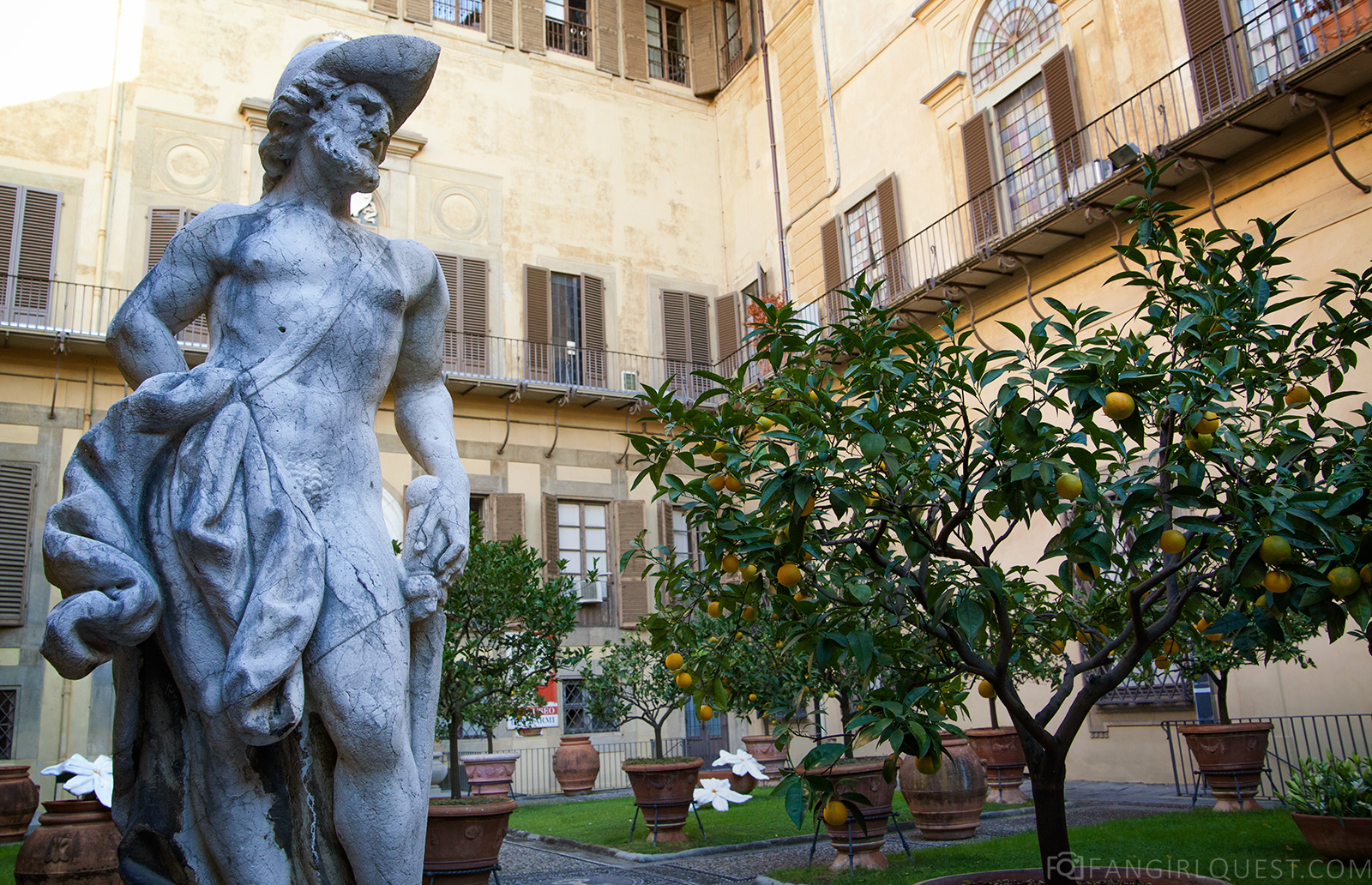 Since the Uffizi Gallery is not only one of the most recommended things to do in Florence, but also a filming location for Hannibal, it was a pretty obvious choice for us.

In the show, Hannibal Lecter and Will Graham meet in a small, cozy room in front of Botticelli’s painting, “Primavera”. But to our disappointment (and amusement), we discovered that this was yet another case of movie magic, and the Botticelli room was nothing like we saw on tv.

The scene in Hannibal vs. the actual Botticelli room in the Uffizi Gallery.

Even thought we experienced this little Hannibal disappointment, we enjoyed our visit and had no regrets about paying for tickets and spending a couple of hours roaming the magnificent rooms full of most impressive works of art. 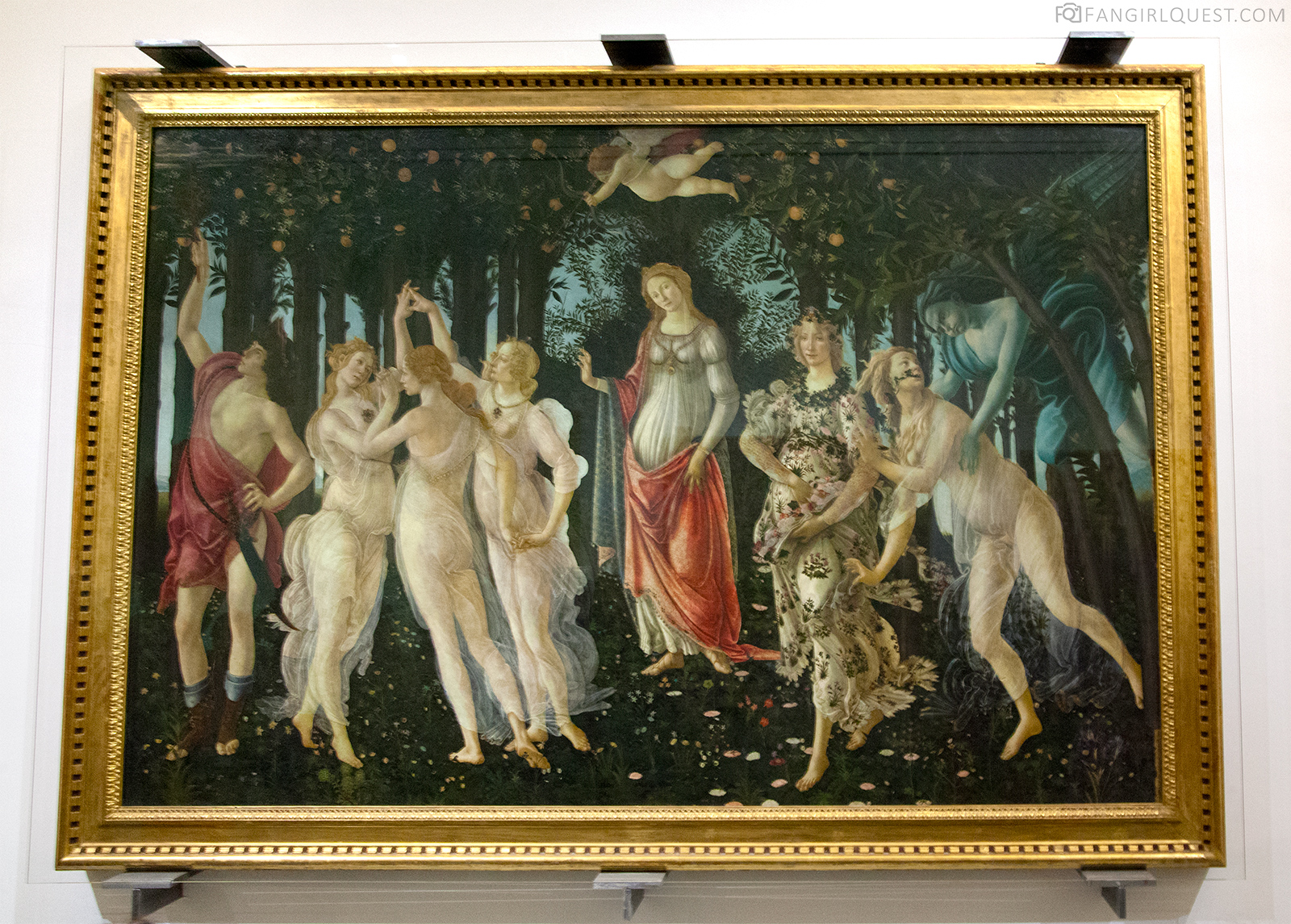 This is it. “Primavera” by Botticelli. Hannibal’s fav.

A Botticelli room panorama. This room is a temporary setting, as they’re renovating a new room for his work. 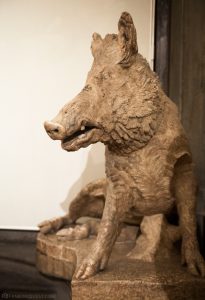 A boar in the corner. 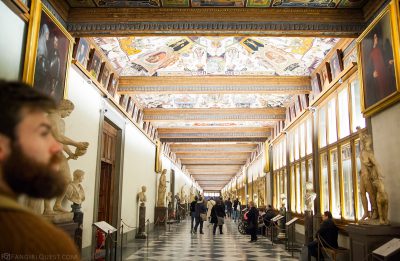 The beautiful halls of the Uffizi Gallery. 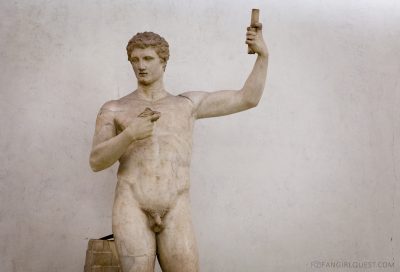 After our little adventure we visited the museum shop – as one does – and bought ourselves a few souvenirs to take home.

There are so many beautiful things to see in this city. We warmly recommend picking a few destinations like museums or buildings in advance, so you won’t regret missing them afterwards.

Here are a few more photos of some the beautiful statues and buildings, followed by a handy list of links for anyone travelling there! 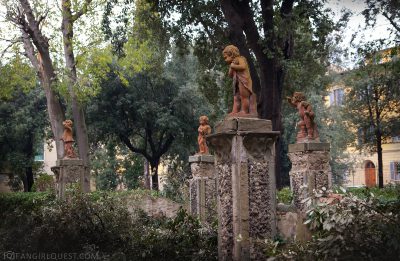 Statues on an empty lot near Palazzo Capponi 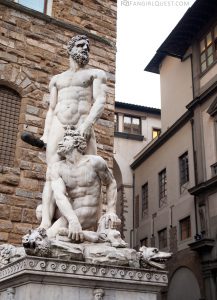 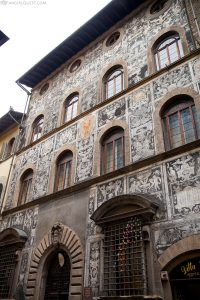 I regret not checking this building’s name – anyone recognise it? 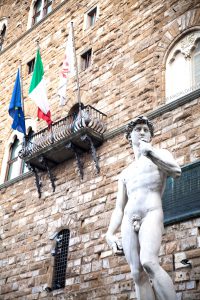 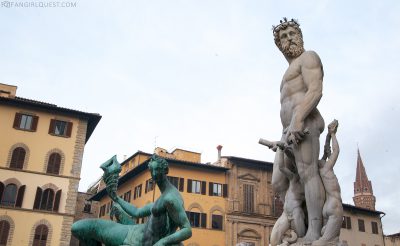 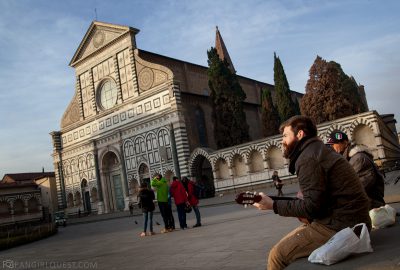 And let’s face it. When you climb all the way to Piazzale Michelangelo at sunset, you’ll realize why the whole city can be considered art.

Useful Links for Anyone Travelling to Florence