Aside from our passion for great TV shows & movies, we share another love: we both adore Poets of the Fall, a Finnish band formed in 2003. They are the reason we met and the reason we started traveling together… and soon noticed that we make a pretty good traveling duo. And then Fangirl Quest was born.

Since 2004, we’ve both attended almost 300 Poets concerts and due to Tiia’s work as their photographer and both of our help with various band tasks & duties along the years, they’ve also become close friends and some of our favorite people on this fine Earth.

Their 8th studio album Ultraviolet will be released on October 5th (yay!!!) and they’ve just released the second single from it, a beautiful song called Dancing on Broken Glass.

The video was directed (and kindly shared with us ahead of release time) by director Miika Hakala. Watch it below… and who knows, if you aren’t already familiar with the band, you’ll fall in love with them just like we did so many years ago ?

Explore beautiful Helsinki with Poets of the Fall

We’ve been talking about sceneframing the Poets videos for the longest time, and because this one was all filmed in several cool locations in our home town Helsinki, we finally got it done!

We’ve met a lot of passionate Poets of the Fall fans all over the world and know for a fact that many of them end up visiting Finland just to see the band live, so we thought the locations featured on the video would make a really cool tour of the city for our fellow fans! 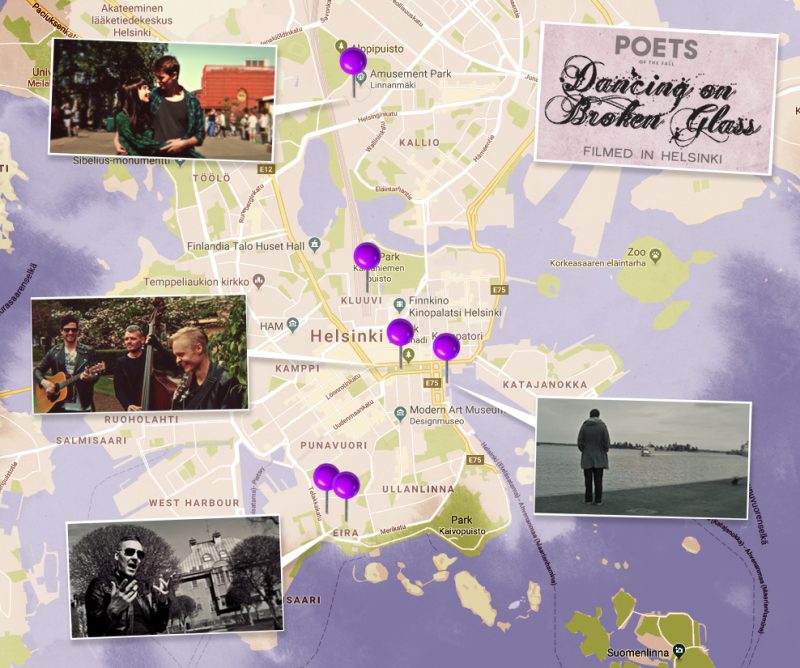 Below you’ll find a list of locations used in the video, plus direct Google Maps links to each of them!

Linnanmäki is Finland’s oldest and most popular amusement park, located in the Alppila quarter of Helsinki. The amusement park, which is owned by the Children’s Day Foundation, was opened for the public in 1950.

For many people in Finland, the greatest childhood (and adulthood!) memories were made at Linnanmäki. Despite them constantly updating the rides and modernizing things all over, there’s always the feeling of great nostalgy when visiting the park. 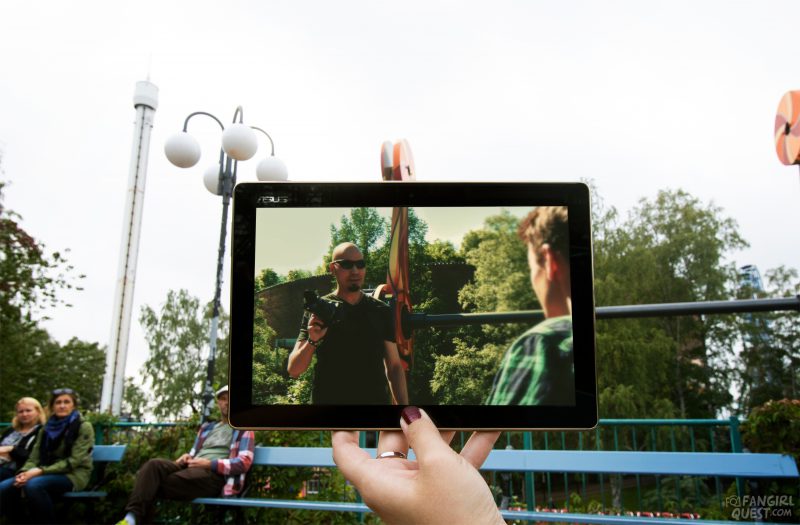 Markus “Captain” Kaarlonen’s photo moment was filmed behind a ride called Kieputin, right next to the classic Ketjukaruselli.

You can briefly spot the band’s drummer Jari Salminen on the video as well, casually sitting on a Linnanmäki bench, enjoying an ice cream. This one’s located in front of Kieputin. 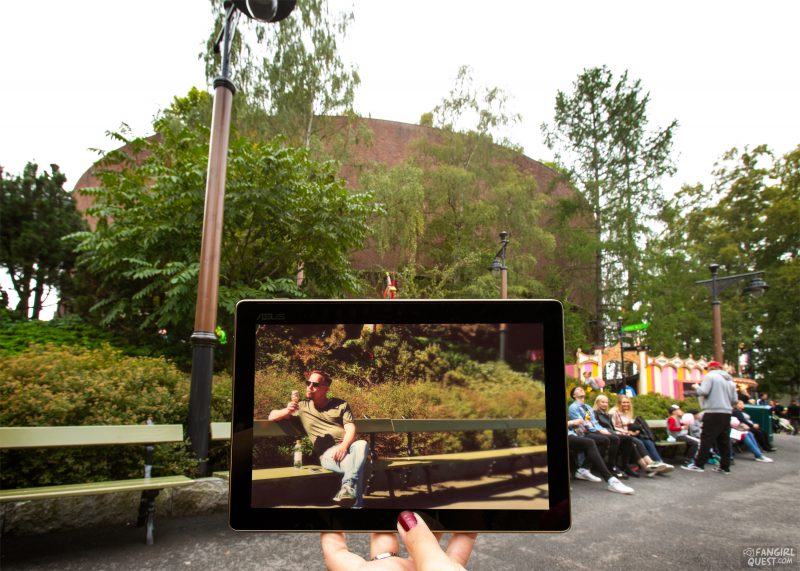 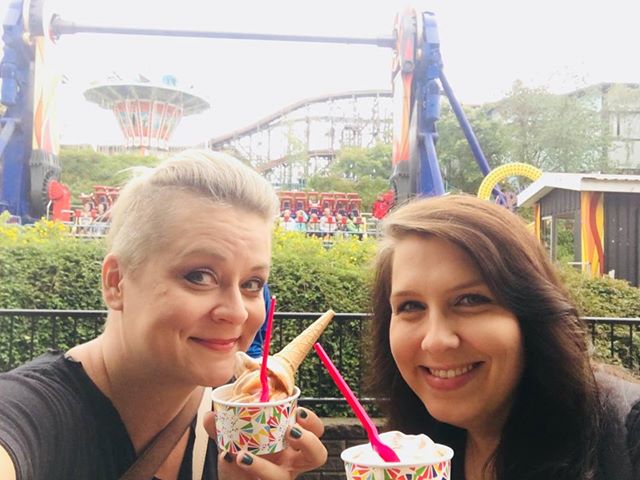 In the video, we see the couple walking past Jari, so (obviously) this shot was taken right next to it. 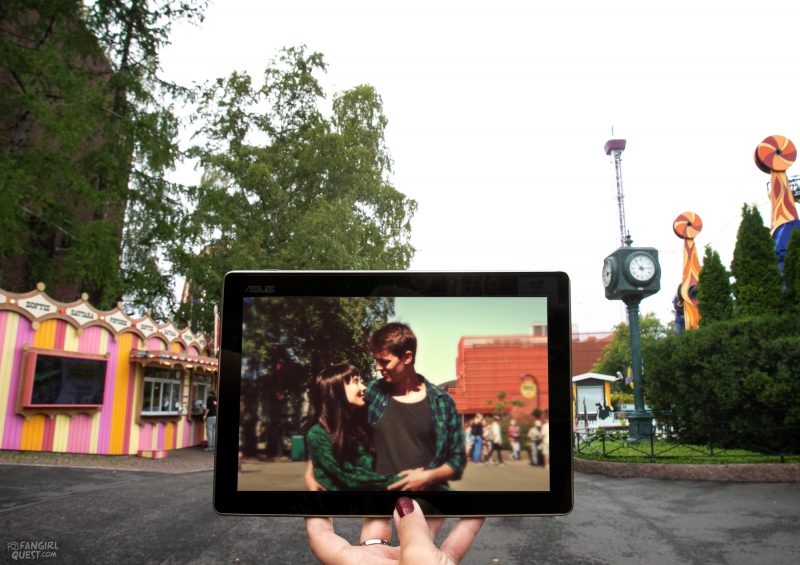 The main stars of the latest Poets of the Fall music video.

? The couple’s location on Google Maps 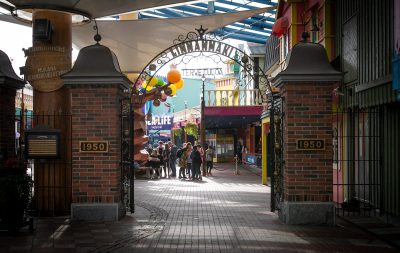 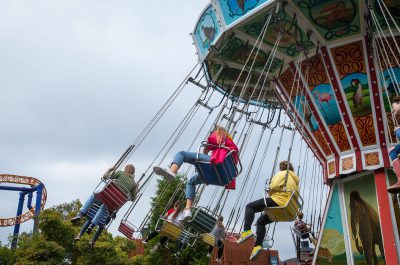 Amusement Park Linnanmäki is one of the most beloved things to do in Helsinki.

From Linnanmäki, you can take tram 3 downtown and visit the next location in the middle of Helsinki. We recommend checking routes, stops and times from Reittiopas, a guide to all the public transportation in Helsinki or downloading the HSL app for times and tickets as well.

2. Watch people come and go at the Central Railway Station

The opening scene of the video was shot at the central railway station, on platforms 5 and 6. The station area is quite busy and nearby you’ll find all the biggest shops and shopping malls of downtown Helsinki. There’s also a lovely park for nice walks nearby called Kaisaniemi Park.

Related post: See Helsinki featured in some of the most legendary Finnish films. 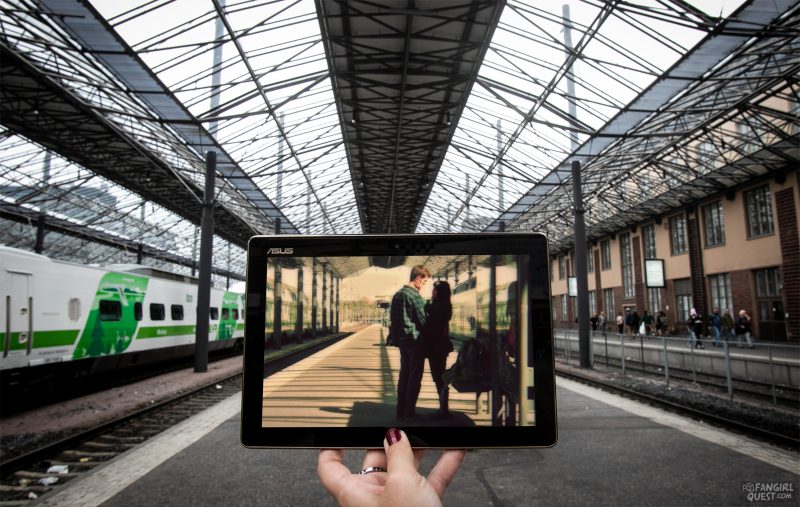 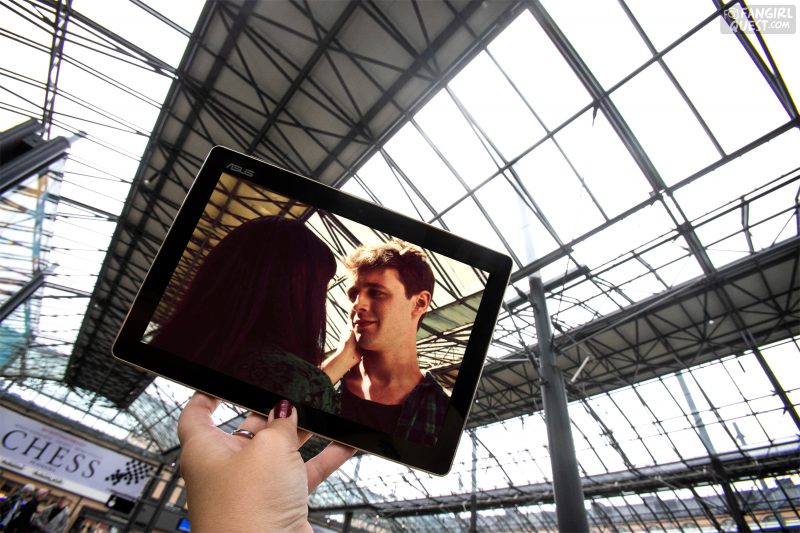 Helsinki train station is one of the most recognizable locations of the video.

From the train station you can walk to the next location, visit our favorite (massive!) bookstore Akateeminen Kirjakauppa or maybe grab a coffee to go from Starbucks or Espresso House.

3. Take a walk in Esplanadi Park

The Esplanadi Park is a popular spot for casual walks, picnics and bubbly drinks. There are several restaurants around, but you can also grab a quick lunch at a nearby shop (like Stockmann Herkku) and enjoy it on the benches or on the grass. 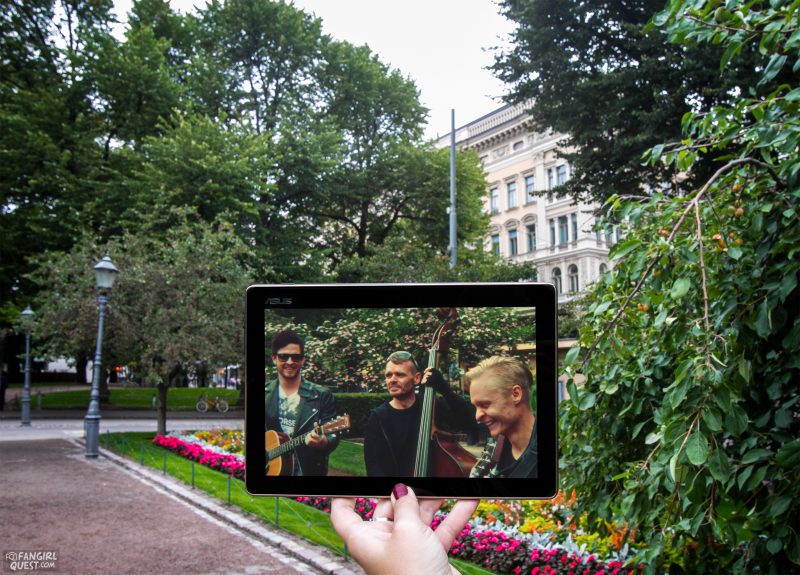 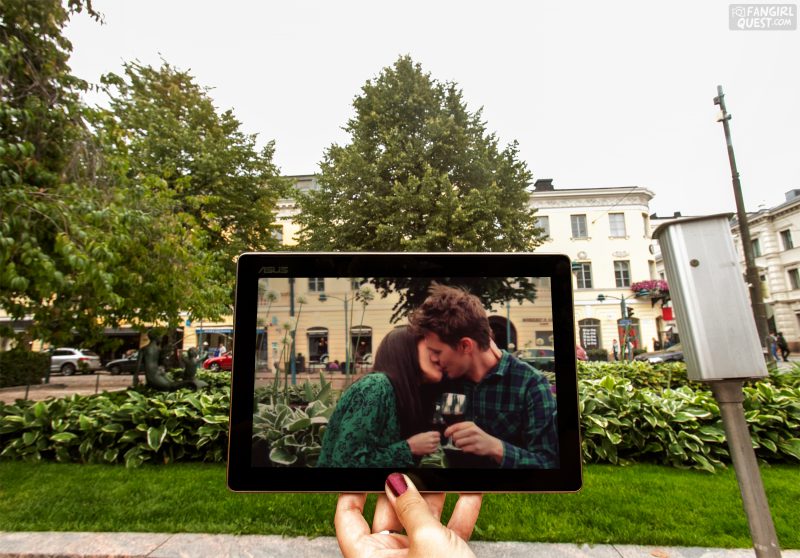 The Esplanadi park is a popular spot for picnics and summer day walks.

? The making out spot in Esplanadi Park on Google Maps

4. Enjoy the atmosphere at the Market Square

A cup of coffee and a sugary donut! ?? That’s the very basic and most Finnish thing to do at the Helsinki Market Square. There are a lot of other options available (like food prepared in stalls and eaten off cardboard plates on rickety tables, berries and fruit, fish and freshly baked bread), but the coffee & donut thing is a must.

The market square isn’t necessarily the prettiest thing in Helsinki to look at, but it’s a famous and a very traditional location… and very dear to most of us Helsinkians.

And remember: if you do decide to enjoy a snack at the square, you’ll need to be aware of the seaguls. They’re a vicious bunch of thieves who will attack your ice cream within seconds ?

(See, one of them even managed to get in our sceneframe!) 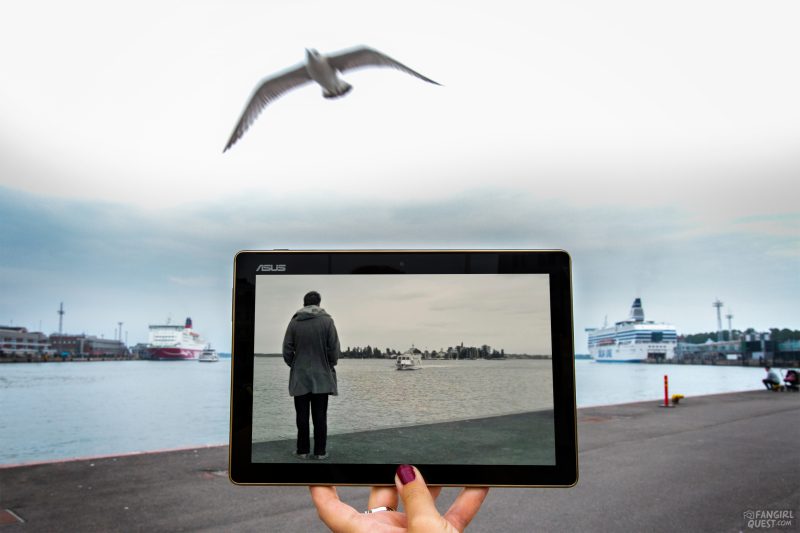 The ending scene of the video was filmed in Kauppatori Market Square.

The end scene of the Poets of the Fall video was filmed just off the square, where there’s a parking lot and (during summertime) a pop-up wine bar. The link below will show you the exact location.

? The sad spot at the Market Square on Google Maps

Next up we have the absolutely stunning part of town called Eira. Expensive old houses, secret little parks and winding roads. This is where all the singer Marko Saaresto’s parts of the video were filmed, and most of them can be found along the street called Ehrensvärdintie. 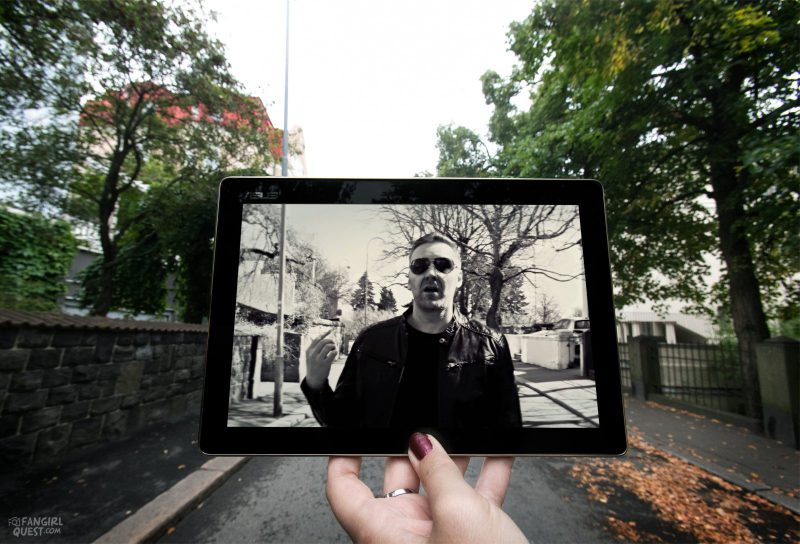 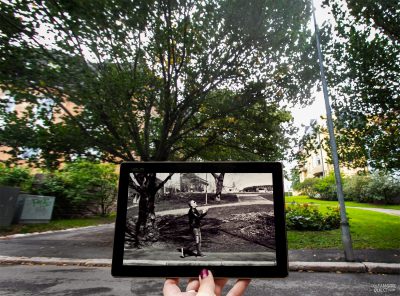 One of the smaller parks in Eira. 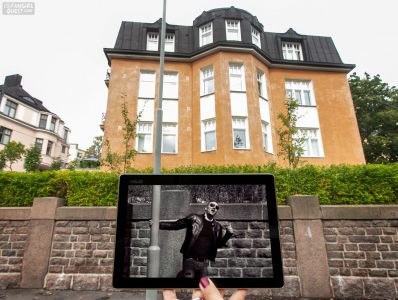 Marko feeling the music in Eira.

Wanna twirl around the pole like Poets of the Fall’s Marko & these two dorks? Follow the link below to find the right spot!

(We also spotted an urban yin & yang symbol on the road. Super cool.) 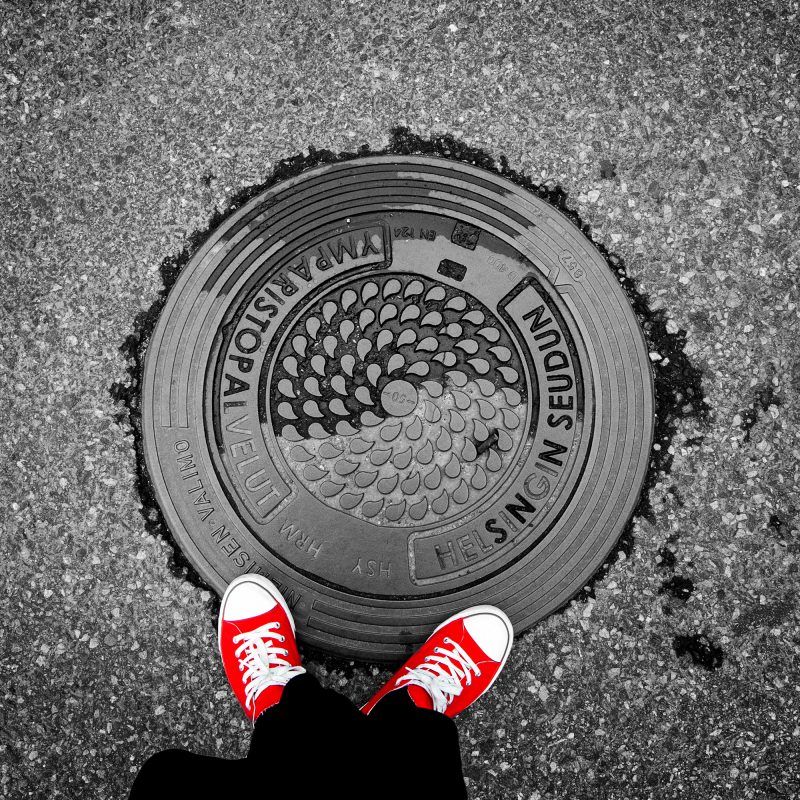 An urban version of the Yin & Yang symbol!

A couple of blocks from the lightpole we have Juhani Aho’s Park, a little corner of the world dedicated to one of the first and most famous Finnish writers. There’s a bench there that was (probably!) used while filming, but we’re guessing they moved it around a little to get this specific angle. That, or we just didn’t know what we were doing. 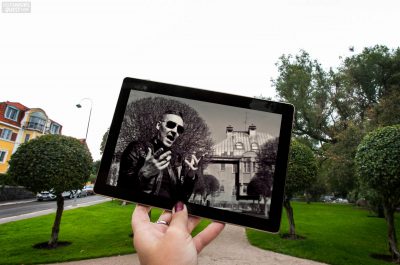 Marko in a park, another beautiful spot in Eira. 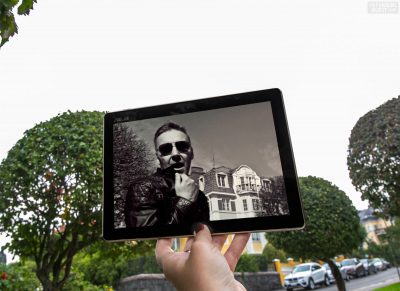 Marko in a park, another beautiful spot in Eira.

This residental area is a quiet one and offers a beautiful view out to the sea. So, a really good spot to end your Poets of the Fall tour in Helsinki! ? 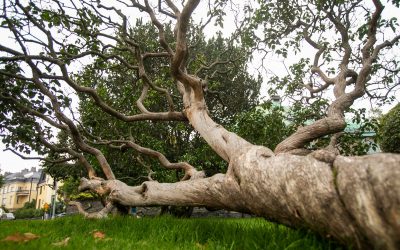 A really cool tree near the filming spot. 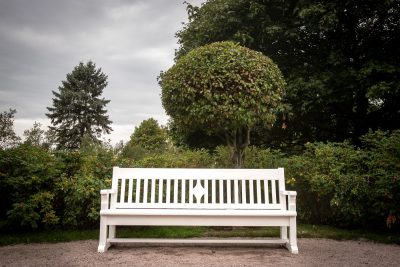 So there we are! Finally, we’ve done the Poetsframing thing and even managed to build you a little guide to our dear home city while at it. We hope you enjoyed the visuals & end up walking in the guys’ footprints at some point. Please let us know if you do — we’d love to see your photos!

Poets of the Fall‘s album Ultraviolet is released on October 5th 2018. The Ultraviolet tour starts in October and reaches several European countries over the following months. You can grab your tickets on their tour page! See you there ??? 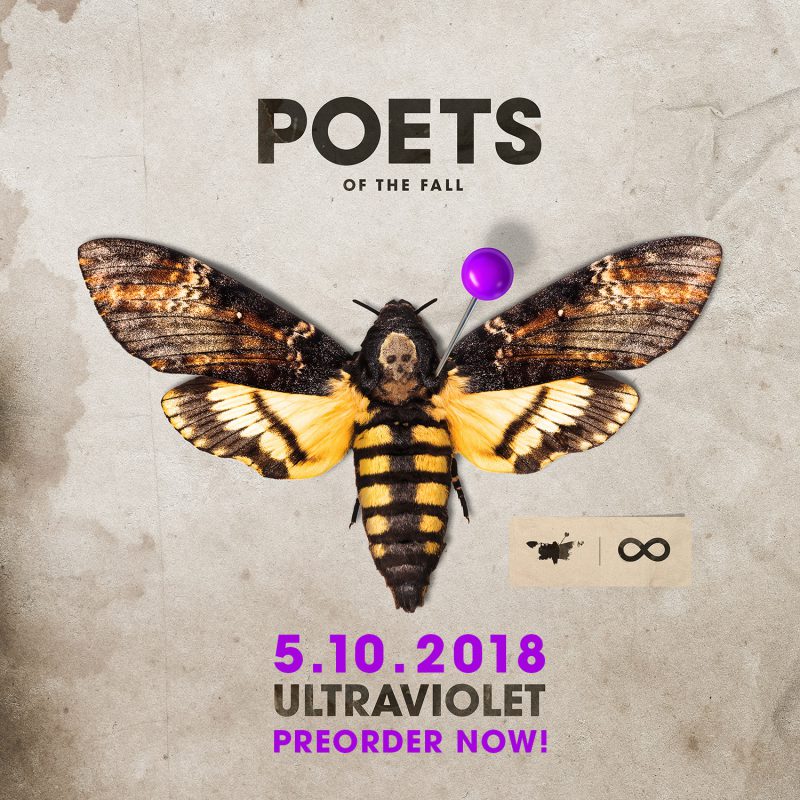 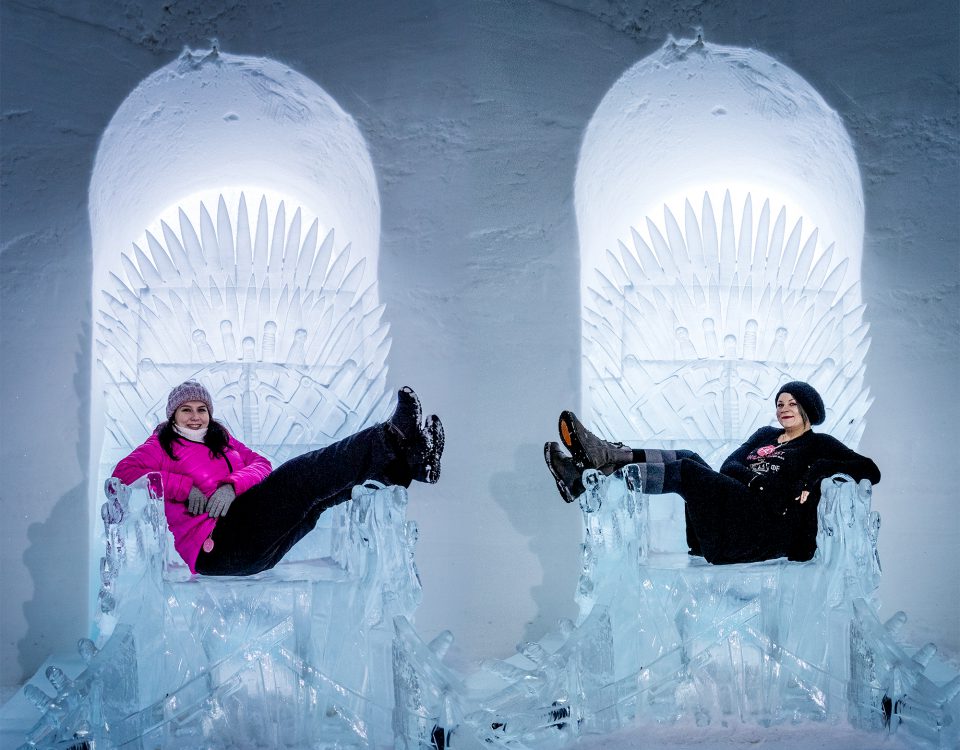 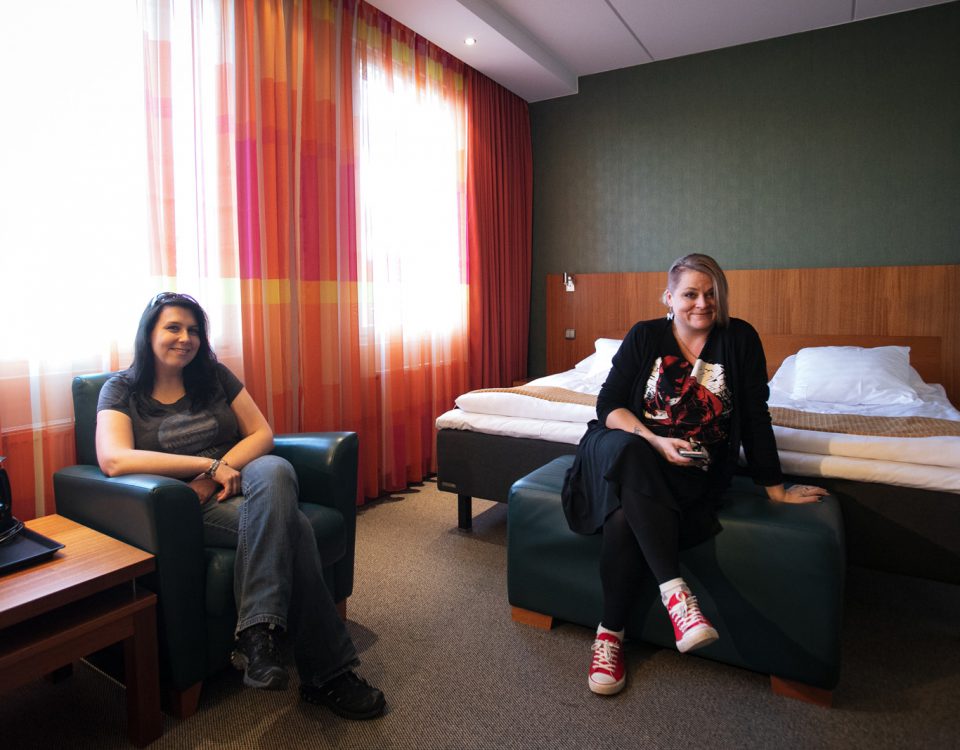