Hidden Figures was one of our favorite movies of 2016 and we were so happy we got to sceneframe it in Atlanta!

We’re counting down the days ’til Christmas with a new sceneframe every day on social media. Every few days we gather them here for a handy advent calendar post. We can’t believe we’re already halfway through to Christmas Eve! 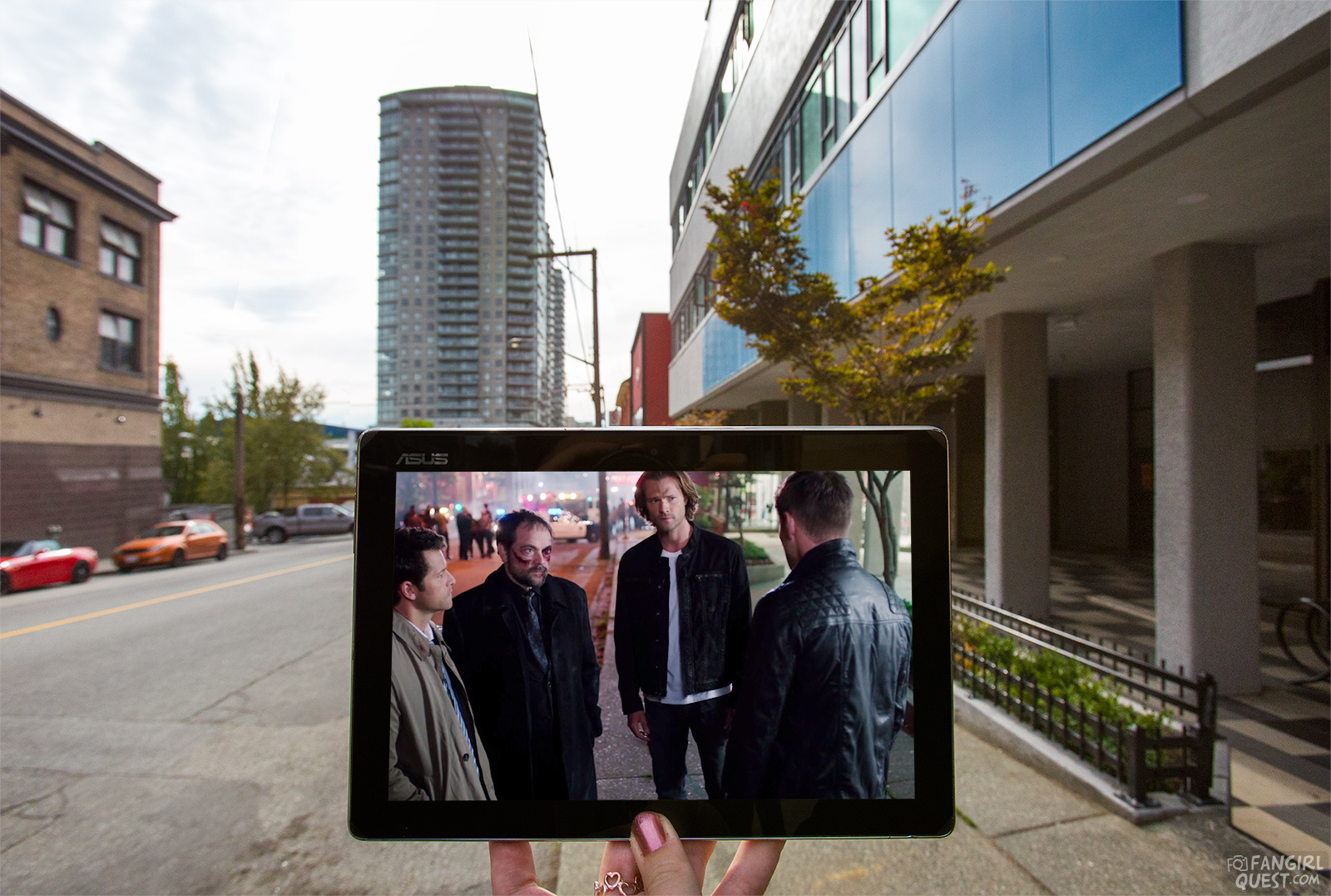 One of the coolest things ever is seeing a scene on screen from a location we’ve been to. It’s even better if we were actually there when they were filming. While we didn’t actually see this particular scene being filmed, we spent a few good hours outside the Metro Club in New Westminster when Supernatural was filming inside for this episode – and we also met Misha and Mark. New Westminster is just a short drive from Vancouver and it’s become very popular among filming crews in the past few years. It’s definitely worth the visit for any film tourists! 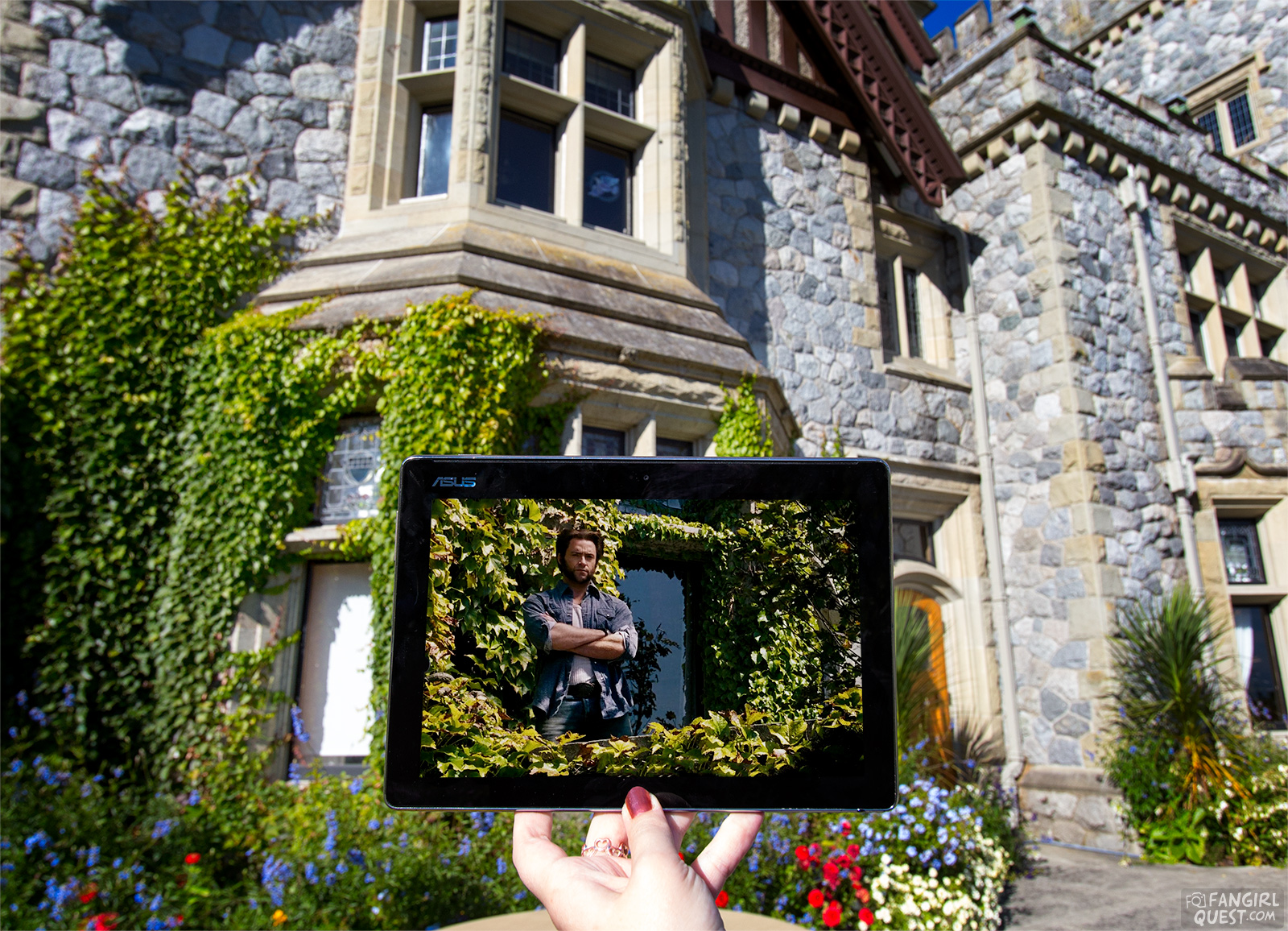 Day 8: X-Men The Last Stand filming location in Victoria, BC

The city of Victoria on Vancouver Island is not only the capital of British Columbia’s but one of the prettiest cities we’ve ever visited. Just a short drive from Victoria is Hatley Castle, a national historic site and a popular filming location.
The castle has played the role of Xavier’s School for Gifted Youngsters in a few of the X-Men movies as well as in Deadpool. This shot is from X-Men The Last Stand. There are loads of scenes filmed inside the castle as well but sadly it was not open to public on the day we visited. Make sure to check any restrictions in advance if you want to see the inside as well. 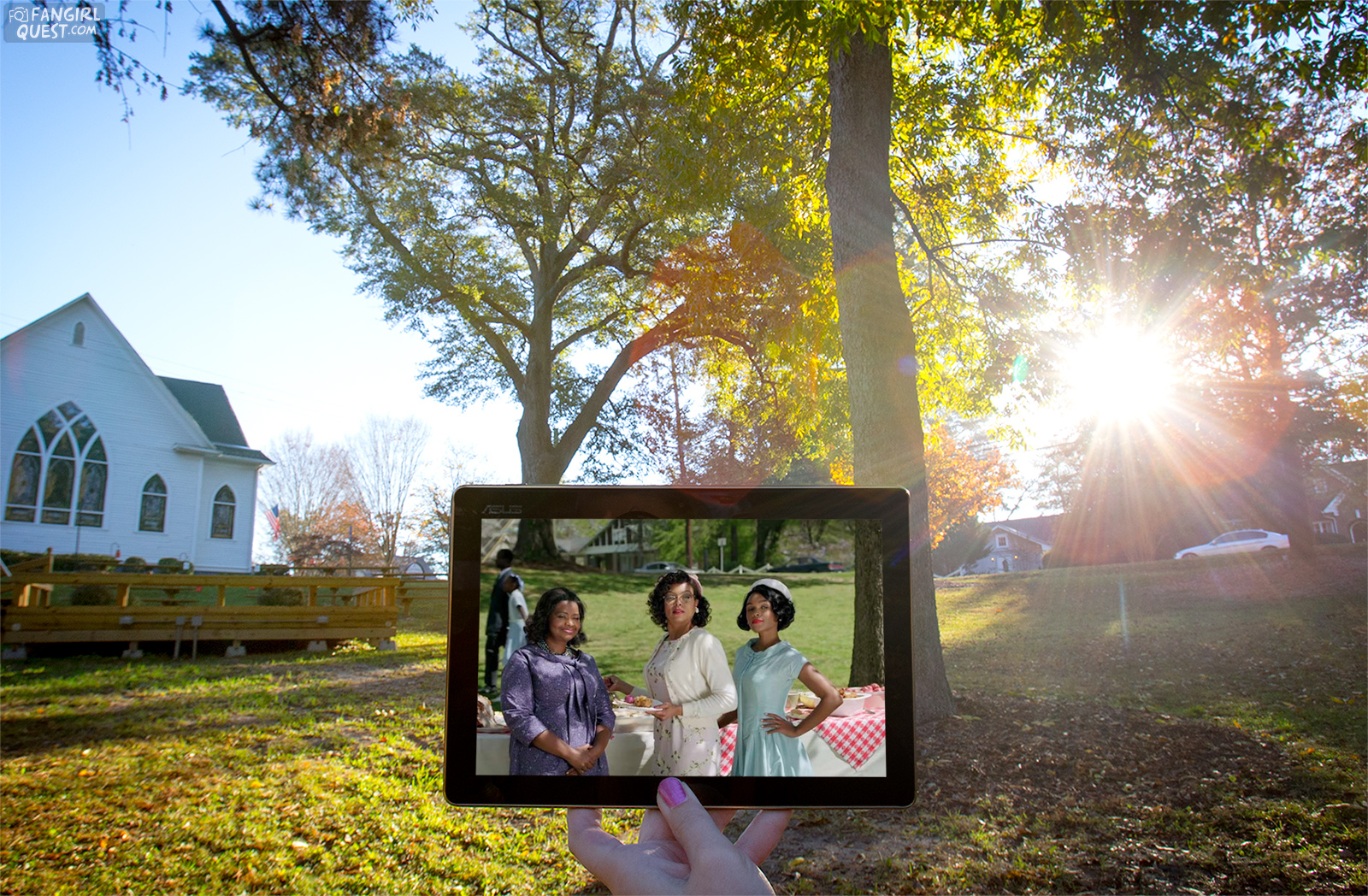 Collins Memorial United Methodist Church in north-west Atlanta set the stage for the after-church picnic in Hidden Figures. We fell madly in love with this movie and would’ve wanted to include even more locations to our busy Atlanta schedule but we were glad we could fit in at least this one. The morning sunshine beaming through the trees just made the moment that much more magical! 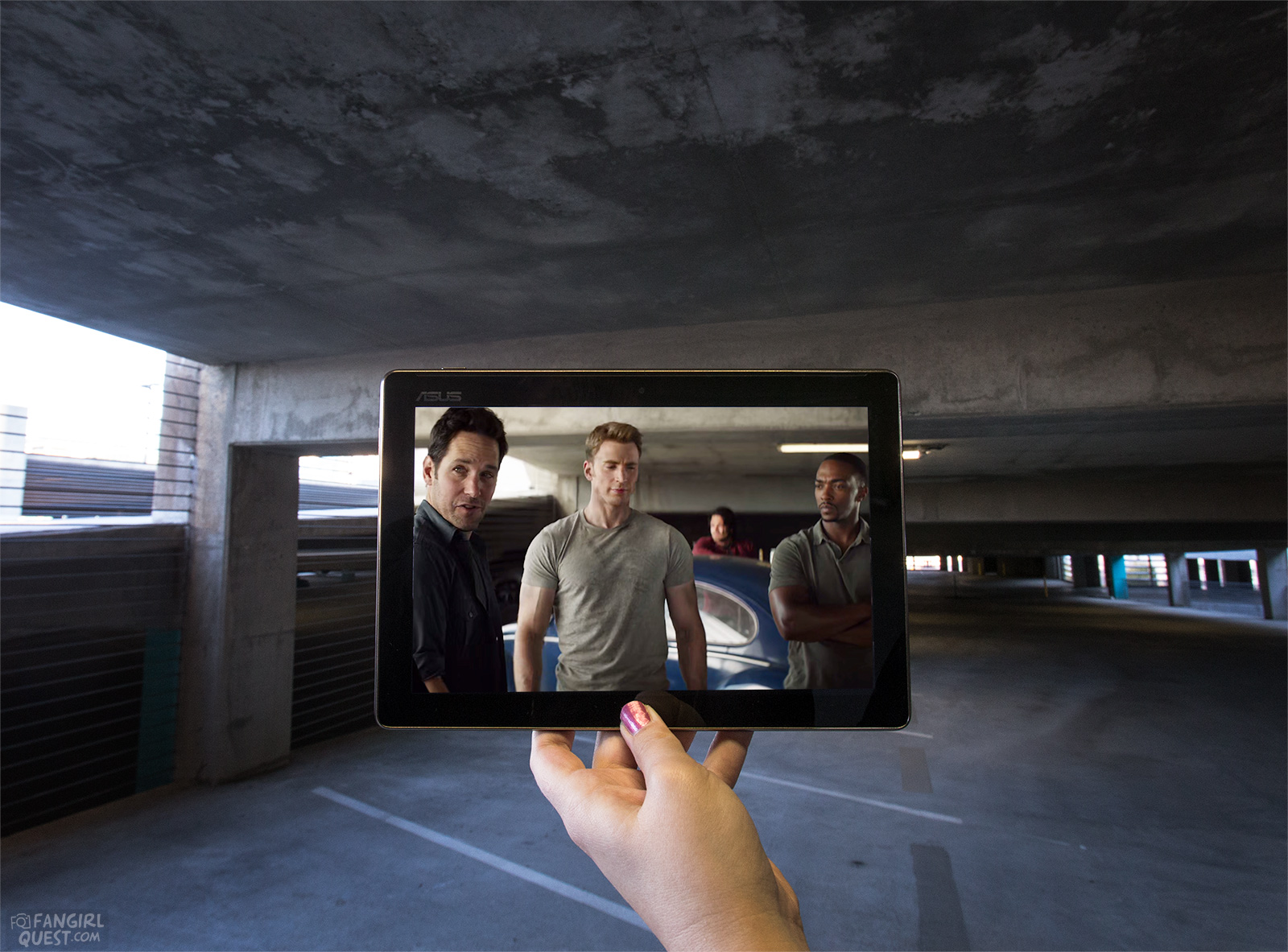 “We love visiting filming locations because it takes us to some really amazing places that are not in the regular tourist guides!” Well, sometimes it also takes us to random alleys and parking garages. This scene from Captain America: Civil War takes place supposedly in a Berlin airport parking facility. It was actually filmed in a parking garage in Midtown Atlanta, just a couple of blocks away from the legendary Fox Theatre where one of the movie’s red carpet premieres was held. 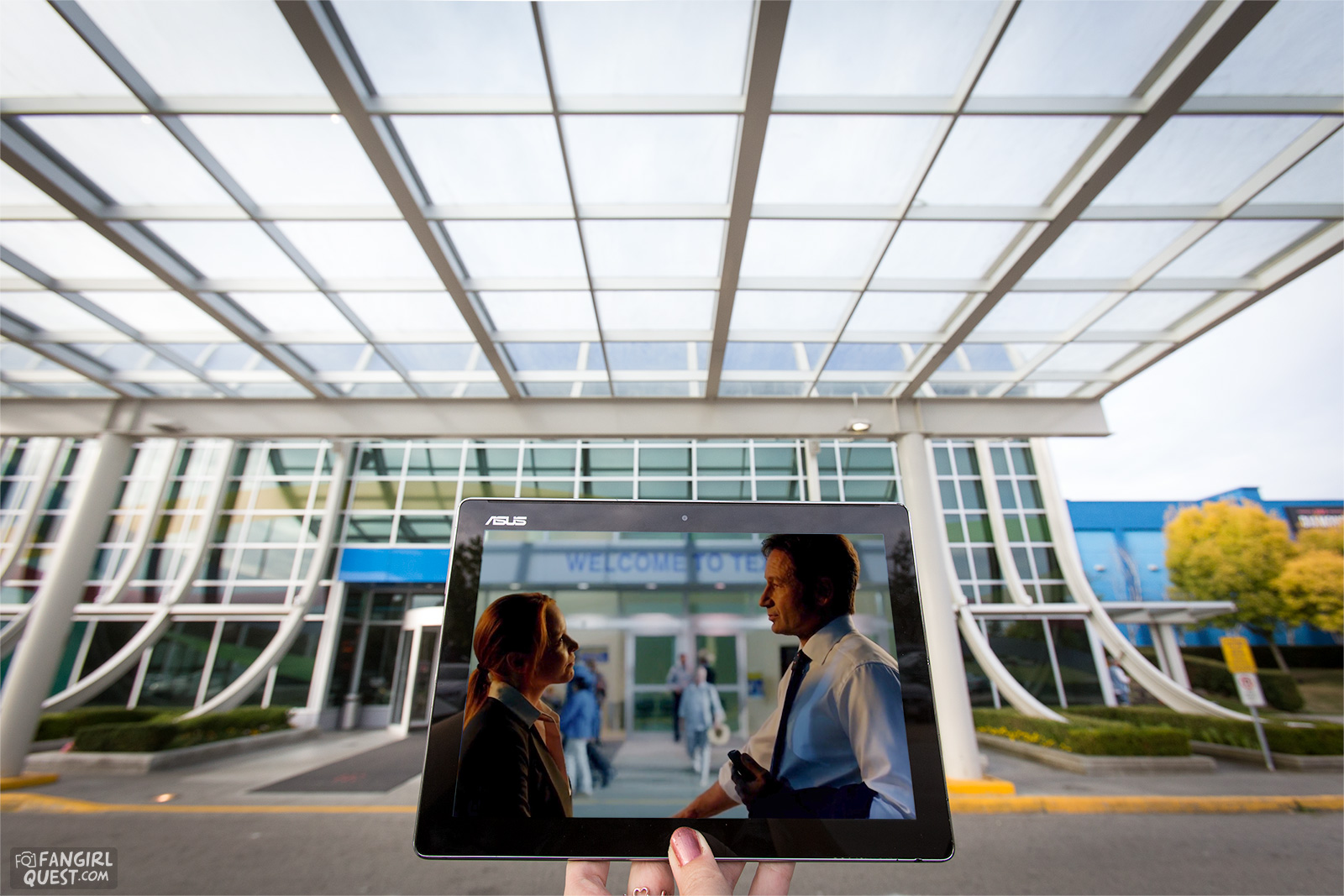 Day 11: The X-Files filming location in Surrey, BC

It may have been an airport in Texas on The X-Files, but in real life it’s actually a casino in Surrey, British Columbia. About an hour’s drive from downtown Vancouver, Elements Casino also has a concert venue and a restaurant on site. There are some indoor scenes on the show from the “airport” as well but sadly due to security reasons we were unable to take photos inside the casino. If you’re into gambling though, this location is definitely for you! 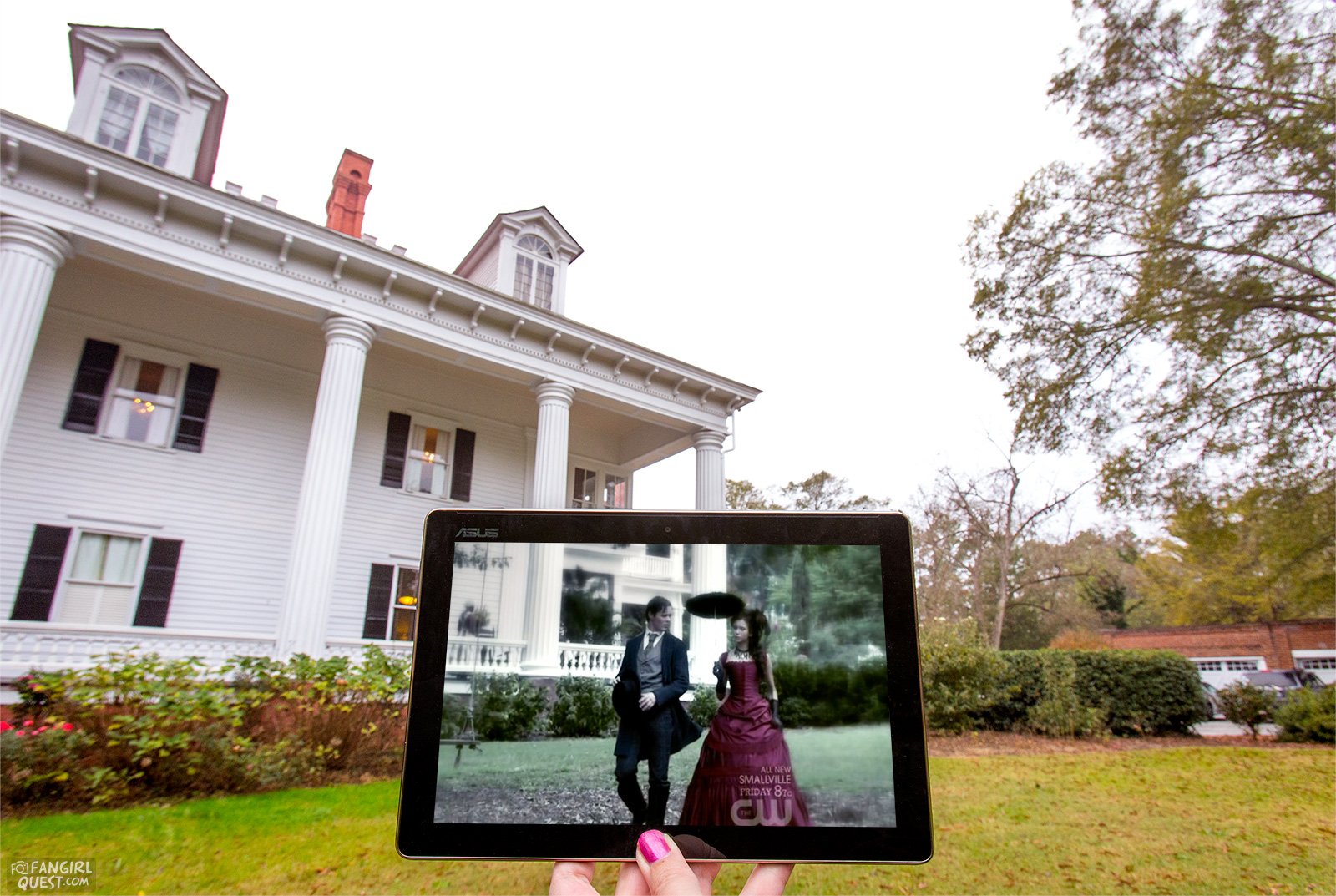 For eight seasons The Vampire Diaries called the idyllic town of Covington, Georgia home. This small town played the role of Mystic Falls and fans will instantly recognize the main square and the iconic restaurant Mystic Grill. Even though The Vampire Diaries has wrapped filming, Covington still takes great pride in the role it played on the show. There’s plenty for fans to see and do, including a tour of key locations used on the show. If you want to stay in town in true Vampire Diaries style, look no further than the Twelve Oaks Bed & Breakfast. Not only was it a filming location for the show, some of the rooms are themed after the characters!