It’s the most wonderful time of the year! We’re counting down the days ’til Christmas with a new sceneframe every day on social media. We’re already a quarter-way through our advent calendar and wanted to gather all the photos we’ve posted so far into a handy collection here on the blog as well. 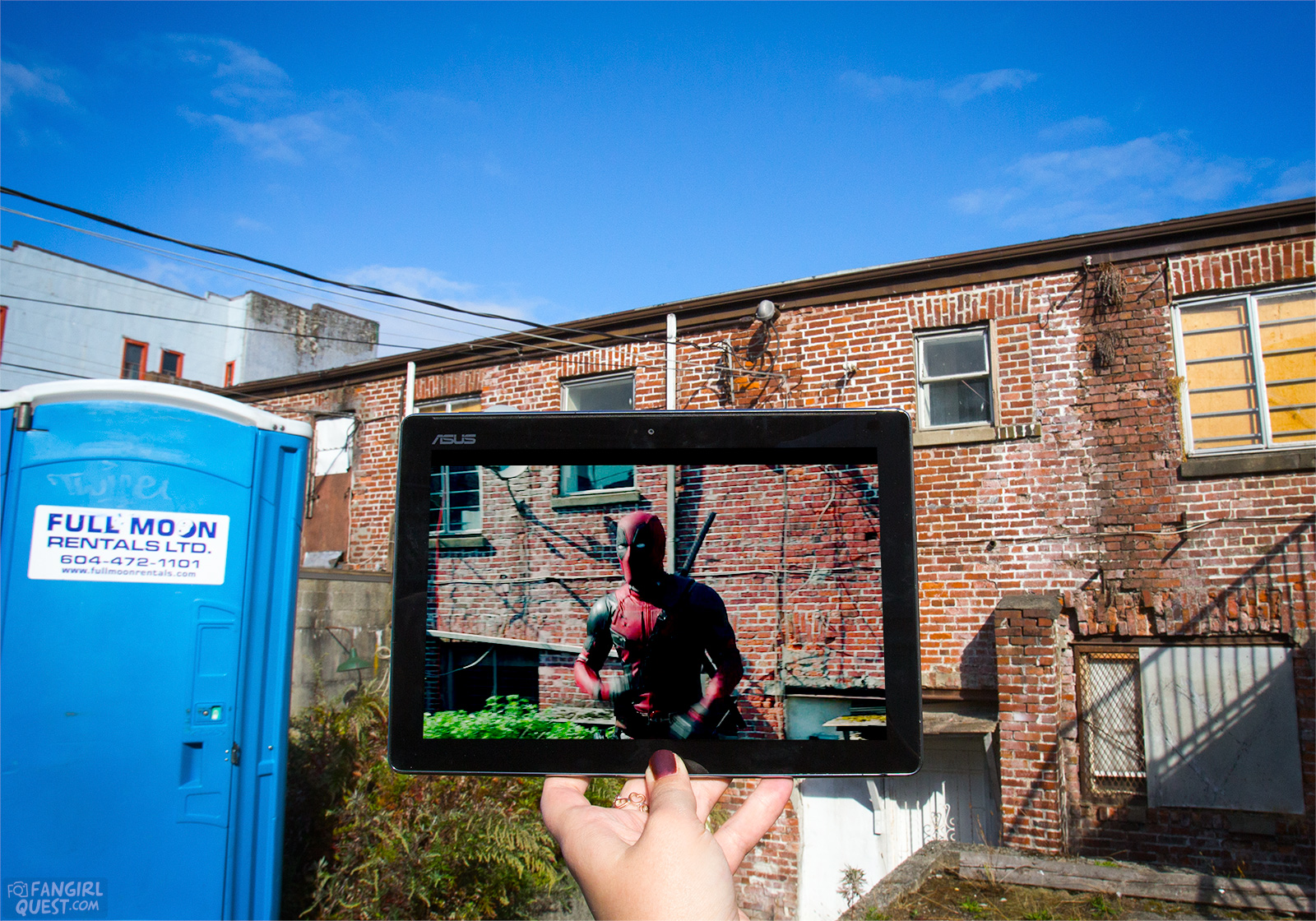 We kicked things off with something that kicks ass: a jolly guy in a red suit. No, we’re not talking about Santa, we’re talking about Deadpool. In classy Deadpool style there’s a port-a-potty in our shot but you can blame iZombie for that. They were filming nearby and their base was set up right in our Deadpool location! Lucky for us, they gave us special permission to do our thing in the middle of all their equipment. 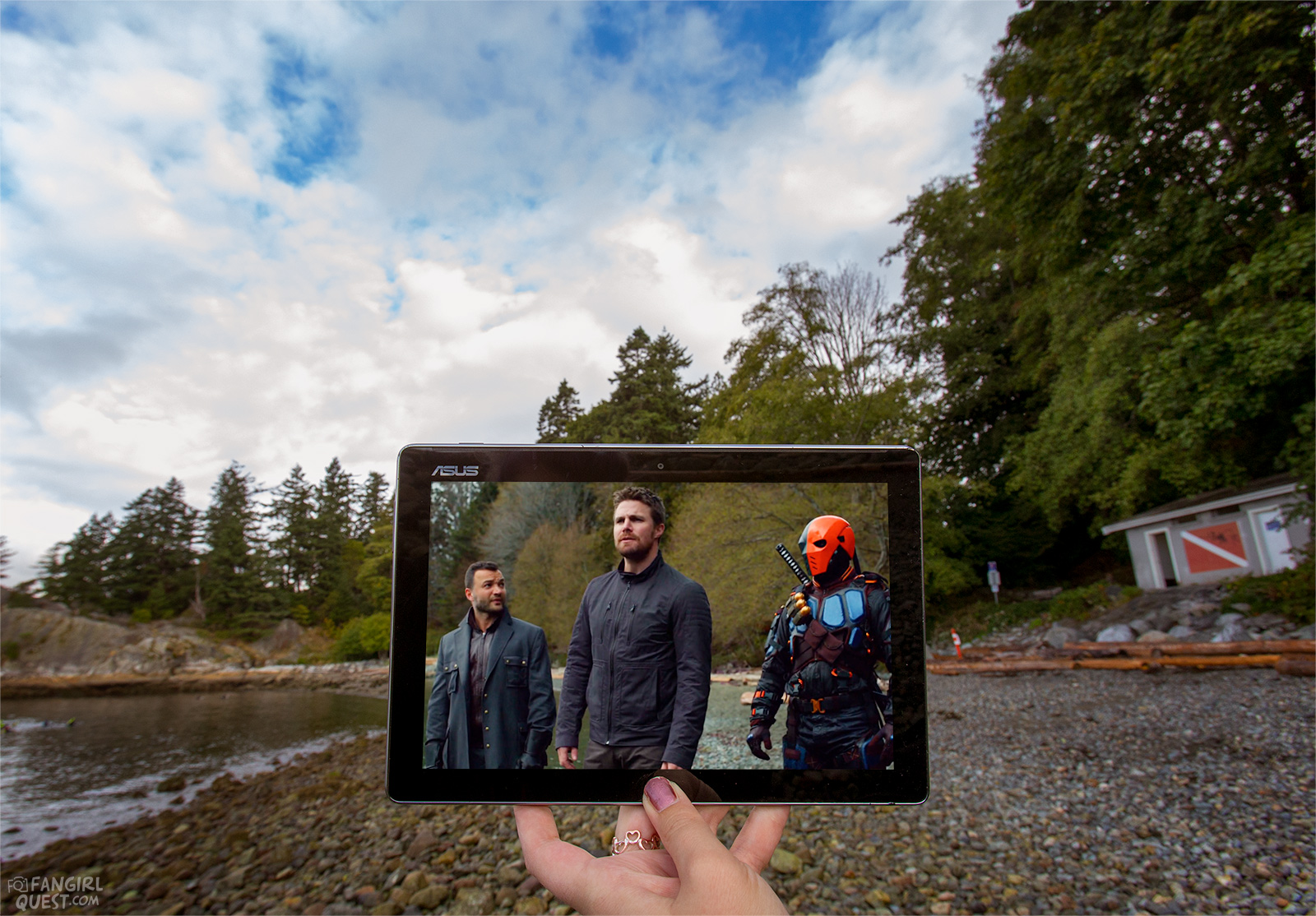 In Arrow, Lian Yu may be an island where Oliver gets stranded after the shipwreck, but in real life the beach where many of the island scenes are filmed is firmly on the mainland. Much like the production crew of Arrow, we keep going back to Whytecliff Park. The beautiful oceanside park in West Vancouver is not only a popular filming location but also a lovely spot for a day out. 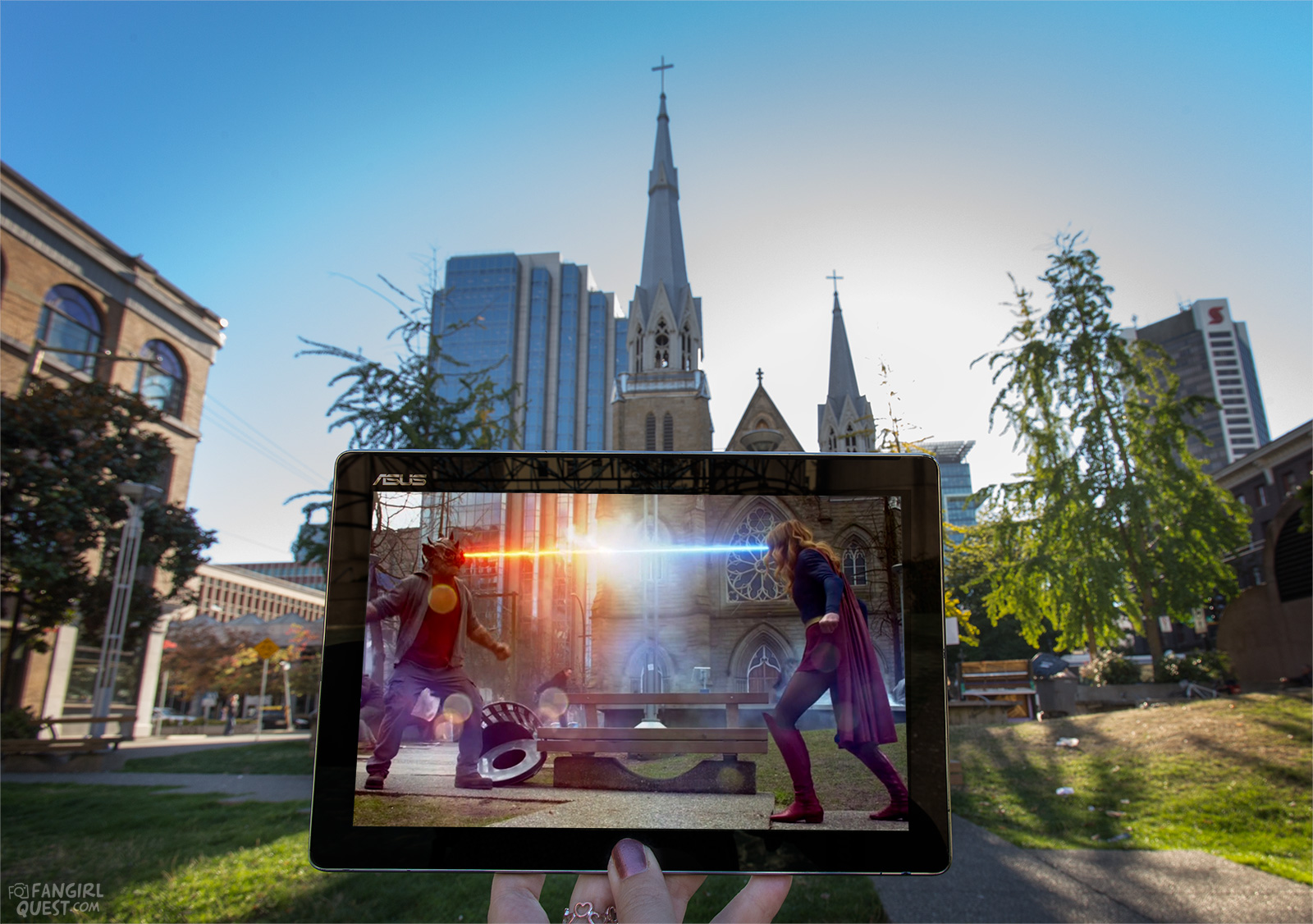 For day three, we’re keeping with the superhero team and staying in our favorite city in the world: Vancouver. This is a shot from Cathedral Square, just outside of the Holy Rosary Cathedral, a beautiful old church nestled amongst the downtown high-rises. Supergirl is one of the four superhero shows by the CW that films in Vancouver. After the amazing crossover episodes Crisis on Earth-X that they just did, we can’t wait to finish our full Vancouver filming location guide containing all four shows! 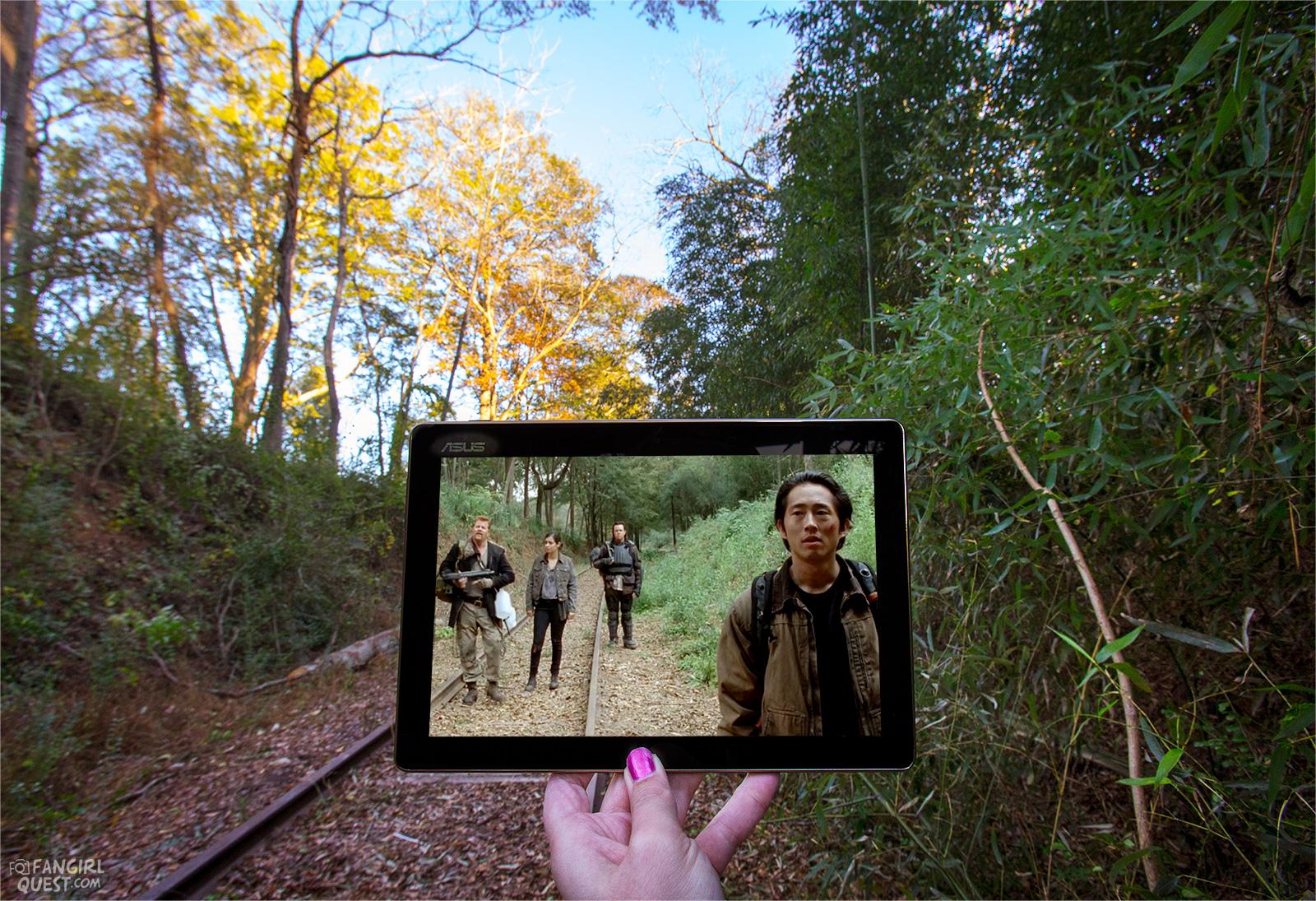 In season 4 after the fall of the prison, our favorite group of survivors on The Walking Dead was split up as they all made their way towards Terminus, the promised sanctuary… In the show it looked like the separate groups were miles away from each other, but most of the scenes were actually filmed on a short stretch of abandoned railroad in the town of Senoia, just south of Atlanta. What’s really fun about Senoia is that the town’s main street played the role of Woodbury, Georgia in season 3 and now the set for Alexandria, Virginia is built literally a stone’s throw away! 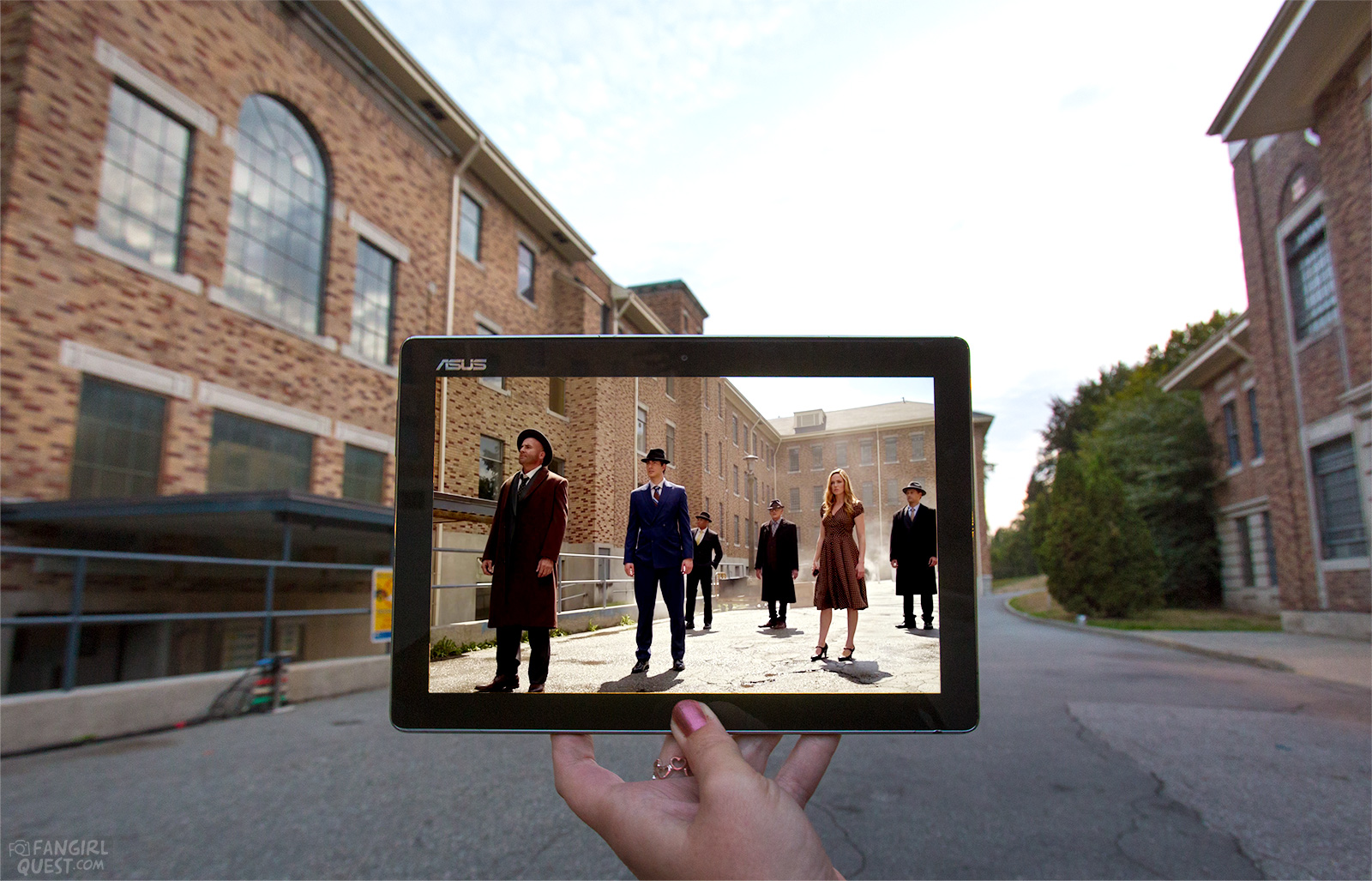 Oh British Columbia, you know we just can’t stay away… Just outside of Vancouver in Coquitlam is the abandoned Riverview Hospital, one of the coolest and spookiest locations we’ve ever visited. Pretty much every production in Vancouver has used it several times and there’s more material than we could hope to cover, no matter how many times we keep going back there.

In DC’s Legends of Tomorrow is has served many roles, including this NYC street from 1942. Fun fact: when we were there for this and some other sceneframes, another production was actually preparing for filming. They were nice enough to move one of their trucks so it didn’t block our shot and also tell us that Deadpool 2 was actually filming further up in the hospital area! 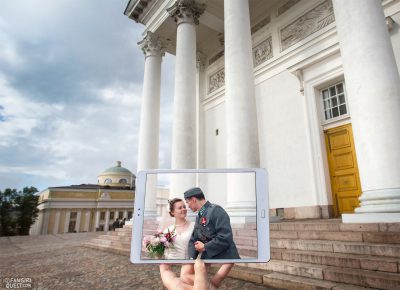 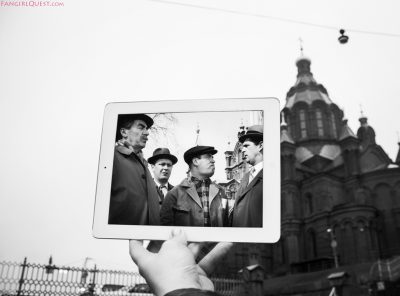 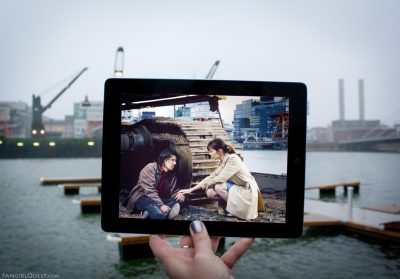 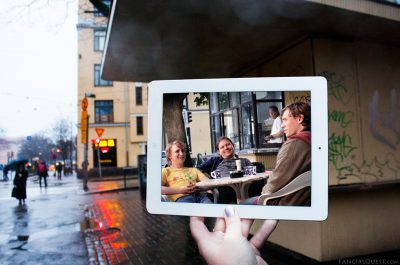 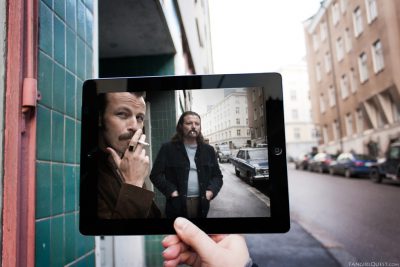 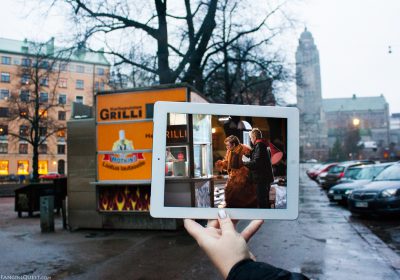 Happy birthday Finland! All year long Finland has been celebrating its 100th birthday and it all culminates today, on Finnish Independence Day. We celebrate by watching on national TV as the president greets guests arriving for the Presidential Independence Day Reception. Yes, watching other people shake hands on TV is the Finns’ idea of a party :D

Here at Fangirl Quest we’re honoring our 100-year-old homeland the best way we know how: with some sceneframes! Over the years we’ve taken some shots from Finnish movies as a tribute to our home town of Helsinki, including a brand new one from the 2017 remake of The Unknown Soldier. Watching the original, 1955 version of the movie is another Independence Day tradition for many, but this year the remake has been taking movie theaters by storm. Happy Finnish Independence Day!