Day 24: A Supernatural (and Fangirl Quest) filming location in Surrey, BC

We can’t believe it’s here already. Christmas Eve! For 24 days we’ve been counting down the days with a new sceneframe in our advent calendar on social media every day. Now let’s round up the last quarter of our Christmas countdown here in the blog as well.

Advent Calendar, day 19: In the Name of the Father 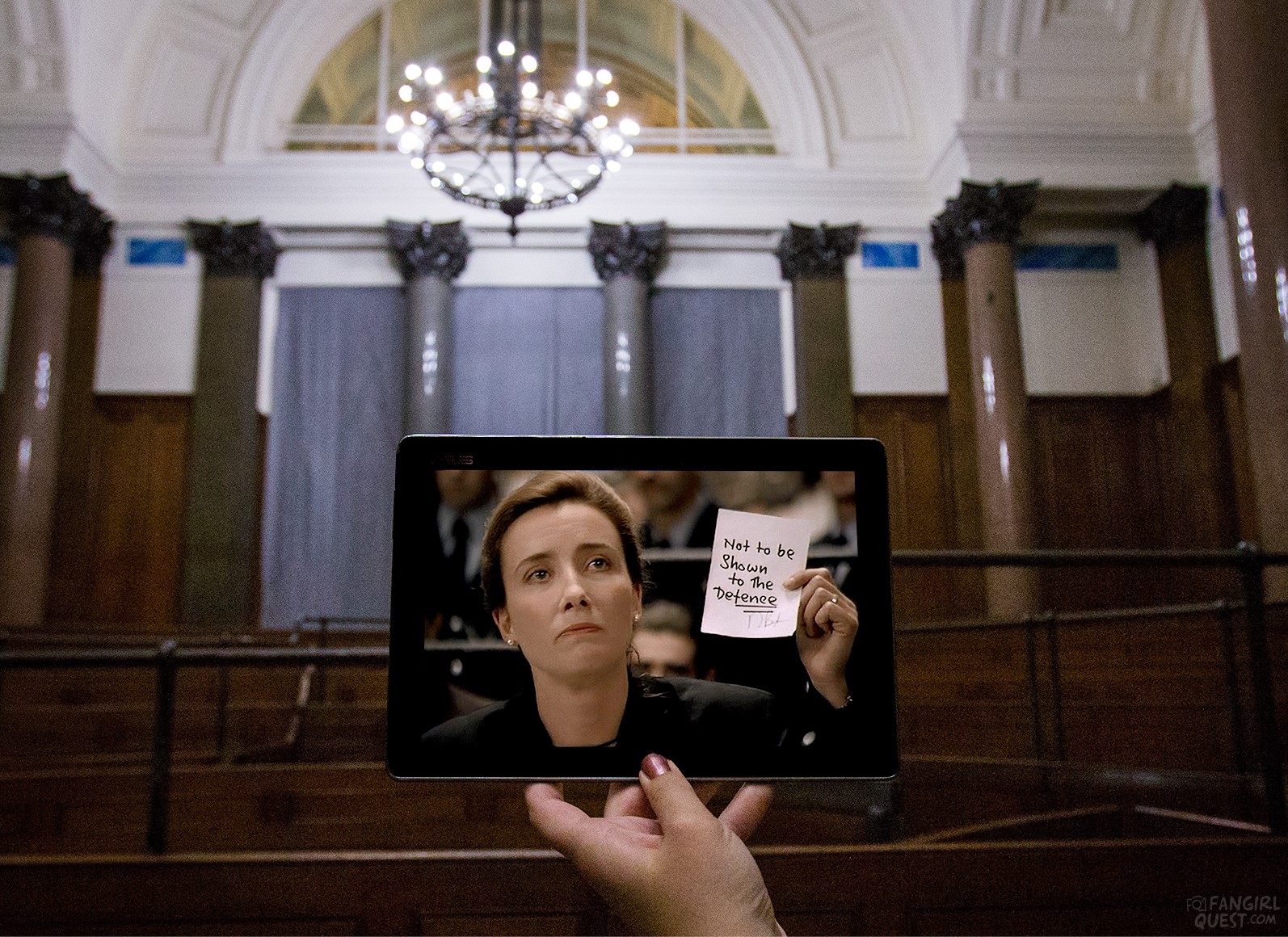 Day 19: In the Name of the Father filming location in Liverpool, UK

Location: St George’s Hall, Liverpool, UK When we were visiting St George’s Hall in Liverpool, we were prepared to frame scenes from Fantastic Beasts and Peaky Blinders. We had no idea though, that it was also a filming location for the harrowing movie In the Name of the Father. It tells the true story of four Irishmen wrongly imprisoned for an IRA bombing in the 70s. Most of the film was filmed in the eerie Kilmainham Gaol prison in Dublin, which is also definitely worth a visit. The courtroom scenes however, take place at St George’s Hall. Since we only found out about this at the location, we had to find the source photos on the go. Luckily we managed to dig up some screenshots online and even the scene on Youtube. Sometimes when sceneframing you have to get a little bit creative! 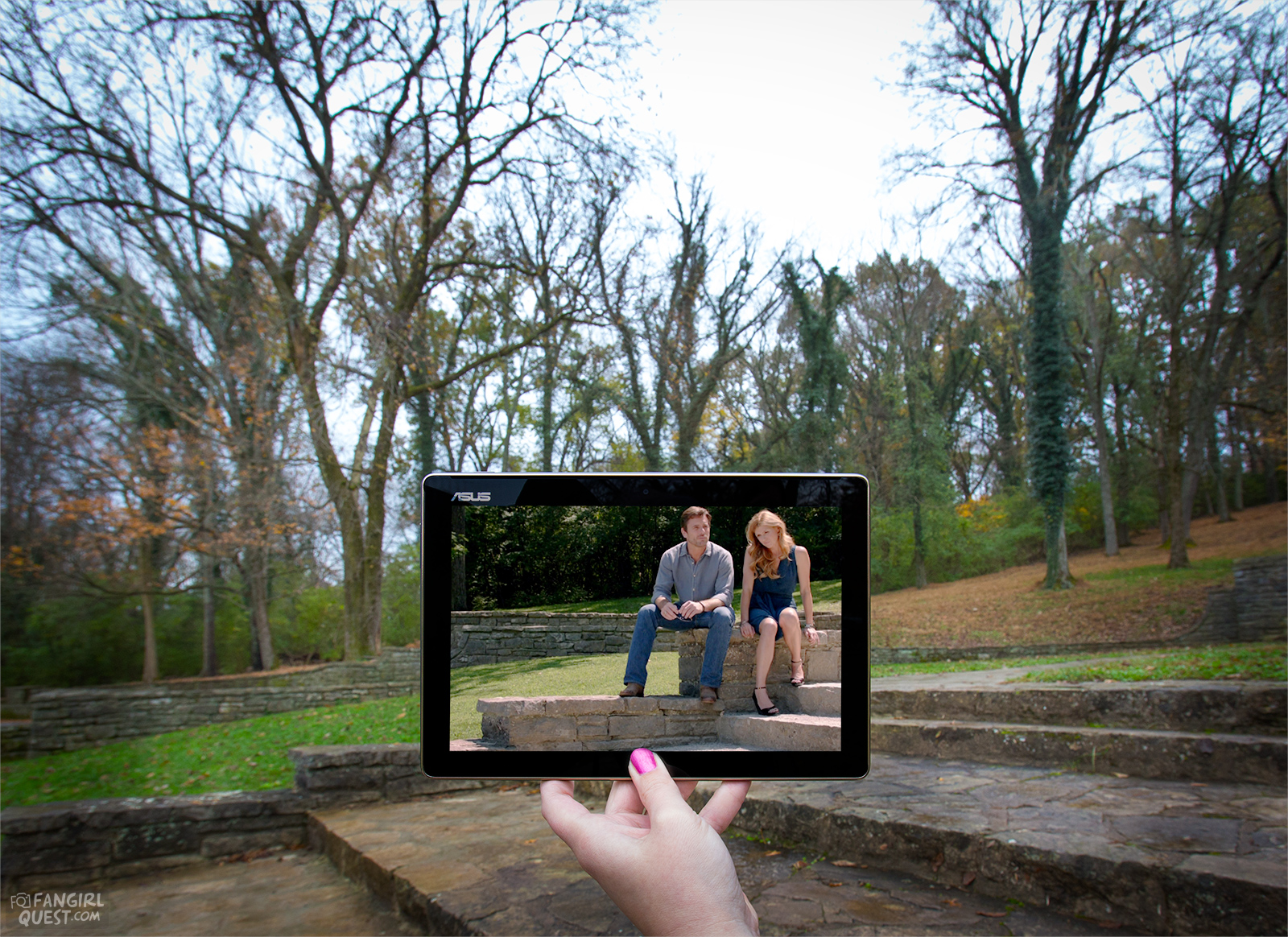 Location: Percy Warner Park Stairs, Nashville, TN Ever since we “discovered” country music on our first US roadtrip in 2014, we’ve been dreaming of going to Nashville. This year that dream finally came true! We only had a few days in Music City but fell madly in love. Much like Charles Kelley, we never wanted to leave Nashville! Of course we also had to visit a few locations from the city’s namesake TV show. This beautiful staircase serves as the entrance to Percy Warner Park and is indeed its most recognizable landmark. If you’re driving to the park, make sure to stop by the Bluebird Cafe on the way. Not only is it one of the show’s most important locations, it’s also a Nashville legend. 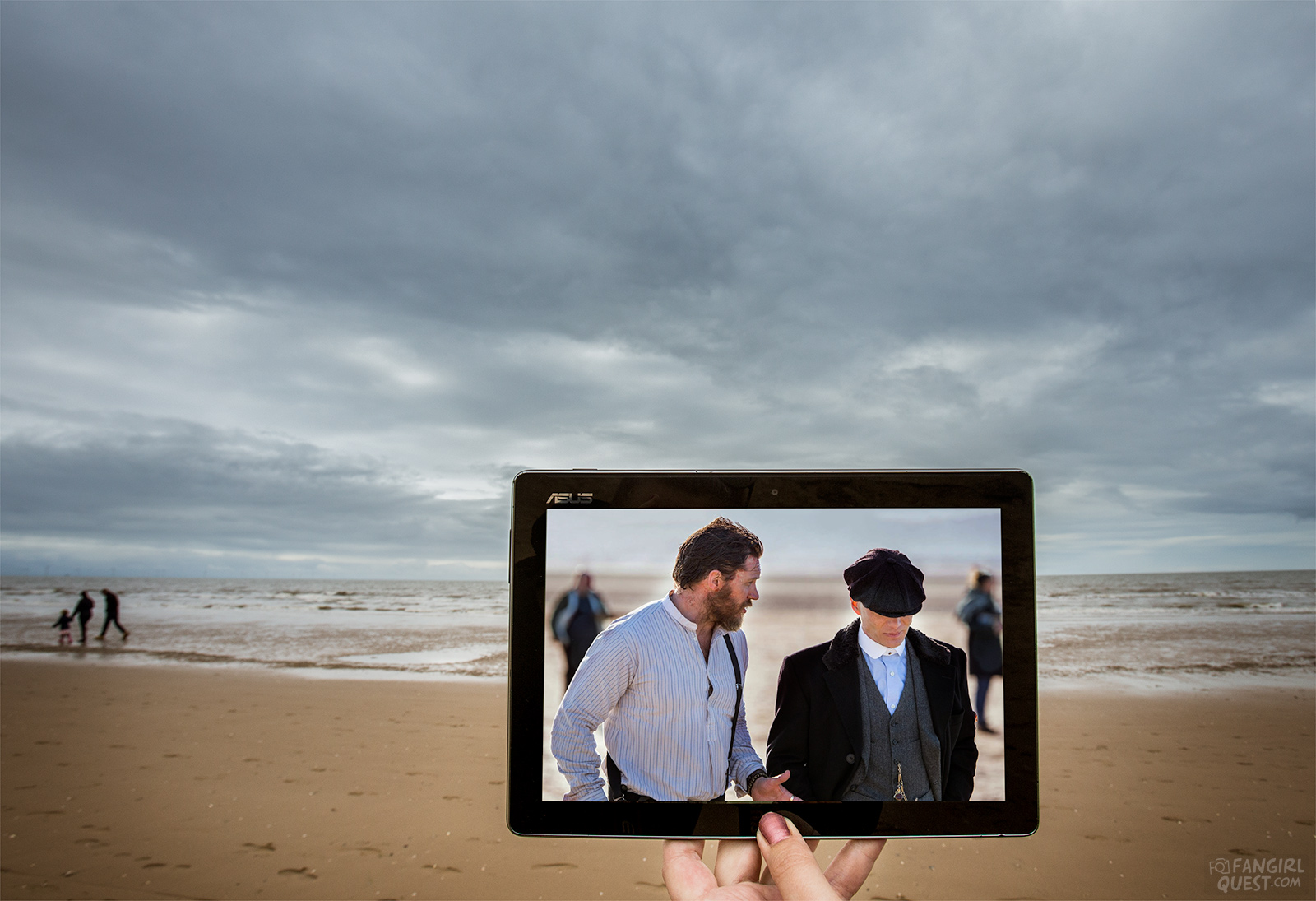 Location: Formby Beach, Liverpool, UK How about that finale? What an ending to a great season! We visited Formby Beach north of Liverpool before the season even started, armed with only a couple of screenshots from the season 4 trailer and random photos of filming found online. Little did we know it was going to be one of the most important and dramatic scenes in the whole series… Here’s to our great, beloved characters Alfie Solomons and Tommy Shelby!

Advent Calendar, day 22: All Things to All Men 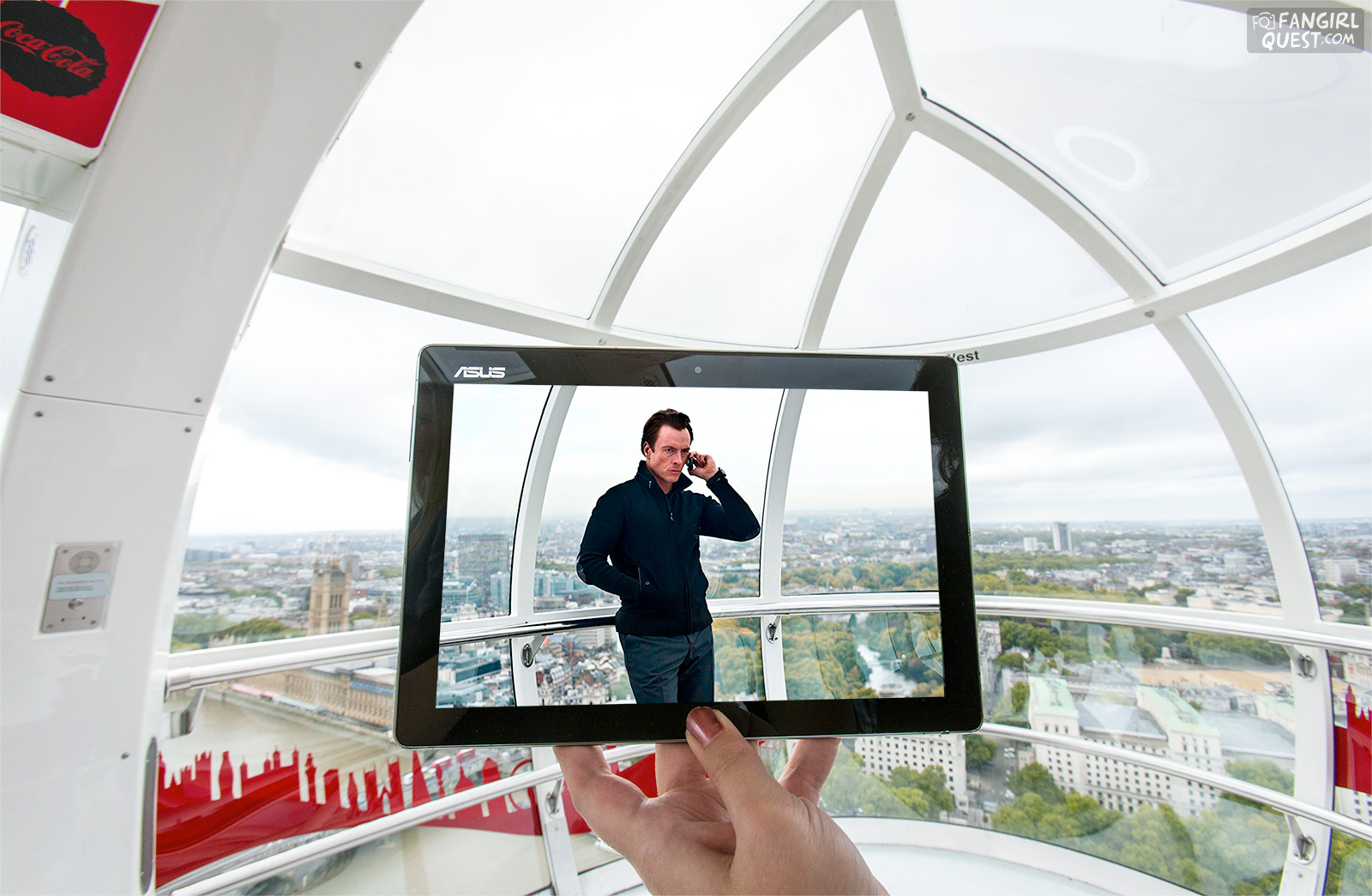 Day 22: All Things to All Men filming location in London, UK

Location: London Eye, London, UK Okay, confession time: we’ve never actually seen this movie. But we really, really wanted to sceneframe Toby Stephens, our favorite from the amazing Black Sails. The London Eye is also an amazing location, not to mention a challenging one for sceneframing. Though the giant ferris wheel doesn’t move fast, there’s still a limited time when it’s exactly in the right spot to align the screenshot with the background. Usually the passenger capsules are also full of people, which makes our job somewhat challenging. Lucky for us, we got to enjoy the champagne experience, with only a few other people on the same ride with us. Once we hit the right spot, they were nice enough to move aside for a few seconds and let us snap this photo. 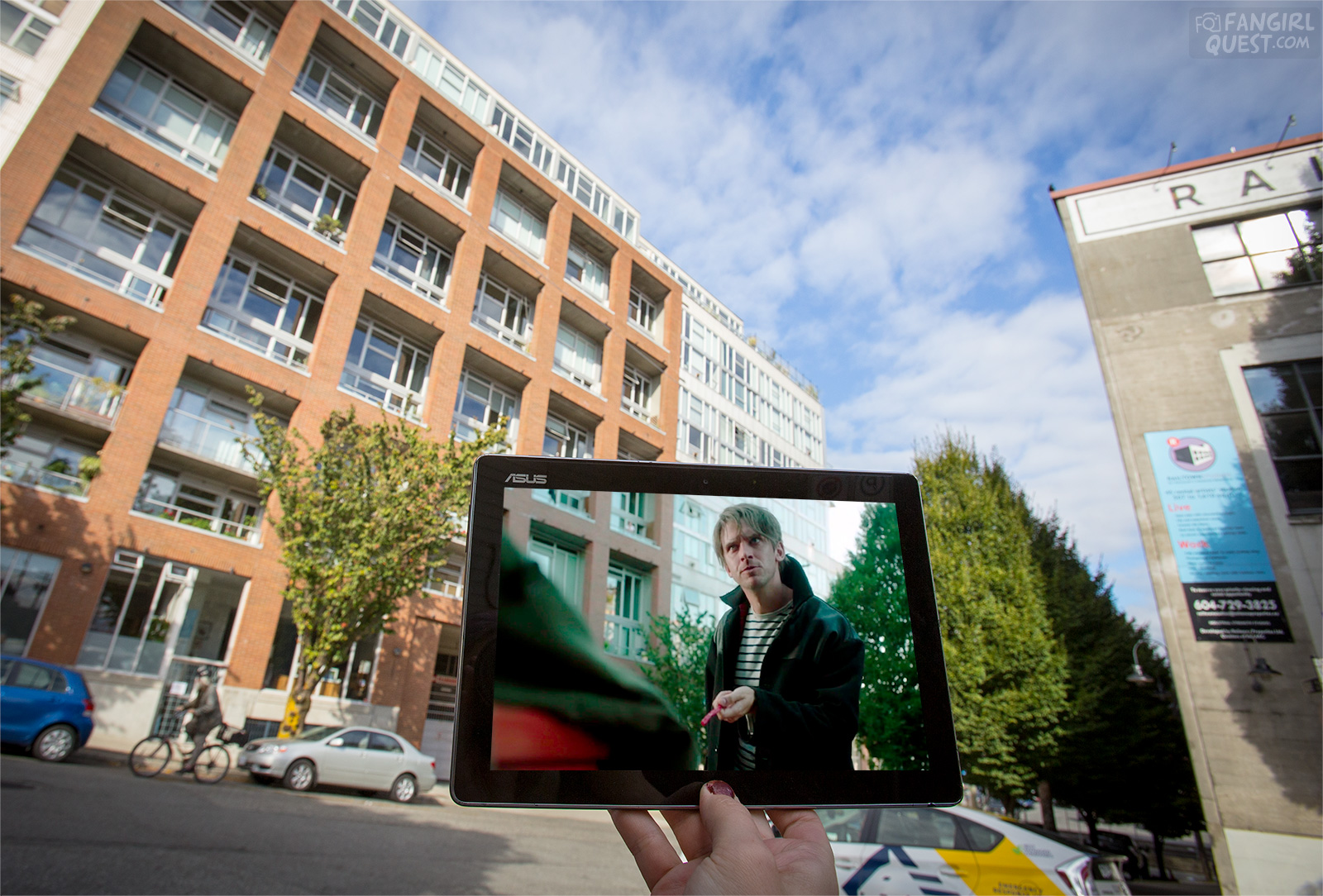 Location: Vancouver, BC, Canada One of 2017’s most delightfully weird newcomers was definitely Marvel’s Legion. As many other superhero shows, the psychedelic romp was filmed in Vancouver, but the similarities end there. This is not your traditional superhero show and that’s what makes it so unique and fresh. The show has moved to Los Angeles for its second season but we were super-excited to get to visit some of the locations from its first season in Vancouver. This one is in downtown Vancouver, just a short walk from historic Gastown and the tourist attractions of Canada Place. 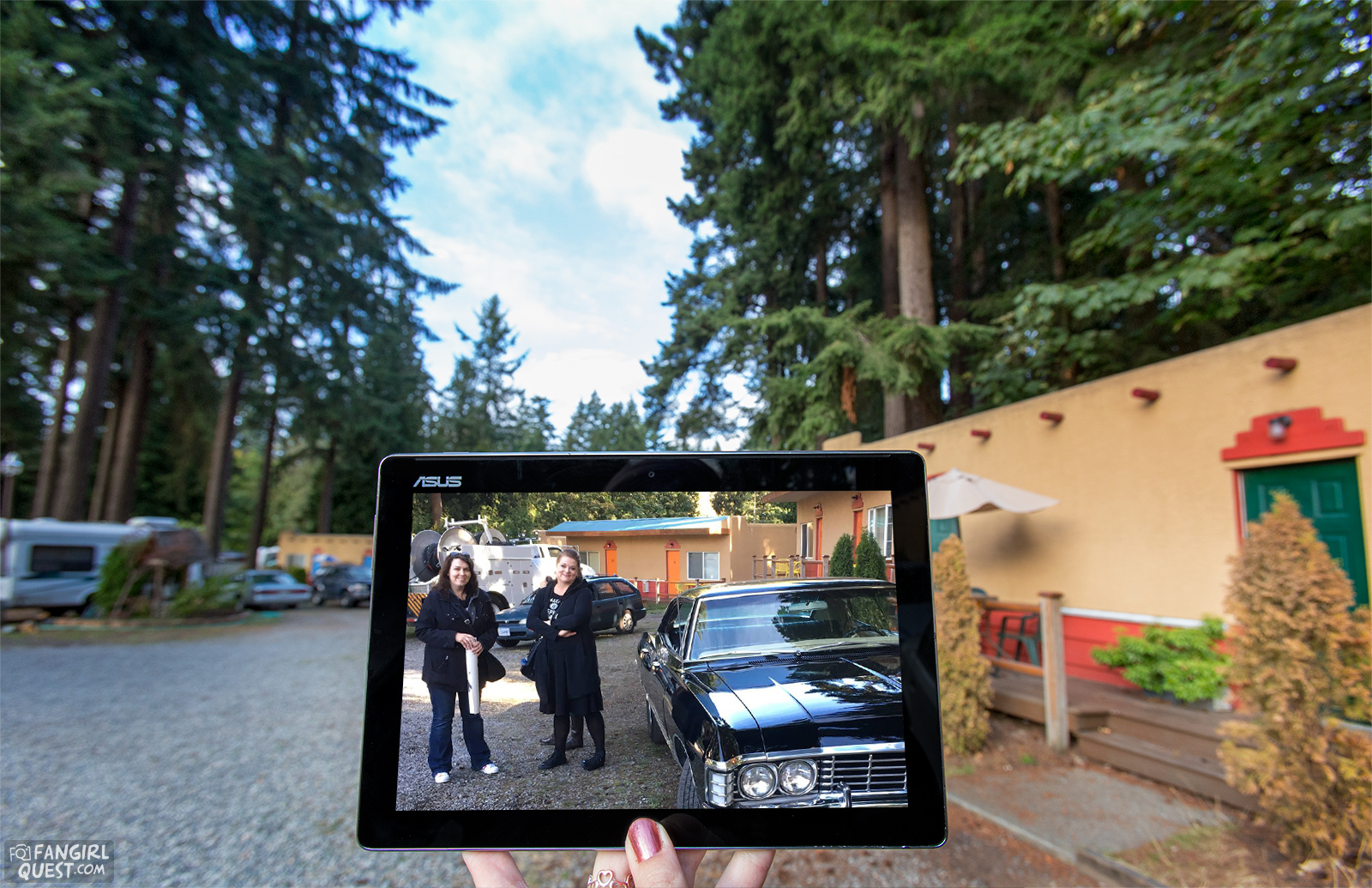 Day 24: A Supernatural (and Fangirl Quest) filming location in Surrey, BC

Location: Timberland Motel & Campground, Surrey, BC Okay so technically it’s a Supernatural location. They’ve more than earned two spots on our advent calendar because come on, it’s Supernatural. However, for Christmas Eve we wanted to do something a little different. In 2016 we were at the Timberland Motel & Campground when Supernatural was filming. Sadly we had to leave for our flight before we got to see any of the real action, but we were lucky enough to meet Baby herself! Thanks to some very lovely crew members we even got a selfie with The Most Beautiful Car in the World. A year later we came back with brand new screenshots from the latest season – and one awesome car selfie.  With this self-framing photo, we’d like to wish all our followers a wonderful Christmas and a very happy New Year! Hope to see you all in 2018 for more exciting film tourism adventures!