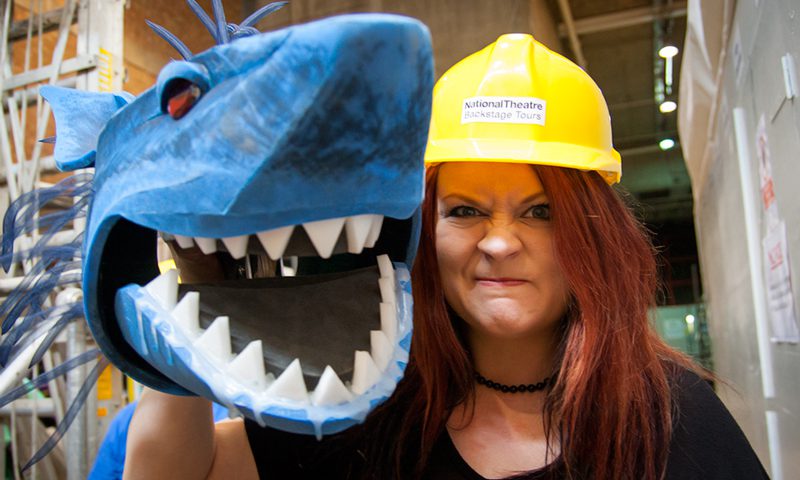 National Theatre! We haven’t had the chance to see a play here yet, but I went to see Danny Boyle‘s Frankenstein four times in the cinema so we were very well aware it was on NT’s stage where that particular magic happened. We took the National Theatre backstage tour with a small group of bloggers and it was all kinds of awesome!

The tour didn’t let me down. We had a very lovely, enthusiastic guide who told us many stories from the theatre’s history and about how things work. We peeked in the actors’ dressing room hallways, stood on stage in the midst of the set of A Taste of Honey and got a glimpse of all sorts of backstage areas – like the very rehearsal room where Benedict Cumberbatch, Jonny Lee Miller and Boyle worked on their magnificent piece of work. 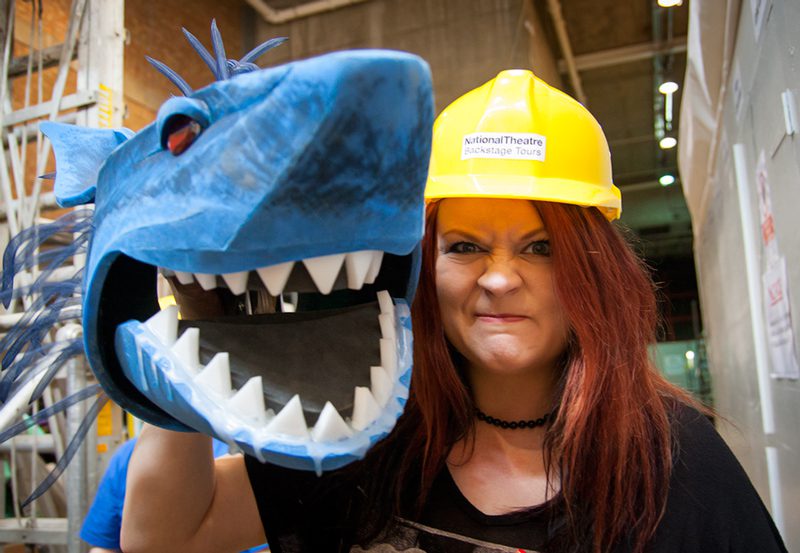 Now, National Theatre has been around for half a century, so there are a lot of stories to be heard.

For example, did you know that there’s a long-standing tradition of all the actors present banging the dressing room windows loudly whenever a new play is about to have their curtain up and that the resulting sound is so massive that it reminds the people working in the building of a herd of wild animals or a prison riot?

Or that when John Lithgow starred in The Magistrate and had to spend a Thanksgiving away from his family, the NT folks organized a big Thanksgiving dinner for him as a surprise and he burst into a spontaneous song in the middle of the staff enjoying their meal? 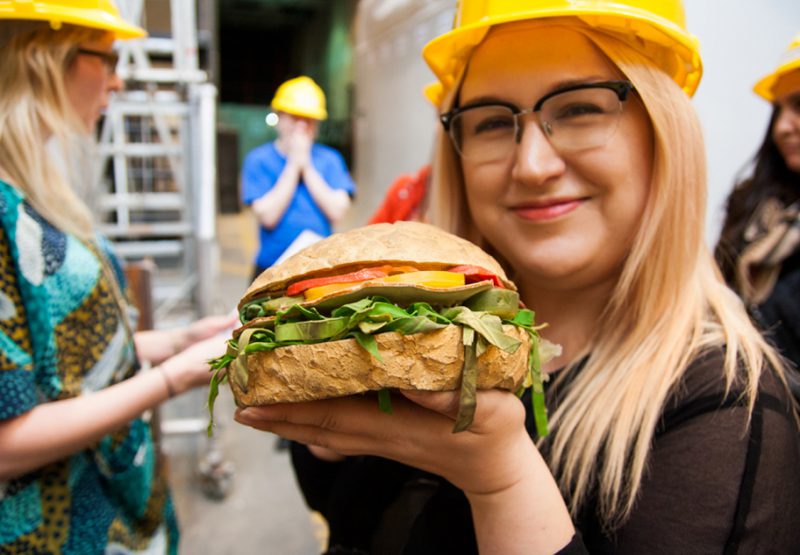 Photography in the auditoriums and in some other areas we saw during the tour wasn’t allowed, but NT has a mighty collection of backstage material you can check out, if you’re curious to see more.

We’re definitely going to correct this horrible wrongness of not having seen any plays live on NT’s magnificent stage(s) soon: We’re planning to see their production of Shakespeare’s King Lear, directed by the incredible Sam Mendes. Alas, the performances seem to be sold out already, but we’ll have to keep an eye for return tickets!