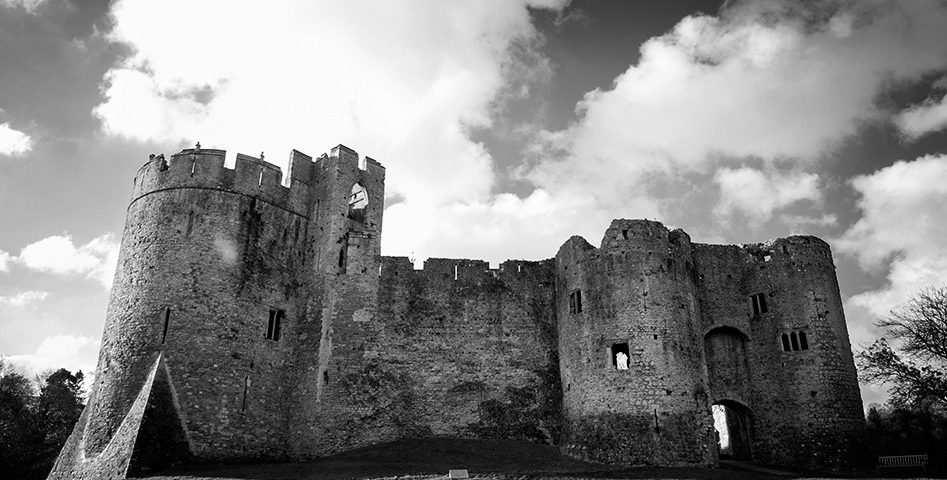 In celebration of Doctor Who’s 50th anniversary last year we visited Chepstow Castle and located a few spots they used when filming the episode.

Chepstow is a charming town in Wales, perfect for a lunch stop or some tea and cakes. The castle itself stands on the bank of the River Wye. The views from the towers are stunning!

This time, we had our lovely friend Johanna (one of the founding members of Fangirl Quest!) and she snapped a few behind the scenes photos of us. 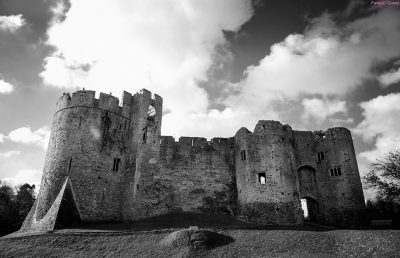 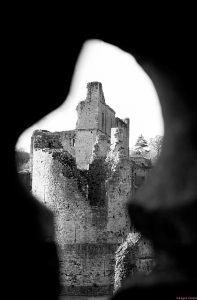 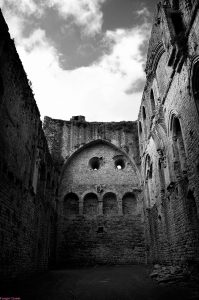 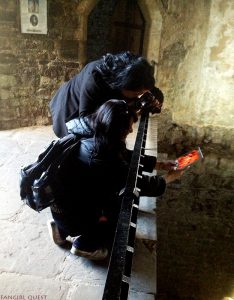 Behind the Scenes: sceneframing Doctor Who in Chepstow Castle 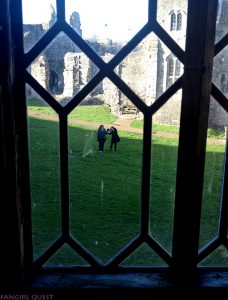 Behind the Scenes: sceneframing Doctor Who in Chepstow Castle

The building of Chepstow Castle started in 1067 and some extensions were added between the years 1189-1300 by William Marshal and Roger Bigod. You can read all about its history on Wikipedia and find out all sorts of interesting facts on their official website.

As usual, there’s a little gift shop full of Welsh souvenirs (like cute knight and princess props and outfits for kids!) for visitors. A friendly staff member even told us stories about the days of the filming when we told her what we were doing!

We’re aware of at least BBC’s Merlin being filmed in some parts of the castle, but it played a really big part in Doctor Who’s 50th. Apart from going for the regular shots from the show, we also sceneframed an interview from the adorable behind the scenes clip with Matt Smith and David Tennant.

If you’re planning a visit to Wales in search of Doctor Who locations, we strongly recommend adding the Chepstow Castle in your itinenary! 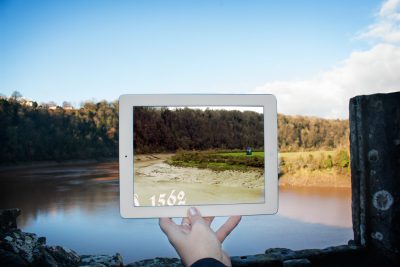 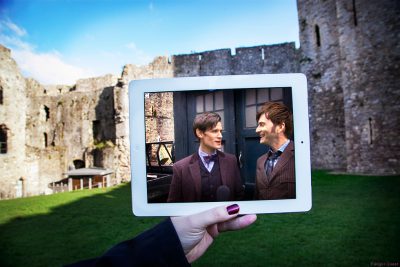 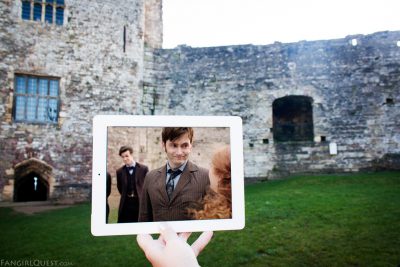 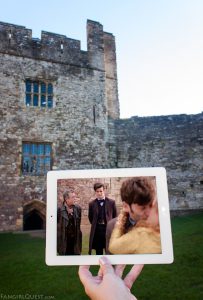 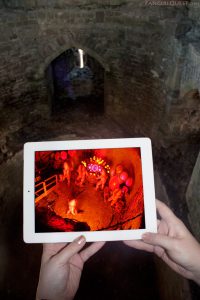 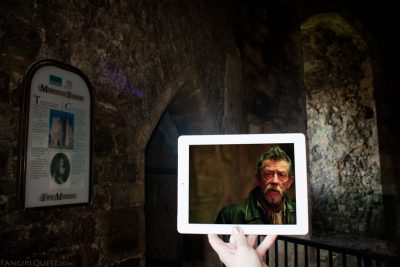 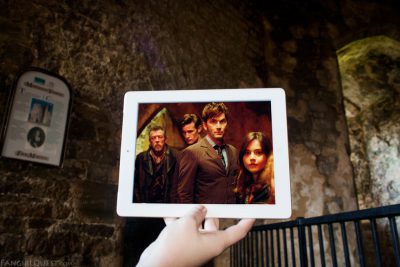