Lake Powell, also known as Lake Silencio to us Whovians, is an incredibly beautiful reservoir on the Colorado River straddling the border between Utah and Arizona. Since we found out the whole (painful) Doctor Who scene with the astronaut was filmed there, we decided to pay it a quick visit to get some sceneframing photos during our roadtrip across the country. The only thing is, instead of a quick visit we ended up having to do two longer ones… 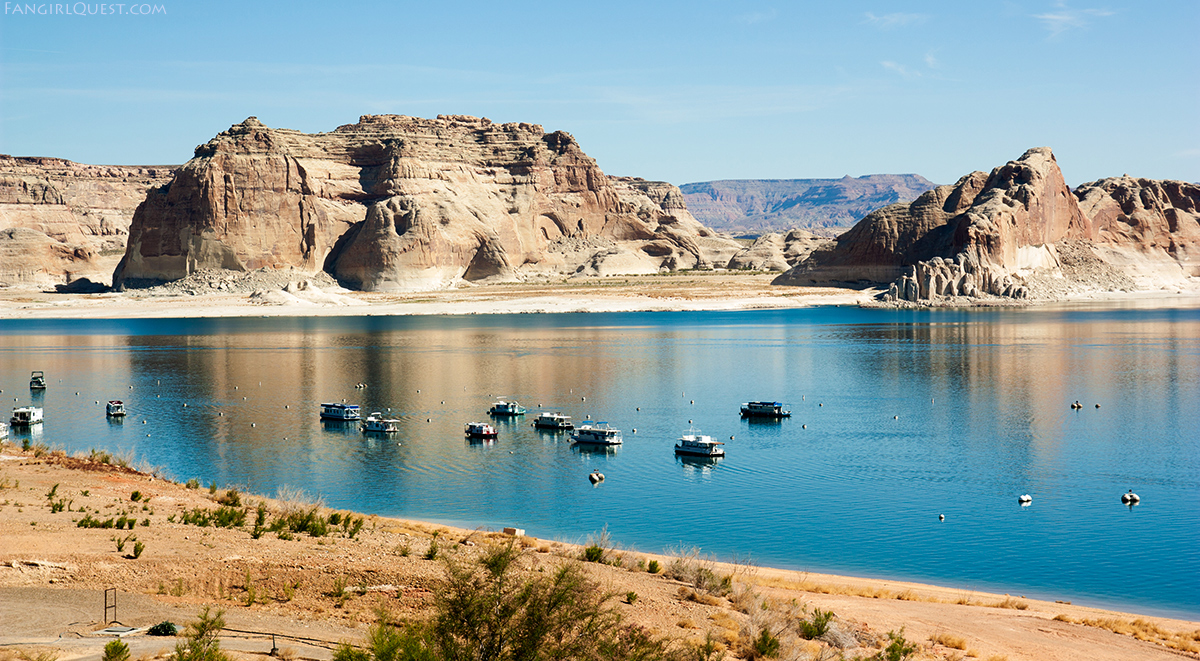 On the first day, we decided to drive as close to the right spot as possible to save us some walking in the desert sand and heat.

We were hesitant about driving in the sand at first, but as we spotted some campers close to the water and tire tracks all over the place, we thought it’d be ok. At first, it really was. We were driving firmly on the gravel when we suddenly spotted a small patch of finer sand right in front of us. Too late. WHOOMP, down we went.

For an hour we tried to move the car ourselves. We dug some sand away from the wheels and tried to stick something under them, or to find firm ground underneath. We asked for help, but instead of rope and tow bars the campers only offered stories of how every day at least four or five cars get stuck in the sand here. 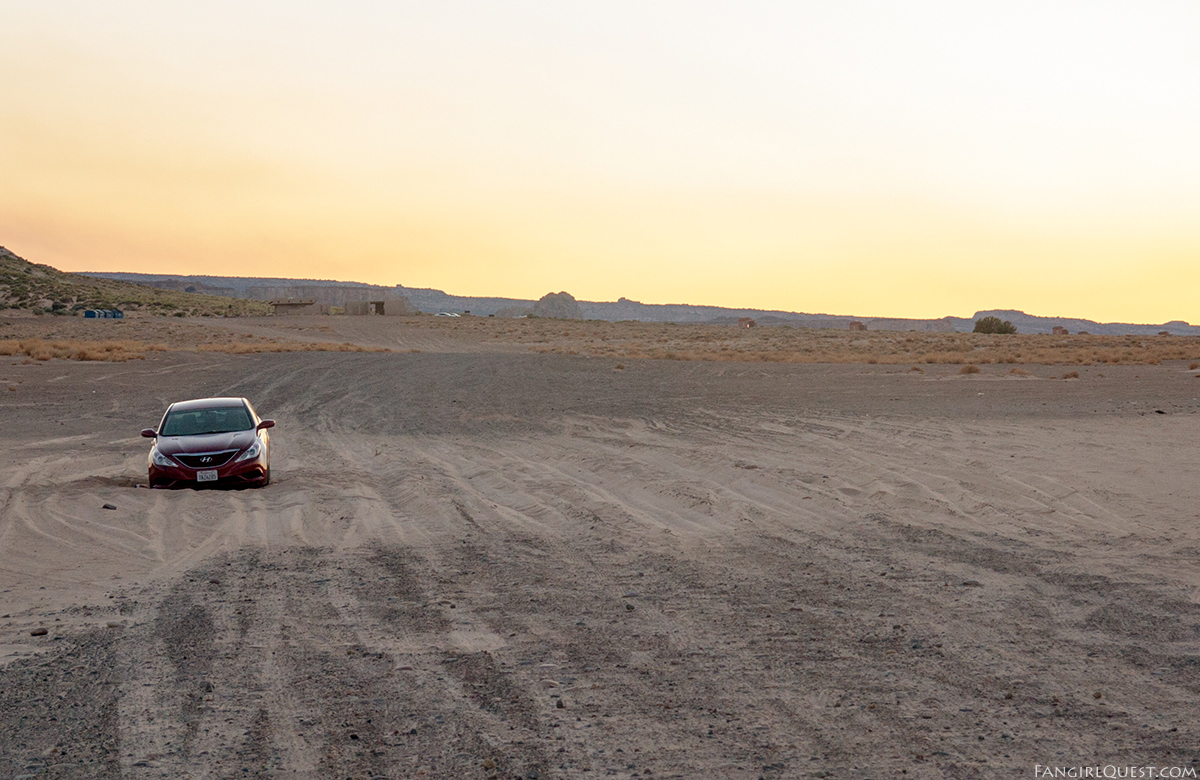 Our car. Stuck in sand.

We did everything. Finally, we had to give up and call a tow truck. By the time the (oddly attractive!) tow truck guy arrived, it was dark already. Satu swore we were never gonna tell anyone about the episode. Tiia was trying to hide her giggles. We had scratches all over our legs from spiky plants and we were exhausted from the digging and walking around and pushing the car, but it was still kind of funny. 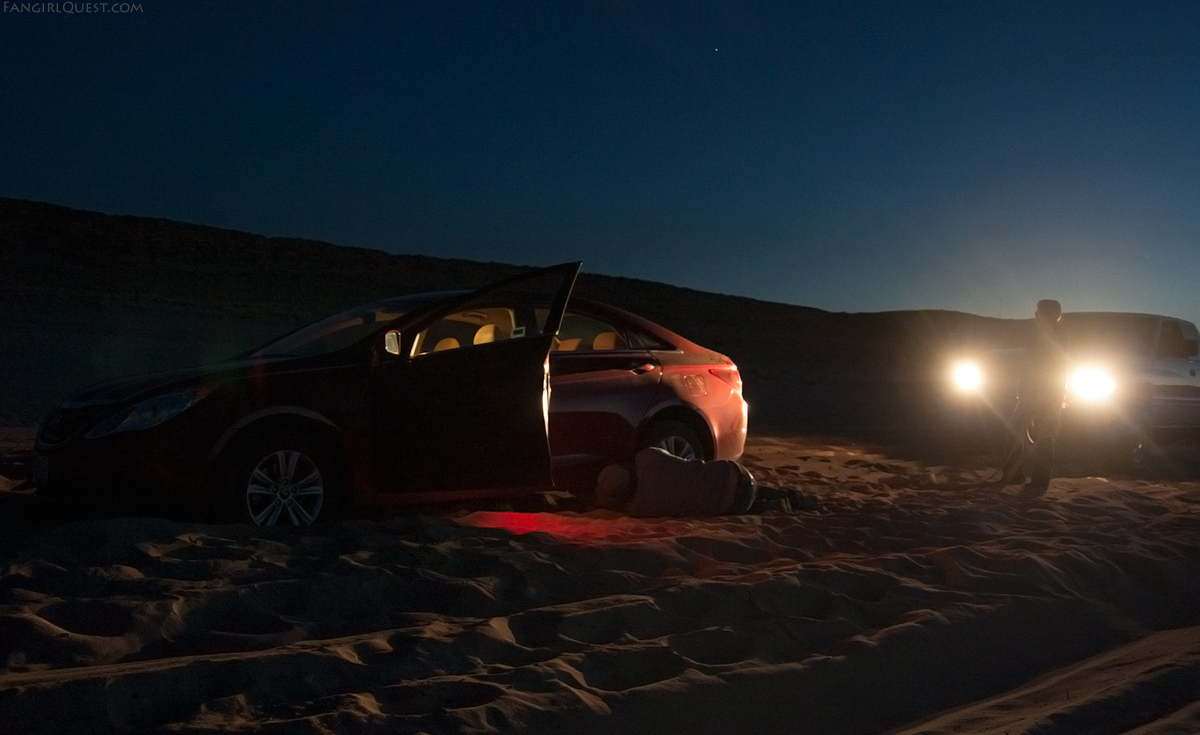 Since we had to take the sceneframing photos in a rush, we decided to spend the night in the area. We booked a room from the lovely Lake Powell Resorts & Marinas, slept well and returned the next morning. 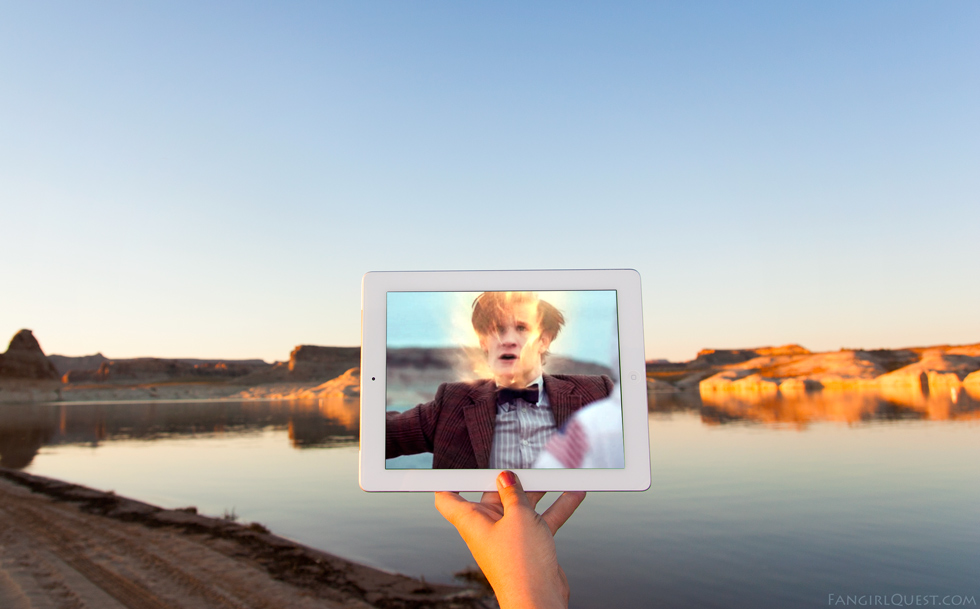 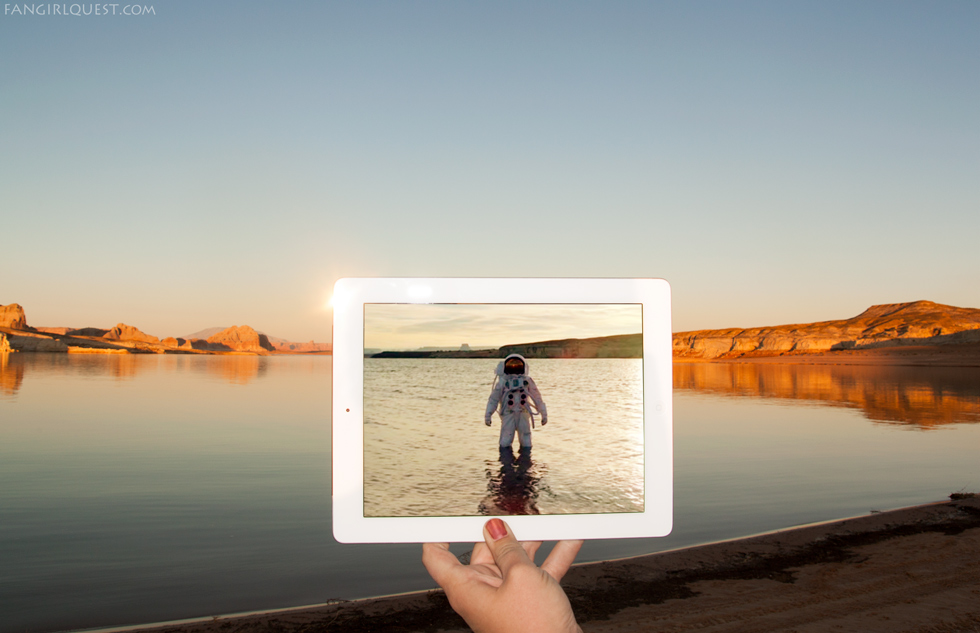 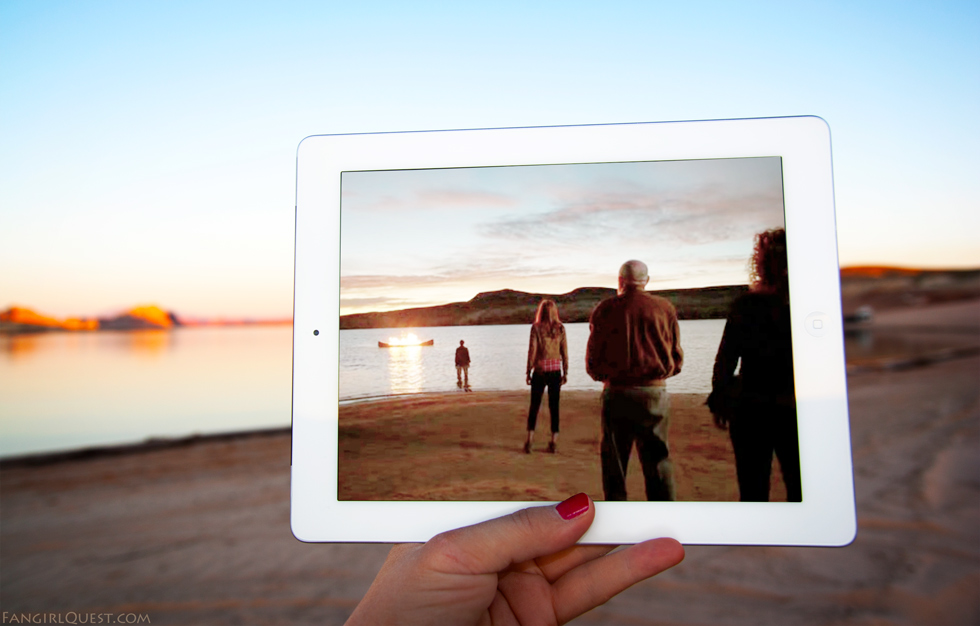 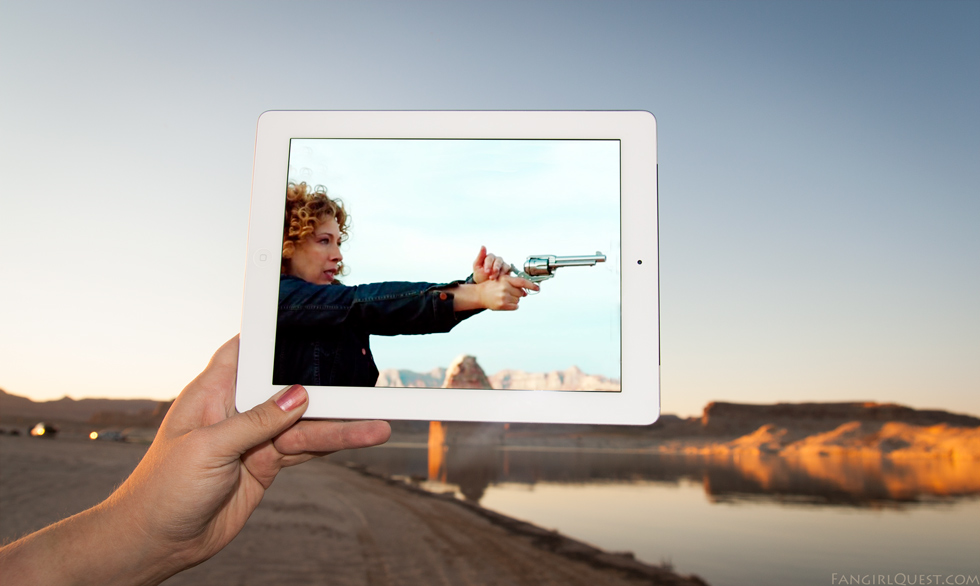 The sceneframing photos taken in the sunset and in a rush.

Back to Lake Powell

So, on the second day, we thought we’d be smarter. We left the car at the parking lot and decided to walk to the exact spot on the beach where the astronaut emerges from the water.

It turned out to be a three mile walk and in normal circumstances that would’ve been fine, but we were in the desert heat now and most of the walking had to be done in the sinking sand. The very same thing we’d just left behind 12 hours earlier. 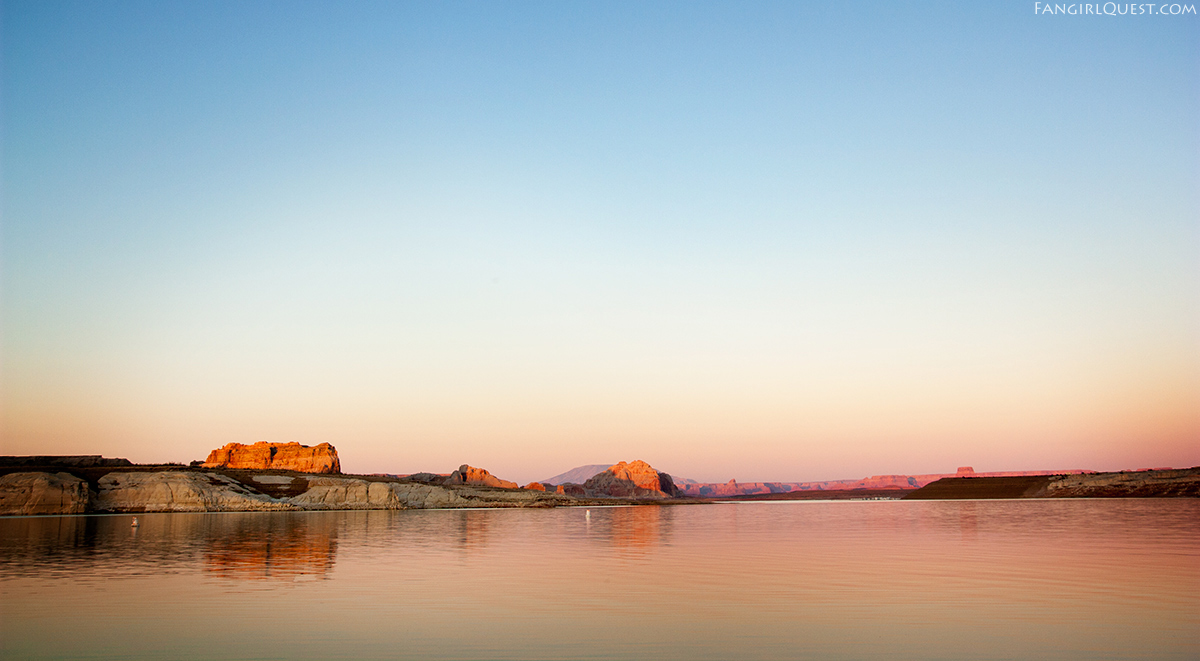 A beautiful sunset at Lake Silencio.

We made it to the location, took the photos and started making our way back. By that time, we were covered in sweat, exhausted and hurting everywhere. Lake Silencio proved to be a real challenge to two tired travelers. 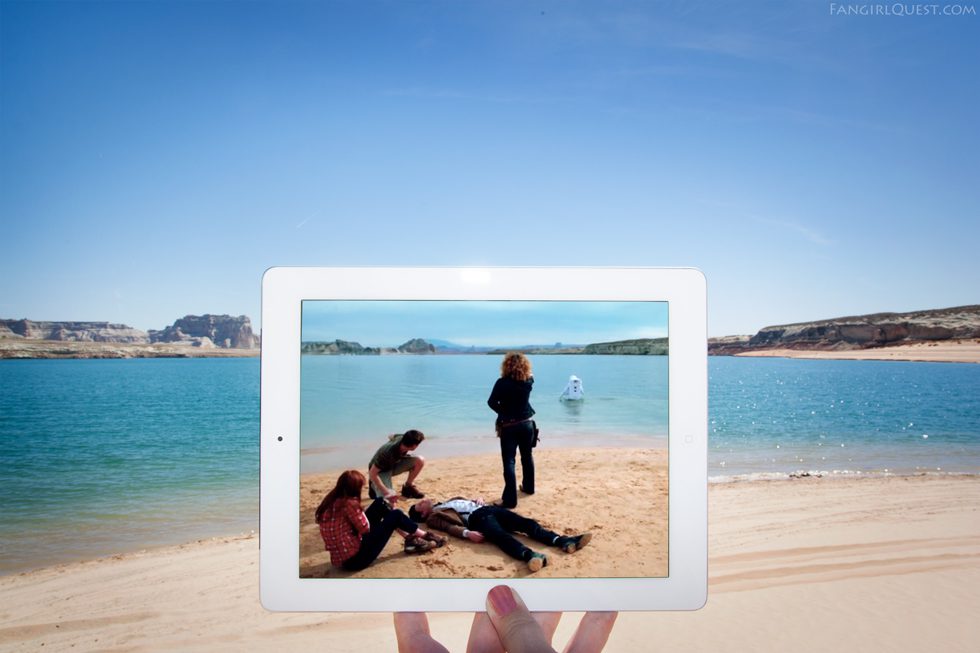 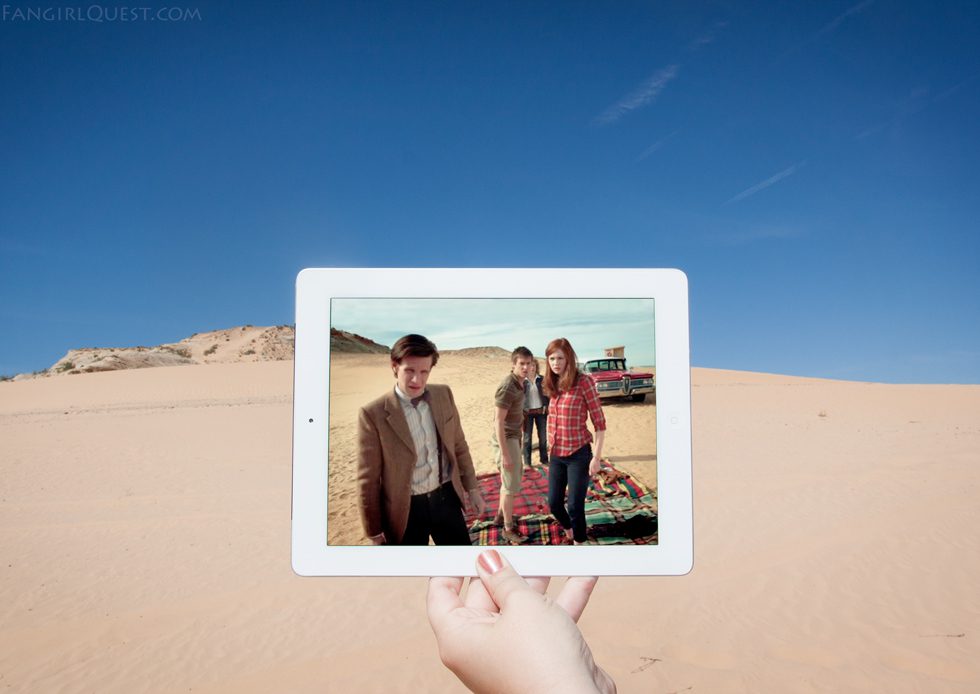 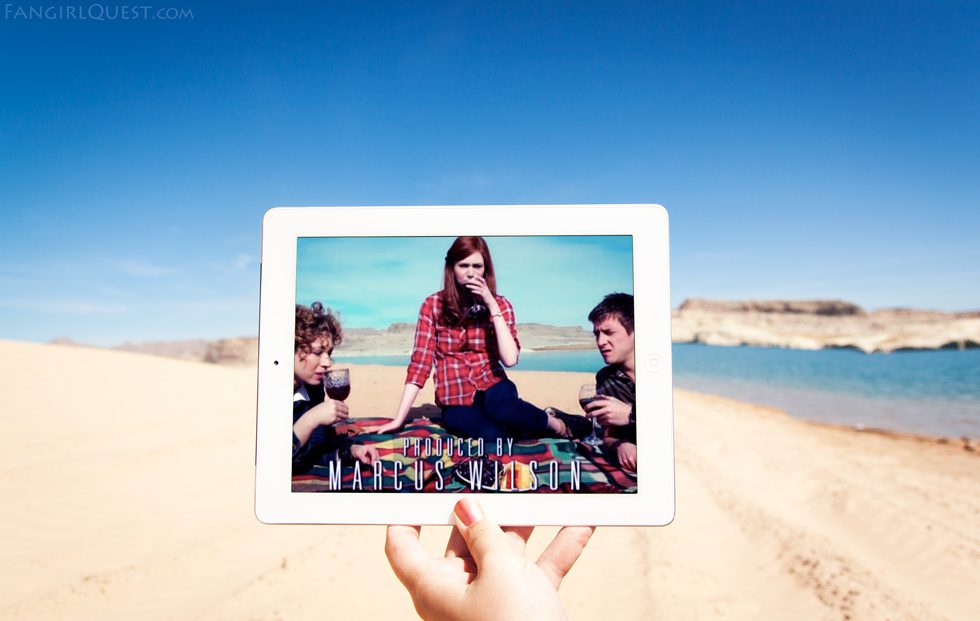 By the time we were halfway back, we started questioning our life choices. The whole project. But most of all, we questioned the sanity of anyone who ever wanted a vacation on a beach as well as our own.

(The video clips filmed during that walk by Tiia might not be suitable for underage viewers because holy cuss Batman!)

Finally, we made it out with a big set of photos and deep hate towards sand in our hearts. But the lake was lovely. Absolutely worth visiting! Just be careful with everything we weren’t careful with… 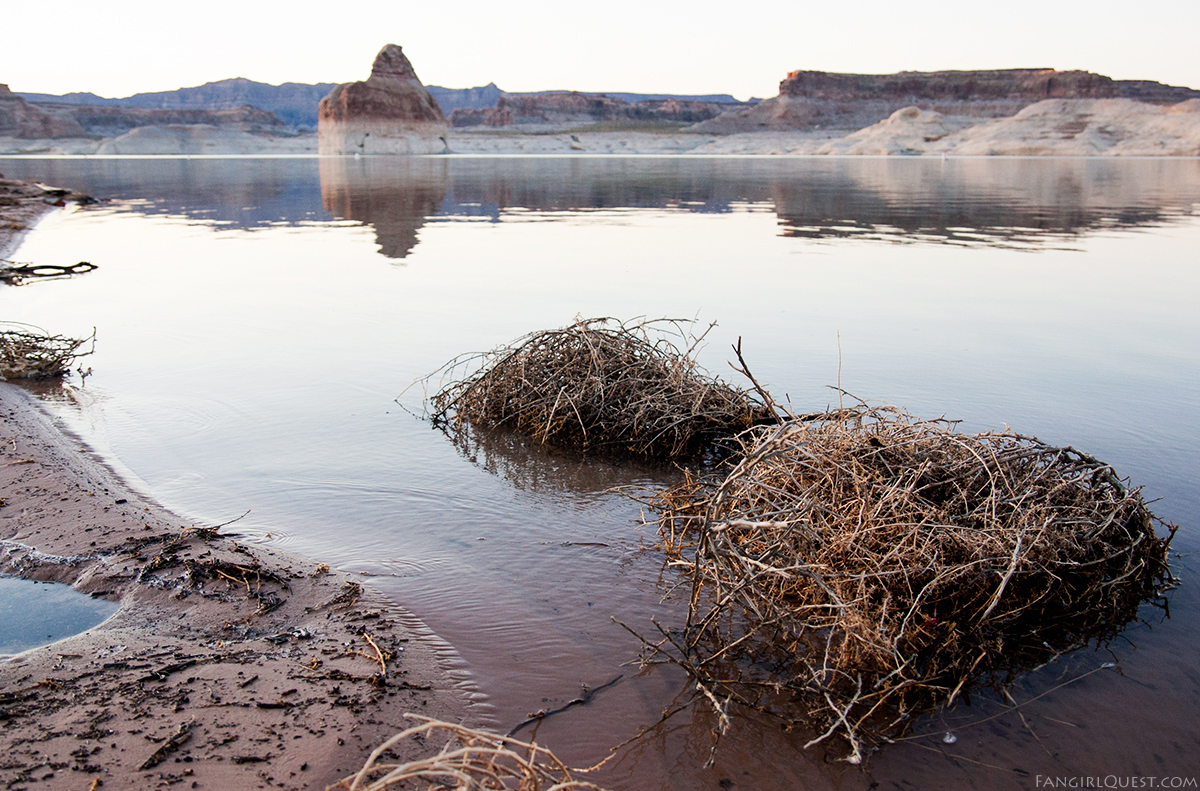 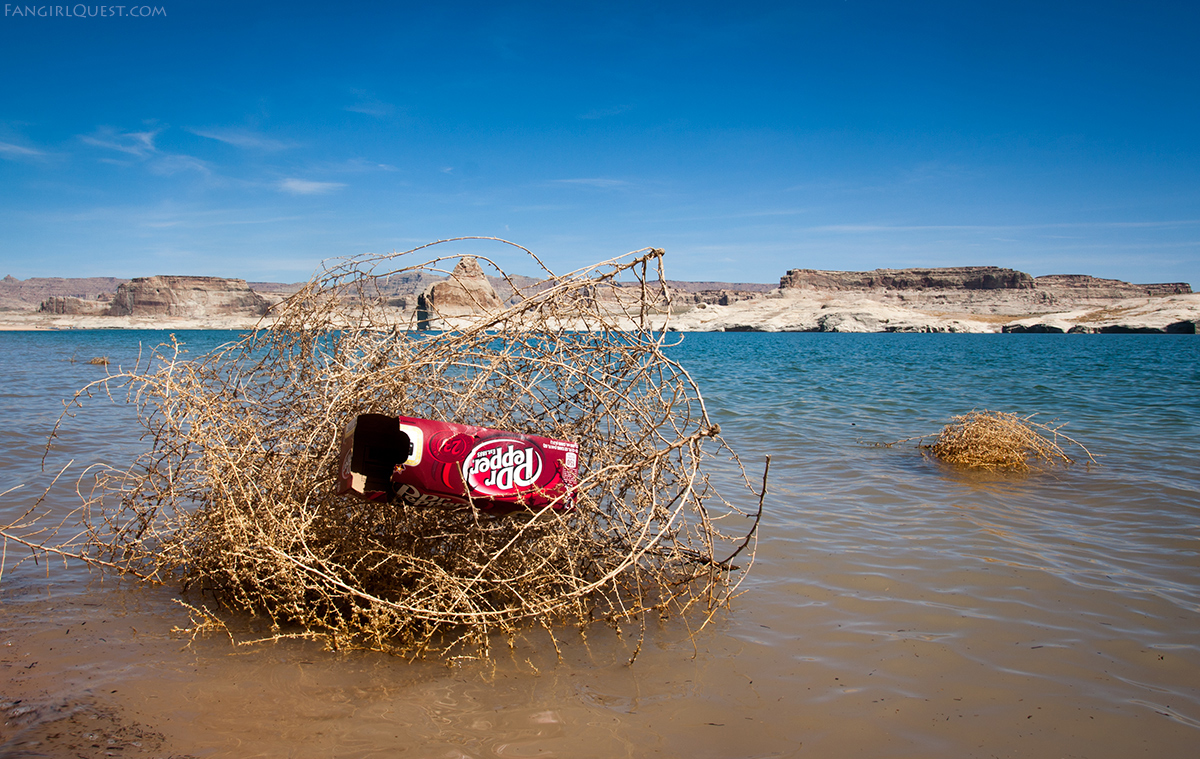