Dear Netflix: This Is Why You Should Renew Sense8

These Distant Game Of Thrones Locations? All Filmed In The Same Spot!

We sometimes get asked if we can “turn off” looking for great locations while watching a show or a movie. The short answer is no. It doesn’t affect the viewing experience in any negative way and we don’t do it consciously most of the time, but whenever we spot a location that looks really impressive or would make a great sceneframe, we can’t help but think: “I wonder where that was filmed”.

When it’s an already familiar looking location, it’s impossible not to notice. We’ve written about Riverview Hospital in Vancouver and how pretty much every production there uses it at some point. By this time we’re so familiar with the site that we can recognize it by a mere brick wall in the background. Supernatural alone has used Riverview at least a dozen times by now, so it’s not unusual for one location to serve several purposes, even within the same show. During my recent rewatch of Game of Thrones I noticed that even this epic fantasy saga is no stranger to recycling locations!

Game of Thrones: all roads lead to Cairncastle

Game of Thrones has several locations that they’ve used throughout the seasons but they clearly always represent the same place within the context of the show. The city of Dubrovnik in Croatia is King’s Landing and the icy landscapes of Iceland are the lands beyond The Wall. However, I started noticing a familiar scenery from Northern Ireland pop up several times in scenes that were definitely meant to be in different locations around the world of Westeros. The village of Cairncastle has clearly seen more than their fair share of the Game of Thrones crew.

SPOILER WARNING! The following contains spoilers for the show up until the season 5 finale. If by some miracle you haven’t seen it, proceed at your own risk!

Season 1: Just outside of Winterfell

Most fans will recognize this iconic scene from the very first episode. It’s where Ned Stark beheads a deserter of the Night’s Watch on the green hills just outside of Winterfell. 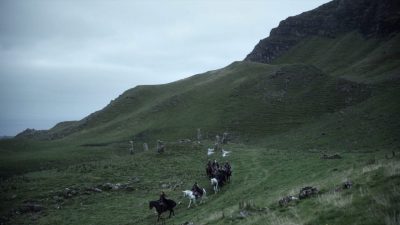 The rolling hills and jagged cliffs of Cairncastle in Northern Ireland set the scene in the very beginning of Game of Thrones. 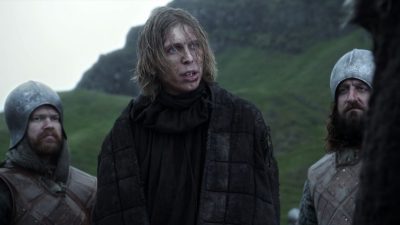 Pay attention to the rock formations behind the deserter of the Night’s Watch. They pop up a lot in this post!

It is the scene that sparked a thousand memes. 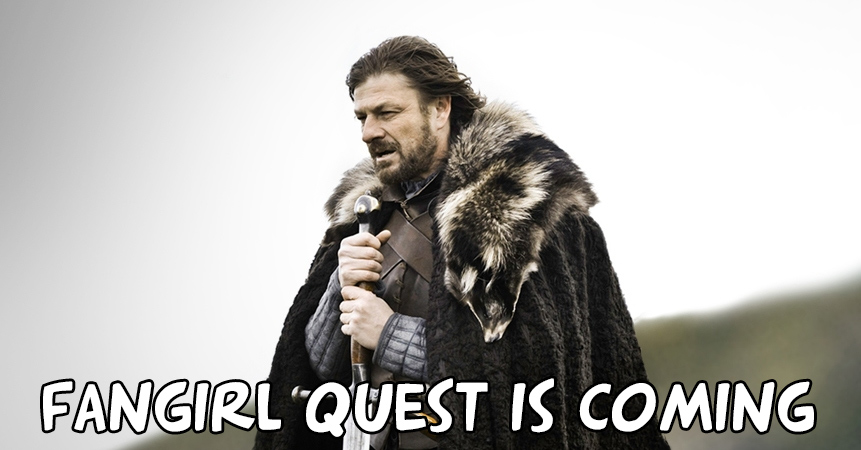 Even we succumbed to the power of the meme in anticipation of our Northern Ireland roadtrip.

During our Northern Ireland roadtrip in 2015 we were eager to find the location, as it was one of the rare locations where we could’ve framed Ned Stark. We did manage to find the right place but sadly, it is private property and we couldn’t get up to the hills to actually take the photos. We just had to settle for snapping a few mementos from the road below. 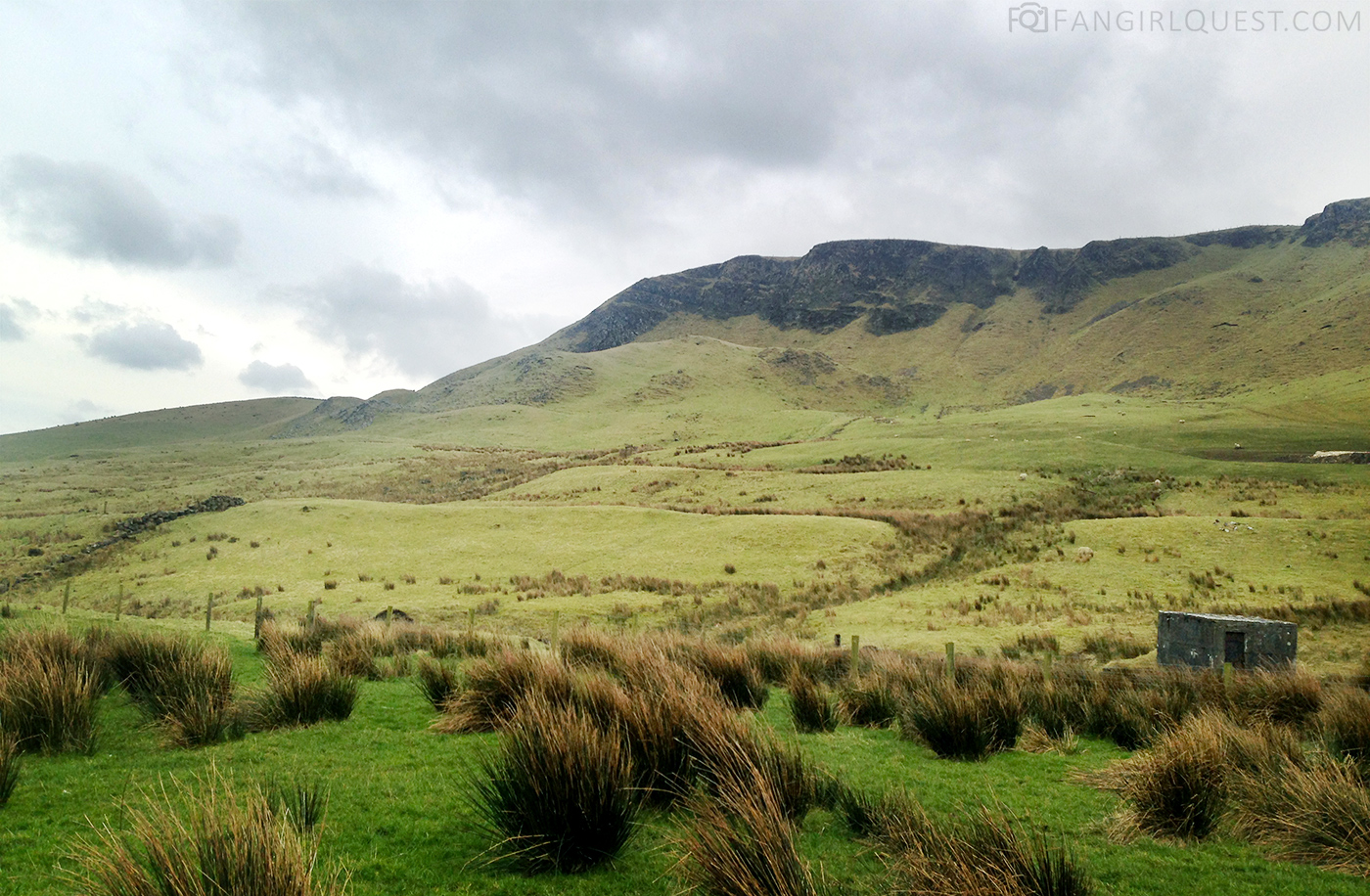 So close and yet so far…

In the third season the crew returned to this location. In the seventh episode “The Bear and the Maiden Fair”, Jaime Lannister is released from captivity and on the road back to King’s Landing, Qyburn tends to the stump of his lost hand. The scenery behind them looks familiar but the catch here? They have just left Harrenhal to head south, so Winterfell and its green hills should be about a thousand miles north! 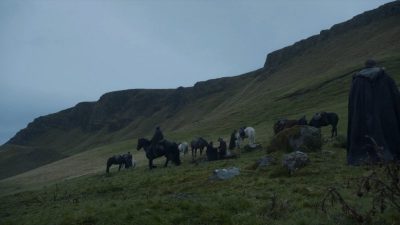 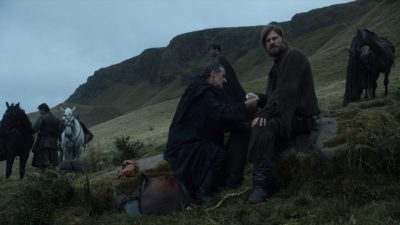 Those rock formations in the background look awfully familiar…

Once again the rugged cliffs of Cairncastle set the stage. This time we’re at least back in The North as Littlefing- I mean Lord Baelish is taking Sansa Stark home to Winterfell to marry the ever so charming Ramsay Bolton… Still, the ruins of Moat Cailin are a couple hundred miles south of Winterfell so this is defintely not the same place as where Ned Stark beheads the deserter. Except, you know, how in real life it totally is. 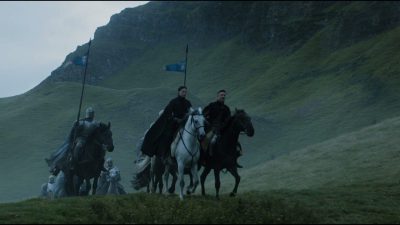 Lord Baelish and Sansa Stark ride towards Moat Cailin and one of the worst marriage deals ever. 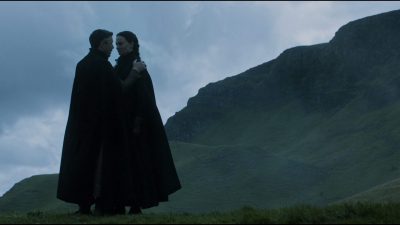 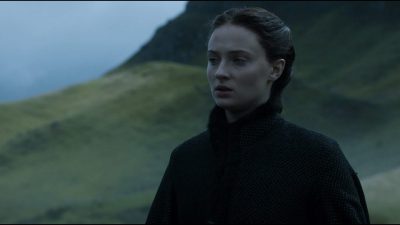 This time we’re not even in Westeros! In the finale of season 5 Daenerys Targaryen is captured by the Dothraki after she flees Meereen riding Drogon. It’s not clear where exactly this takes place, but it’s safe to assume that it’s somewhere between Meereen and Vaes Dothrak, where they eventually take her. Wherever they are, it’s definitely on the continent of Essos, thousands of miles from Westeros. Now this a bit of a long shot because most of the background is heavily CGI’d (there’s no way those stone pillars are real), so there is a slight  possibility that this is not the same location as in the scenes above. However,  the few shots of Dany in front of the sharp cliffs look familiar enough for us to place this in Cairncastle. 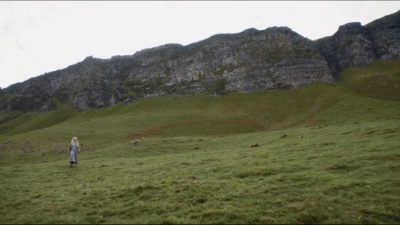 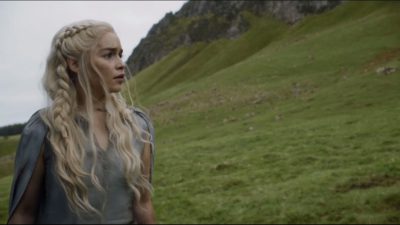 …but it still looks very familiar. 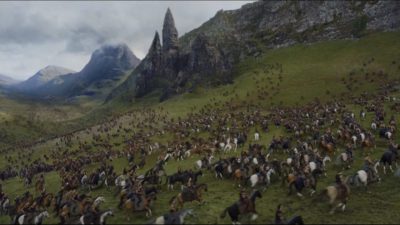 Sorry to burst your bubble but those stone formations are most definitely CGI, as is the scenery behind the Dothraki horde.

Here are all these places on a map of the world of Game of Thrones. Thanks to Ser Mountain Goat for the base map! 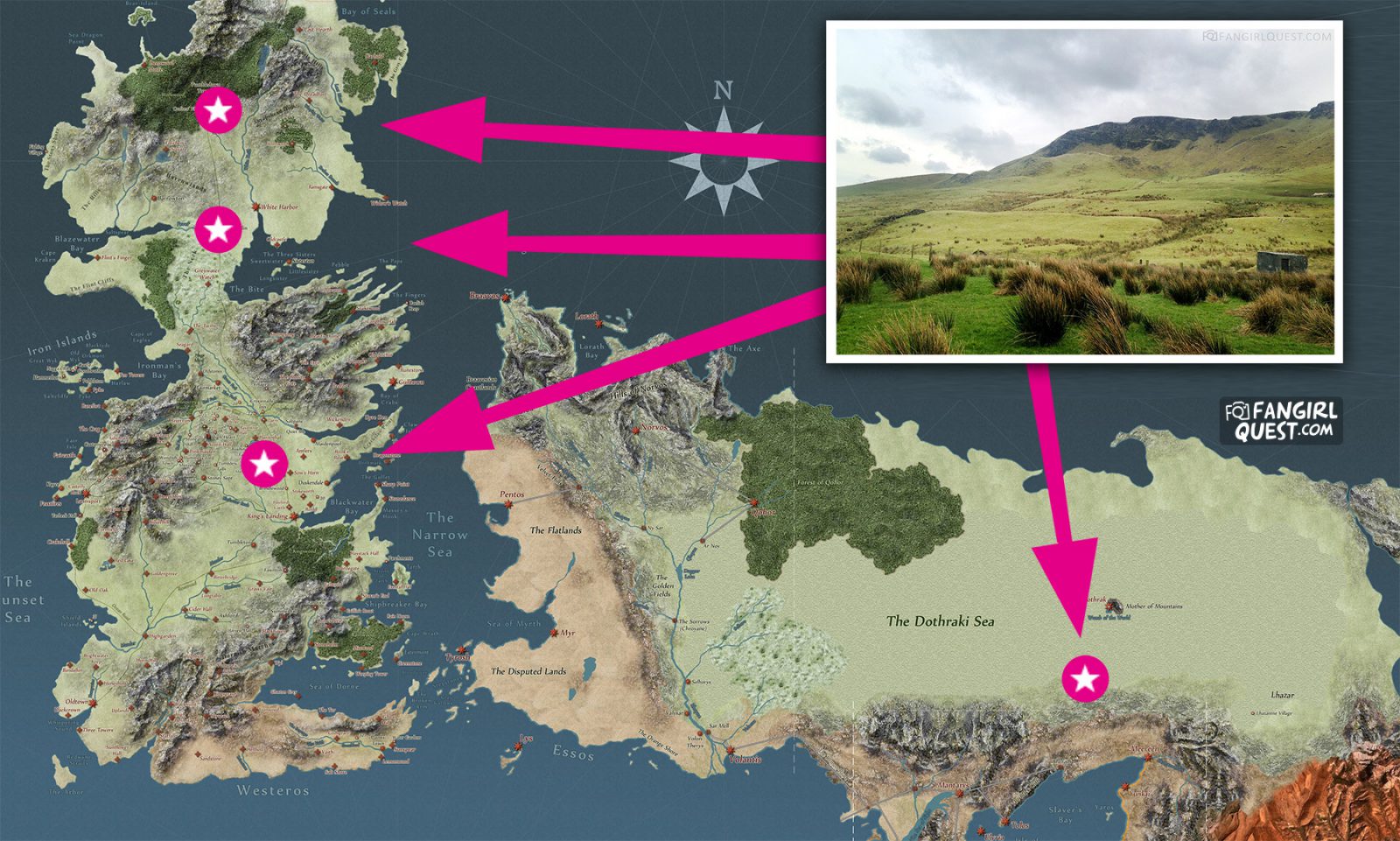 And the actual location can be seen on our Game of Thrones location map, you can spot the turquoise I over Cairncastle:

There are good reasons for a production to keep coming back to the same location. Especially for something so massive as Game of Thrones, it makes sense that they reuse a place that has worked before. Breaking the illusion doesn’t really take away from our viewing experience, it’s just fun for us “professionals” to notice these things. And more importantly, it gives us a very good reason to go back to Northern Ireland and hopefully get permission to enter the private property for some epic sceneframes!