How To Change Your Google Profile Photo / Icon

We’re Back… With Tons Of Amazing New Memories!

Phew, what a crazy month it’s been! I’ve just returned home late last night with a bag and a mind full of gorgeous new memories. Since we last blogged, we’ve experienced some crazy amazing times in France and Northern Ireland. These two separate adventures are worth a dozen blog posts already, but then I went all solo and spent a week and a half in London with some local friends.

Some of the hilights of this trip include our VERY OWN PHOTO EXHIBITION at Series Mania in Lille, France, which was actually even more mind-blowingly cool than we ever expected. Seeing our years worth of filming location adventures presented in high-quality prints and people taking selfies in front of them was just… there are no words, believe me! 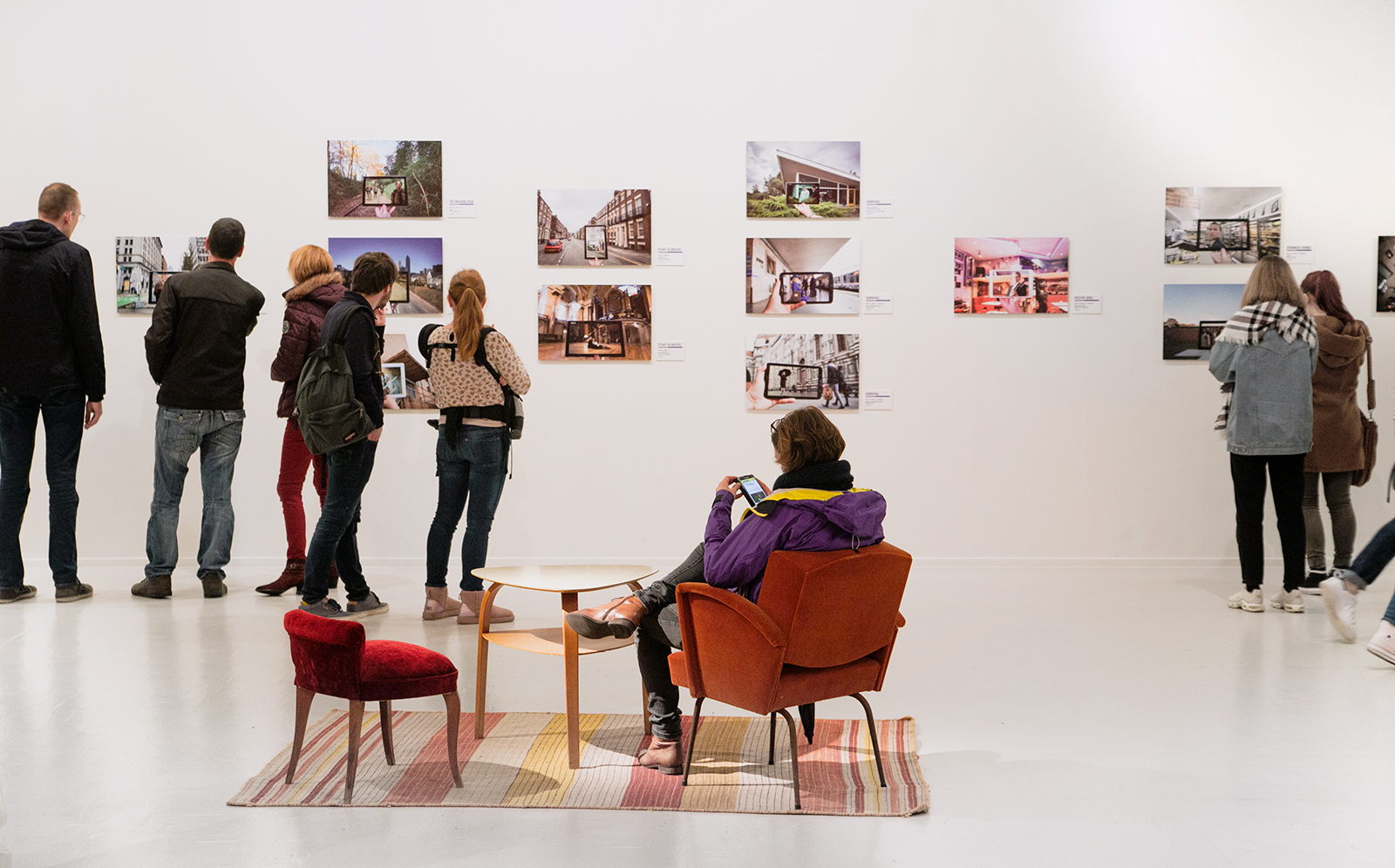 We also checked out the castle that might look familiar to all the BBC Merlin fans… This one also proved to be very much more than expected; we thought we’d walk in, take a few sceneframing photos and that’s it, but ended up exploring the hallways, tunnels and all the majestic rooms, nooks and details for hours.

If you’re into the show, Chateau de Pierrefonds is the place to go. Incredible! 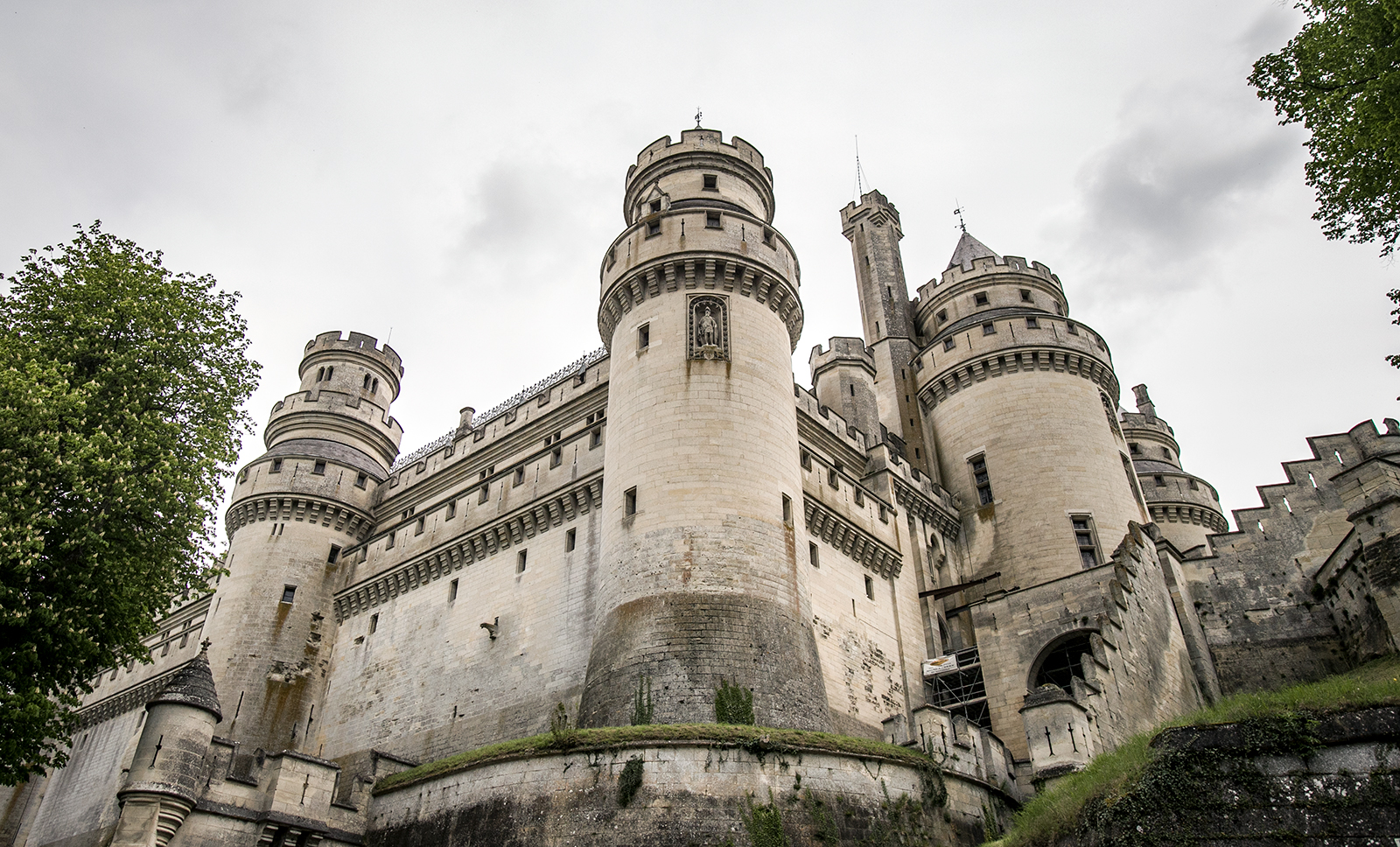 In Paris, we stayed in a movie themed hotel called Le 123 Sebastopol, a whole hotel designed & decorated with movie inspired furniture and details. I mean, what a perfect hotel for us two movie geeks?! 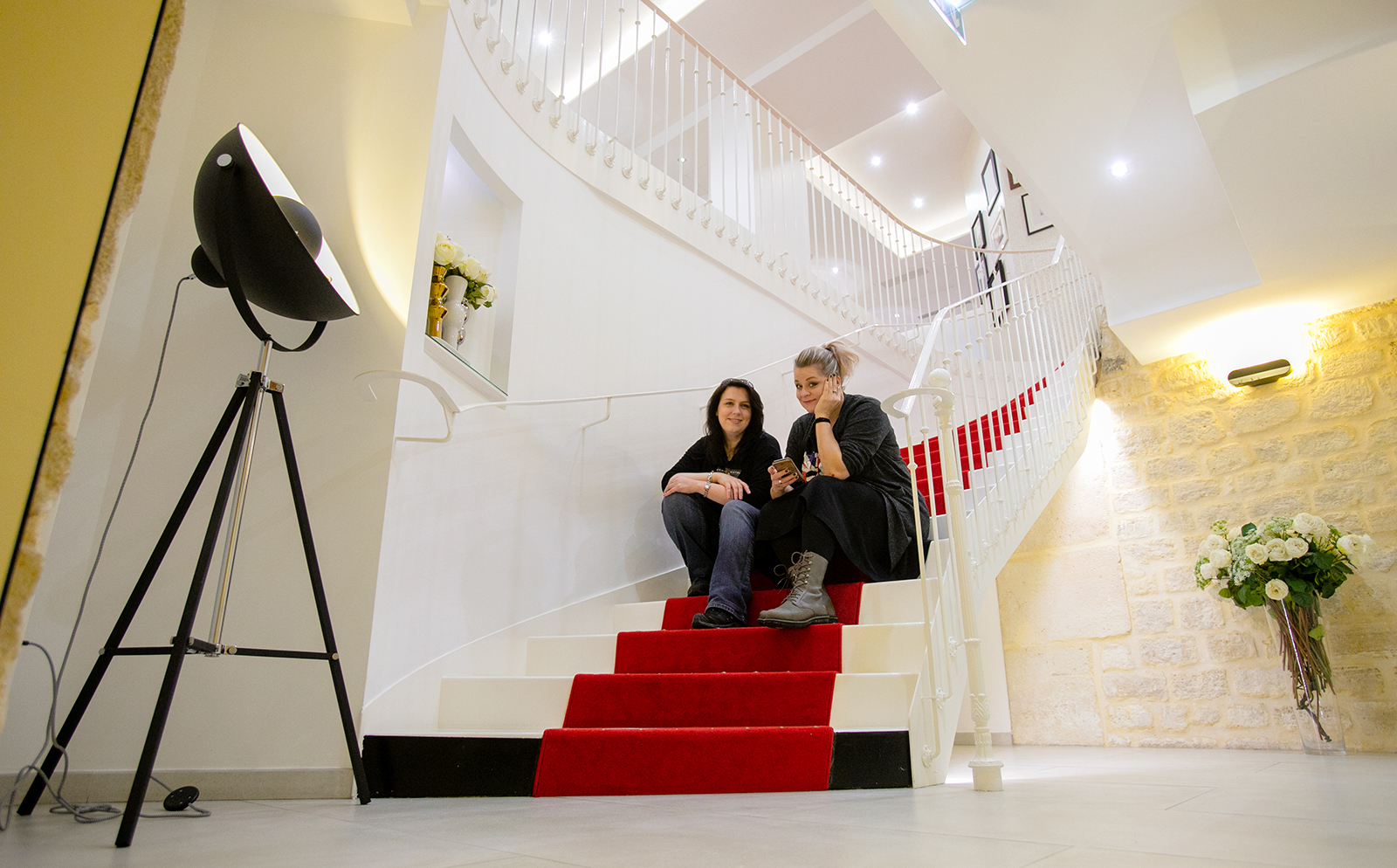 In Paris, there’s also an endless amount of filming locations to visit. We only had two short days to do our thing, but managed to visit several very cool spots. One of them, obviously, was the bridge from Inception. Now, I’ve already visited this bridge before once without Satu (boo! Blasphemy!) but we wanted to make the sceneframes perfect this time, so we went back for more shots. The bridge is called Pont de Bir-Hakeim and as a bonus for any tourist visiting Paris, it also has a pretty good view of the Eiffel Tower. 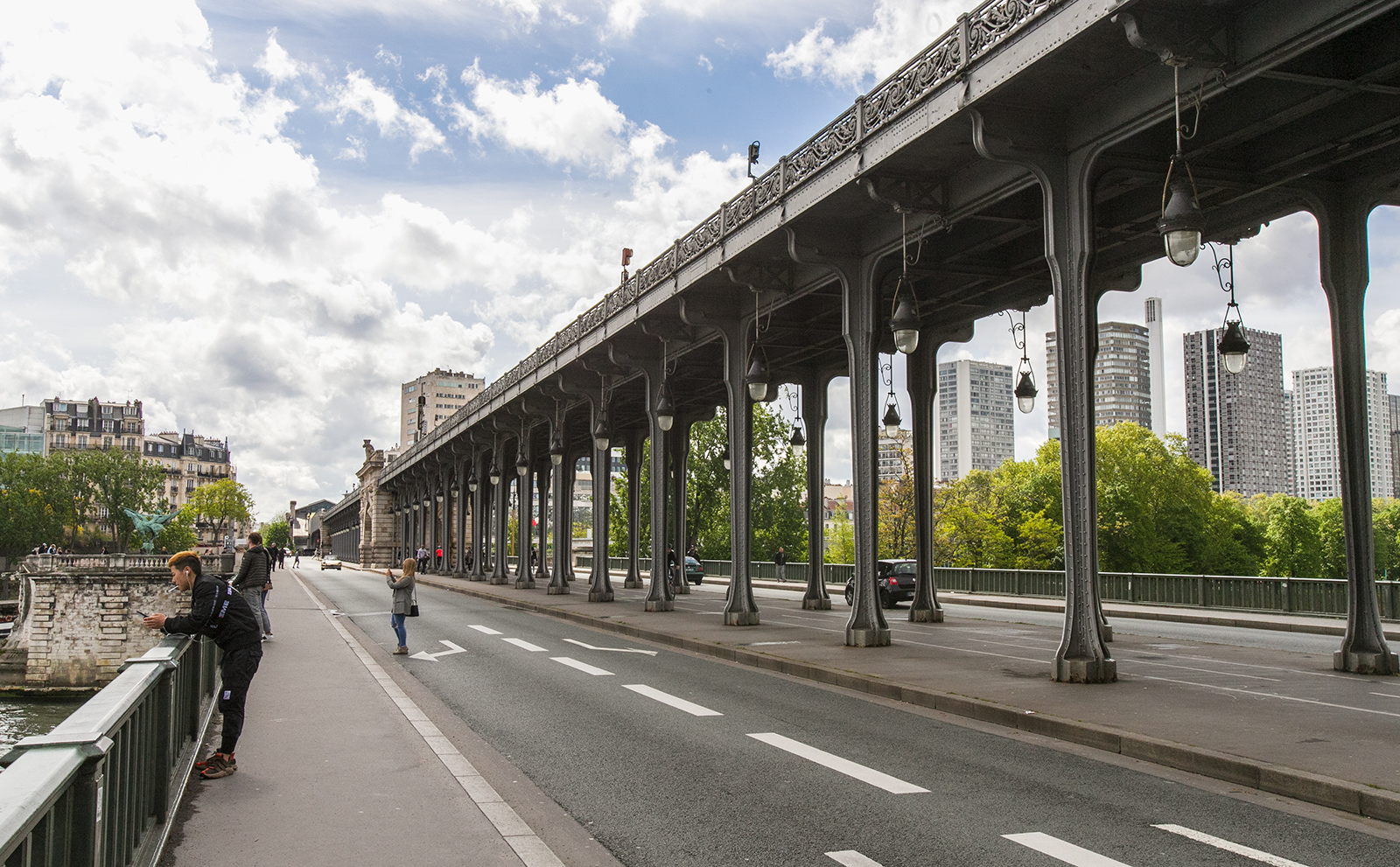 …and when in Paris, one must go to Disneyland. Especially, if one is a geek and into all things fantastical, right?! Too bad we weren’t there for the upcoming Marvel Superheroes hullabaloo, but we still got to ride aaaall the rollercoasters and the amazing simulators in that one full-packed day we had. 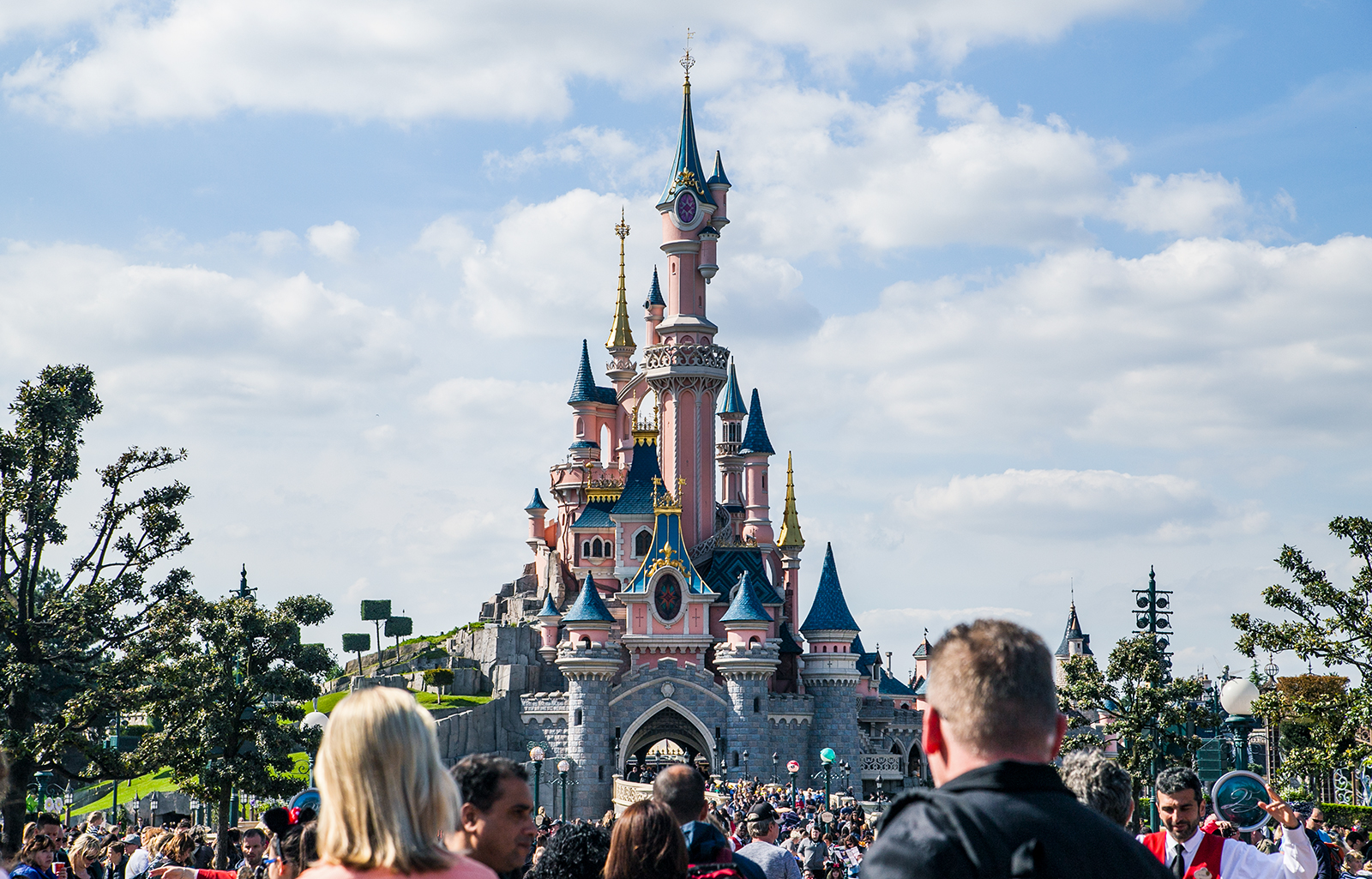 Honestly, I don’t even know where to begin with the Northern Ireland part of this trip. We flew to Belfast, rented a little car to take us around the country and five days later, returned to Belfast to appear as speakers at a Game of Thrones / tourism event. During those five days, we saw some Thrones locations that you wouldn’t even believe to be real.

Some of them took some hiking to get to (below, we’re following Flip from Giant Tours to one of them)… 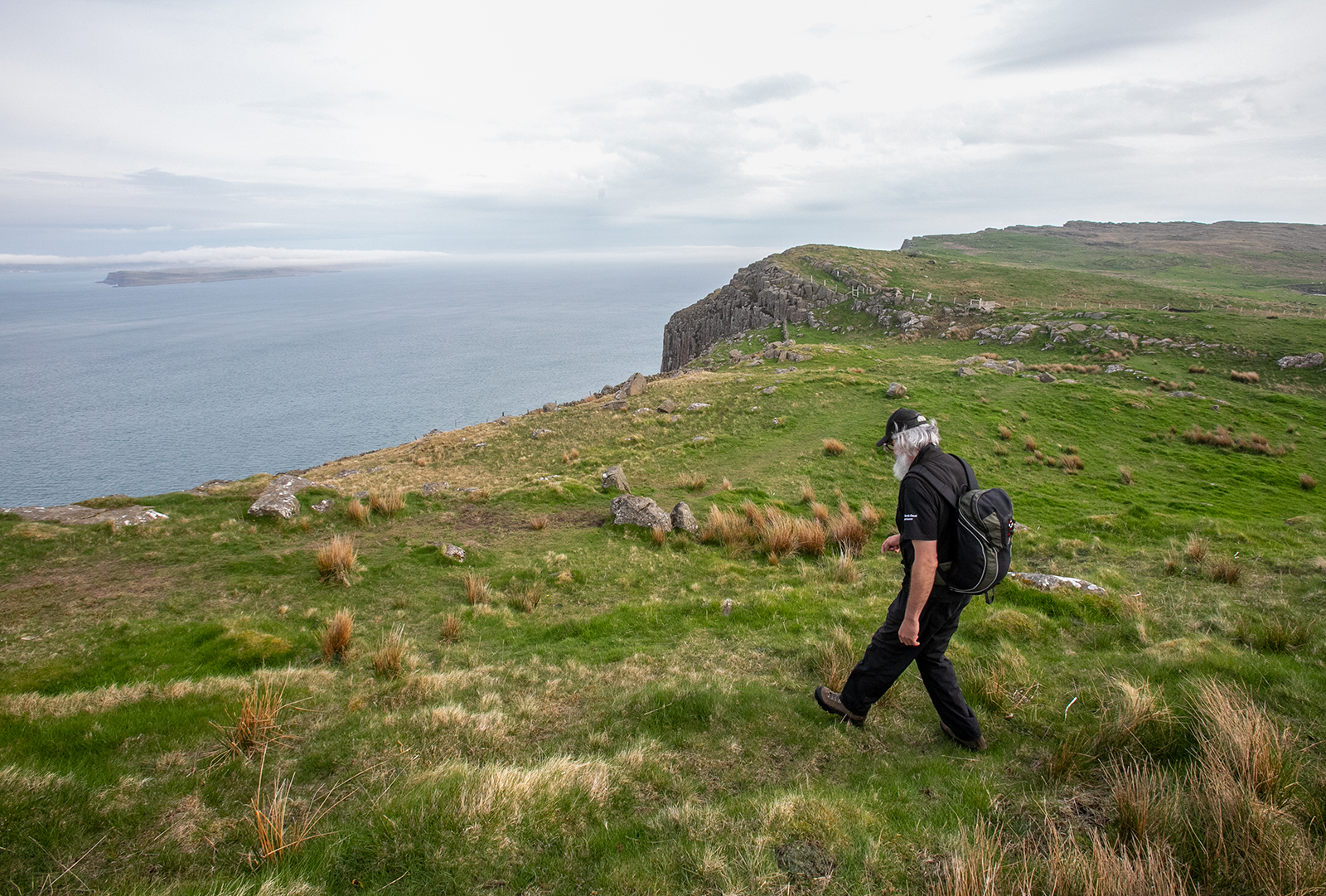 …while at some locations, you get to do fun things like shoot arrows while wearing a Jon Snow / Stark cloak. Check out Castle Ward’s Game of Thrones experience here! 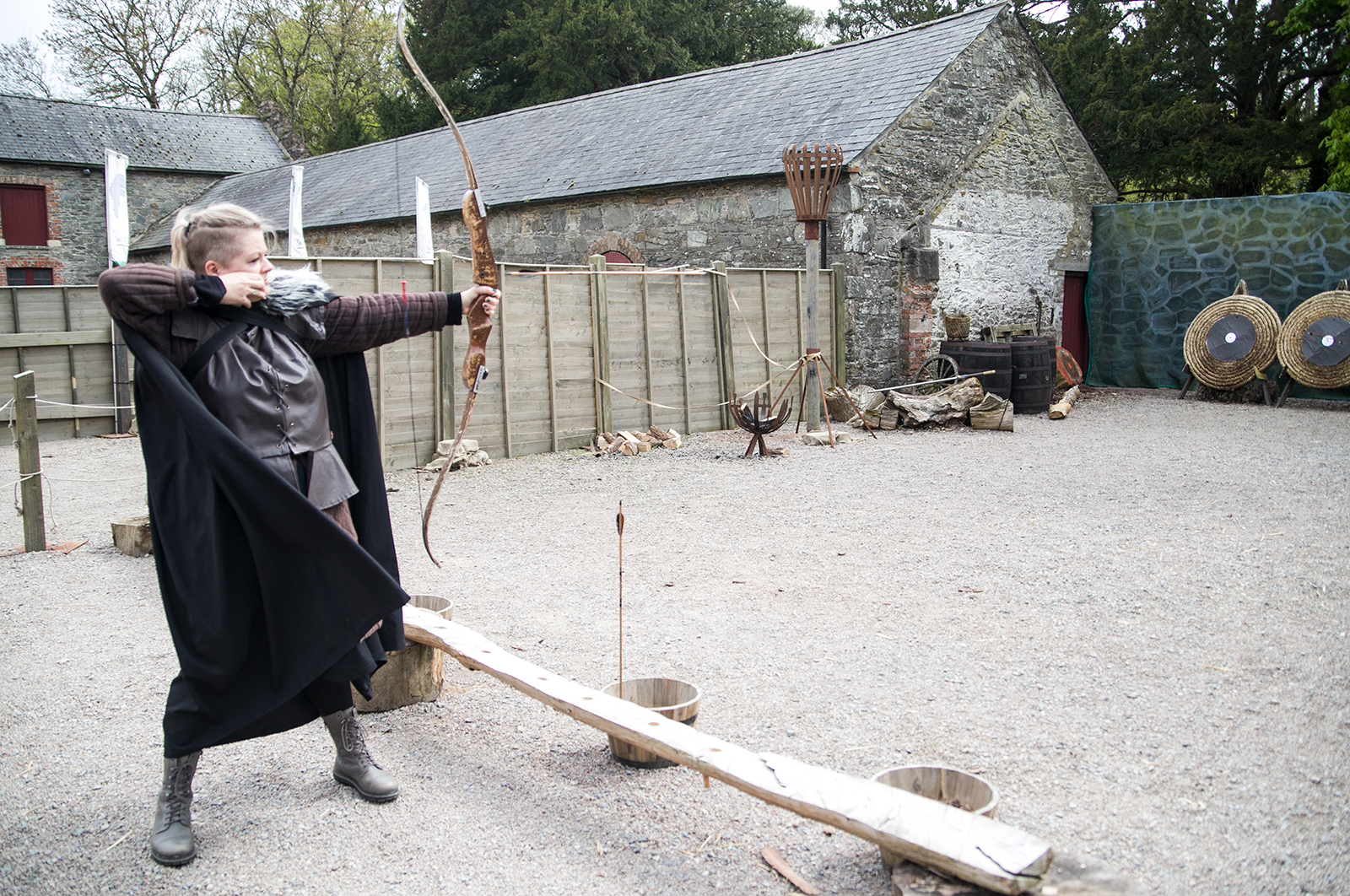 We would also prefer to have our breakfast served with some Stark banner shaped butter every morning from now on. Because that’s what we got at The Cuan and it’s pretty hard to go back to anything less now!

The Cuan is also a place where the cast once slept and the location of the first one of the Doors of Thrones… but we’ll have to get back to this door business in a separate article. 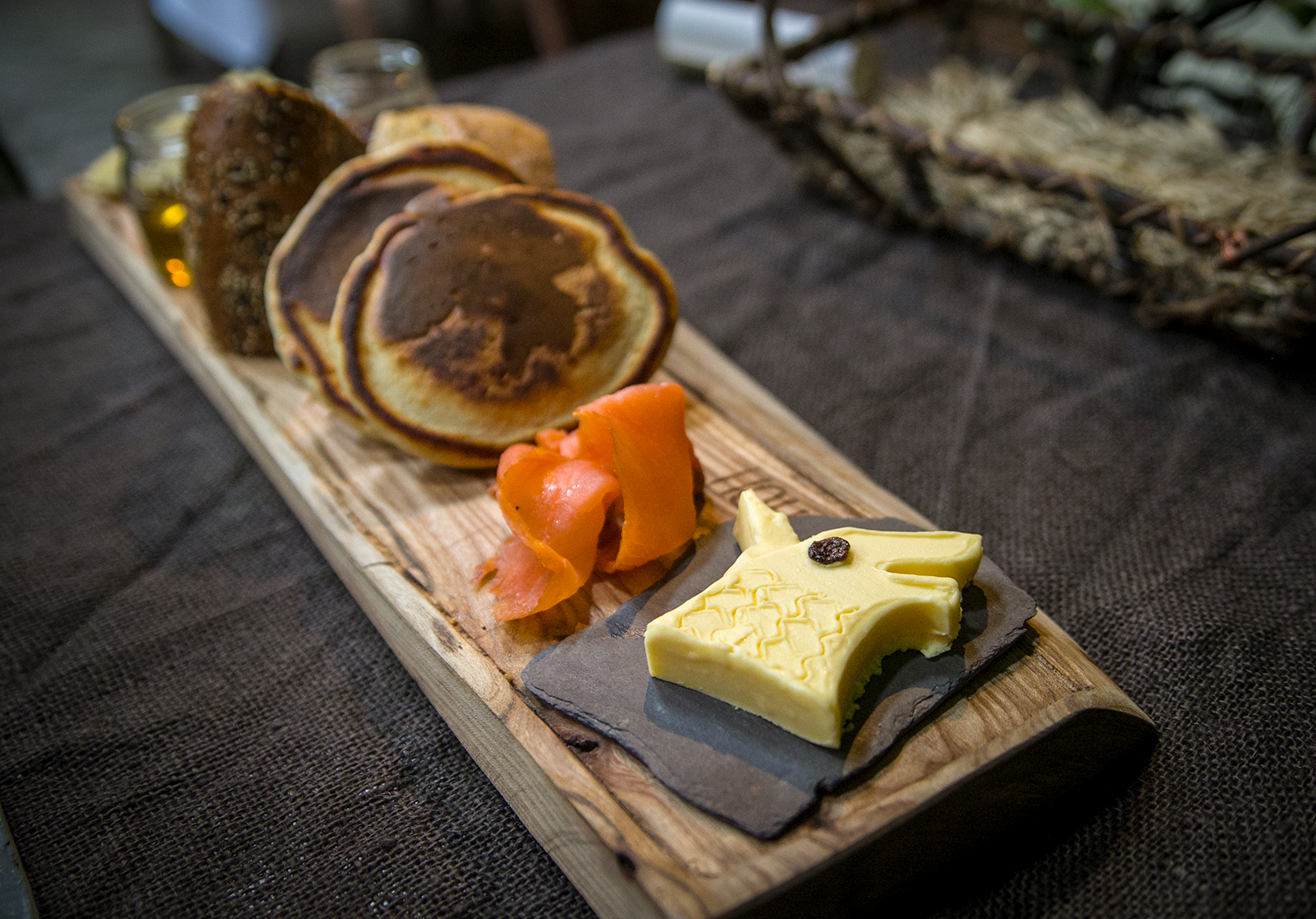 It’s pretty hard to pack all of our Northern Ireland experiences in one quick blog post, so we’ll do the rest of it a little bit later. (We still have to tell you about that helicopter ride and that time we rode horses on Downhill Beach…)

Just believe us when we say: if you’re into Game of Thrones, Northern Ireland should be your next destination. Do not even hesitate. Just book the flights and go – you won’t regret it.

After our tour around the country we appeared as speakers at an event called “Game of Thrones – Get Your Head in the Game” organized by Tourism Northern Ireland. We were pretty nervous about it (especially after watching all the brilliant professional speakers before us), but we guess it went pretty well. Phew! At least we got a lot of lovely feedback from those in the audience and the lovely ladies who asked us to join in the first place.

We even got to meet Ian McElhinney (Ser Barristan Selmy) in person, who appeared as a surprise guest speaker. Eeeeek!!! Oh, the great fangirling moments!!

Oh, London! I’ve always had mixed feelings about the city, since sometimes it just feels a little bit too much for me: too many people everywhere, especially in the touristy areas and otherwise crowded places. But this time, I really, really enjoyed my almost two weeks there. I spent some quality time with one of my best friends Essi, met up with a few super fun local Finns and got my geek on on several occasions.

(I also shot a wedding for a friend and took some promotional shots for another, so it was totally ok to say I was there for work, haha!)

One of the hilights of the week was our visit to The Bletchley. You remember when we wrote about the Breaking Bad cocktail experience? Well, this one’s run by the same creative genius & his company Lollipop, so we definitely got more than we expected. An underground secret cocktail bar with a World War II vibe and codes to crack… such a cool concept and two hours of the most fun we’ve ever had with the added bonus of unique, delicious cocktails! 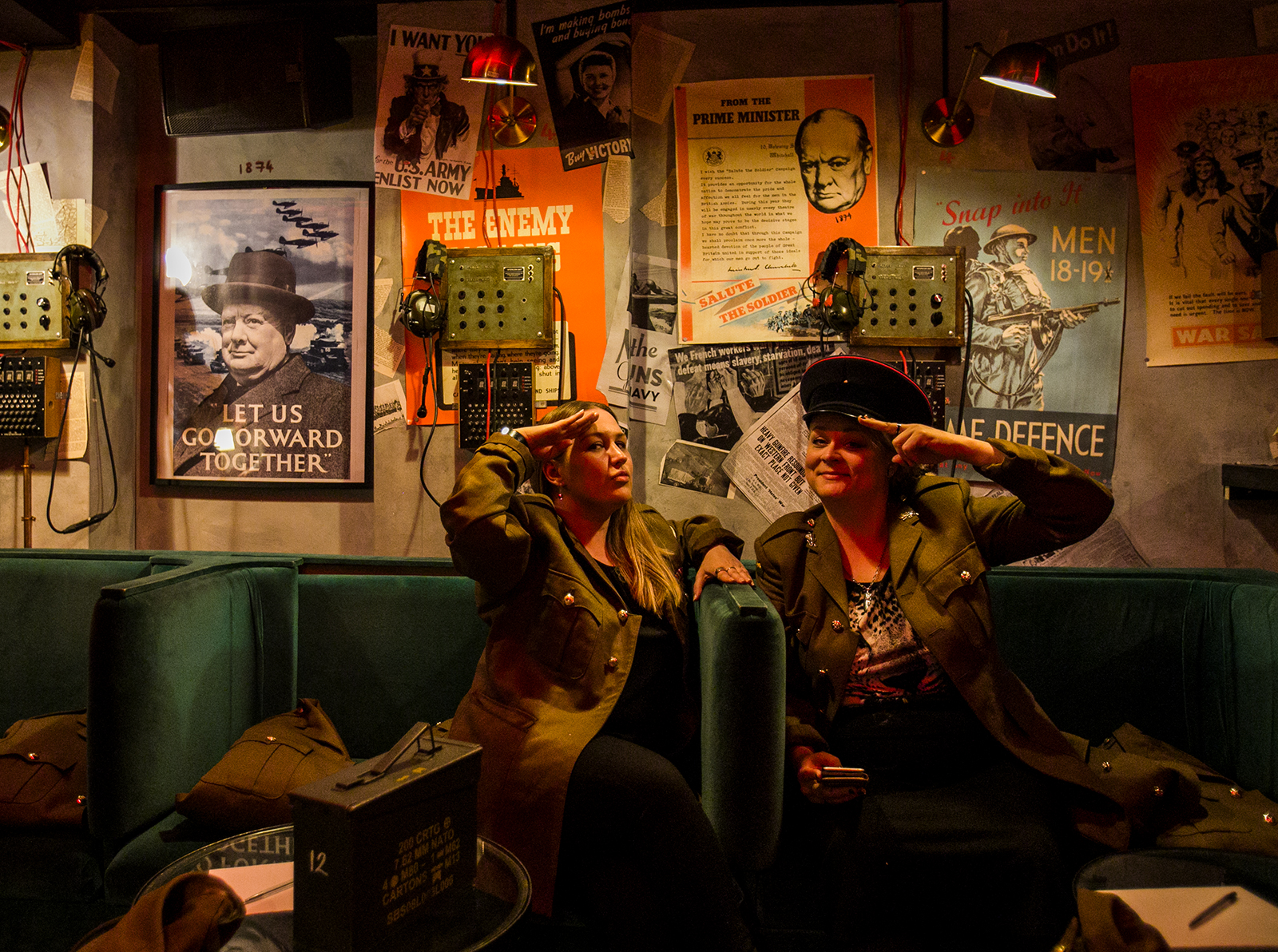 Last, but definitely not least, I’m going to mention Secret Cinema‘s Blade Runner night. I hadn’t even planned on going, but when Essi and me realised they actually had some availability during my stay, we didn’t hesitate. We had to get there.

Secret Cinema is a hard one to explain, but basically it’s one of the coolest concepts out there at the moment. It’s a screening of a movie, yes, but an immersive one. What they do is they pick a film and build a whole world around it where the ticket holders then spend a whole evening exploring.

What I wrote about it on Facebook last night:

A whole Blade Runner world inside a huge warehouse; night clubs, street venues, acid rain, artistic performances, secret missions, characters acting out scenes and pulling us regular people into their storylines while at it.

Damn, I wish they allowed me in with my camera. My hands were itching a thousand times to capture it all. 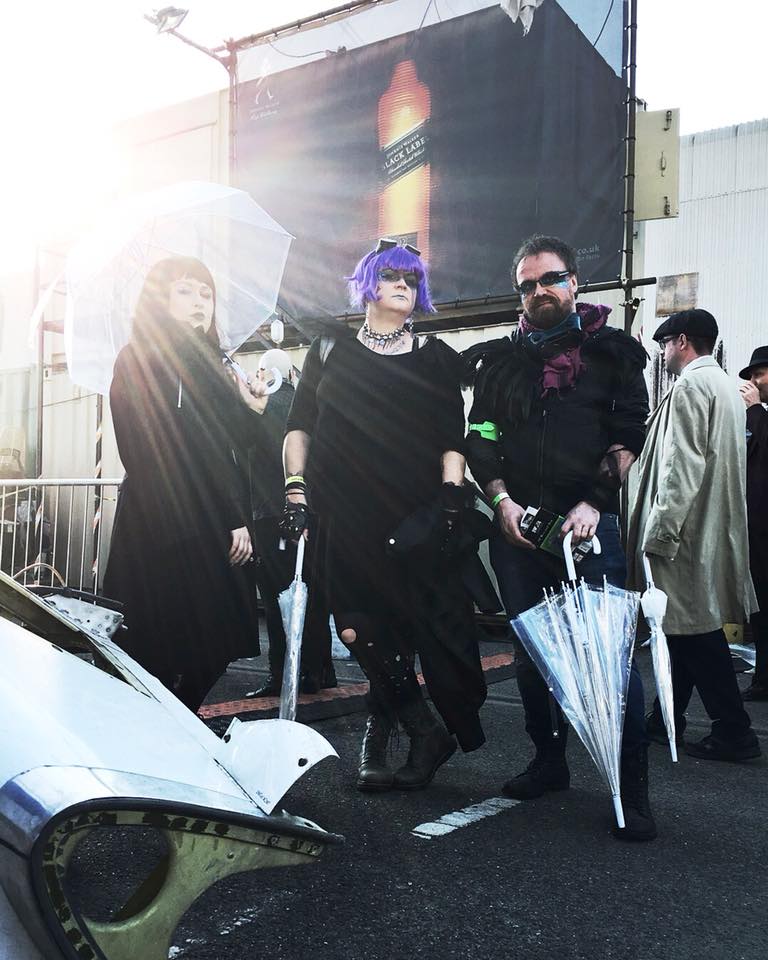 Since they don’t allow cameras (or even phones!) inside the experience, my photographic memories aren’t going to come in better quality than this. I wish I could show you all the things we saw. But again, you’ll just have to take my word for it: if you can, do Secret Cinema. You have no idea how much fun you’ll have.

Phew, I think that’s the shortest I can make this very quick blog post. I mean, there’s just too much to tell at once and each of the stunning places, experiences and venues we visited deserve their own spotlight, blog post and a lot of love. I’m just feeling a little overwhelmed by the 5,300 photos waiting to be sorted and (some of them) edited, so I decided to at least throw these things out there for you guys to discover.

What a life. What an exhausting, beautiful, inspiring, unique, mad & lovable life. Who knew being into movies and traveling could lead into this thing we call Fangirl Quest? Not me.

Leave a comment, a question, anything below and we’ll get back to you as soon as we can ?