This fall has been pretty incredible when it comes to new big-screen movies inspired by music and musicians: A Star Is Born, Bohemian Rhapsody and Coldplay‘s A Head Full Of Dreams are all based on the influence of music and the creators behind some meaningful tunes. They’re very different from each other as films, but the message is clear: music, especially when performed live, is an amazing thing.

A Star Is Born

A Star Is Born is a film that won’t leave you in quite a while. The cast is a brilliant one, led by the magnetic and absolutely stunning Lady Gaga and Bradley Cooper in a role of his lifetime. After seeing this film — even if it’s based in a fictional story — my love and respect for any artists & performers ain’t getting any smaller. What a compelling, complicated and scary path it is to take. I wouldn’t have the courage to make life on stage into a career, but I can’t imagine a life without having others do it. 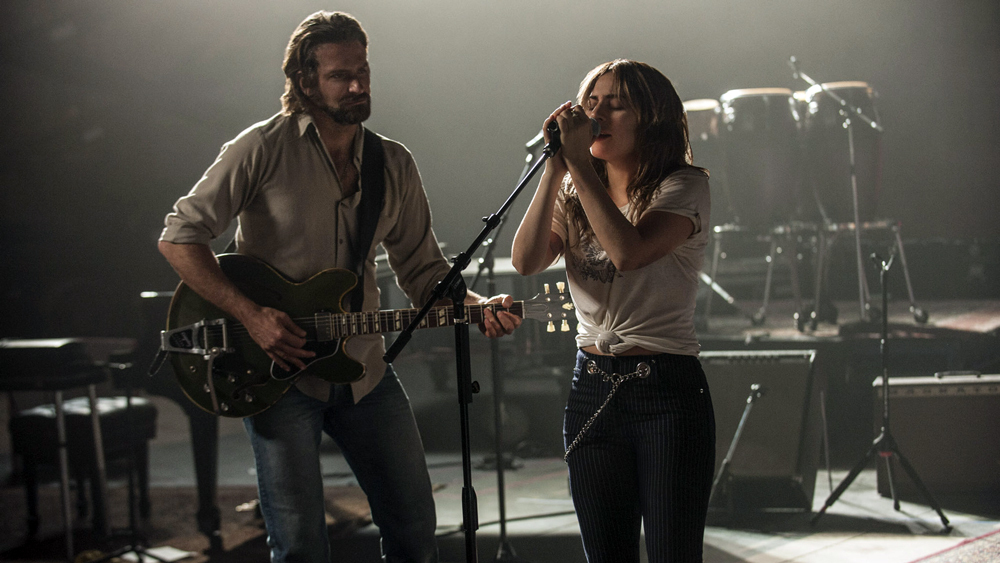 Bradley Cooper and Lady Gaga in A Star Is Born. Photo courtesy of Warner Bros.

And this isn’t the first time this particular story has been told on screen, oh no. The tale of A Star Is Born was first told on screen in 1937, then in 1953 as a musical, again in 1976 as a rock musical, and in a Bollywood romance film in 2013.

It’s no wonder, really: the story doesn’t have to be tied into a certain period. It’s a story of love, perseverance, the complications in tough relationships; of success, failure and addictions. All of which are familiar tales to many of us, no matter what age we are.

And the songs… oh dear, the songs. Could Cooper and Gaga please release a duet album of the country rock nature? ASAP, please.

I would not recommend missing this movie, but do make sure you have a napkin or two tucked in your pocket.

A Star Is Born premiered in October 2018. Visit the film’s page on IMDb.

Ugh, I feel like saying “don’t even get me started on Bohemian Rhapsody“. But I can’t, since I’m now writing about it. We both went to see this film twice and I still have the urge to see it another time. To a rock music & Queen fan it’s an incredibly fun and at times, touching story about Freddie Mercury and his magnificent band mates. Their rise to fame, their good and bad days and their often tumultuous friendship. 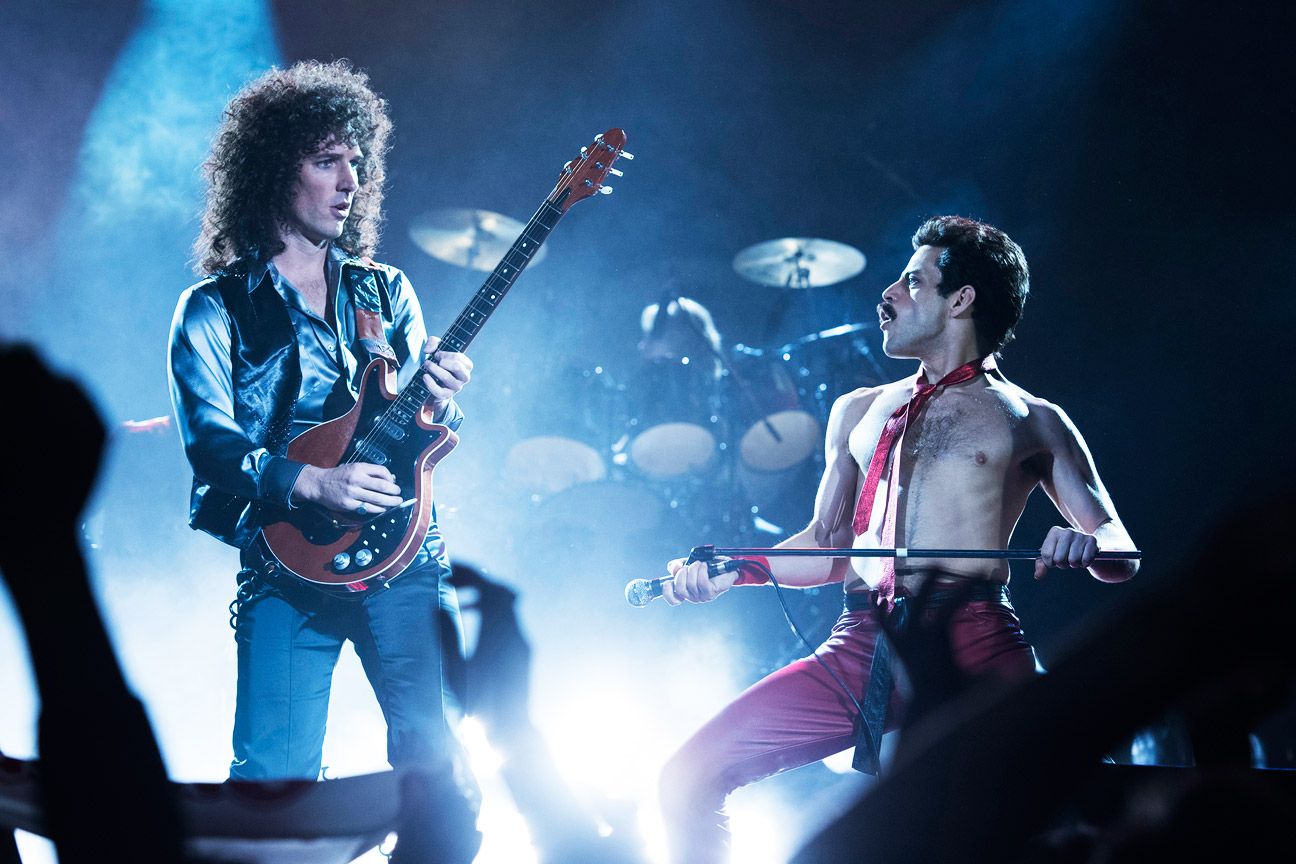 At first, it’s really strange to watch someone else than Freddie himself portray Freddie, but Rami Malek‘s captivating talent pretty soon makes you forget that.

Oh, and the live concert scenes. It’s the next best thing to getting to attend a Queen show. Which, unfortunately, will not happen until someone invents a time machine. You can be 100% sure my first destination will be exactly that.

Coldplay: A Head Full Of Dreams

I don’t think any serious Coldplay fan will miss seeing A Head Full Of Dreams, but I’m still going to say it: don’t miss this.

The documentary shows Coldplay’s journey from their very first gigs at tiny venues to today’s massive success and unbelievable audiences. It shows the good and the difficult sides of four (five, if you count their bff Phil Harvey like they do) very different personalities working closely together in a lovely, honest way. 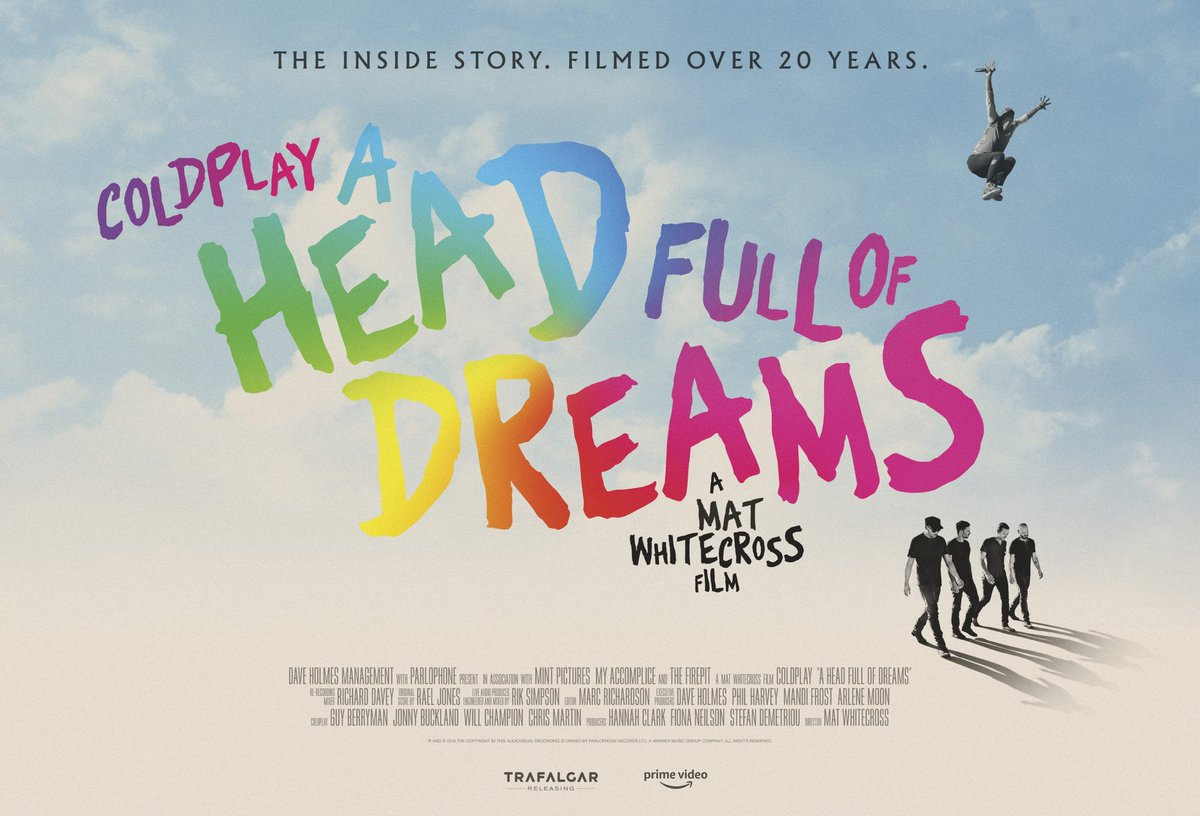 Coldplay: A Head Full Of Dreams

A Head Full Of Dreams has so much unseen material from the old days and from behind the scenes that it’s an actual gold mine to an old fan like me. I first saw the band in 2003 and have been an avid fan ever since, but this is the first time I felt like I actually “got to know” the guys a little bit, or at least a little more personally than I ever did through interviews and videos.

I actually saw the film at a press screening with another long-time musician, Aki Tykki from Happoradio, and while he’s not a massive fan like me, he still enjoyed it a lot. We talked after the movie and he said that it’s sad that the young musicians today are mostly looking for solo careers and possibly missing the amazing opportunity of belonging in a band.

Apparently, that’s something we non-musicians can’t really ever fully understand. But it’s films like this that give us that nice little glimpse into it.