GISHWHES 2017 BEGINS TODAY: The Best Week Of The Year Is Here! 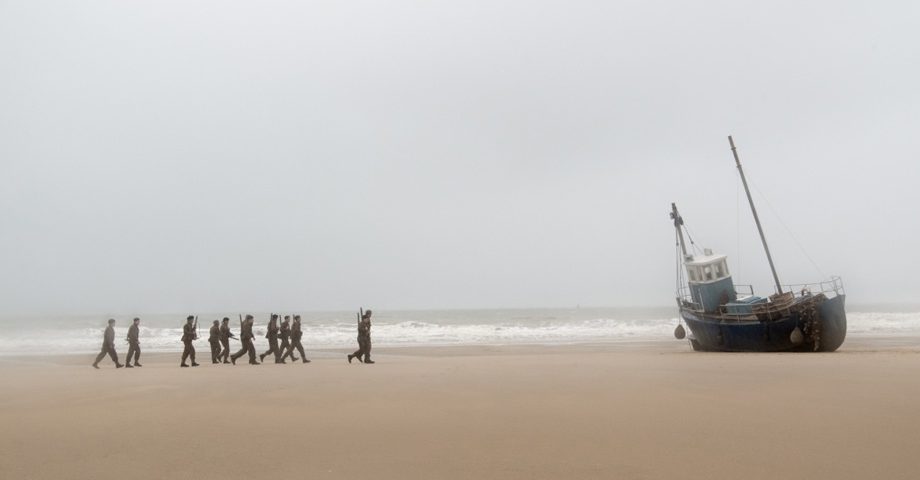 I’ve been waiting for Dunkirk for over a year. Literally. Just a few weeks ago Facebook reminded me of this fact by showing me an update from July 2016: I was gushing over the filming of the movie taking place in Dorset, England… and I wanted to be there. I knew one of my biggest heroes, Christopher Nolan (The Dark Knight Trilogy, Inception) was directing a film starring some of my biggest favorites (Tom Hardy, Cillian Murphy), and I wanted to be there for it.

I don’t know what I would’ve actually done once I got there. I just wanted to be close to it all.

The endless sands of Dunkirk.

Now, over a year later, I’ve just returned from a Finnkino movie theatre in Helsinki and I am —  as the youth so eloquently puts it these days — absolutely shook. I’m not a critic and I don’t try to be, but I’m so overwhelmed by all sorts of feels that I thought I’d share a few of them.

I won’t share any specific plot spoilers (although, as you know, it’s a war drama based on real events so really, what does spoiler even mean in this case?) but rather some feelsy feelings and random thoughts that popped into my mind before, during and after seeing the movie.

First, let’s make something clear: I will never miss anything that has Tom Hardy in it. That is the most important thing.

Hardy as a pilot? That is a movie I will definitely see.

Now that we’ve made that particular record straight, let us talk about the Dunkirk all-star cast line-up. Well, that’s what it is for someone who’s very much into movies. Funnily enough, the friend I saw this with didn’t even know that much about Tom Hardy, let alone Cillian Murphy. But rest assured: she will. I have humbly accepted the challenge of fangirl brainwashing.

By the way, if anyone wonders what I’d recommend seeing from these gentlemen right now, they’d be Peaky Blinders and Inception from both (as this is really not the first time they share a screen), Lawless and Locke from Hardy and 28 Days Later from Murphy. 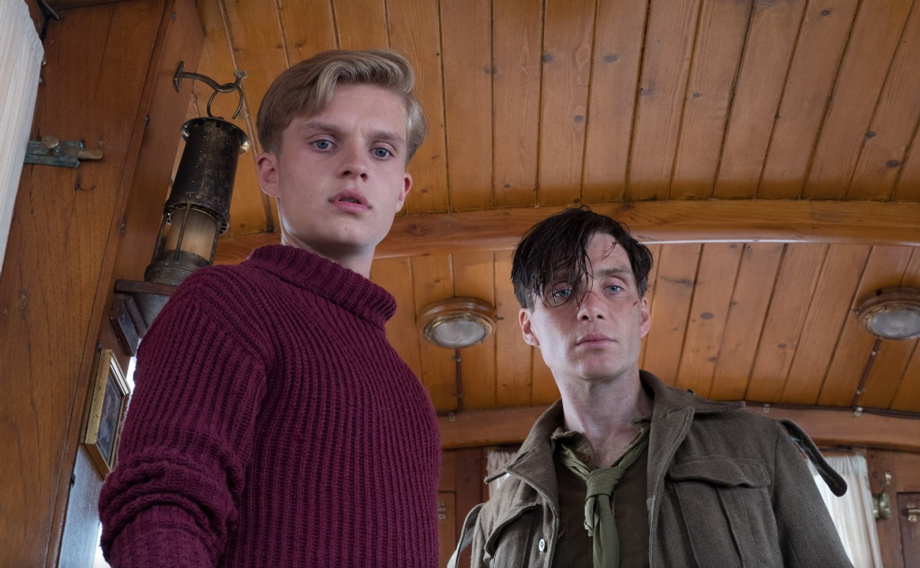 Tom Glynn-Carney with my heartbreakingly beautiful and talented Cillian Murphy.

Aside from this glorious duo (who both me and Mr. Nolan seem to love dearly), there are many other faces I’ve grown to like over the years. Let’s start with the slightly surprising one: Harry Styles. This cute young fella caugh my attention during one of the rare seasons of The X-Factor I ever watched. Where I consider Hardys and Murphys my distant TV boyfriends, Harry is more like my sweet little brother and I wish nothing but the best for him in life.

As I’ve recently learned, the director wasn’t really aware of Styles’ popularity among the younger folk and apparently, even got criticized for pulling such a “publicity stunt”. But according to his own words, he just thought Styles would be a good choice for the part. He was right, by the way. My TV little brother did a fantastic job. 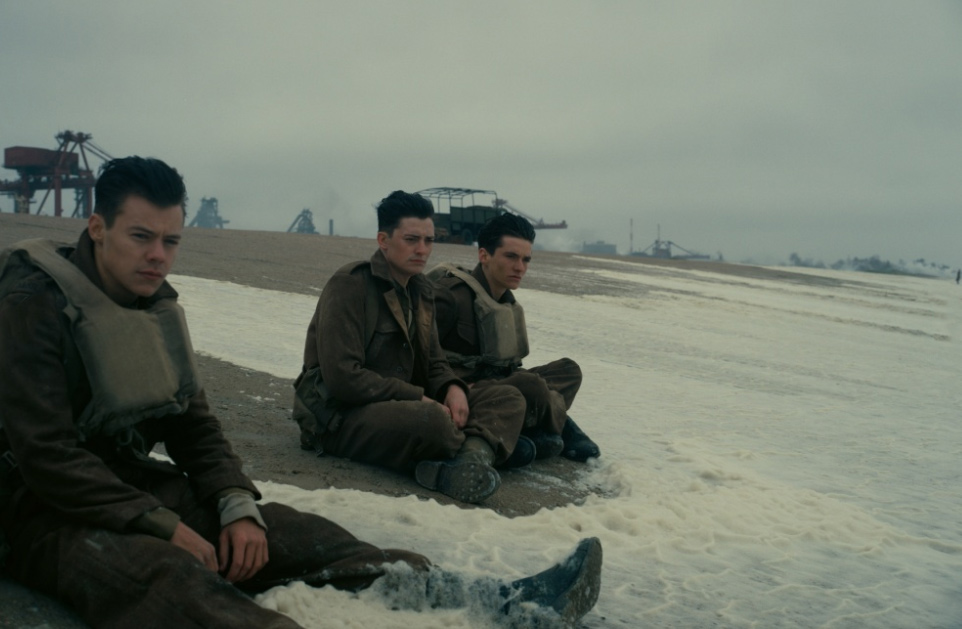 Harry Styles and mates waiting to get home.

(Btw, I always pay attention to the diversity of a cast: any non-white leads? Any female leads? But for somewhat obvious reasons, this time, we’ll have to let these things slide. Lots of white males it is.)

Mark Rylance. Look at his face and tell me it isn’t the perfect face for the big screens? Some people try their best to have it all, but very rare actors actually possess both the talent and the likability like this guy does. Aside from Dunkirk I’ve seen him in the TV mini series Wolf Hall and then, alongside Tom Hanks, in Bridge of Spies… and I hope we’ll see a lot more of him in the future. 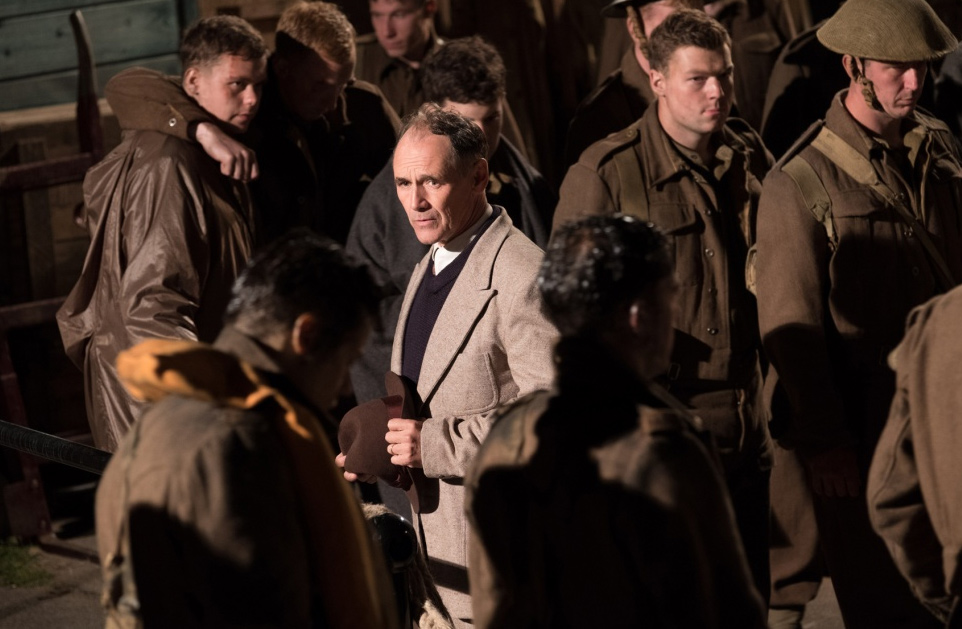 Likable to the max: Mark Rylance.

Sir Kenneth Branagh. Oh come on, Christopher. As if you didn’t already have enough talent on your plate? You just had to go and fork up Branagh too? Ok. Fine. We’re happy that you did. This charismatic SOAB seems to have done all the right moves to get on our favorites list.

Involved in tons of Shakespeare productions? Done it. Directed a Marvel movie? Done it (Thor, 2011). Some might remember him as Wallander, we know him as the Man of Many Achievements.

And hey, let’s not forget our very own Jarvis (Agent Carter) and our shady Broadchurch boyfriend James D’Arcy. It was so lovely seeing him again, even if it wasn’t the biggest role in the movie. James is good. Let’s keep him around for a long time, hokay? 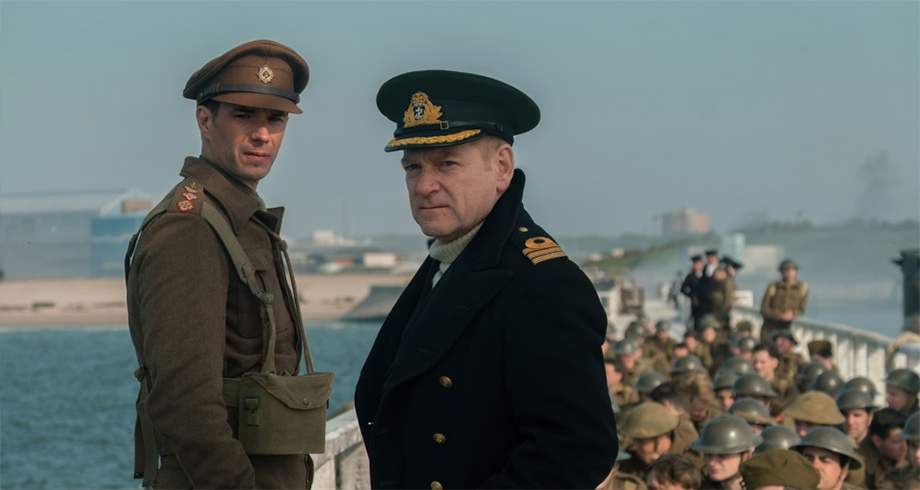 Other great things and random sentiments about Dunkirk

THE CINEMATOGRAPHY. Don’t even get me started. Because I wouldn’t know where to start or when to stop. The flying scenes from the pilots’ point of view. The light. The sand. The foam. The almost-anxiety-attack from being trapped right there, in the boats, on the beach, in the water, in the crossfire with them.

THE SCORE. Holy heckin’ macaroni, Batman, the score. I haven’t been haunted by any piece of music like this since The Dark Knight‘s end-of-the-world themes. Who else can we really blame for something like this than Hans Zimmer? I’m pretty glad I got to see his live concert in Helsinki just a few months now because dayumn. Maestro. You’ve just given me two hours of spine chills, and even though in any other circumstances they’d feel pretty unpleasant, they were meant to happen during Dunkirk.

THE FACELESS ENEMY. Did Nolan not show us a single German face because a) he simply wanted to de-humanize the Dunkirk posse’s enemy? Or b) because he wanted us to feel like we were one of the soldiers trapped on that shore: scared of our worst enemy lurking just around the corner, behind the closest sand dunes, in the dark, in the air, in the water? Because dude. It worked. Sometimes hiding the worst makes it even worse.

NO HEROES AMONG HEROES. Despite the impressive cast and big stars among them, it was delightful to notice how none of them turned out to be the hero. If I had to point out the main actor in this film, I couldn’t. Such thing does not exist. They were all there, in their own important, varying roles, they were all part of the thing and necessary to the story, but no-one stood out as the poster boy. Very good.

A CLEVERLY KNIT WEB OF EVENTS. The first time I realized I was actually watching a nonlinear narrative, my eyebrows hit my hairline. It took me a while, I have to admit, probably because I was so intensely immersed in the fear and the survival of the poor soldiers. The amount of flashbacks, different points of view and other jumps could’ve grown to be too much, but it never did. I admire people who can piece together something so complicated that still flows so effortlessly. Great stuff.

TOM HARDY AS A COOL, HEROIC SPITFIRE PILOT. I dislike the fact that they keep muzzlin’ up his expressive face, but I can see why he would be one of the few actors who can make it work with more than half of their face covered up. Anyway. Nolan has just given me something I didn’t know I needed: Tom Hardy as the coolest pilot in the sky. I love flying. I love Tom.

Here’s to hoping I’ll have the time to see it twice or thrice in the following weeks.

Dunkirk in theatres on July 21st! Check your local dates and times. 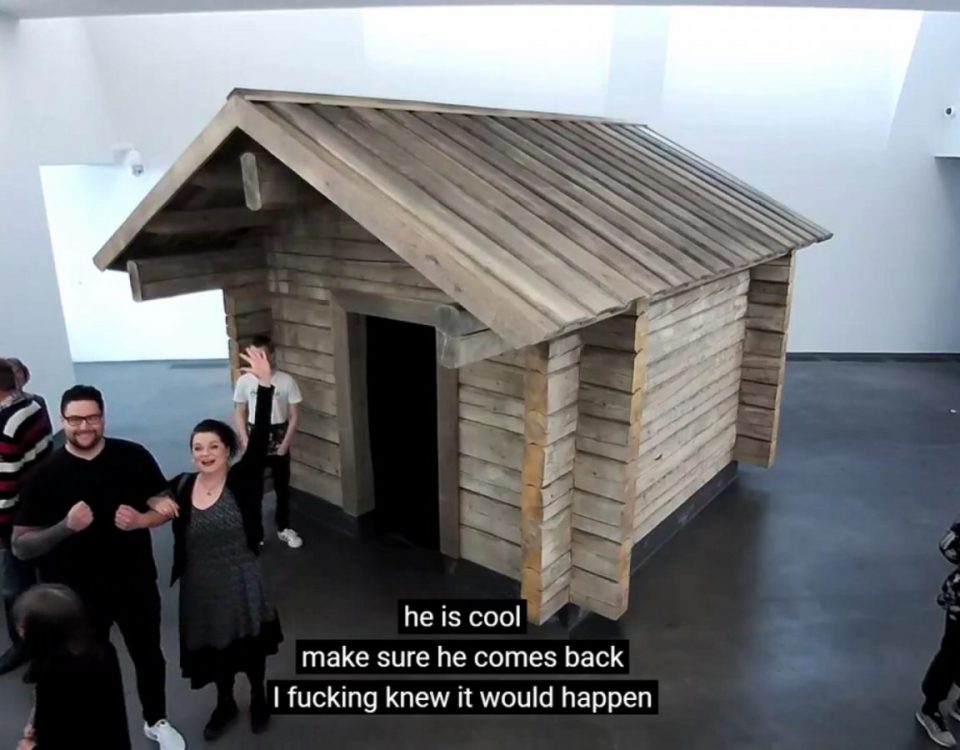