The Perfect Weekend In London For A Group Of Friends

Supernatural Cast At Asylum 16 (But Is There More To Life Than Celebrities?)

We had no idea what we were walking into. We just knew it was going to be Kit “Jon Snow” Harington on a West End theatre stage, and that really was reason enough for us to go and see the play, Doctor Faustus at the Duke of York’s Theatre. So we got our tickets and headed to the theatre on May 10th.

Our seats were in the second row, which added to the excitement… especially after realising Harington was already sat on stage while people made their way to their seats. There he was, this long time idol of ours, just staring at the floor and his surroundings and drooling a little.

And then the play started. We took a deep breath and prepared ourselves for the ride… for anything really. And quite a ride it really turned out to be.

The beginning was a mix of Kit rambling much to himself in old-timey English and a lot of weird characters creeping around. The audience was also confronted with full frontal nudity.

“Wow ok”, we thought. “What are we even watching”, we wondered. 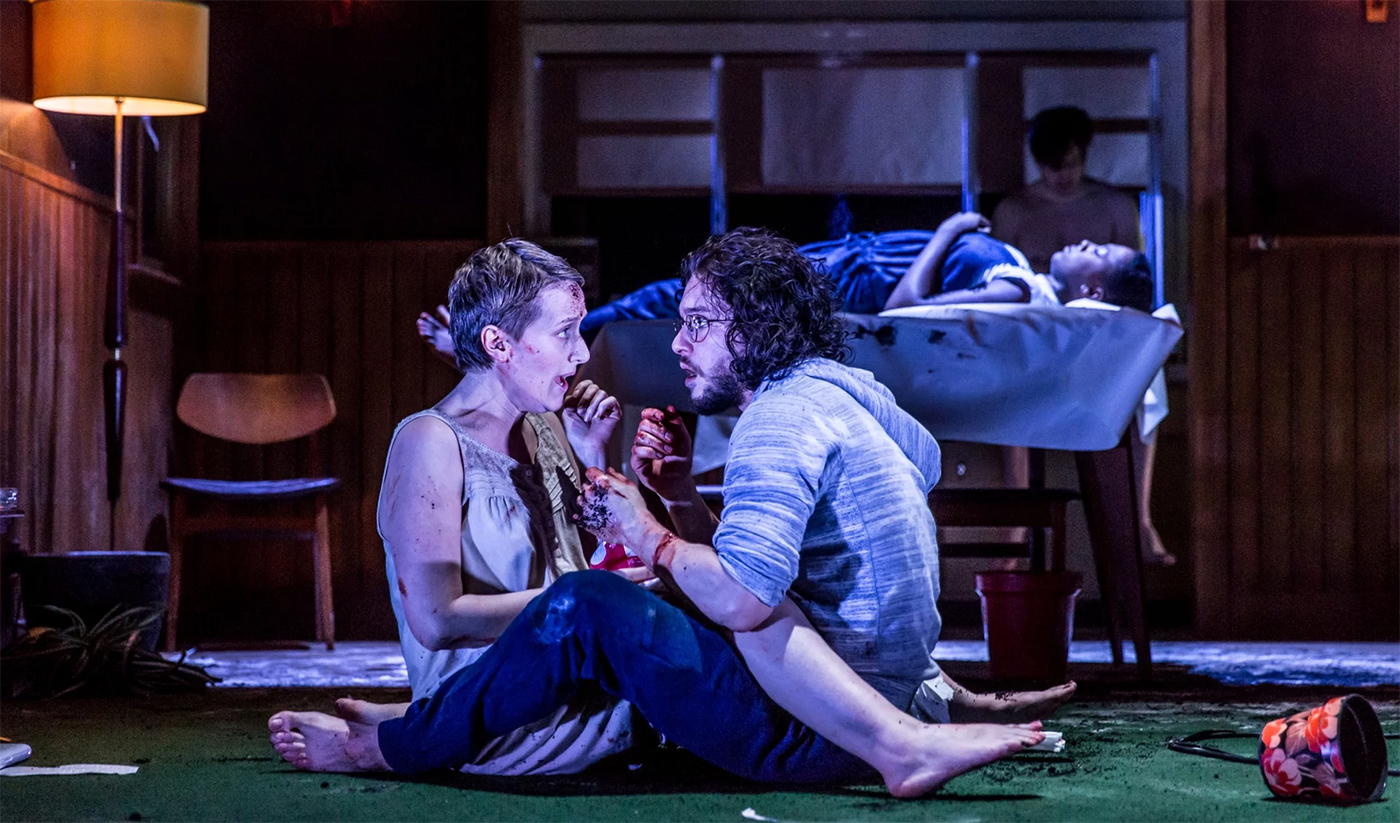 But soon enough it started making sense even to us non-native English speakers. He’s selling his soul to Satan, check. These creepy fellas around him are demons or possibly the seven deadly sins, check. Oh, and here comes Lucifer himself (and is played by the brilliant Forbes Masson, who we’ve also seen on stage as some sort of electric Jesus in The Ruling Class last year!).

And from there, Doctor Faustus just got more and more amazing.

Super intense acting, brilliant stage design, two highly entertaining monologues of madness by Tom Edden, and the subtle, itching, irritating control Russell’s Mephistopheles has over Harington’s Faustus. Watching Doctor Faustus was almost a physical experience: a couple of times we got really exhausted just by holding back the giggles.

Such craziness. Sweat, blood and rock’n’roll. All this combined and presenting the big question: are fame and fortune really worth giving up one’s soul? 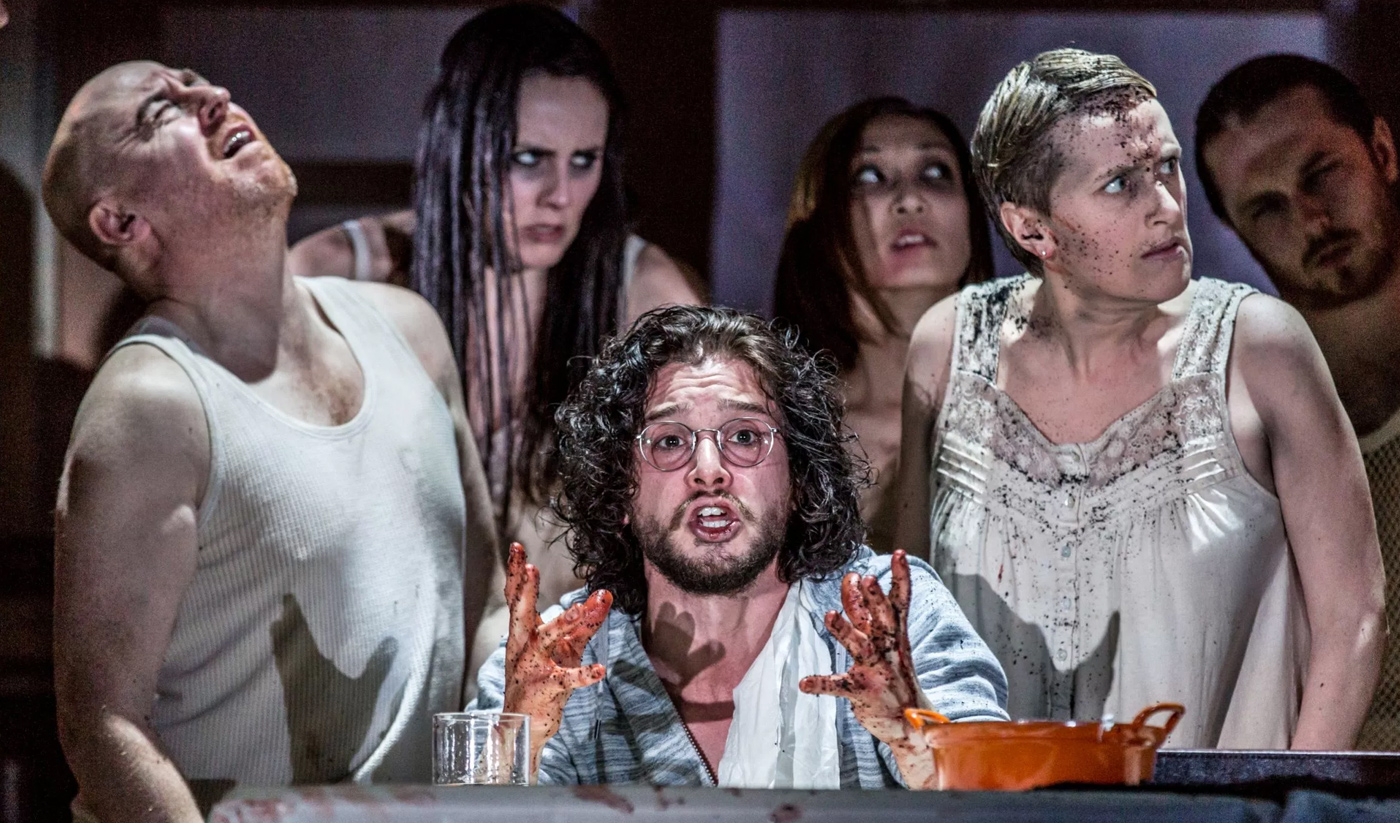 Doctor Faustus leading us away from our comfort zones

We saw this as a great role choice for Kit Harington. Faustus’ restless energy is a welcome change to Jon Snow‘s brooding tranquility and heartbreaking sadfaces. Watching him go from the obsessed state of mind of devil worship to the energy of a modern rock star of black magic was a really entertaining experience.

The crazy production that is Doctor Faustus took us on a wild ride, introducing to us a man obsessed with fame and in the end, revealing his helplessness and fear at the mercy of greater powers. Plus, there’s an impossible love story.

Surely a story like that can’t have a happy ending, can it? 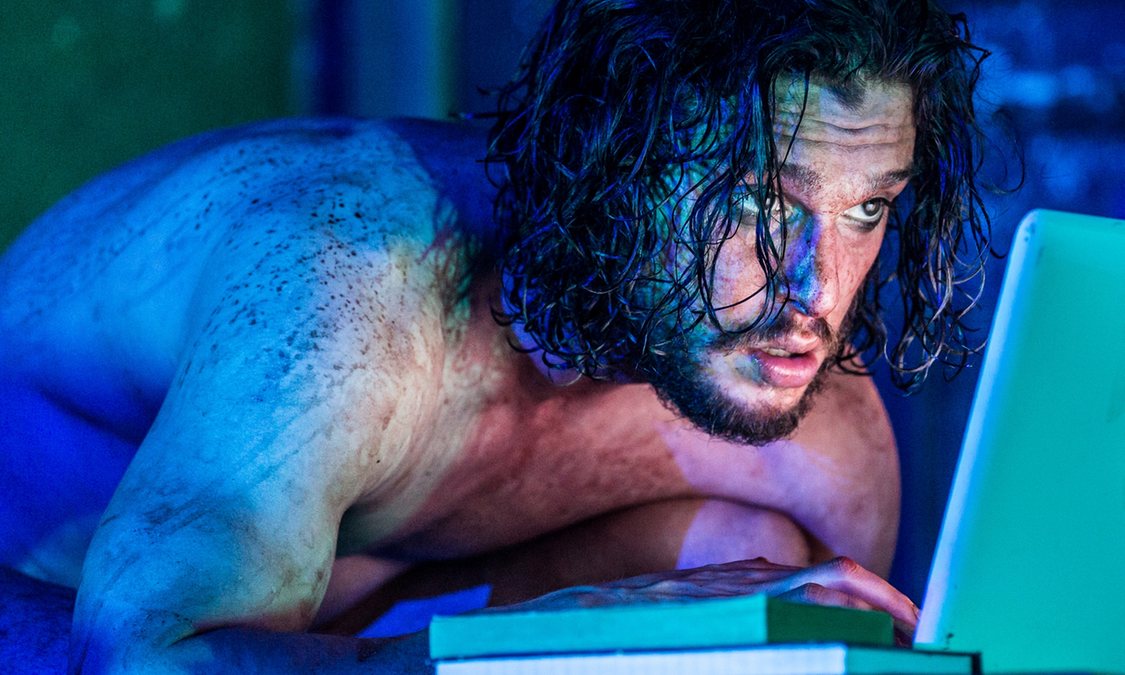 (By the way, we totally want to buy those fan shirts with Kit’s/Faustus’ face printed on them. If the demons can pull those off, so can we fangirls!)

After the play and an enthusiastic, loving standing ovation, we headed out to see if there was any possibility of actually meeting Kit. And oh, to lucky us, the answer was yes. Not only did we manage to cheer most of the cast on their way as they were leaving the theatre, but also got our moment of small talk and a selfie with the main star.

We had with us our Game of Thrones sceneframe for him to sign and he instantly realised what the photo was about. He considered it for a moment and then asked if we really went to that forest. 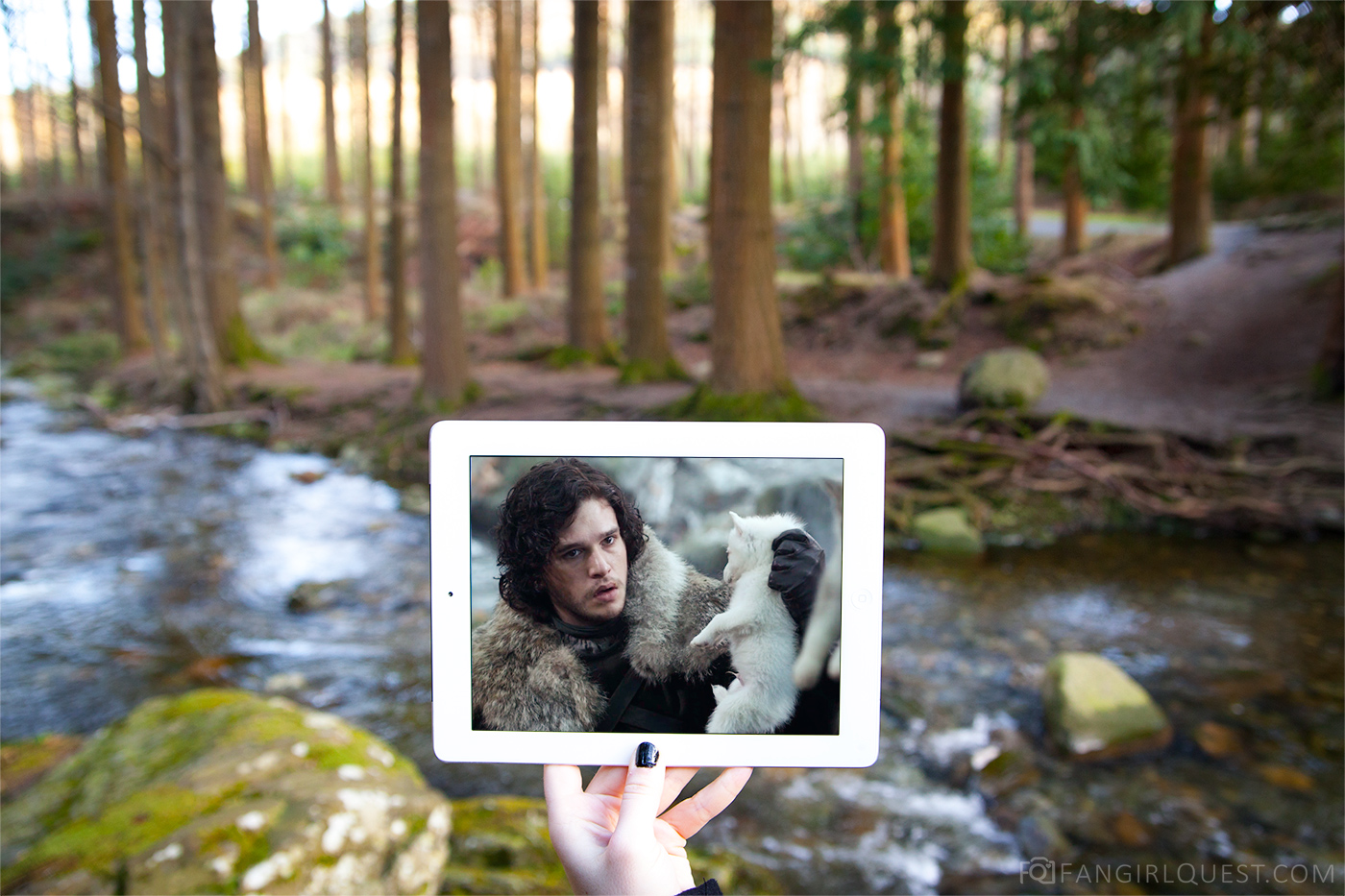 Kit Harington starring in our sceneframe from Northern Ireland

“It’s beautiful there, isn’t it?!” he said excitedly before signing it. (You can see the signed photo in our tweet from that night!)

After our brief moment with him, we made way for other fans. Kit spent a good while mingling with the front rows, and we just stood in the back watching all the happy faces emerging from the crowd.

What a sweetheart! What a night! The play was incredible (no matter what some grumpyass critics say) and we only wish we could see it again. And definitely recommend the rest of y’all to see it as well! 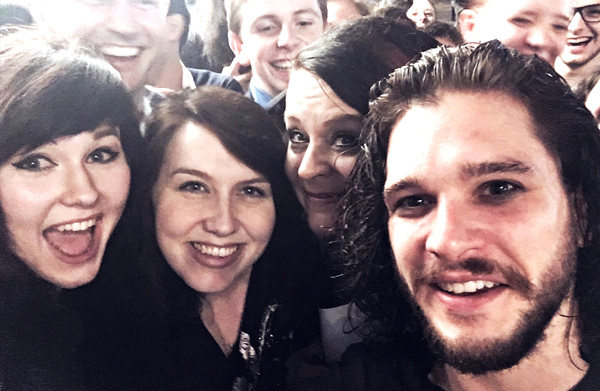 Looksie, it is Jon Snow with guyliner taking selfies with Tiia’s phone!

Doctor Faustus runs until June 25th 2016 in the Duke of York’s Theatre. Read more about the cast and creative crew on their website and follow the links there to find tickets.

All stage photos by Marc Brenner