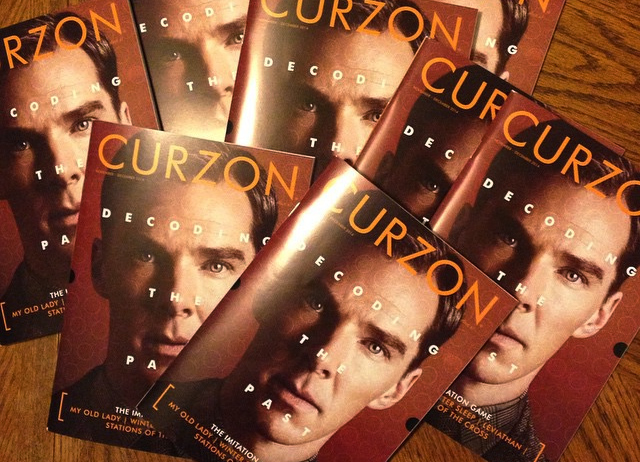 Curzon Cinemas are now screening The Imitation Game in the UK! There’s also a very special Imitation Game Exhibition at their Mayfair theatre in London which we advice not to miss!

The exhibition is free and open to all who visit the cinema. There are special character posters and stills from the film featuring Benedict Cumberbatch and Keira Knightley, plus a timeline of Alan Turing’s life.

Curzon Mayfair, built in 1934, is one of London’s historic cinemas and it’s a great venue particularly for period films, as it still has many of the original features.

You can read more about Curzon Cinemas and book your tickets to see The Imitation Game on their website.

In celebration of The Imitation Game we’re giving away a bunch of gorgeous Curzon magazines with Benedict Cumberbatch on the cover!

The competition is open worldwide.

The Imitation Game on IMDb
Our thoughts on the movie