The Best Views In London (With Photos!)

We just recently saw Thor: Ragnarok and absolutely adored it! It should be impossible for the Avengers gang to be able to entertain us so much after so many movies, but ‘lo and behold… they 100% still do. Of course, as enthusiastic film tourists, we wanted to build a complete list of Thor: Ragnarok filming locations for easy access. Who knows, maybe these will be useful in our own future travels!

Warning! Spoilers ahead! We won’t give away any major plot twists or specific descriptions of the movie, but we will have to mention a few descriptions of scenes to help viewers connect the Thor: Ragnarok scenes to the actual locations.

The colourful, amazing Planet Sakaar is a set at the Village Roadhouse Studios. This was not the only set built at the studios: 36 filming sets, including some massive ones, were built by hundreds of workes to give the actors a more realistic feel to work with. Thor: Ragnarok occupied all nine of Village Roadshow sound stages. 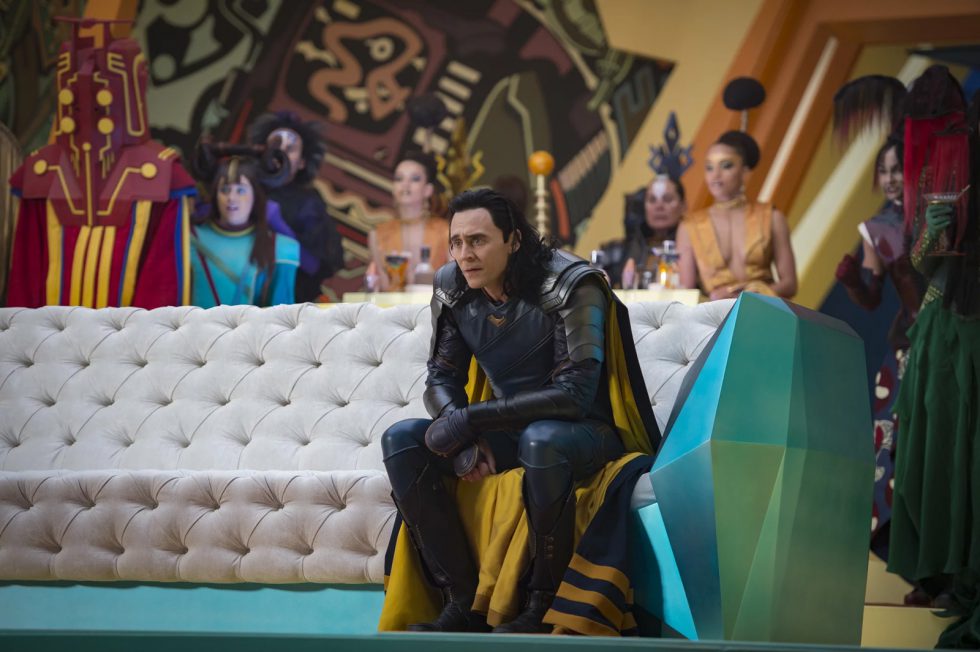 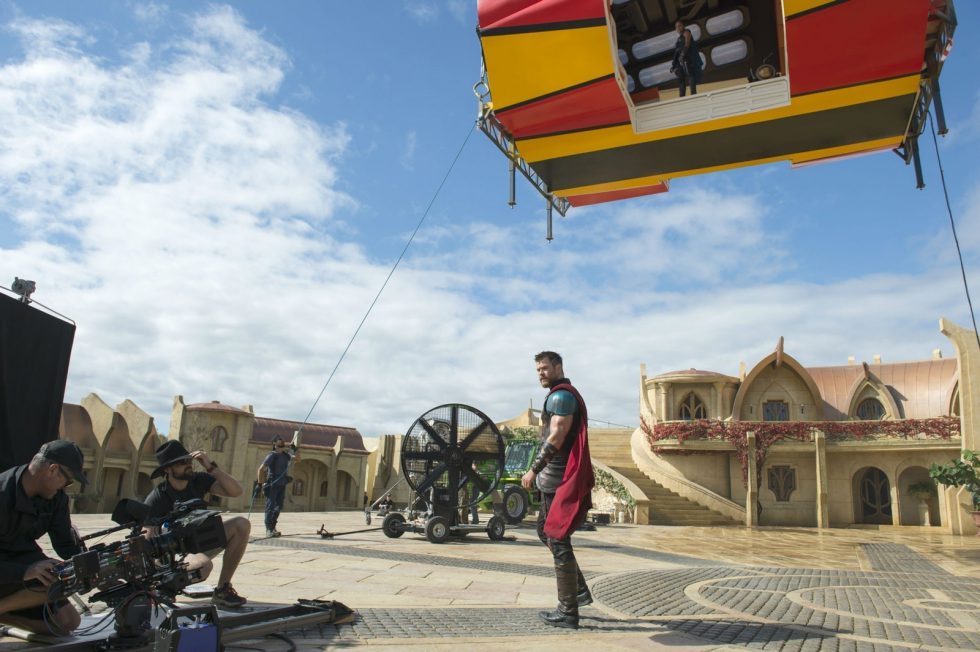 Scenes: the intergalactic dump where Thor lands after being kicked out of Bifrost by his sister Hela. We later come back to the dump for one of the last scenes featuring Jeff Goldblum’s hilarious character, Grandmaster. The Oxenford Quarry is located near the studios.

Thor’s first look at the galactic dump, an Australian quarry in real life. 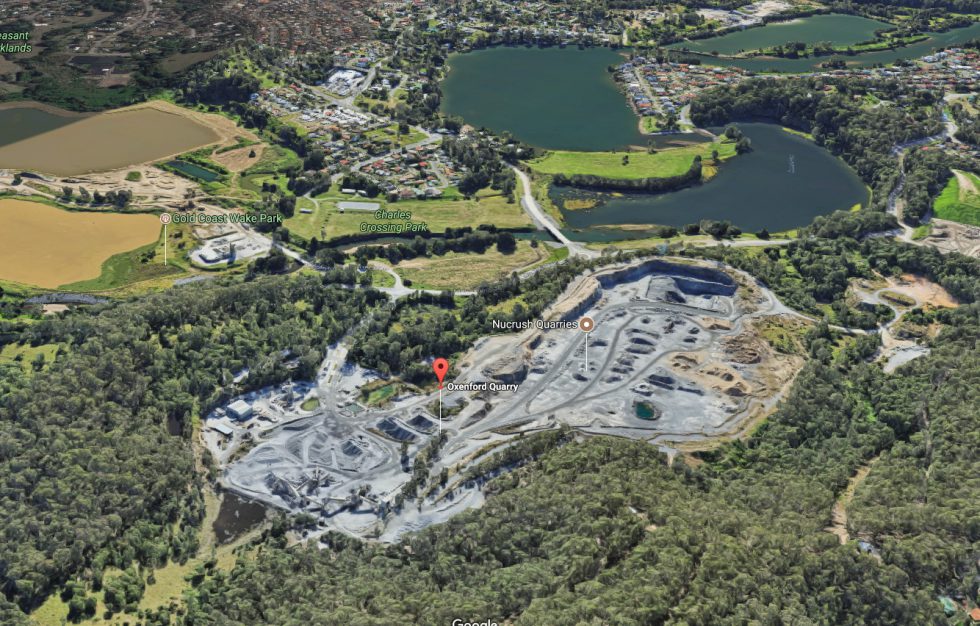 Chris Hemsworth & director Taika Waititi posted a heartfelt support message for the people at Standing Rock while filming Thor: Ragnarok at the Oxenford Quarry. You can read the full message on Chris’ Instagram here. 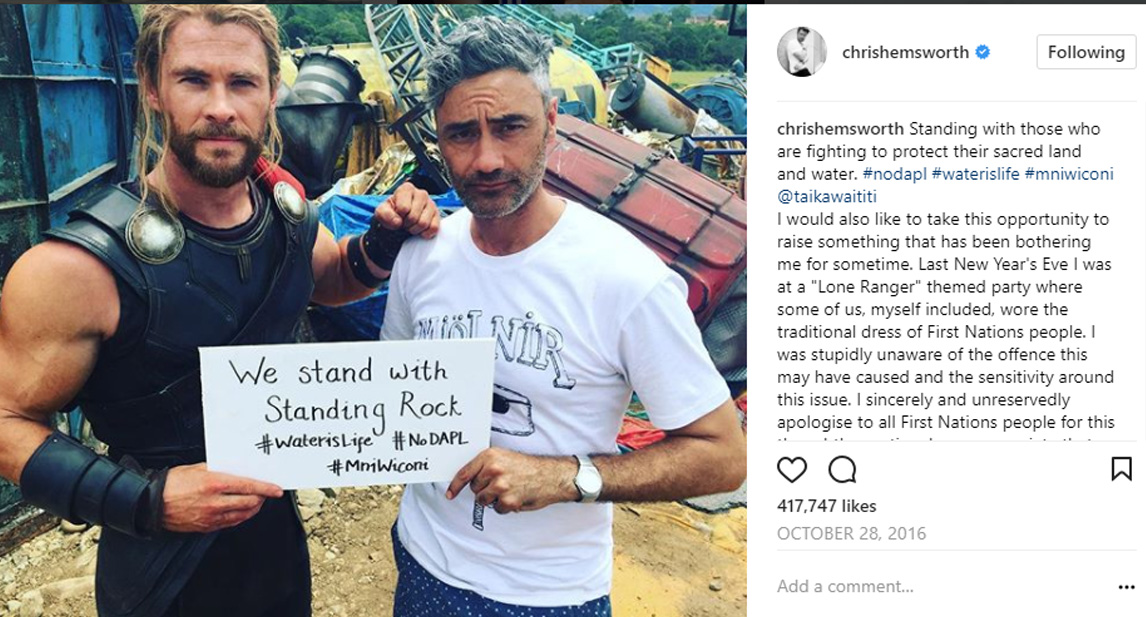 This alley scene with Thor, Hela and Mjölnir appears in one of the trailers as seen below, but in the movie, that same scene actually takes places on a very different looking location. Mary Street in Brisbane was shut down for four days while Thor: Ragnarok crew filmed in the alley. Masses of fans got to see some of the action and some were even lucky enough to meet Chris Hemsworth and Tom Hiddleston in person (see fan video).

Another New York street scene features the brothers on a street corner, looking at a building being demolished, also filmed in Brisbane. Hemsworth and Hiddleston in New York, actually in Brisbane

Apparently, it took 450 construction workers 4 months to complete the incredible outdoors set of Asgard. Which absolutely sounds like something they should keep around (unless already destroyed) for film fans such us ourselves, because we would definitely pay an entrance fee for that… wouldn’t you?

Now this looks like a filming location that we’d love to visit! The forest where Heimdall leads the Asgardians to save them from Hela looks incredible and this really cool shot of Heimdall shows some very recognizable waterfalls in the background. According to this cool blog post you can actually go for a little swim in these waters! 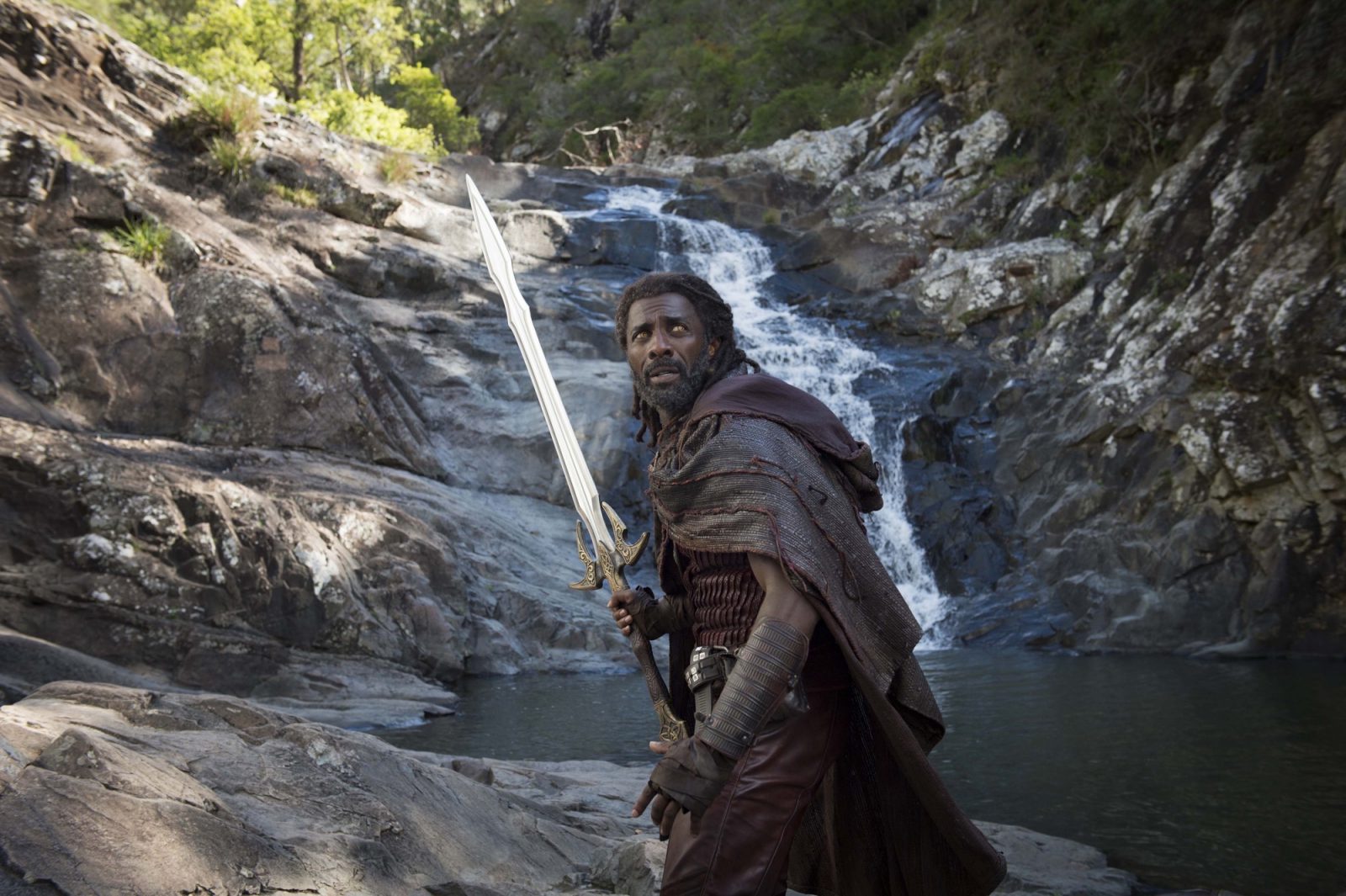 Heimdall in the Asgardian forest, leading his people to safety.

The heartbreaking scene with Odin and his boys, later with Hela and then Thor alone were staged in a field in Atlanta. A photo from Norway’s Lofoten Islands was used as reference for the cliff and ocean view. Anthony Hopkins’ childhood home, Port Talbot in Wales, gave the scene it’s coastal topology.

This has been debated a lot, but until we’ll talk to someone who worked on both the field where they filmed and inside the editing room after, there’s no way we can know for 100% sure :)

Big thanks for the information to @MCULocations on Twitter!

Thor and Loki face off with Hela on a beach

Thor and Loki face off with Hela on a beach

Some of the Thor: Ragnarok reshoots were filmed in Atlanta, Georgia.

We’ll be adding more locations later, if any new information comes along! If you spot any mistakes or have something to add, do leave a comment underneath and we’ll look into it! :)

Set photos and more on Atlas of Wonders

A lot of cool aerial photos of the Thor: Ragnarok set and structures