Tonight, the hiatus is over and one of the greatest shows on television returns as the premiere episode of the Walking Dead season 7 airs.

We’ll finally get the answer to the question we really don’t want to get the answer to: Who will die? The series left off with a killer of a cliffhanger as the new baddie Negan (played by Jeffrey Dean Morgan) was beating the life out of one of the characters we’ve all grown to love by now.

The cast and creatives haven’t been very comforting during the hiatus, either. We took a look at some of the teasers and fan reactions to tonight’s episode.

1. Well, first of all, the sneak peek to the season premiere doesn’t promise much good.

2. Producer Gale Anne Hurd just wants us to know that no-one is safe

“There’s Going to Be an Expiration Date for Everybody.” –Time.com

3. Chandler Riggs is a mean troll and should be put on Santa’s naughty list for good

4. And while we’re at it, let’s just add their social media team on the naughty list as well 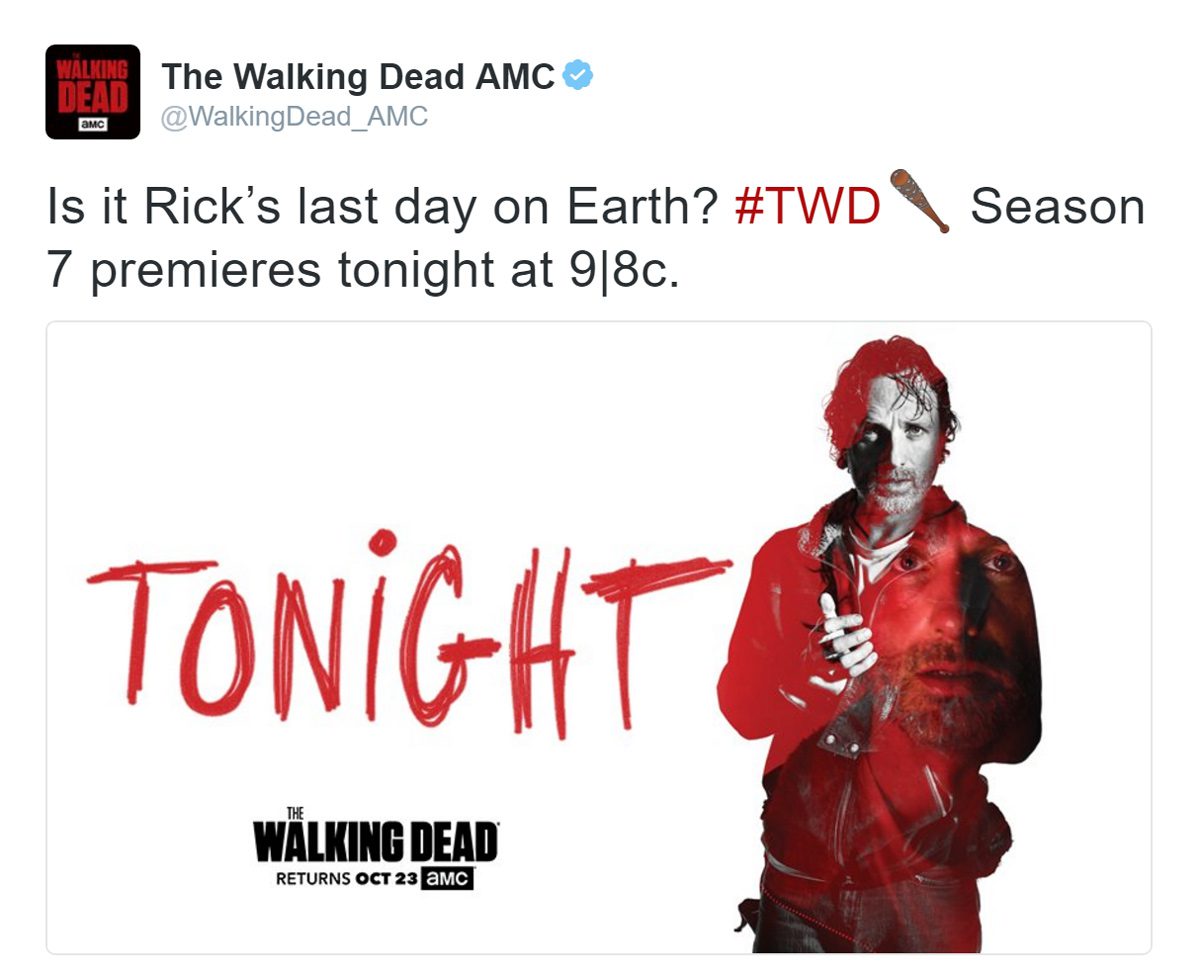 Lol yea nope. One does not touch a hair on Rick’s head ok? Ok. (Aw but look you get a little Lucille when you tag your tweets with #TWD, how nice.)

5. Also their newsletter copywriter needs to go. Along with Nicotero. 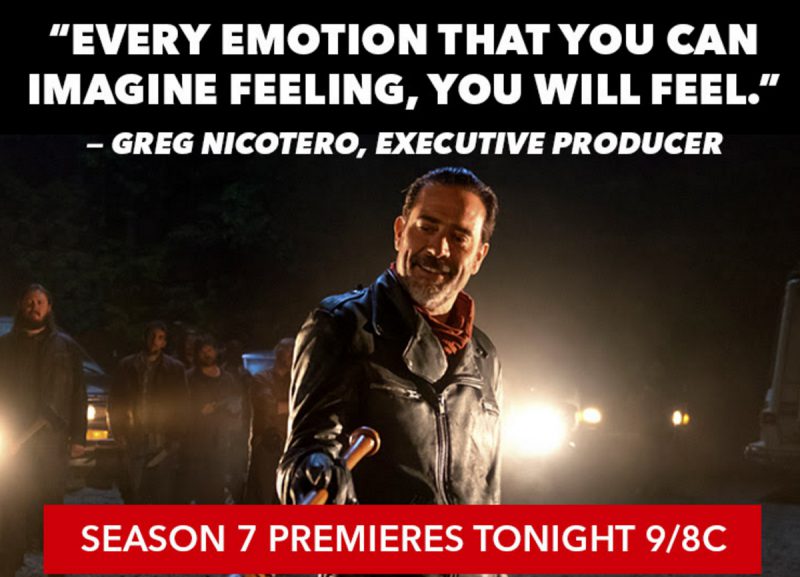 6. This headline by Forbes is asking a question we all already have the answer to (it’s “no-one”.)

7. This collection of official portraits only shows one man smiling…

Which was to be expected. But it still scares the crap out of us. 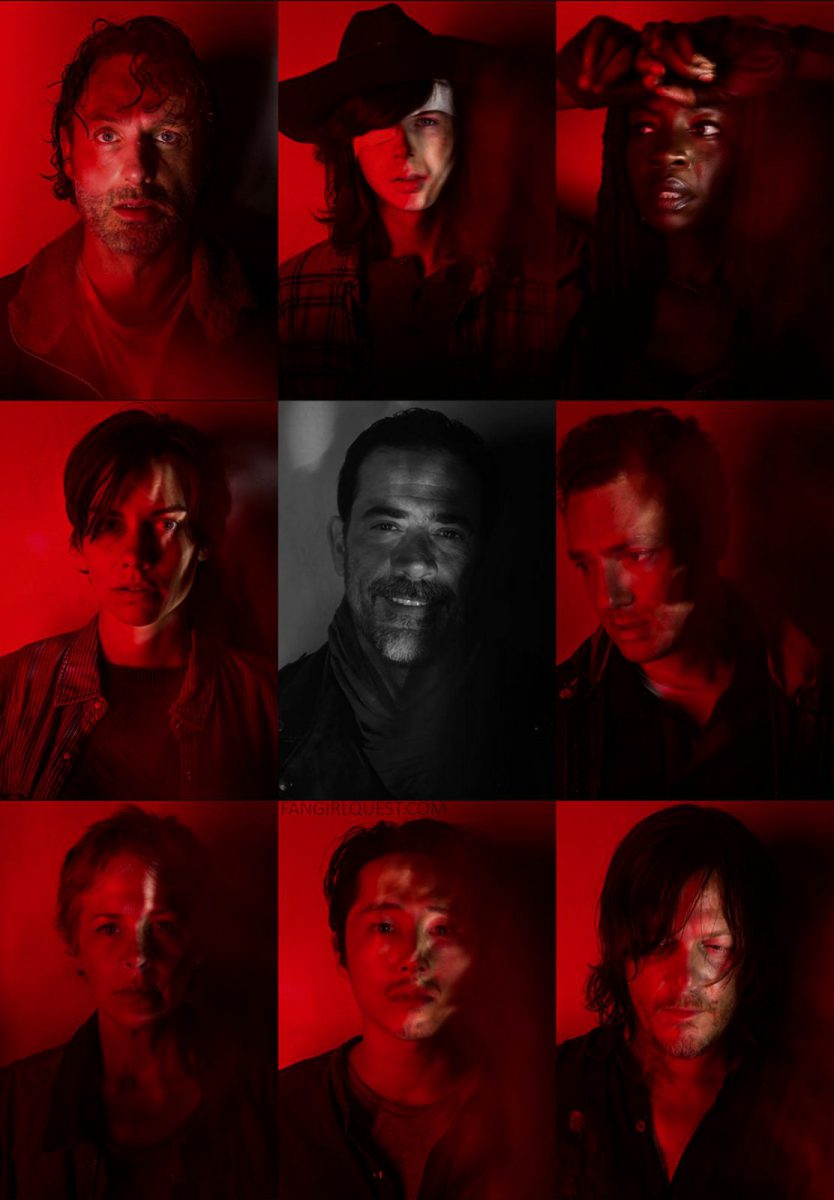 8. So the fans are getting pretty nervous by now. Some are just really worried for their favorites…

today i ran into two women.  one had a daryl wallet and the other a rick shirt – both incredibly excited for tomorrow, and all i could think was, “what must it be like to know your faves are always safe…?”

9. While others are sweating profusely. 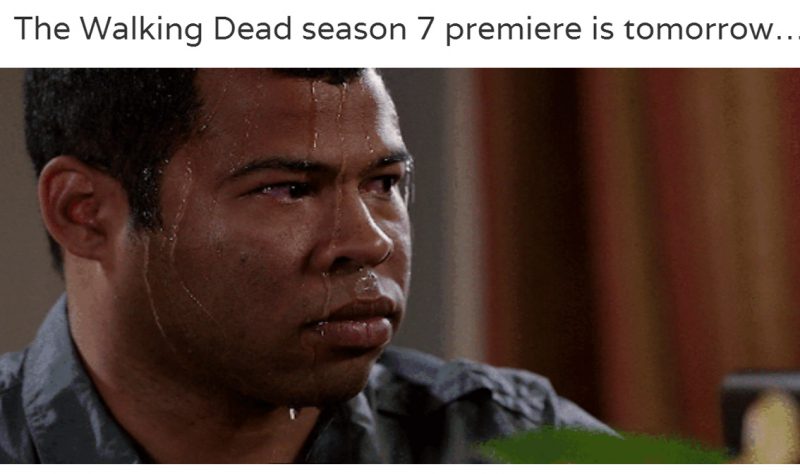 10. Some are worried the show will affect their studies

11. While others are just having really mixed feelings about the show’s return 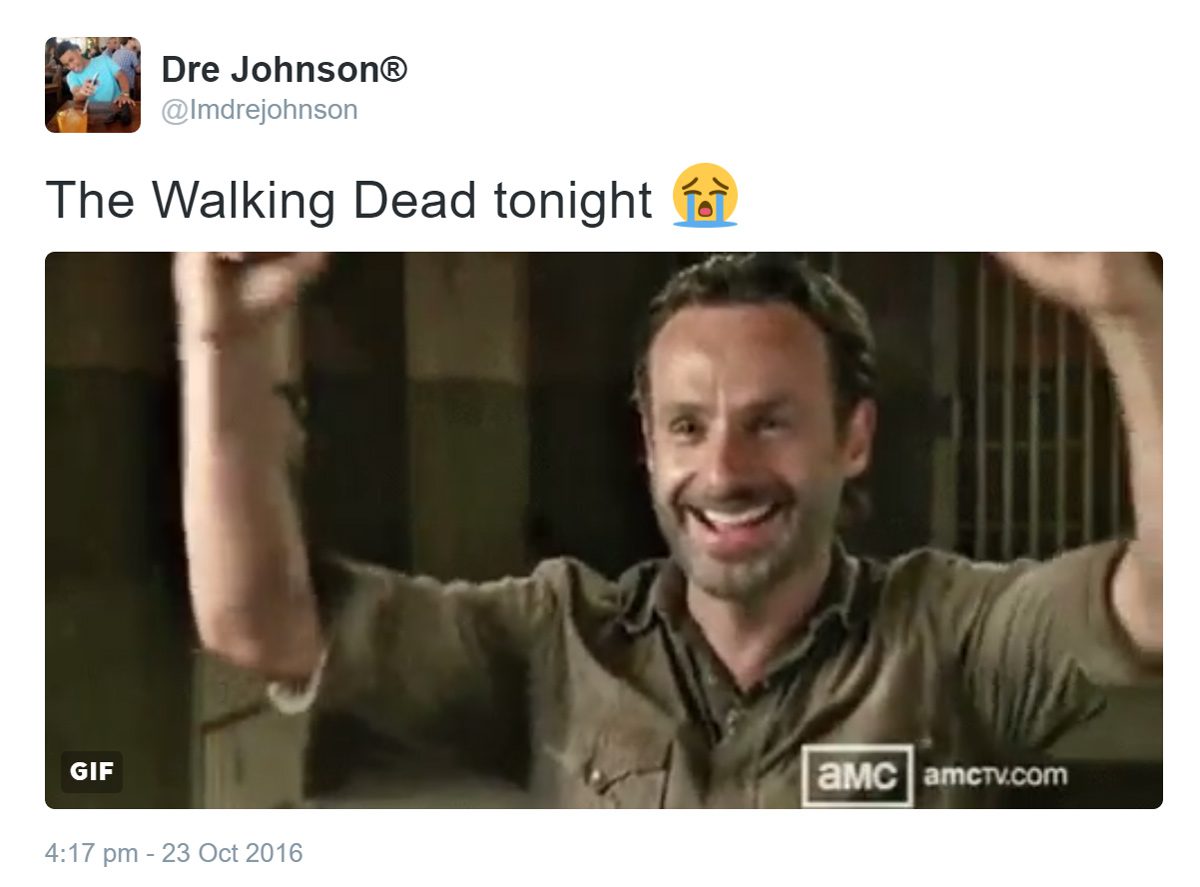 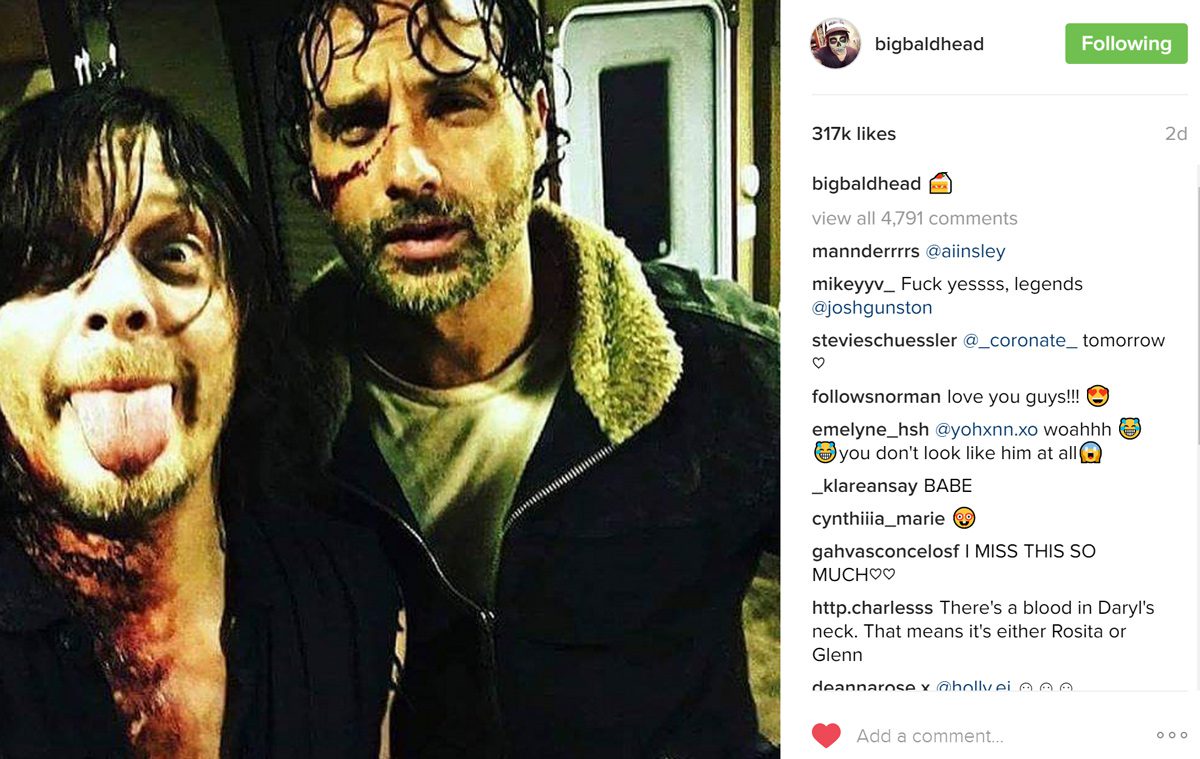 13. We agree with Maya here: a support group is desperately needed tonight

14. But after the episode has aired it’s important to remember that Jeffrey Dean Morgan (Negan) is a really nice guy

We really shouldn’t hate the actor for his character’s shenanigans.

So just know, TWD fans… you’re not alone in this. We’re all panicking just as much as you are.