Movies we adored: The Hobbit: The Desolation of Smaug

Loki Cosplay Competition At The Premiere Of Thor: The Dark World

October 22nd, 2013 was a super special day for us and all our fellow fans of The Avengers and the brilliant characters of Marvel. We spent a whole day queueing for the red carpet event of Thor: The Dark World in the October cold in London and boy, we have no regrets. We saw the cast, we saw a Loki cosplay competition and we walked home with a box of Avengers Legos! 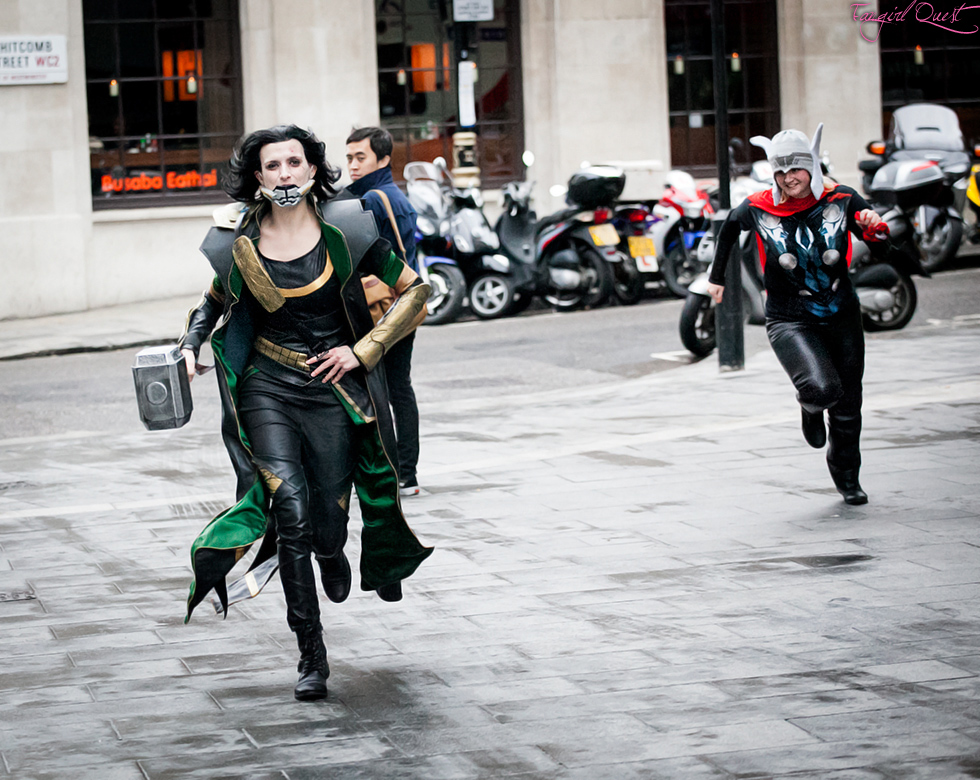 Wait up, Loki, you thief! Give back Thor’s hammer!

We met some amazing fellow fans during the day, ate at the nearby cafes, tried to stay warm by mostly jumping up and down and laughing and photographed many, many brilliant cosplays feat. Loki and Thor. Mostly, we photographed the Lokis… there were many Lokis there that day.

And of course, the real Thor and Loki made an appearance. 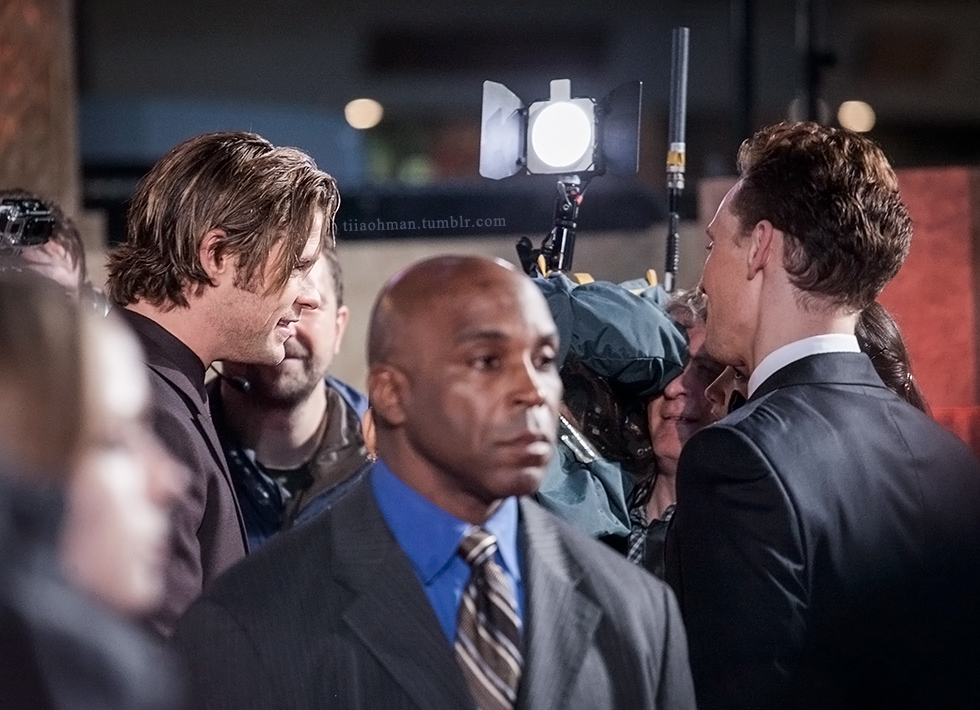 Chris Hemsworth and Tom Hiddleston share a chat under the camera lights in London.

When the red carpet festivities finally started, we managed to get decent spots and kept spotting many cast members including Chris Hemsworth, Tom Hiddleston, Natalie Portman and Kat Dennings. Even though Joss Whedon didn’t direct this Avengers flick, he made an appearance. Tiia even got her Mjölnir replica signed by him and Christopher Eccleston and won a full set of Avengers legos in a random competition ran by the event host right there and then! 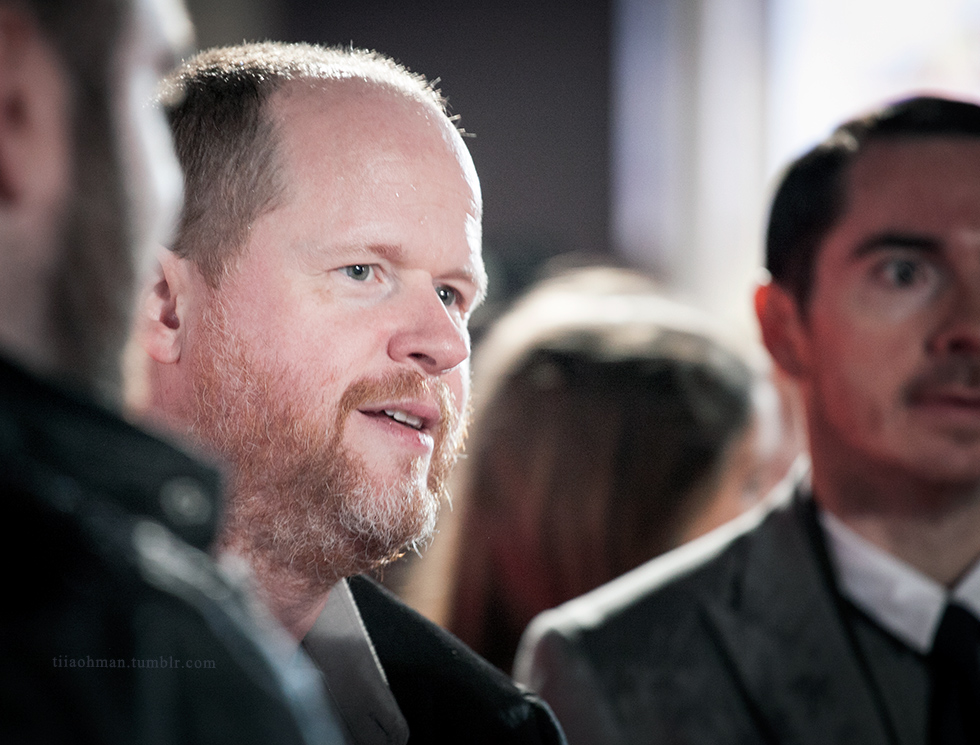 Joss Whedon at the premiere for Thor: The Dark World in London 2013 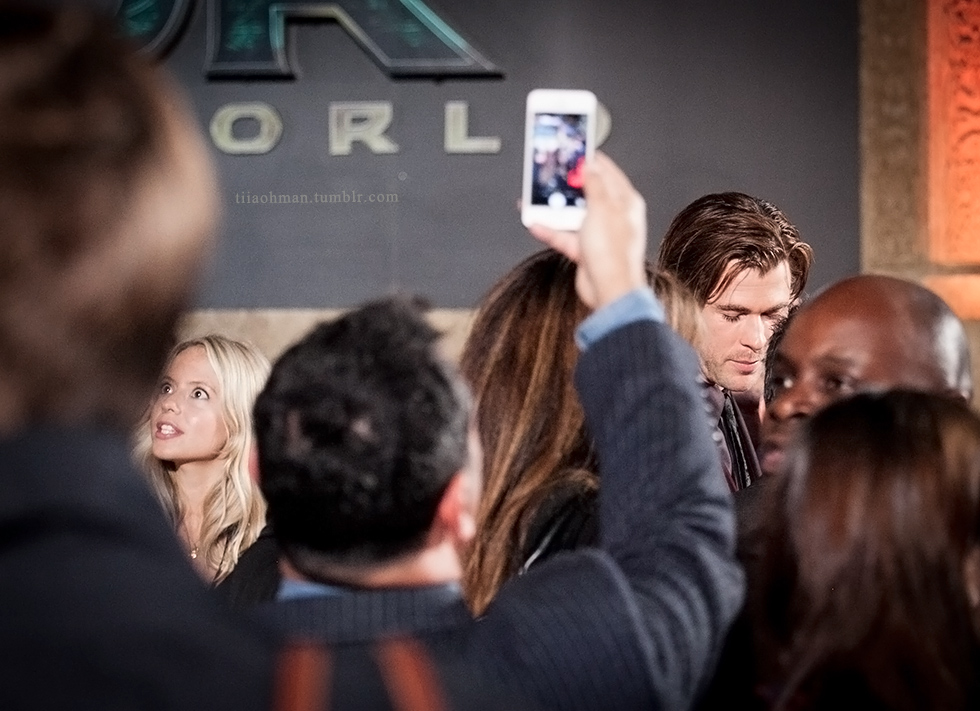 If you look closely, you can spot Thor. 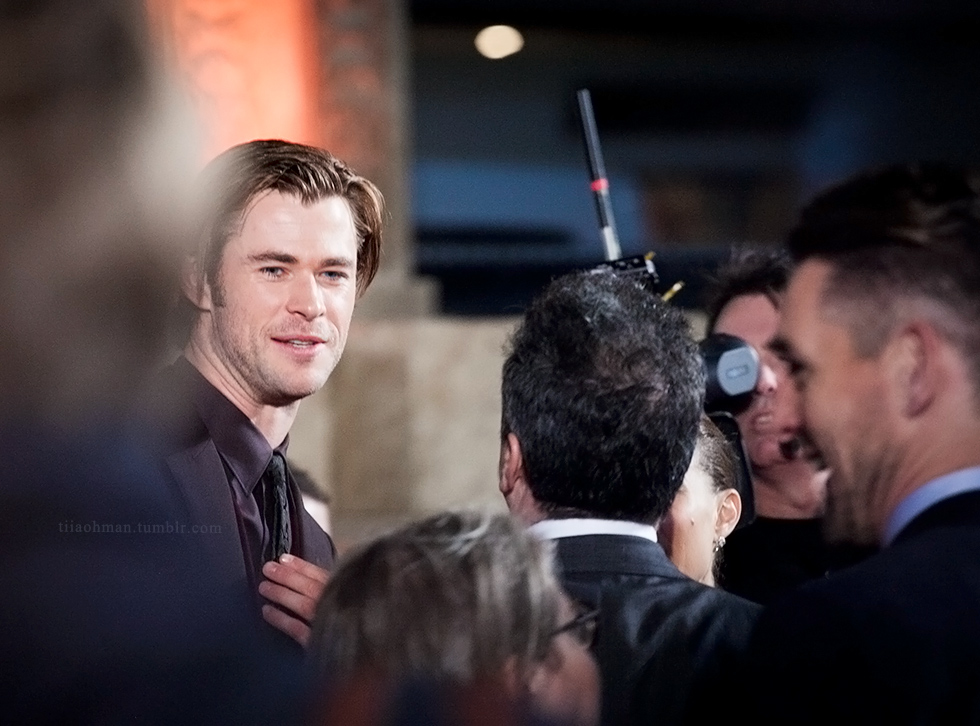 Chris Hemsworth smiles on the red carpet for Thor: The Dark World. 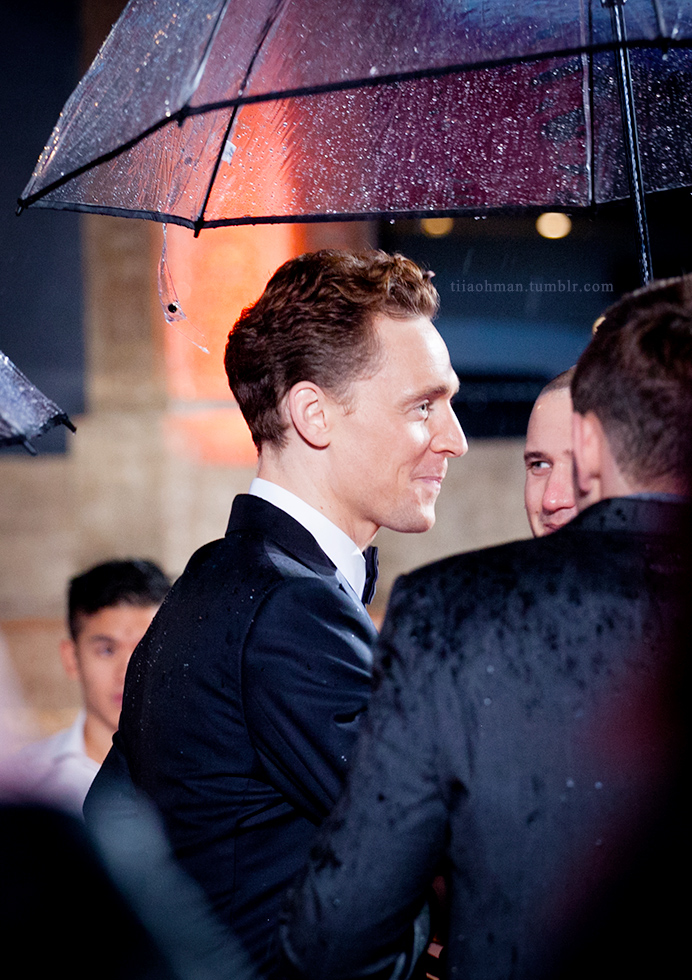 During the event, they organized a whole competition for all the talented cosplayers. And ooh! The Lokis got lucky and had the original Loki to judge their outfits. And who did Tom Hiddleston pick as the winner of the Loki cosplay competition winner? …Well, everyone. What else would you expect from Tom Hiddleston? 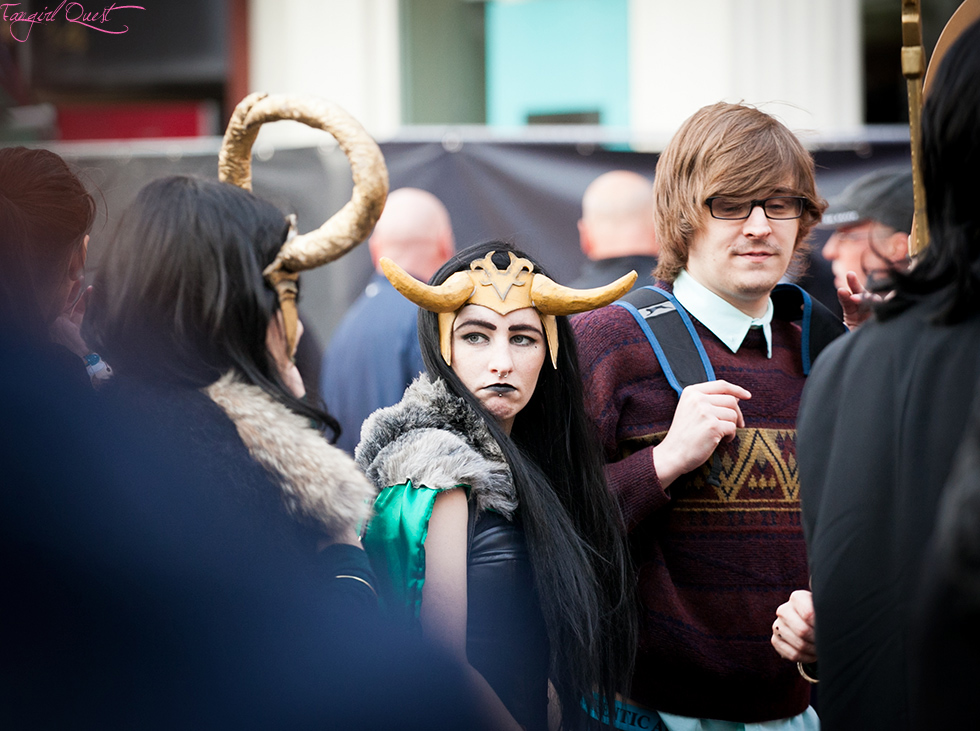 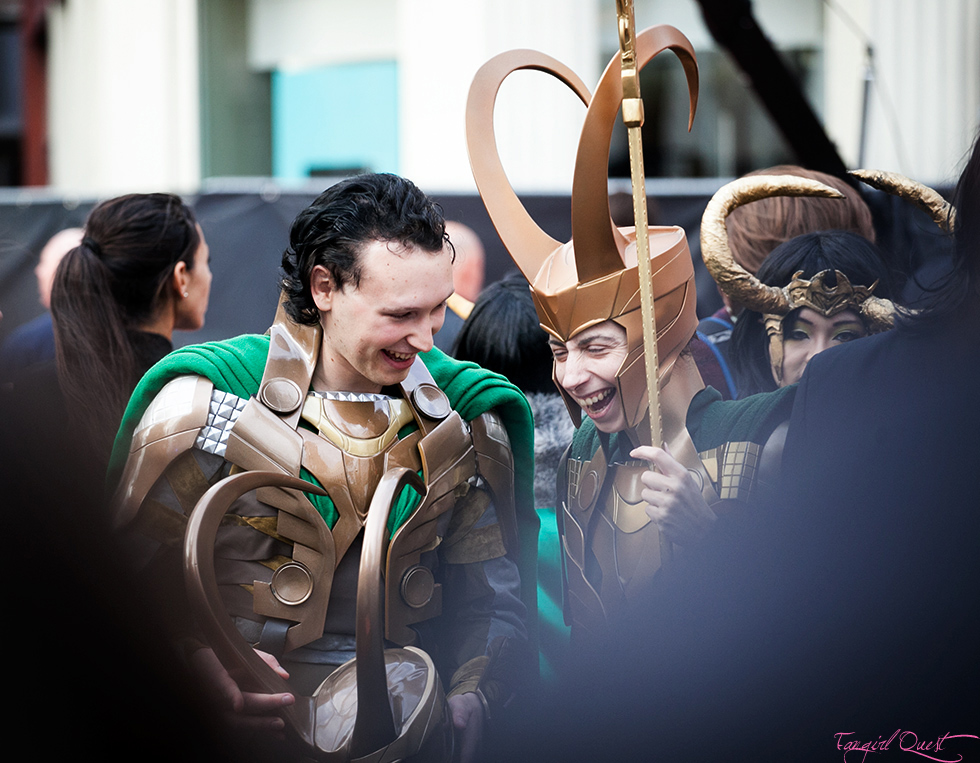 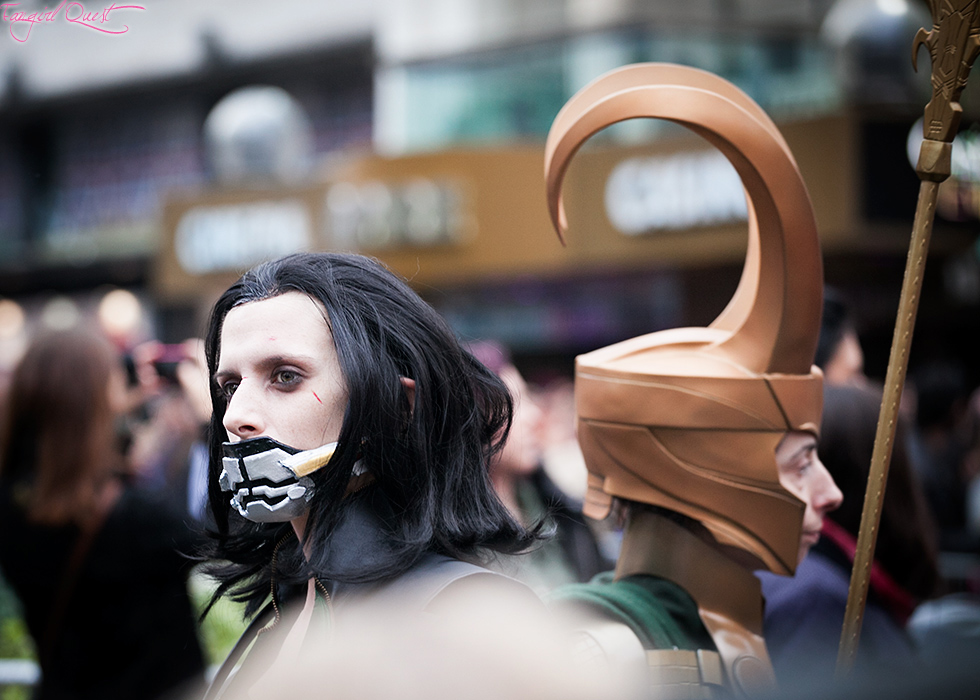 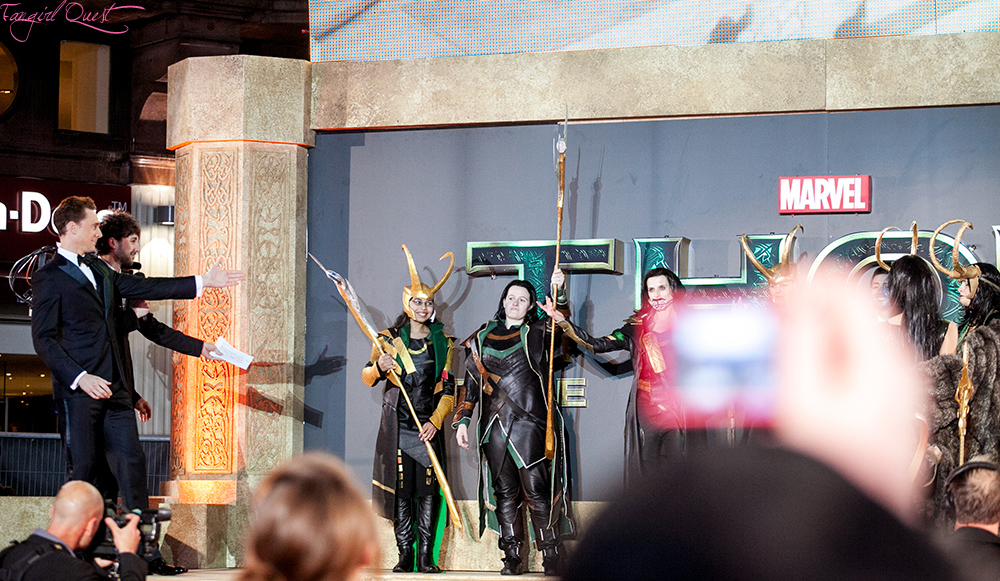