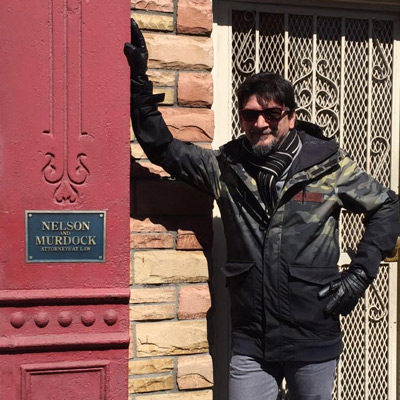 This is our favorite thing this week. Or maybe even this year. It’s a tribute to the Daredevil fandom and it’s another cool example of how this location travel thing is not just something we alone do — it’s actually a phenomenon that’s happening around the world.

Whenever we visit a location of a popular show or a movie, we bump into other fans. Well, maybe not in the Breaking Bad desert, but definitely at Walter White‘s house and other easily accessible, famous spots.

We also receive a lot of excited messages and tweets from fans who have been to different locations, either to thank us for sharing the information about them, or to tell them they’ve found a completely new one. But this week’s greatest fandom shenanigans were definitely delivered by a guy named Gavin.

Remember when we wrote about the Daredevil locations in New York? Our post had the detailed info on the locations plus of course, our sceneframes and other stuff.

In my opinion, they should’ve left the sign on the wall permanently. In fact, we should’ve had one engraved and just put it up there when no-one was looking, then post photos of it all innocent and tell everyone it was left there to greet all the fans who go location hopping.

The sign was actually there, of course, when the Daredevil crew was filming. But as usual, they also cleaned up after themselves to avoid altering the buildings in the neighbourhood. But come on! A tiny little plaque? That can’t hurt anyone, right?

Nelson & Murdock with Karen in front of the infamous sign.

Well, a guy named Gavin (@Gavin_Rodrigues on Twitter) read our post while visiting NYC with his girlfriend. He also sent us a lovely thank you email and told us that Daredevil is his childhood / all time favorite, and so naturally, he wanted to walk in Charlie Cox‘s footsteps during their stay.

You’re right… It would be a brilliant idea to actually make a plaque for the set of Nelson and Murdock for the fans to visit!

We had a little chat with Gavin over email and he said he could actually do it: have a sign done and take it where it belongs. We laughed and thought his efforts were adorable (and didn’t think he’d actually go through with it), but lo and behold… a couple of hours later he sent us this photo. 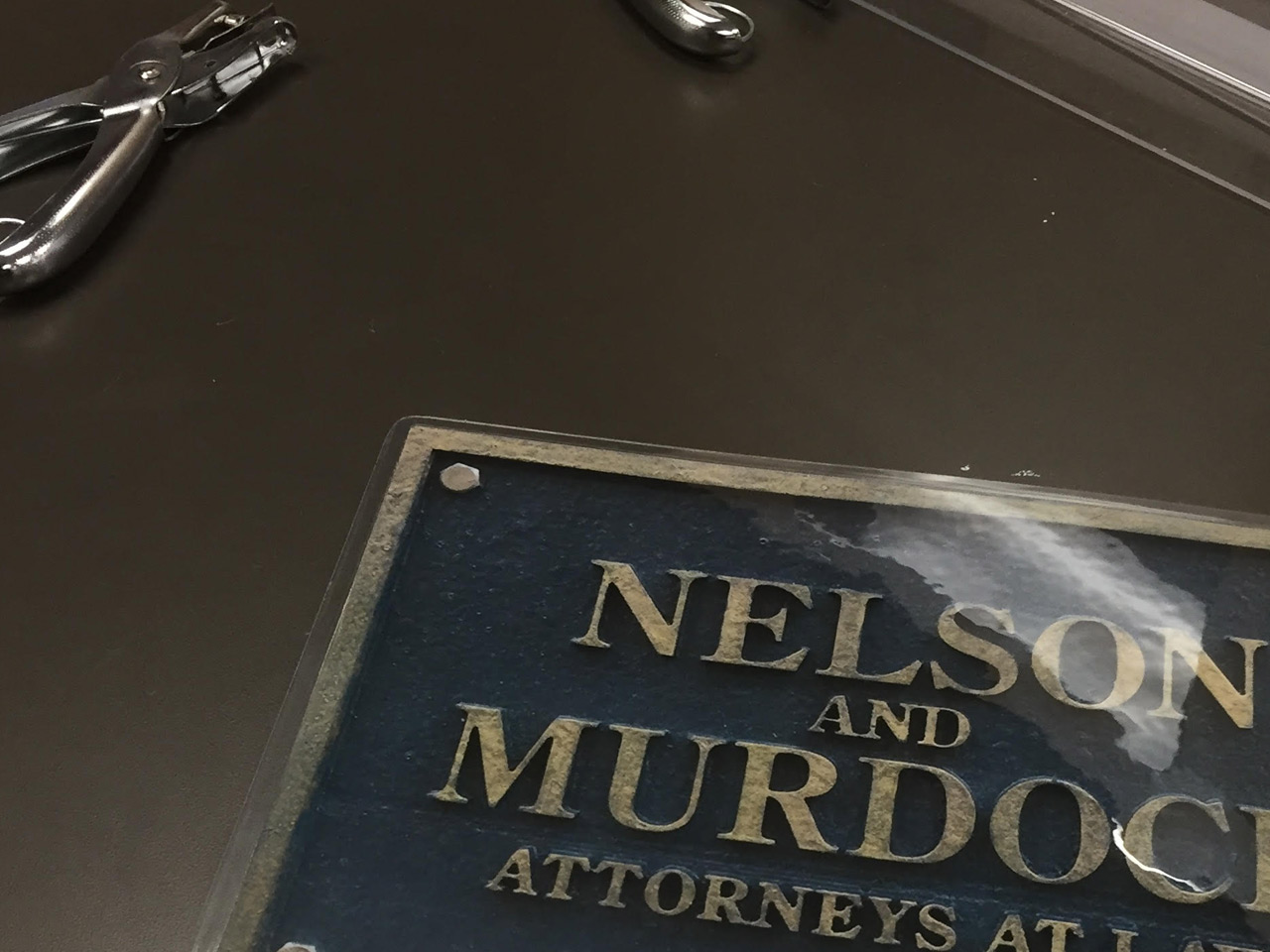 We were amazed. Here’s a man who delivers! And following his Daredevil adventures over email was just the funnest thing ever. Here were were, on the other side of the world, and someone was visiting the same locations as we were just a few months earlier. And doing what we didn’t have the chance to!

It was pretty crazy, but after reading your blog I felt I had to do it! Daredevil  was my childhood hero.

At this point, Gavin told us he’d be at the location soon. So we waited. Not long after, another email arrived and tadah! The Daredevil deed was done. The Avocados at Law were being honored in the greatest way possible. A secret Easter egg for fellow fans had been …well, not hidden, but put out there proudly. 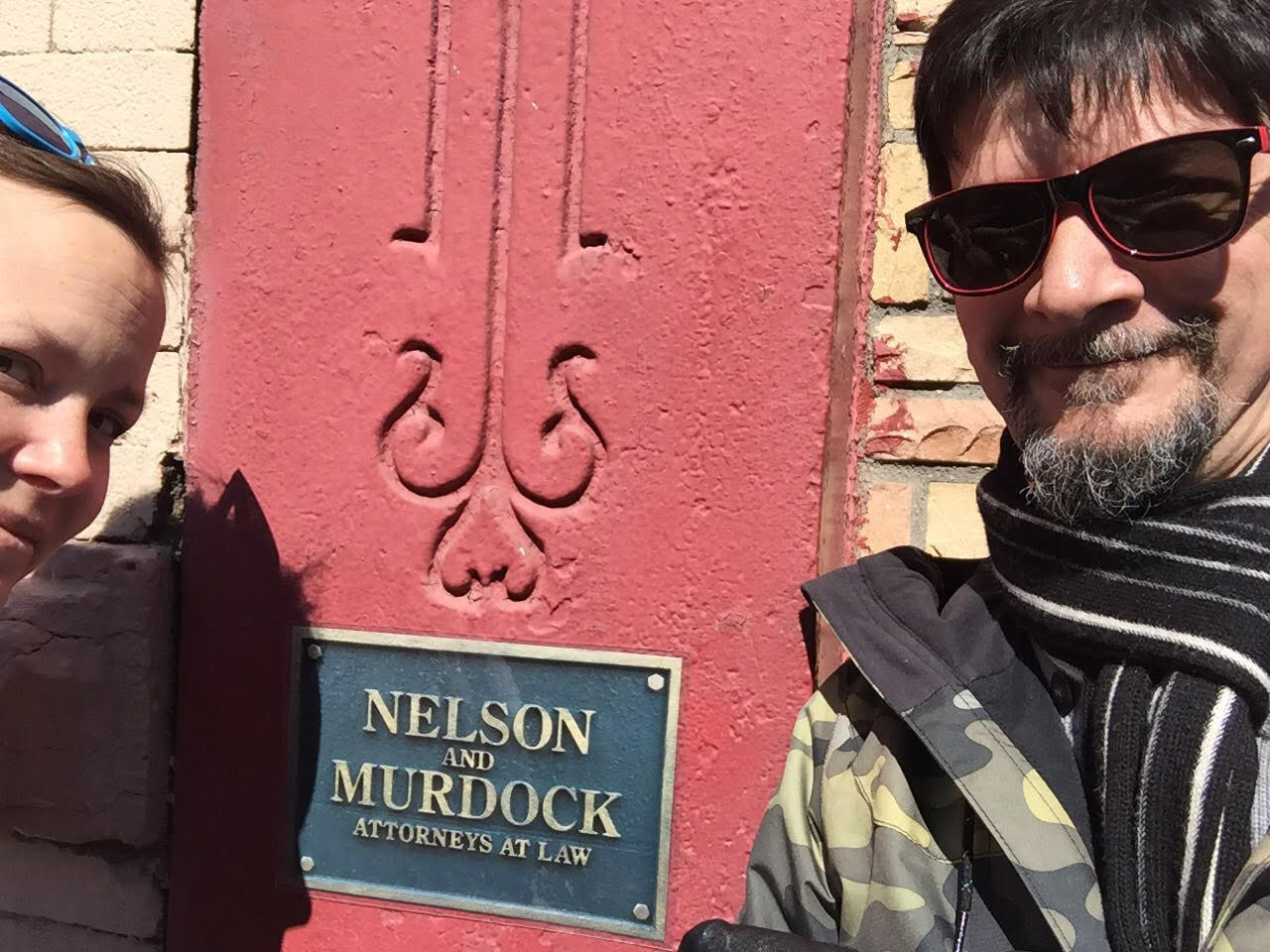 Incredible. You live that dream, Gavin. We salute you. 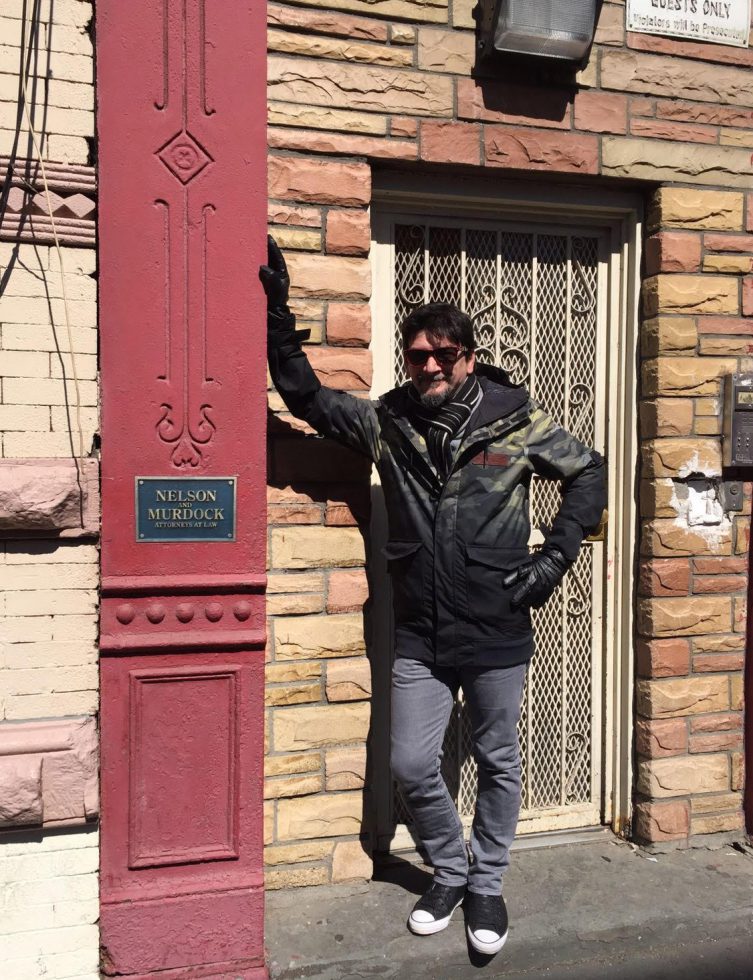 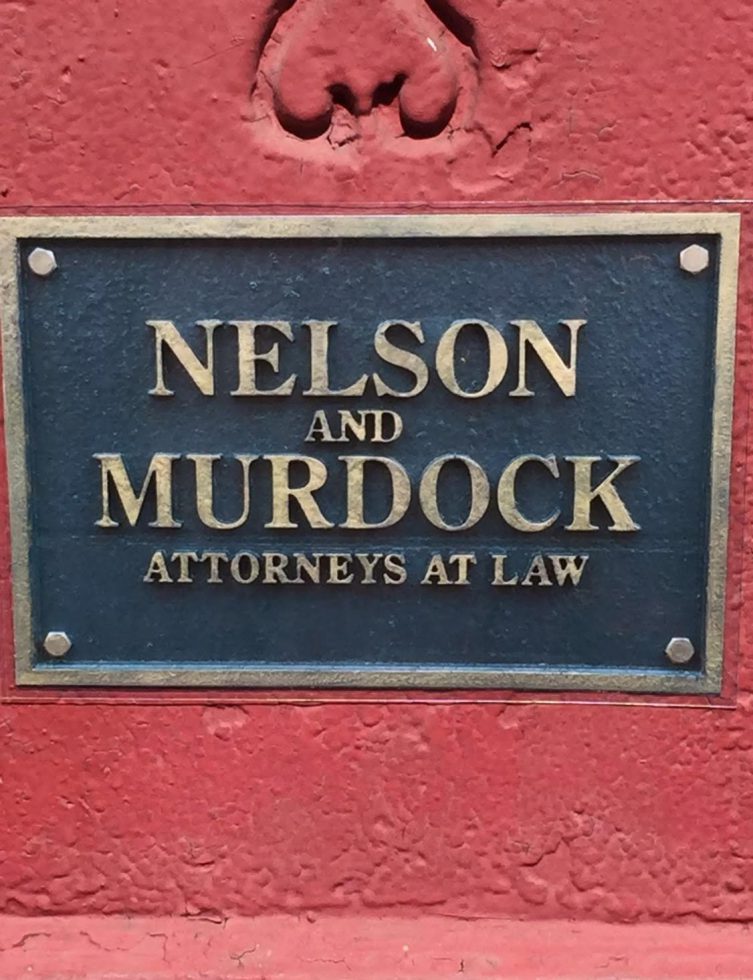