Is This The Best Sherlock Cosplay Of All Times? 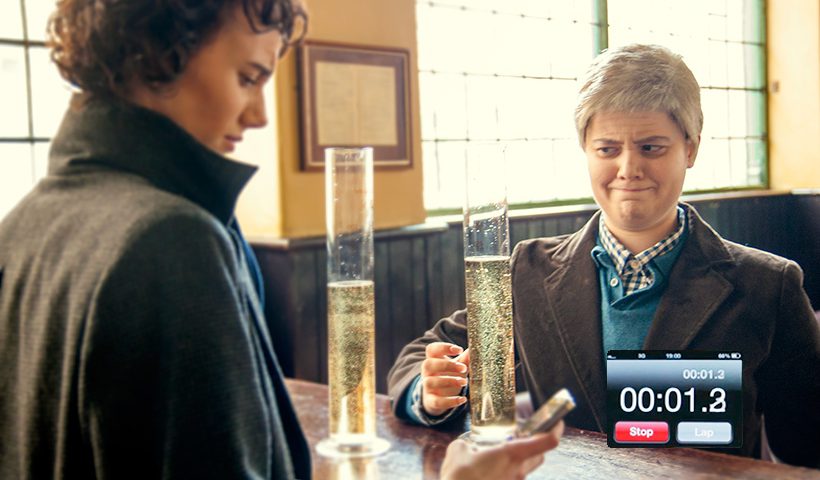 We met Irene and Charlie for the first time while watching Sherlock being filmed in Cardiff. Since we were all massive fans of the show, we kept in touch even after our fantastic day on set. We were both still living in Cardiff at the time and were quite active in the Sherlock circles and managed to catch them filming several times. Irene and Charlie were just starting with their Sherlock cosplay adventures.

The following weeks, we kept bumping into each other both in real life and on social media. Some time later, Charlie contacted Tiia and asked if she’d be up for a little photoshoot… but not just any regular kind of shoot. It was about her and Irene’s Sherlock cosplay and they had a pretty fantastic idea for it. Tiia got excited and of course, said yes.

Not only did we decide to take photos of the various outfits the girls had already bought and made back then, we also went to the actual Sherlock locations to do it. We spent a lovely day in Cardiff taking photos and looking silly while trying to get the poses exactly right to resemble the scenes from the show.  We also headed out to a cemetery in Newport for the grave photos.

The photos were later used in the Sherlocked convention’s printed programme (but they forgot to credit the photographer! Grrr!) and if I remember correctly, also spread among the show’s creatives. And why wouldn’t they… this Sherlock cosplay might just be the best you’ll ever see.

If you like what you see, you can find Irene & Charlie’s cosplay Facebook page here. Go and say hello! 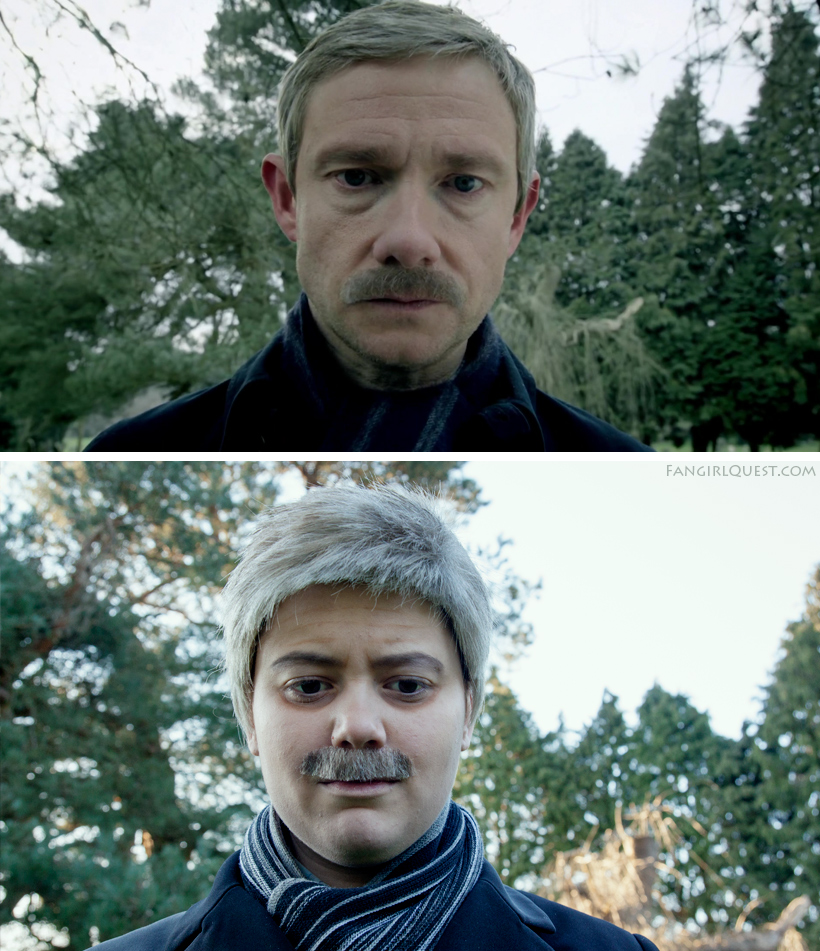 Charlie as John at Sherlock’s grave 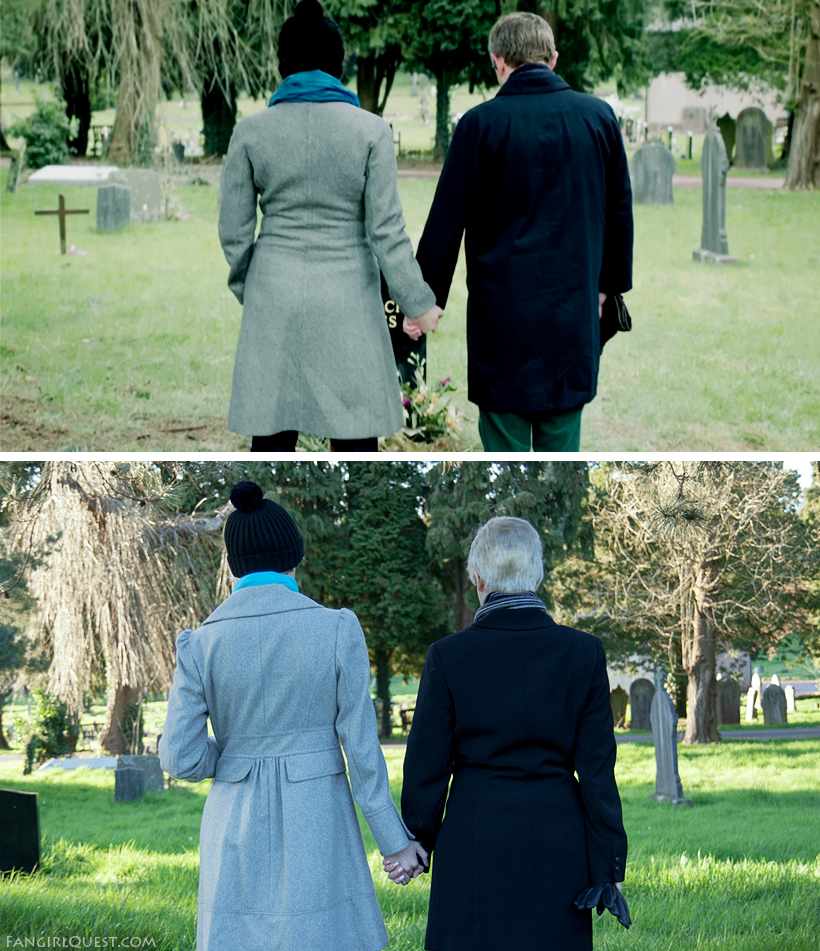 Charlie as John & Irene as Mary at Sherlock’s grave 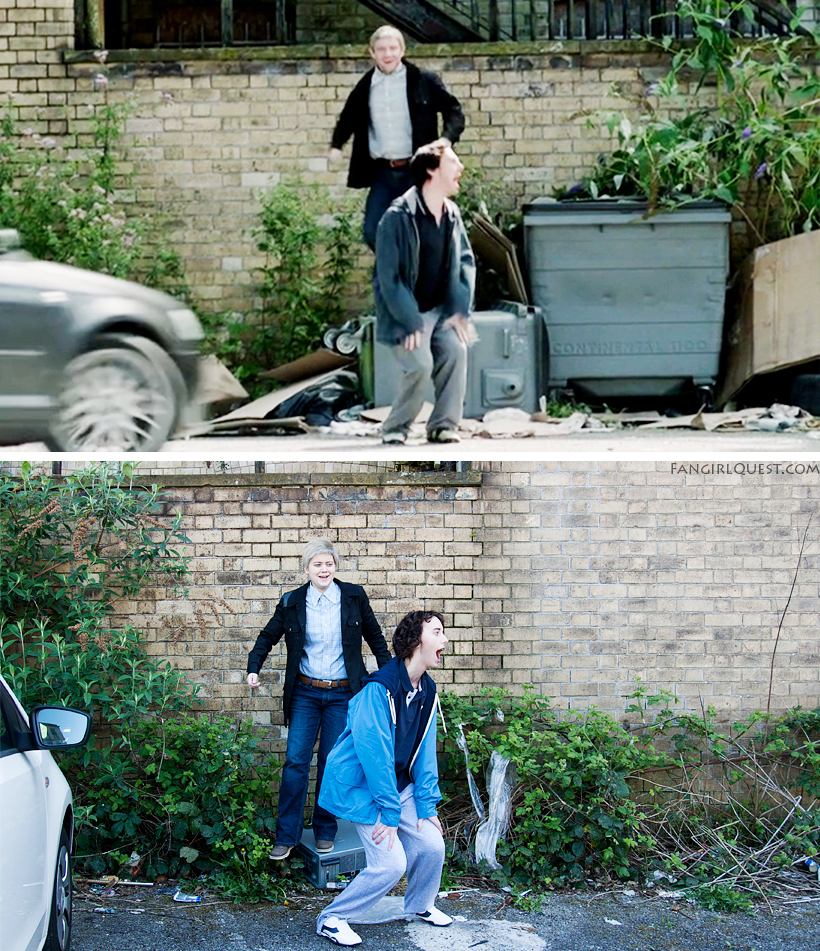 “Well I’m not now!” Irene and Charlie cosplaying the scene where John goes to pick up Sherlock from the drug den. 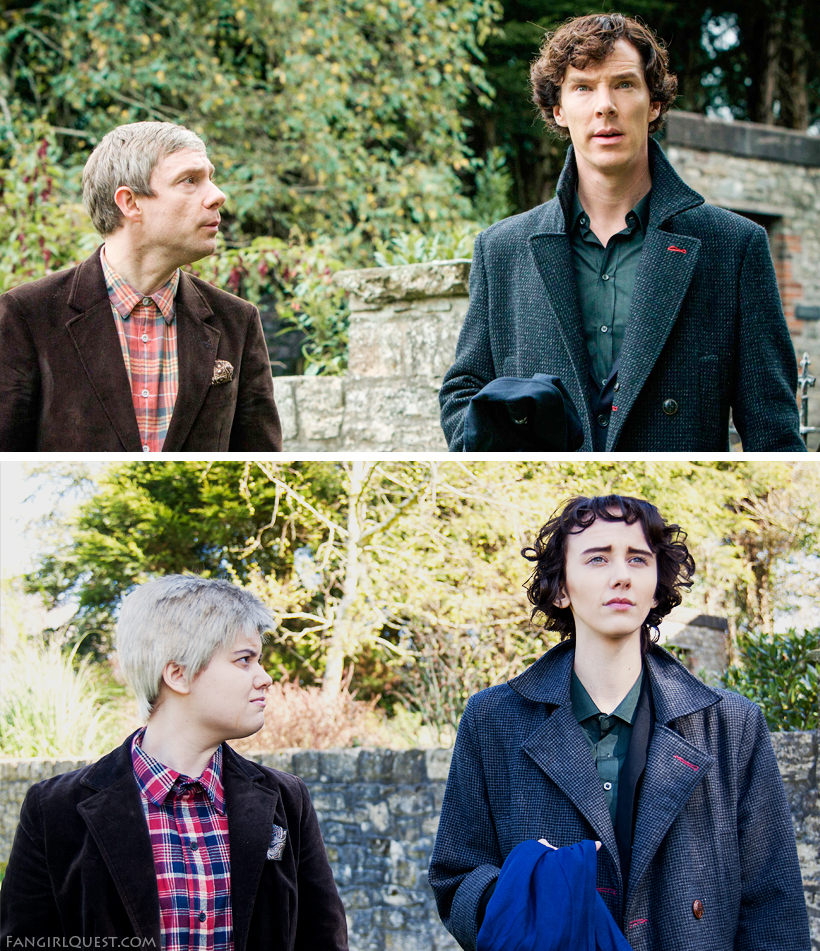 Outside the house that acted as Sherlock & Mycroft’s parents’ house. 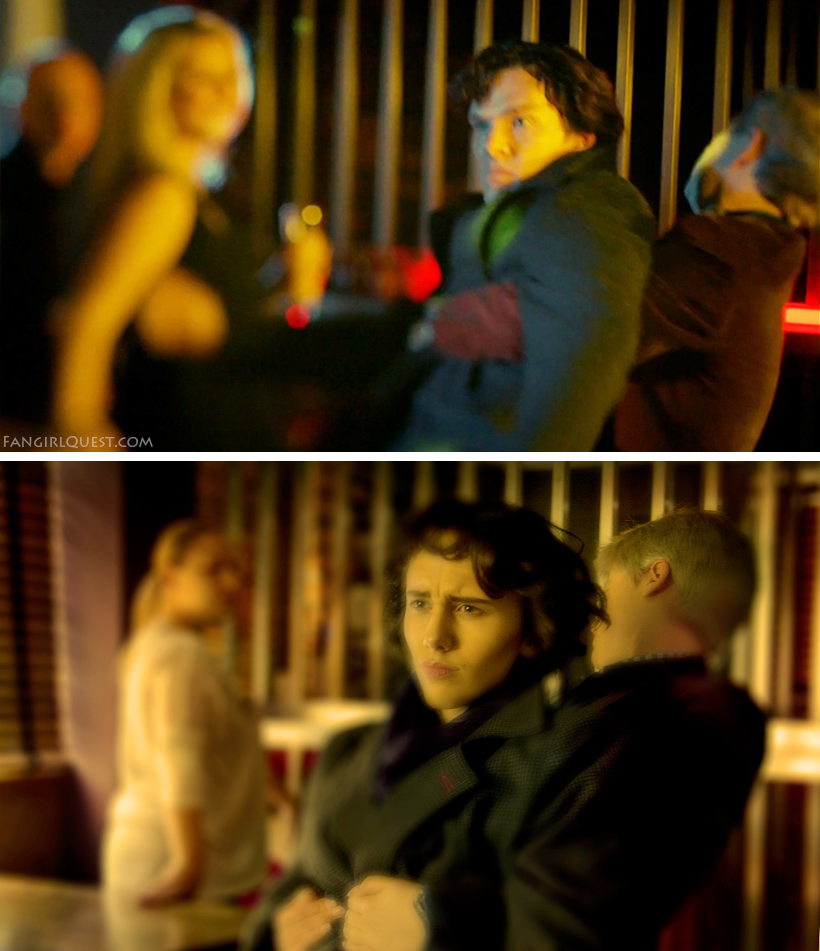 John dragging Sherlock away from a bar figth 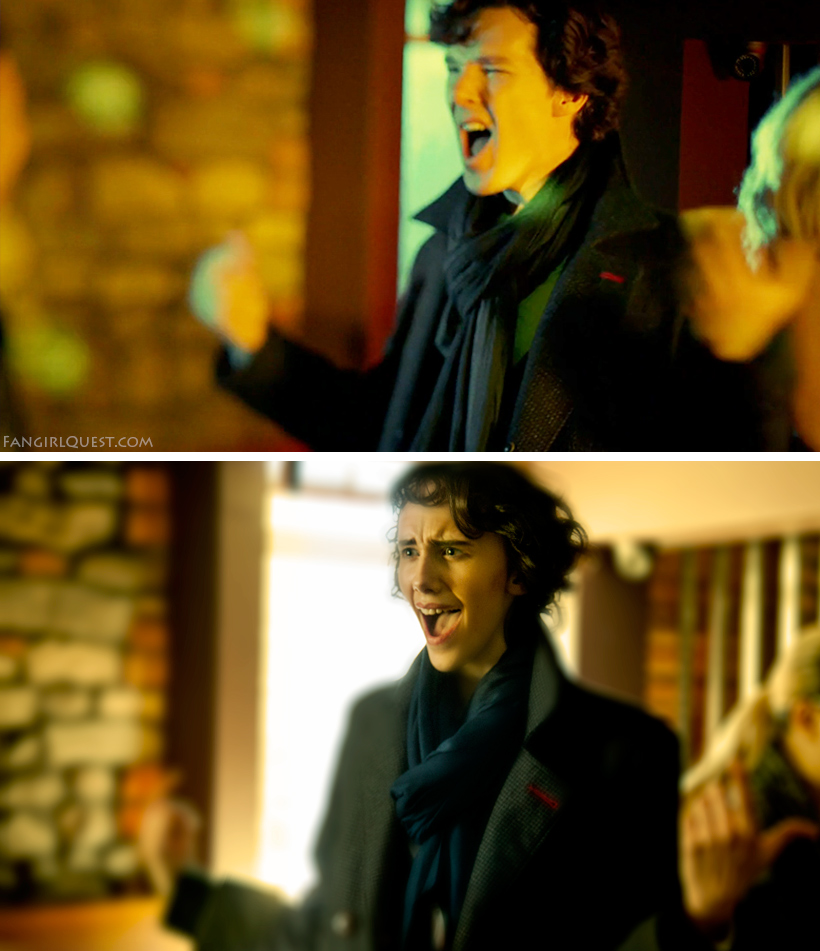 Sherlock arguing with people in the bar 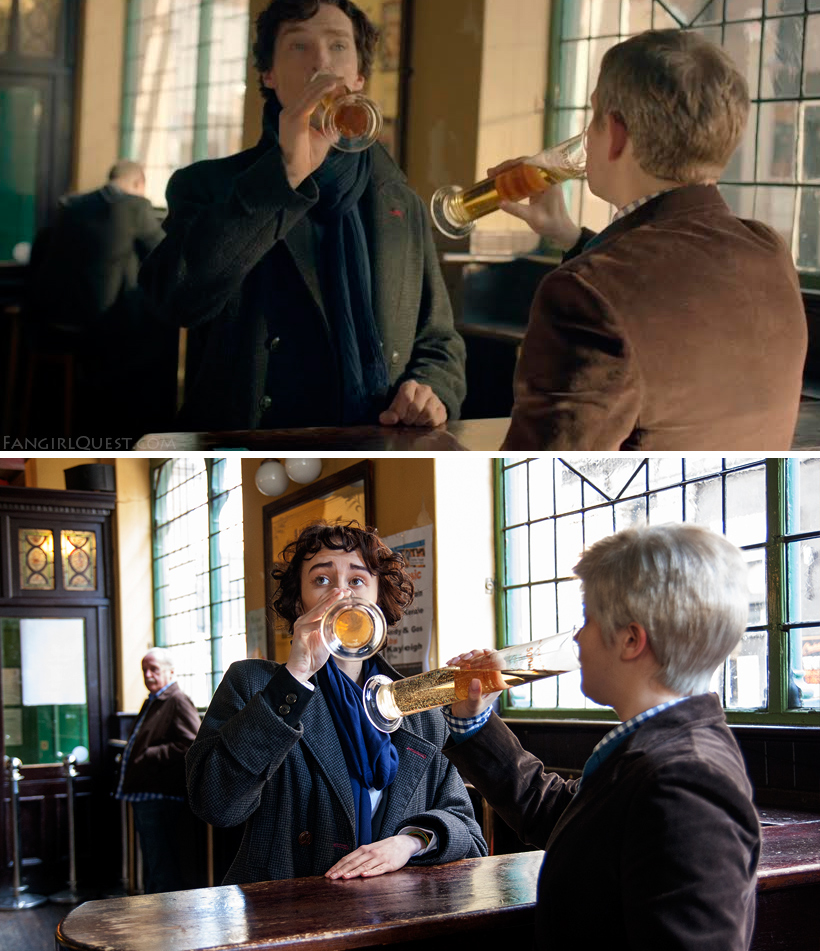 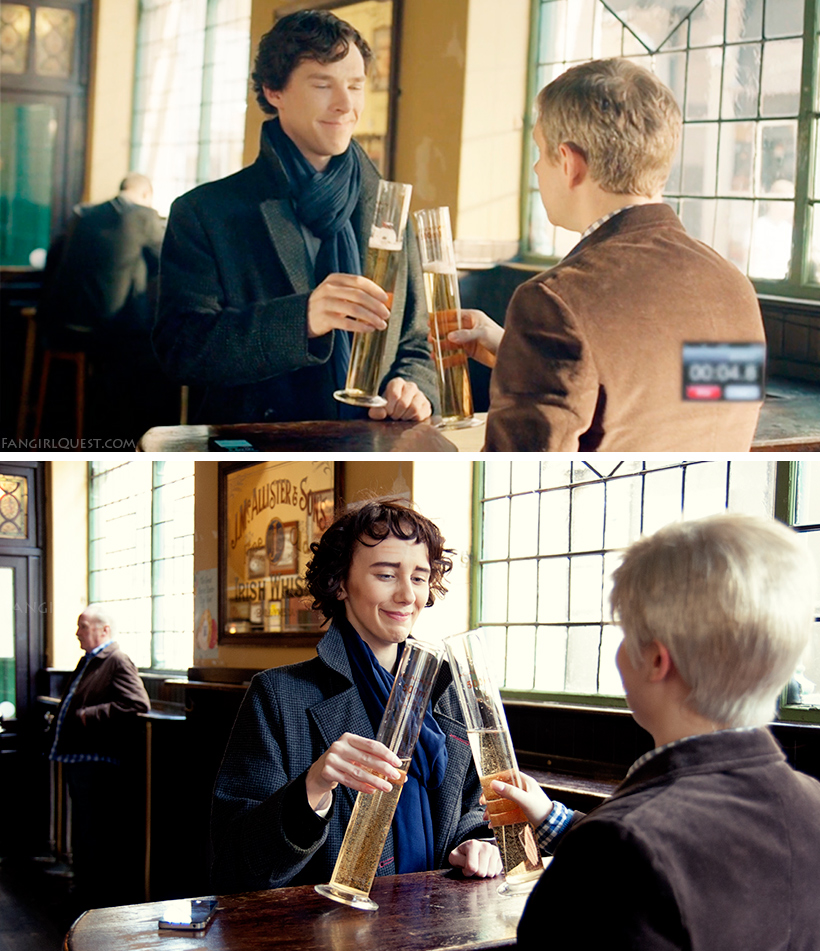 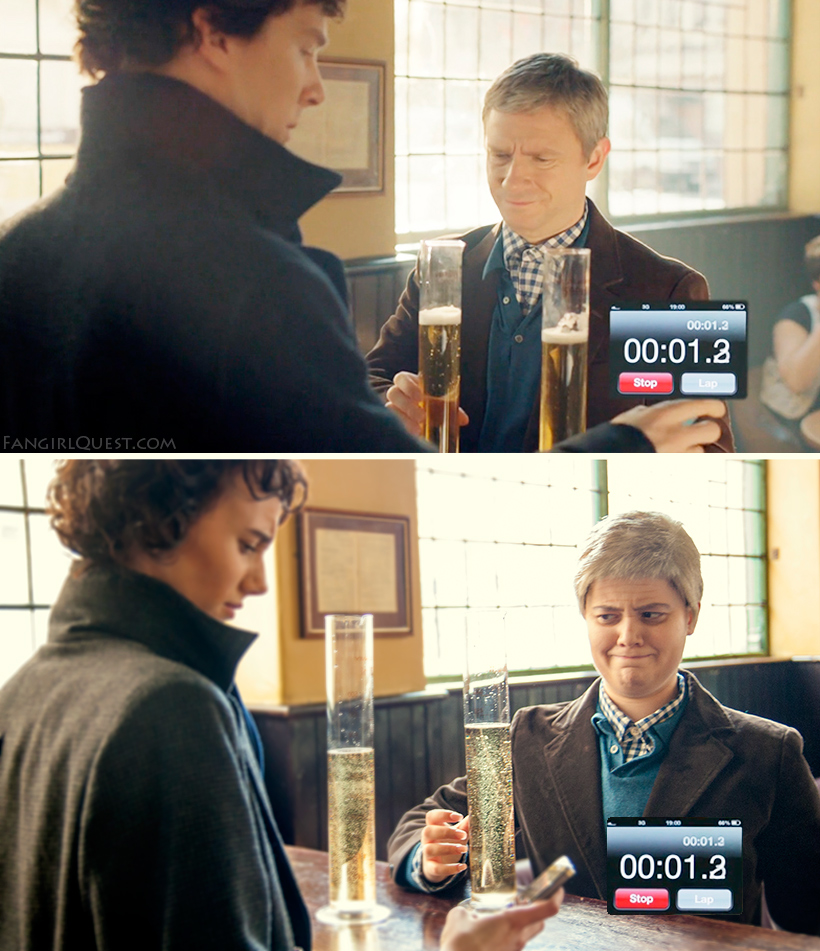 Bonus: behind the scenes photos 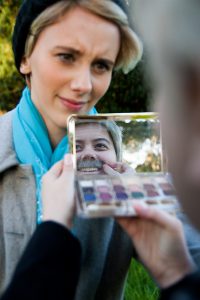 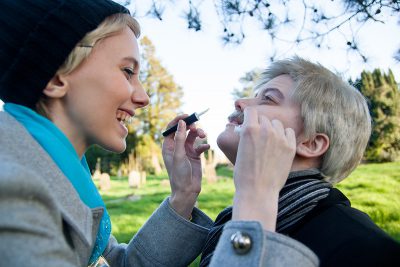 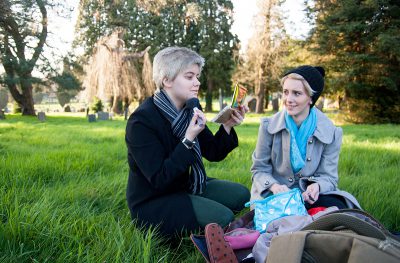 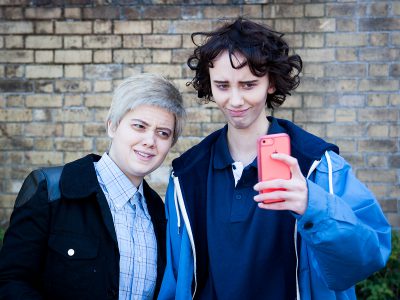 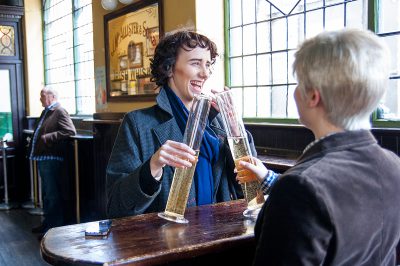 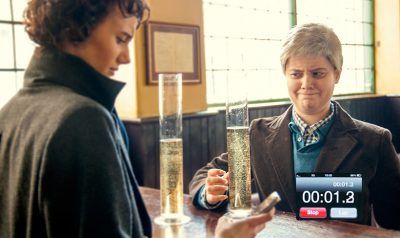