Whenever we travel to London and have a free evening to spare, we prioritize theatre above anything else. Shakespeare, musicals, comedy, drama, everything goes — there’s always something we “absolutely have to see”. The perfect night out in West End, however, requires luck with three things: time, tickets and money.

Sometimes, everything just magically works out. Like the other week in London: we were there to attend the World Travel Market and hadn’t planned to see any theatre at all. However, on our second morning at London’s ExCel and the massive crowds all around us, Satu suddenly remembered that the day tickets for The Libertine were up on sale at 9:30am. She picked up the phone right on time, called the box office and snatched us front row seats for £15!

(How is that possible? Read our cheap ticket guide to London’s West End for the best tips and tricks!)

We were over the moon and making really high-pitched fangirls noises right there in the middle of the travel industry crowds, surely once again looking like happy idiots.

And why were we so excited about this particular play? Well, first off, the main star on stage was Dominic Cooper from AMC’s brilliant new(ish) show Preacher. Some of you might even remember him from the happy musical Mamma Mia!

If these titles and the name don’t ring a bell, just imagine a lot of charisma and character and you’ll be halfway there. 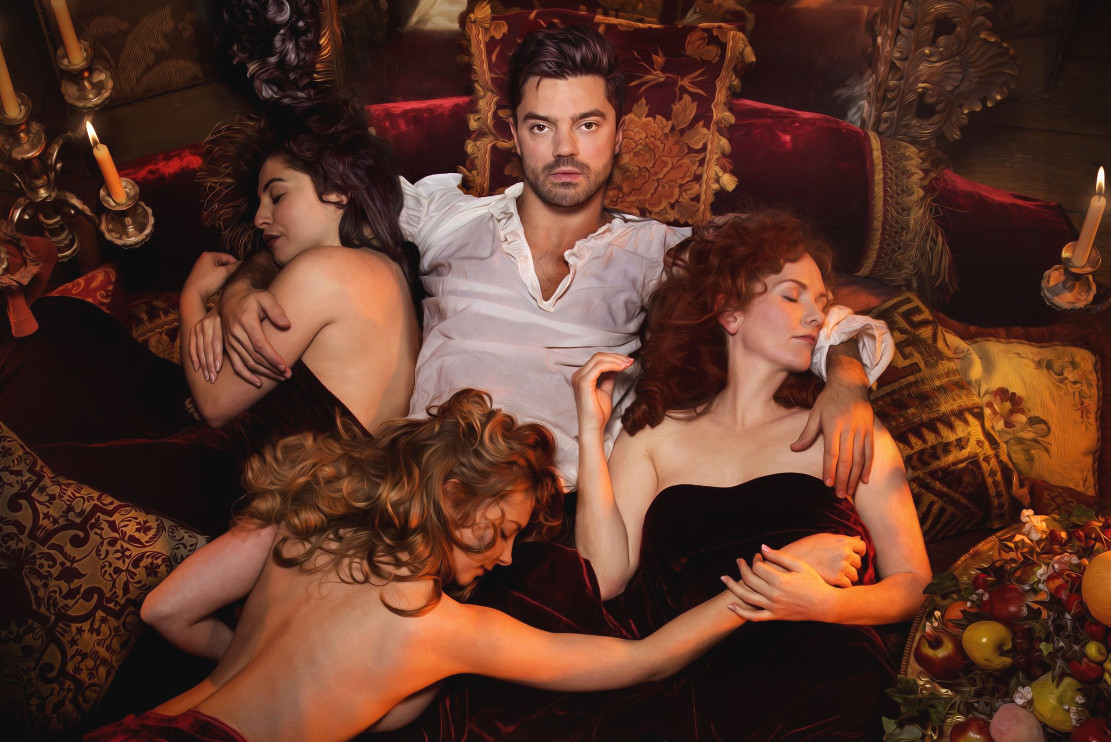 The Libertine turned out to be a raunchy little thing. Lively humour, sex and violence, incredibly entertaining characters and of course, Dominic. The Royal Haymarket Theatre felt like the perfect match in size and splendor and our first row middle seats brought us all very close to it all. Such happy Dominic Cooper fangirls were we and so well entertained for the whole duration of the play.

We saw some funny tweets from other users, too: some cheekily noted how you shouldn’t take your parents to see it.

You were in the front row!

After curtain call we pulled on our shoes, rushed out of the door and made our way to the stage door. After just 10 or so minutes later, Cooper came out, wearing a dorky hat and a big smile. He seemed to be in a hurry (but recognized us, “you were in the front row!”) so I stepped forward with my arms open, holding my phone ready for a quick selfie.

Poor thing thought I was going for a hug, so we ended up doing this awkward to hug or not dance, to which one of his friends next to me reacted in mock frustration: “He’s such a tart.”

In the end, we got our selfies and those hugs too and escaped the scene giggling like proper fangirls do. 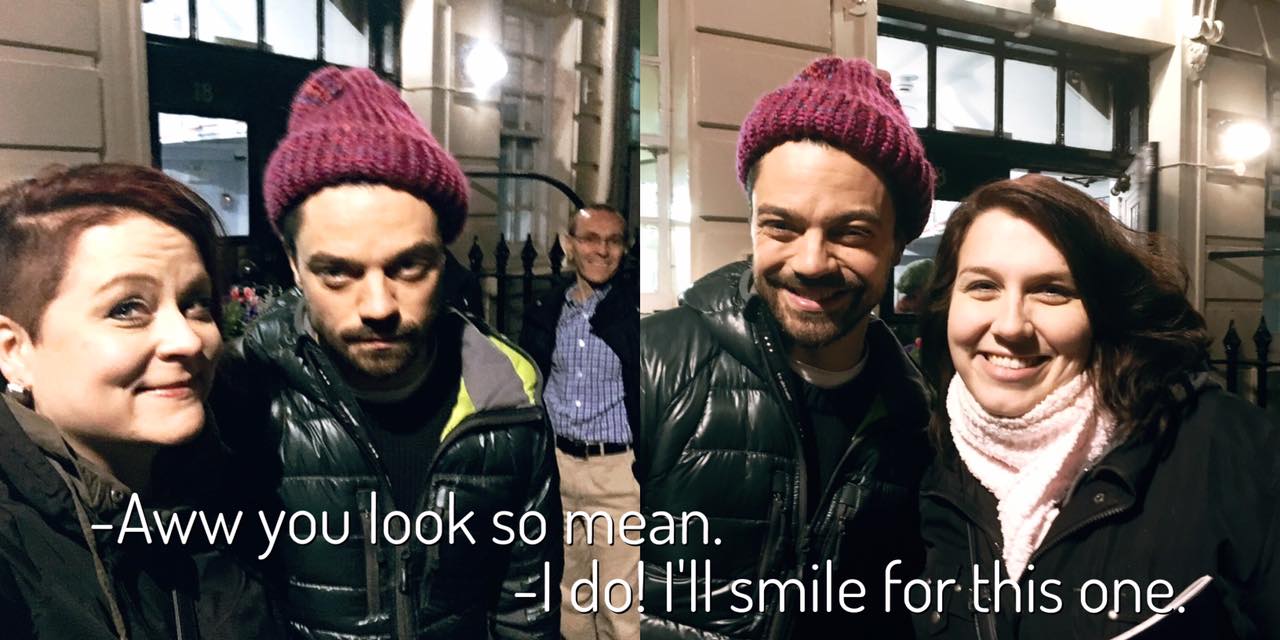 The Libertine — Good to know: