How To Attend Red Carpet Events As A Fan

This guy in blue shirt doesn't seem to be concerned about the guns, like, at all.

As many of us know, Doctor Who‘s London isn’t really London most of the time. Very often they end up filming on the streets of Cardiff, Wales, like they did on a warm summer day in June 2014. We already suspected these bits would be in the last episodes of the season, but we definitely got confirmation on that this weekend as the finale aired. 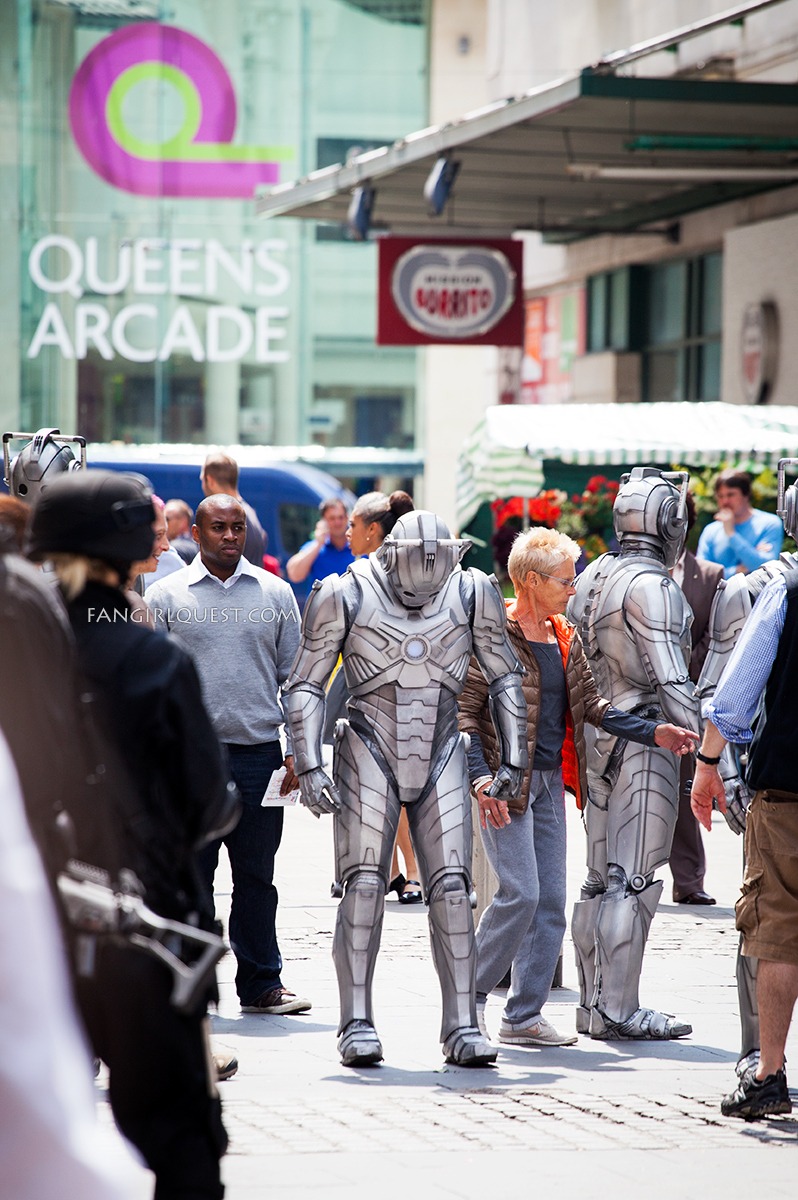 A Cyberman checking his outfit between takes.

The cast and crew being lovely towards the fans isn’t news anymore, but it still has to be mentioned: I think they’re doing a marvellous job of controlling the crowds with a gentle, firm hand while still managing to get their work done. Absolutely amazing. I’ve spent a lot of time watching the Who magic happen and the small groups of fans have mostly behaved nicely, so hopefully at least that makes their job a bit easier. 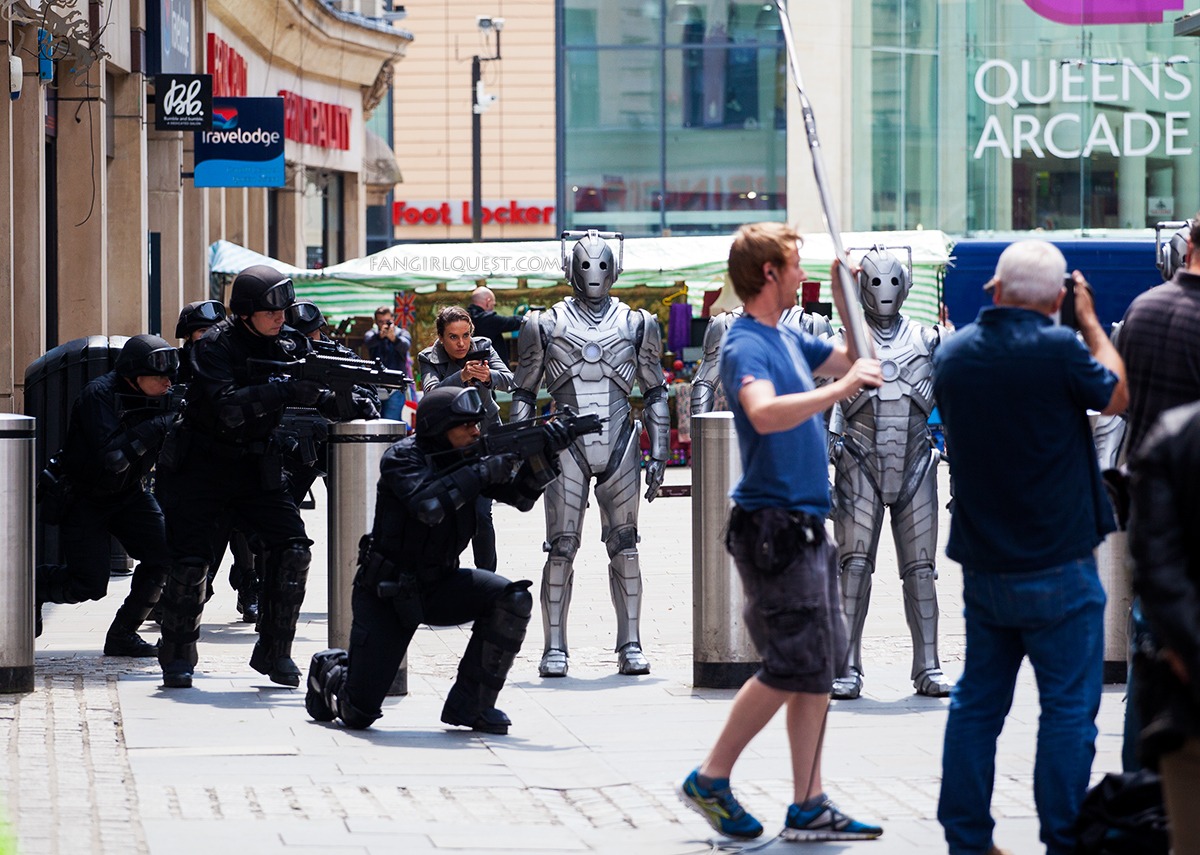 This guy in blue shirt doesn’t seem to be concerned about the guns, like, at all.

Seeing the UNIT soldiers and Cybermen in their casual in-between-takes-state was very funny, but once the cameras started rolling, the Cybermen turned into their menacing self we’ve learned to know and secretly enjoy so much. We all really wanted a selfie with a Cyberman, but asking for one just seemed a bit too intrusive. (I swear we were just being polite, it had absolutely nothing to do with being terrified of them, nooooo sir.) 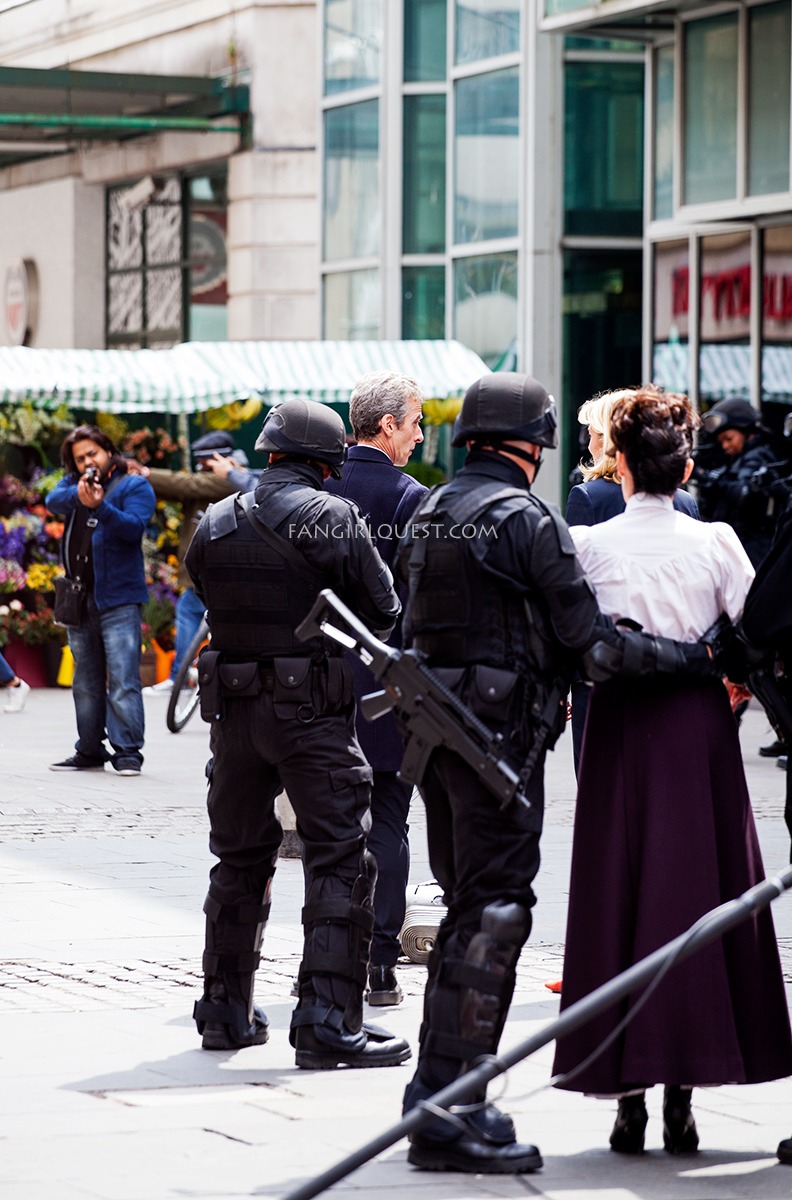 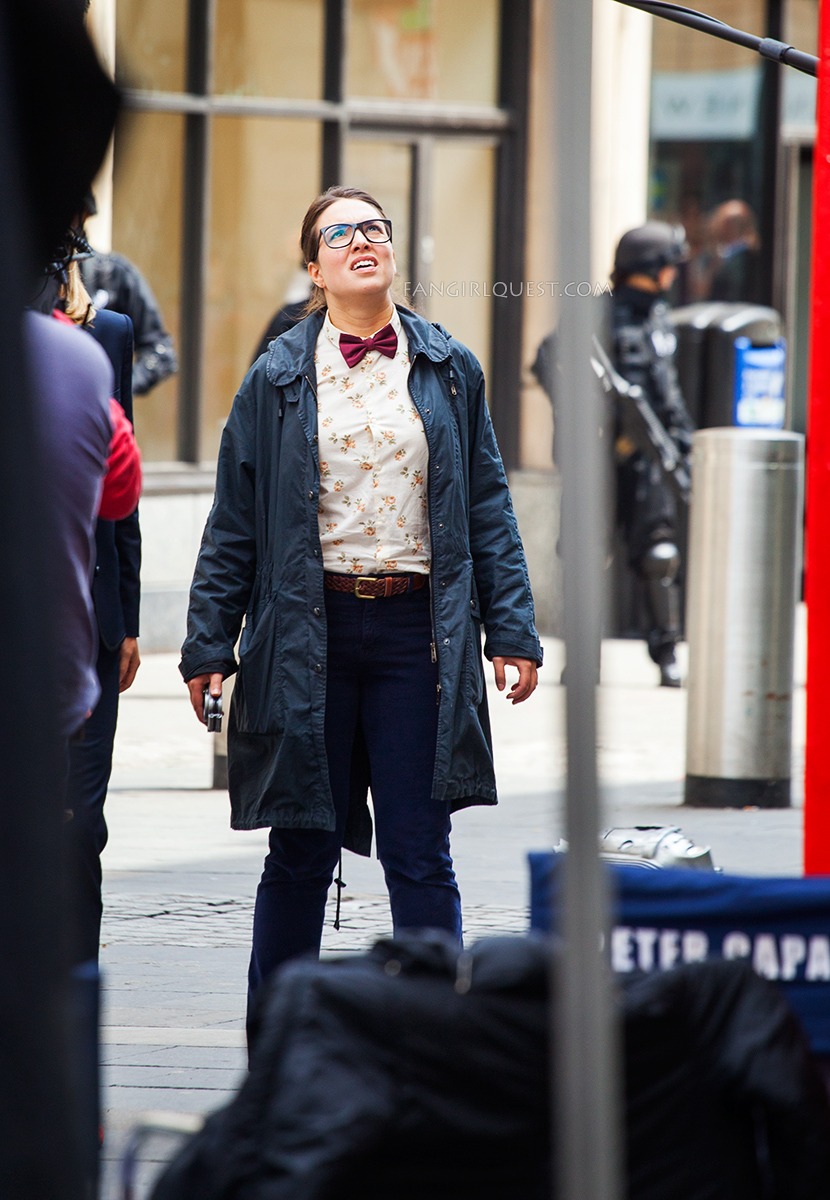 This girl. We really didn’t want to lose this girl. 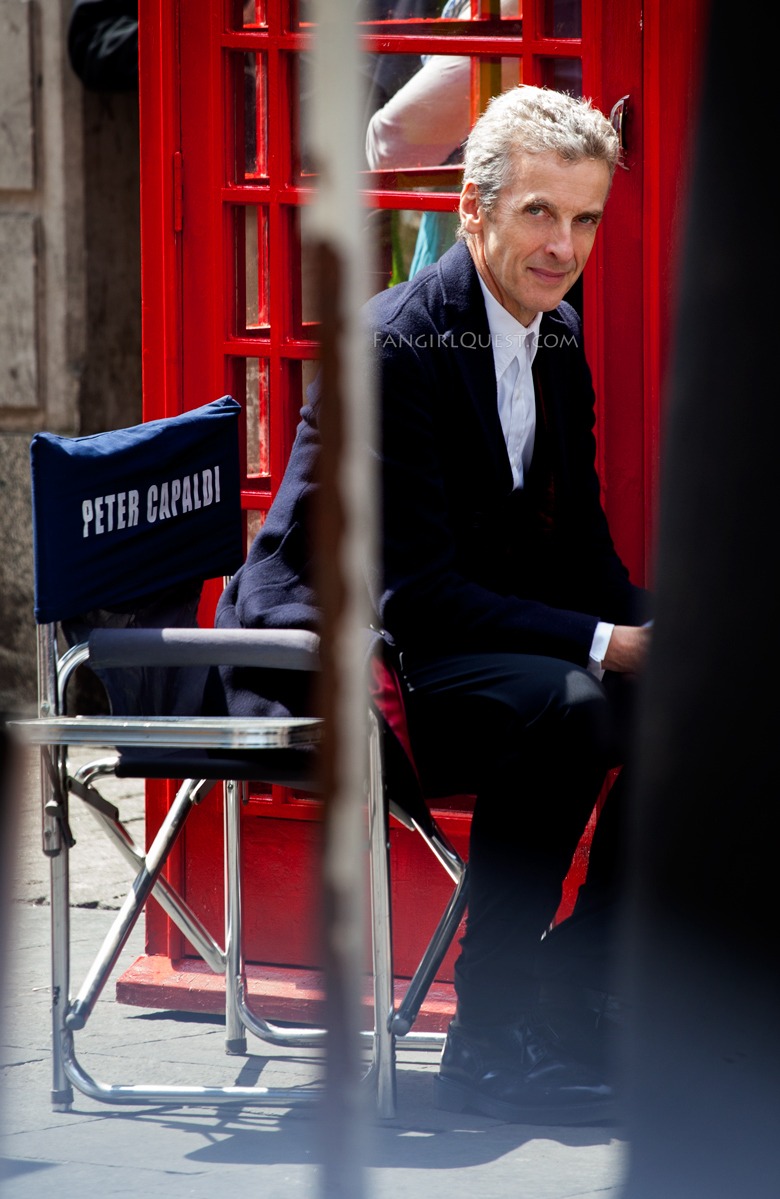 Capaldi came over to talk to the fans whenever he had time (as usual), but I’d met him a few times before so I mostly concentrated on watching the filming happen. I couldn’t resist saying hello to Osgood aka Ingrid Oliver, though. She was in a hurry, but still stopped to say hi and to pose for a couple of photos. Such a cutie. 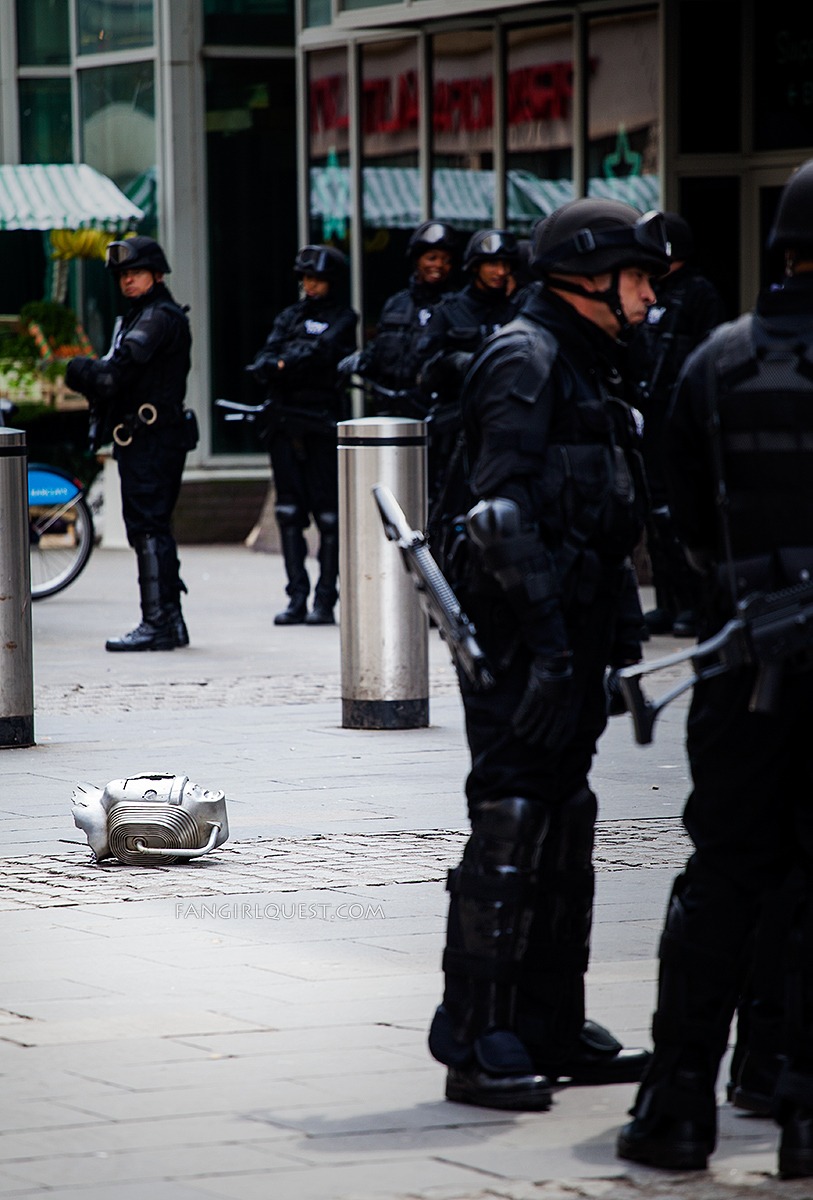 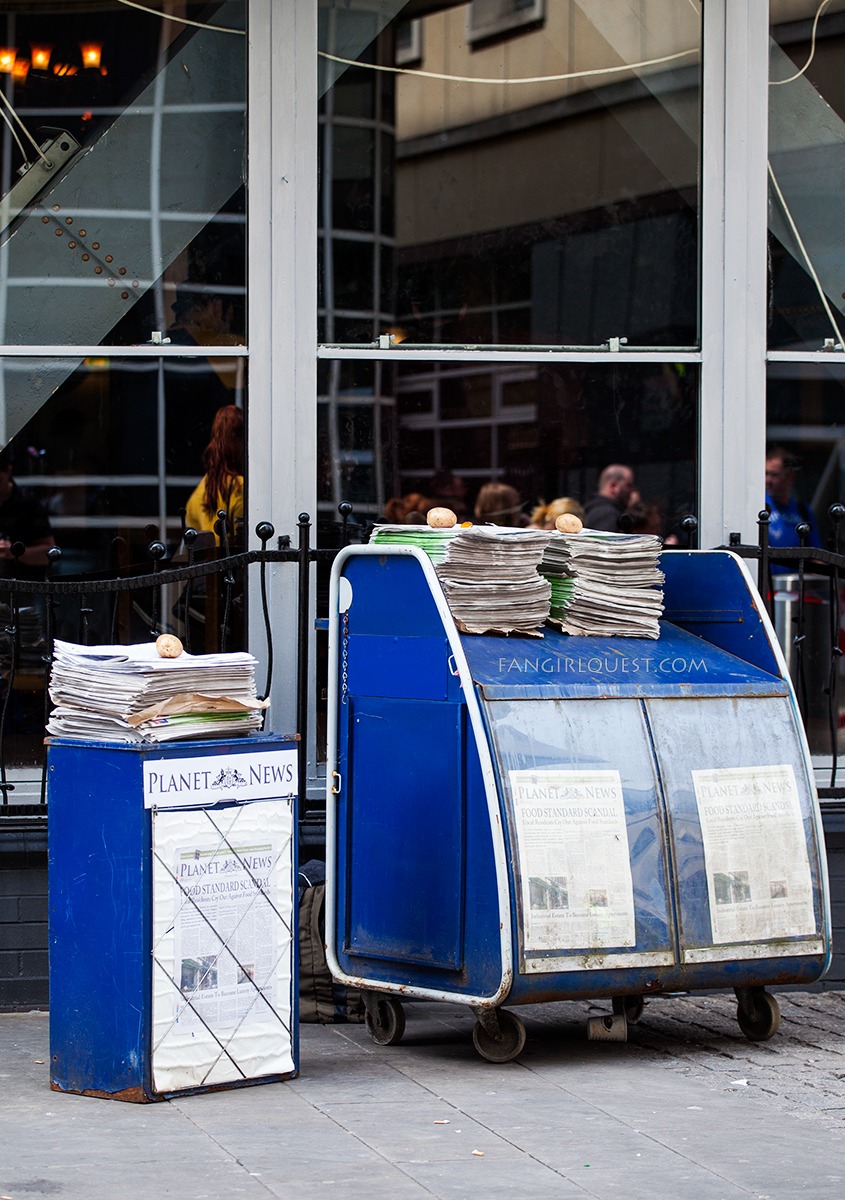 I had no idea who Missy was at the time, so I’m now having major regrets for not saying hello and maybe asking for a Doctor style selfie. Such an amazing character, brilliantly portrayed by Michelle Gomez! I’m really hoping we’ll see her again… if not on the show, then at least at fan events. Yes, I’m looking at you, Cardiff Comic Con! 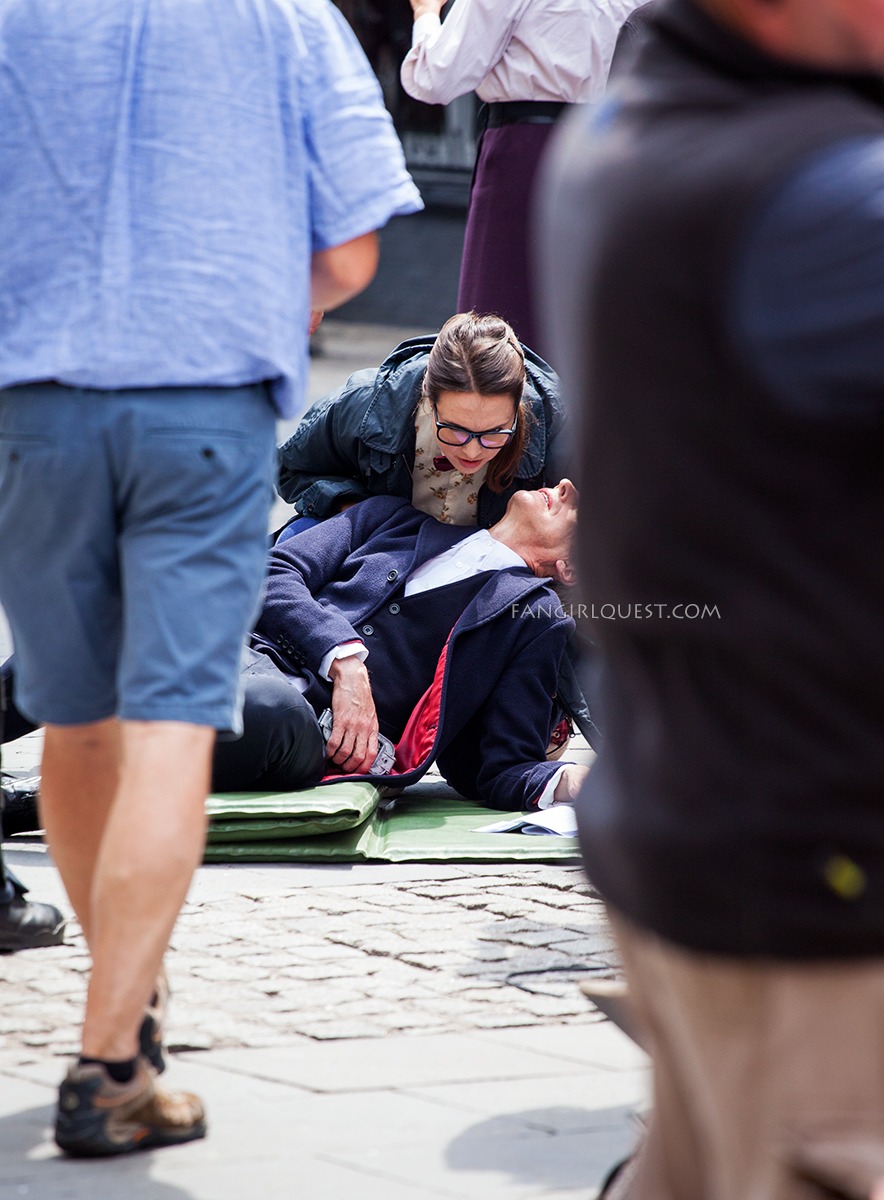 Noooo Doctor what’s wrong, get up!! 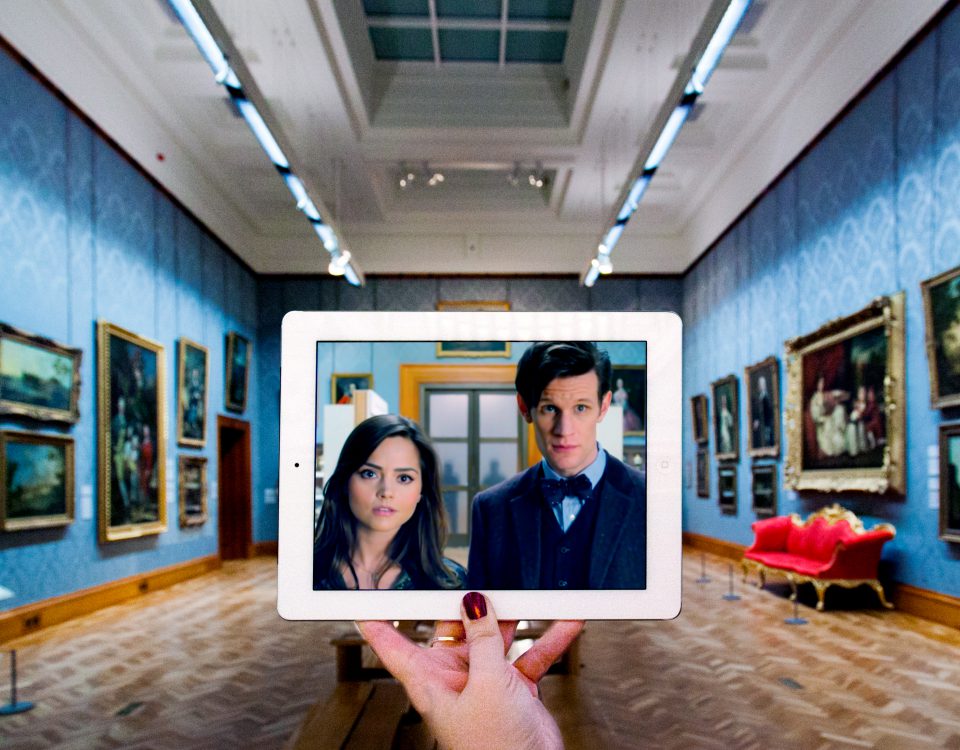 Jenna Coleman and Matt Smith in "Day of the Doctor", the 50th Doctor Who special episode filmed at National Museum Cardiff.

A Quick Look Back: Cardiff — Where It All Started 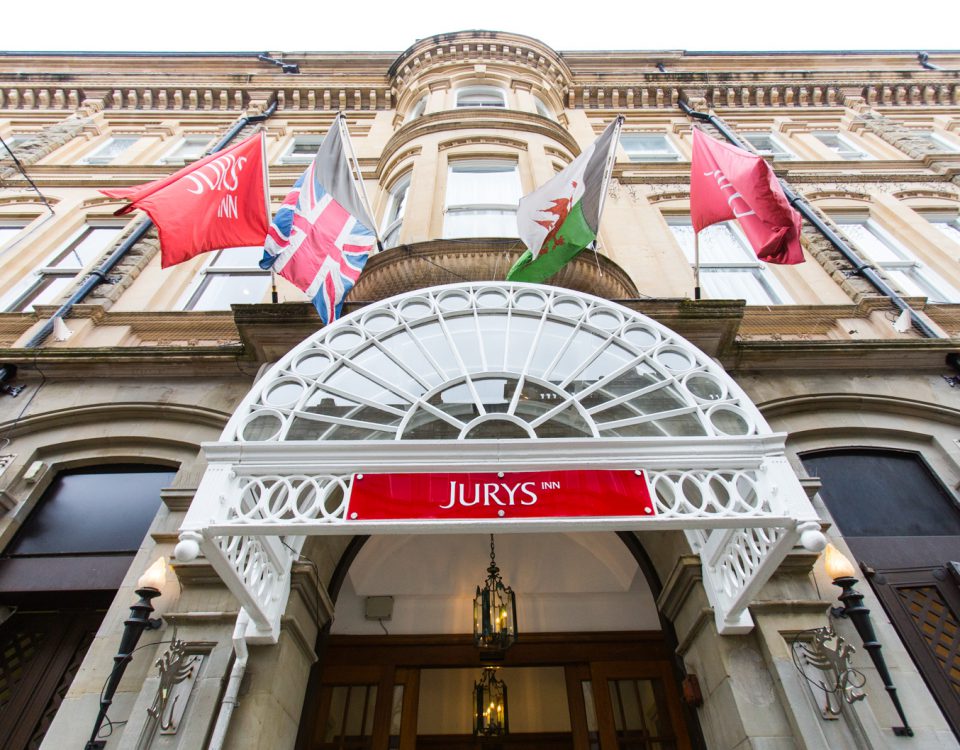 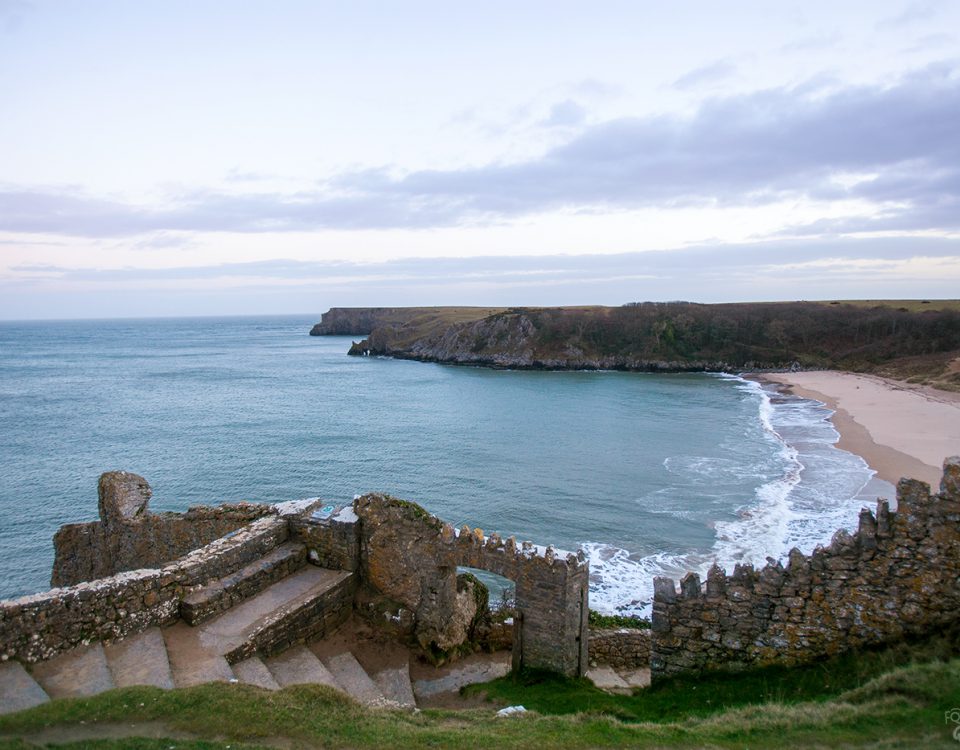