The Year Of Legends Takes Us Back To Wales!

A Throwback To TBEX Stockholm, A Massive Blogger Event

So, get this. There’s a trip I took last year but never wrote about it. I attended TBEX Stockholm 2016, the largest gathering of travel bloggers in the world, and forgot to write about it. I meant to, I totally did. I even had photos lined up and everything. But I guess maybe preparing for the 8 week roadtrip sort of wiped out everything else from my hard drive…

Anyway, since there are photos and since the event was amazing, I thought I’d share some of them. Just in case there’s a travel blogger out there who’s considering the next one (yes, TBEX organizes several conventions every year, on different continents, in different countries) or if there’s anyone who’s not a travel blogger, but is curious to know what we do at these shindigs.

It’s totally, not at all embarrassing writing about something that happened over 6 months ago. It’s fine. I’m fine. But let me just power through it, ok?

First of all, I have to thank Travel Dave for helping me get there and occasionally keeping me company. I’m not very good at traveling alone as I’m so used to having Satu by my side, making sure I don’t get lost or forget to get on a bus, a train or a plane. But I did well! I had a super cute little apartment with a fully equipped kitchen and a comfy bed, courtesy of the amazing folks at Forenom. 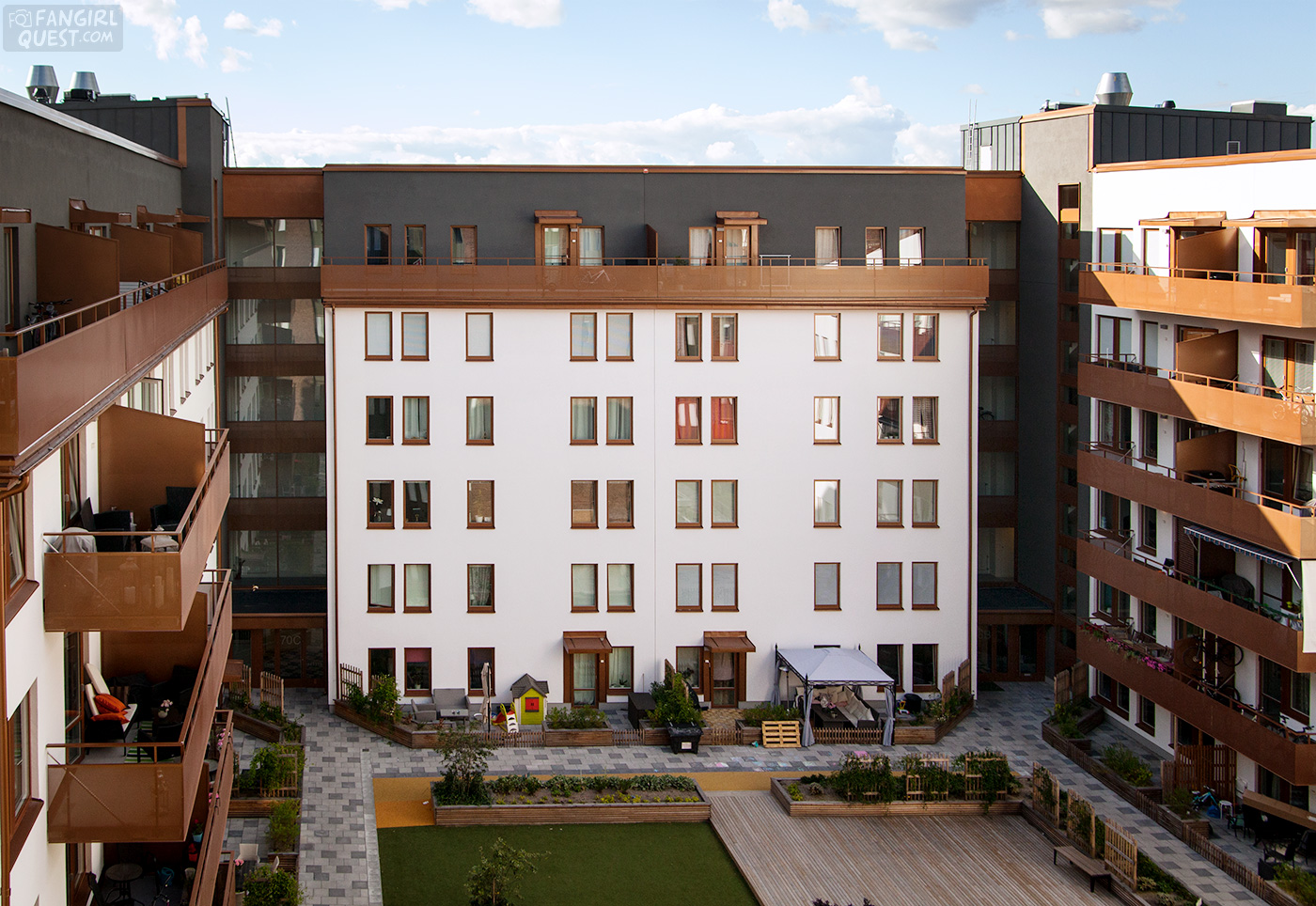 The unbelievably cute view from the Forenom Stockholm apartment.

Staying at Forenom Aparthotel Solna meant having my home base just a metro ride away from the conference and the city centre. My favorite thing must’ve been the fact that there was a grocery store and a couple of cafes and other things literally below me – as well as the metro station! 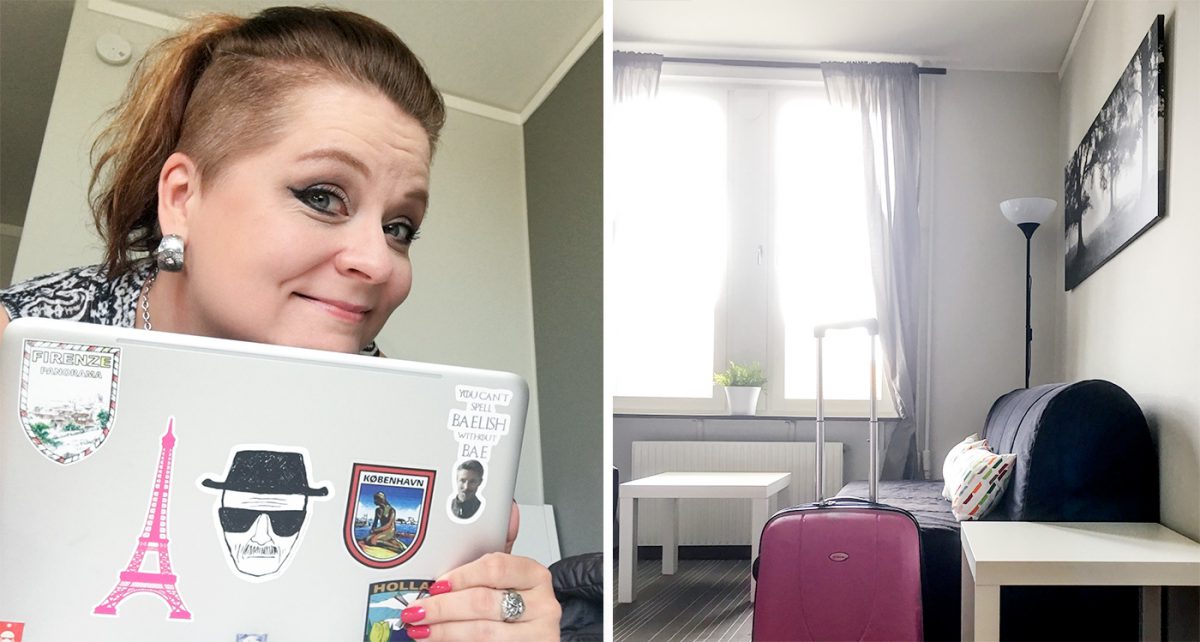 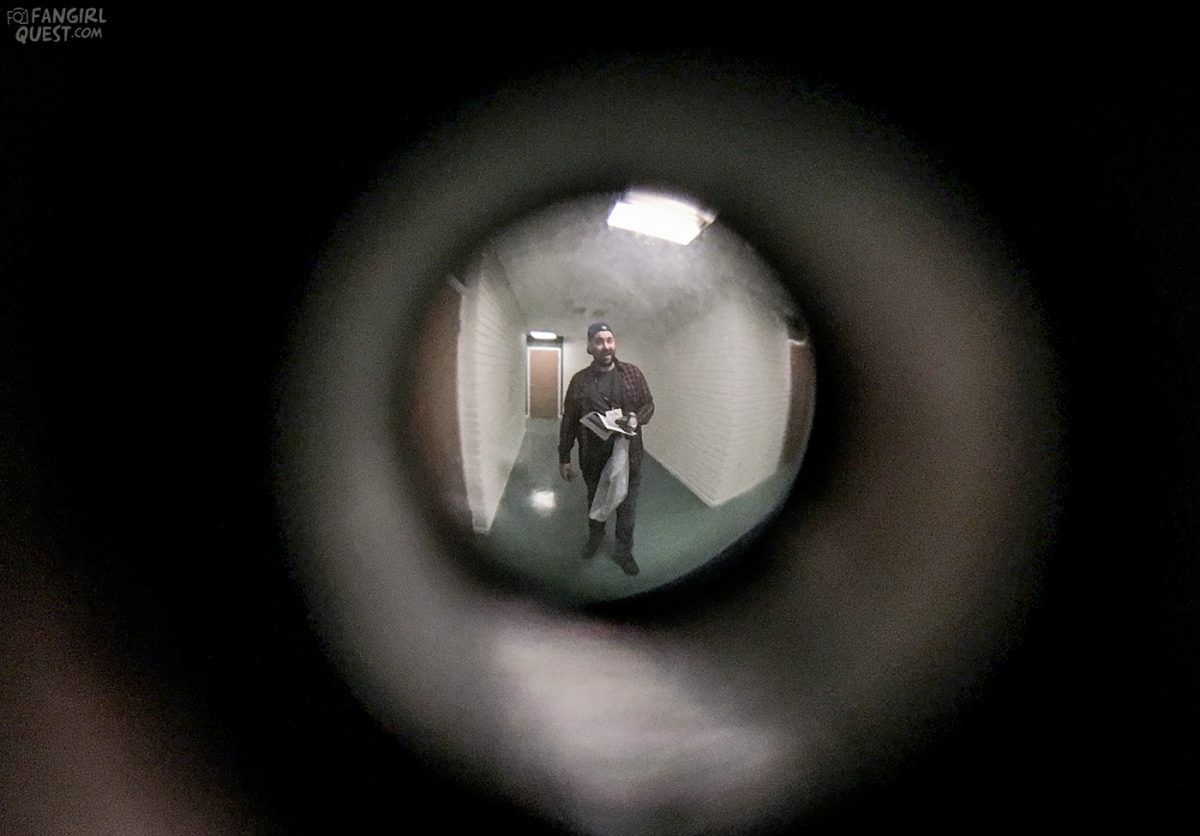 Travel Dave, a faithful blogger companion spied through a peephole.

And whenever I needed company, it was easy to find: travel bloggers are very friendly, curious folk, so there’s always someone to chat with at a convention like this.

Our first “official” outing was held at the Haymarket by Scandic in the city, a luxurious art deco hotel on Hotorget Square. I enjoyed a couple of bubbly drinks and delicious fingerfood and of course, chatted a lot about blogging with some new, interesting faces. 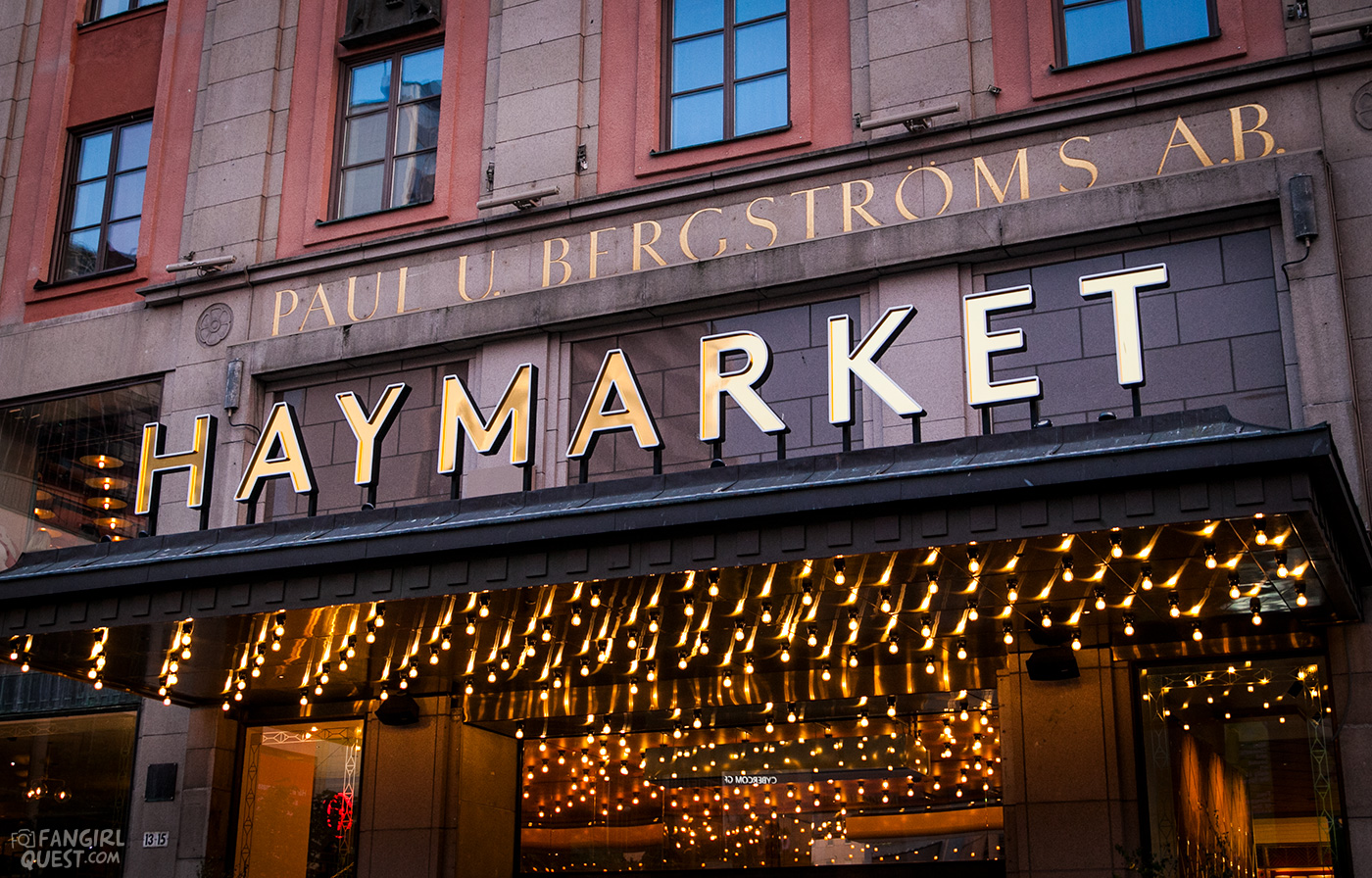 Haymarket by Scandic: the stunning entrance.

The interior design really took my breath away. I didn’t carry my massive camera with me, but decided to come back some day for some gorgeous photos. Because man… art deco is something not many photographers can resist. The colours, the shapes, the lights, the everything. It’s just super, super stunning, all of it. 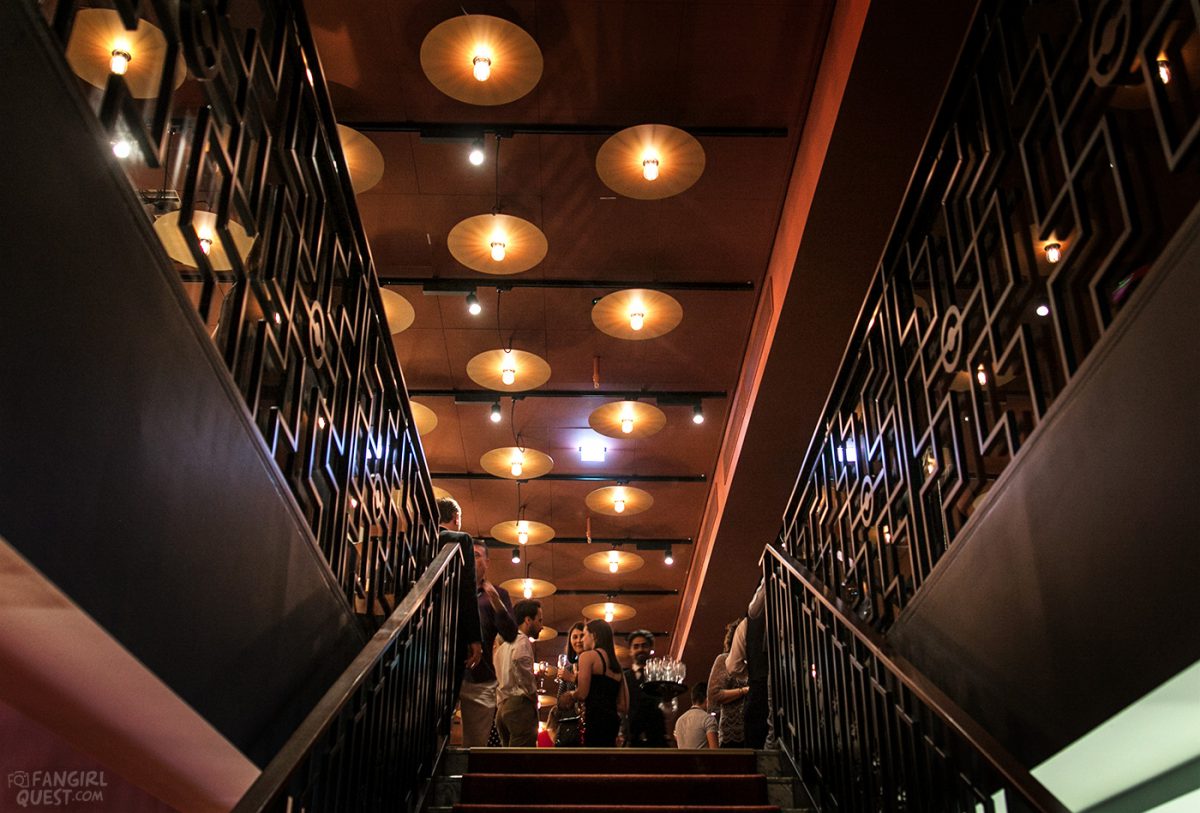 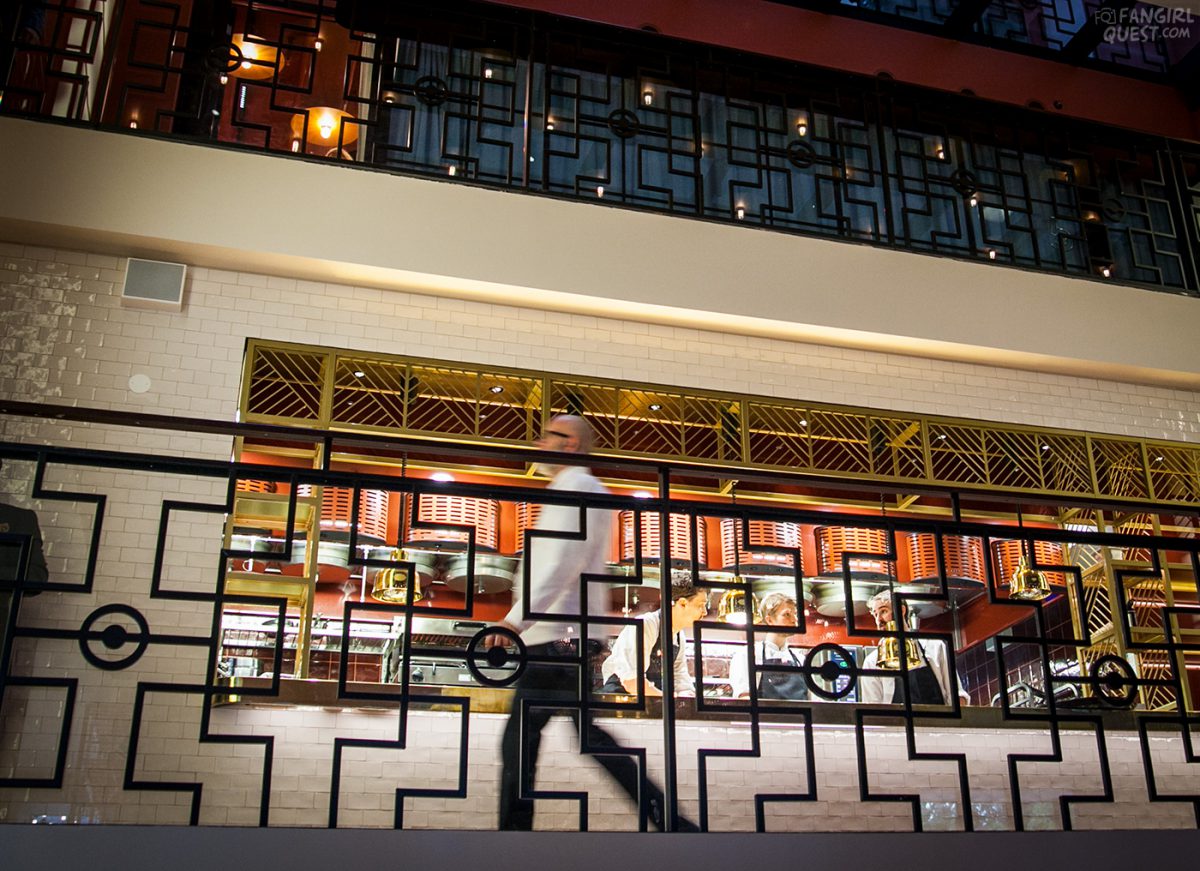 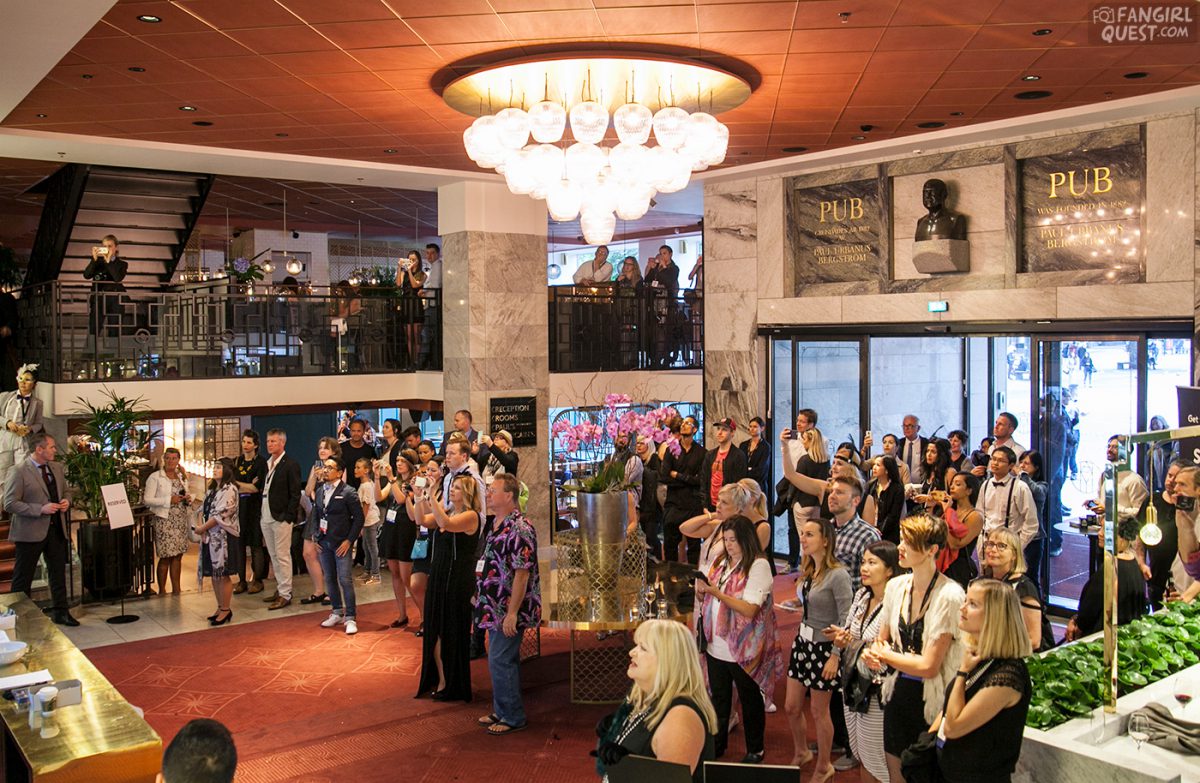 The great thing about blogger events is of course the incredible amount of wisdom you get to learn from fellow bloggers and interesting industry professionals. I sat through several lectures and panels, snapping photos of the slides and occasionally exchanging a word or two, or a business card with whoever happened to sit next to me.

We also snuck out for some green smoothies and smileyface donuts with Veera Bianca, one of the best-known Finnish travel bloggers. We did have some amazing lunch, coffee and treats at the conference centre all day long, but sometimes you just need to do your own thing… which, to Veera, seems to be the green smoothies! Fun times were had. Giggles were shared. A few miles in the beautiful Stockholm summer sunshine were walked. 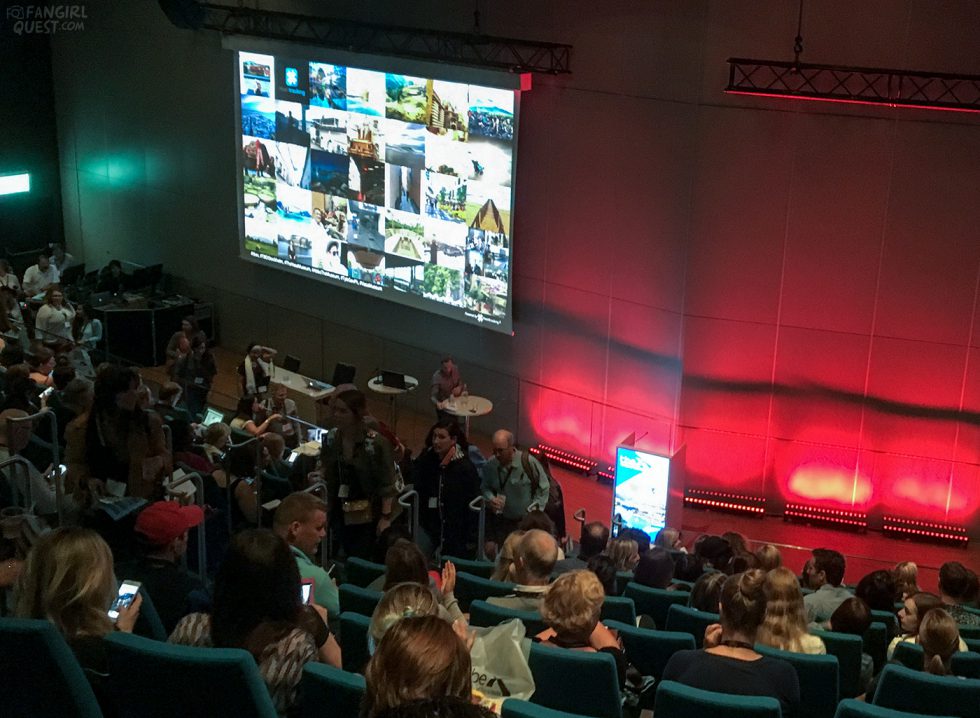 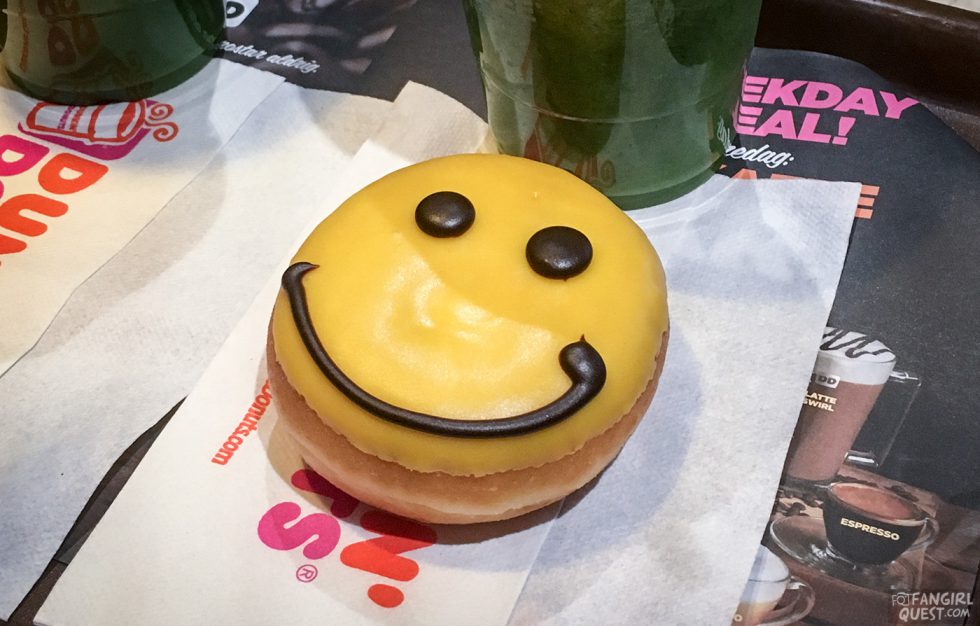 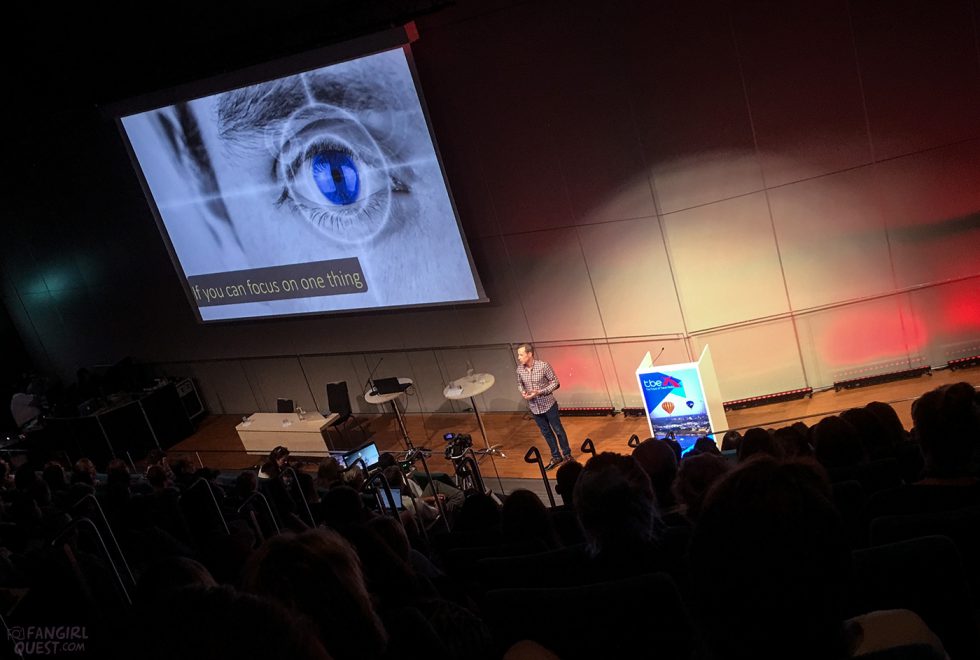 At blogger conferences you aren’t really allowed to get tired. There’s just too much to see and do, even after the closing time of the conference centre. In Stockholm we got to know about two important things in the Swedish history through fun museum visits. We started off at the Vasa Museum.

I had no idea how huge the ship actually is. I walked into the museum, looked up and just went “WOAH.” No photos can do the ship justice – you have to see it for yourself. And it’s not only the size that is impressive – the amount of detail in the carvings, sails, all of it is just mind-blowing. 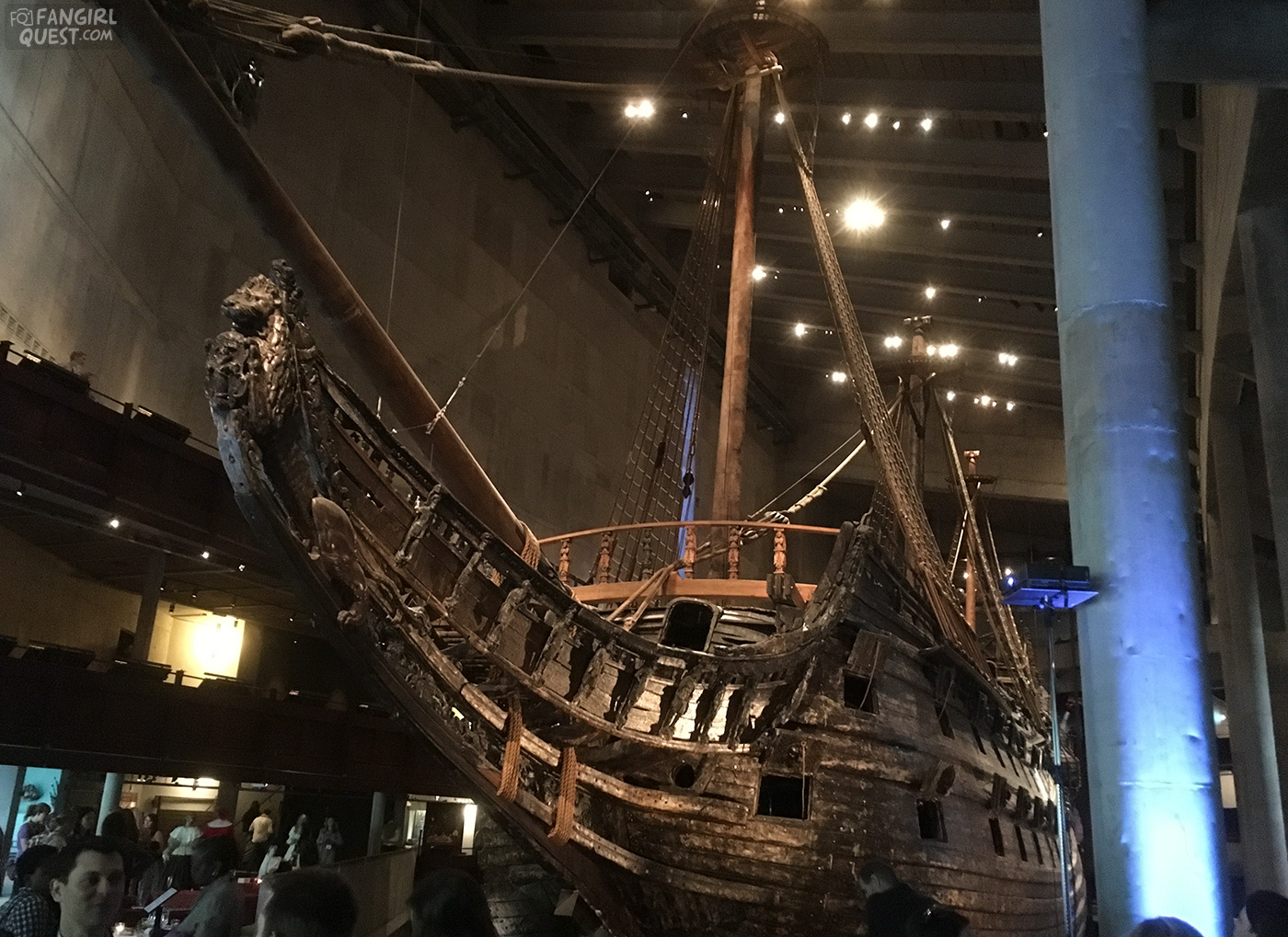 Well, to be honest, the history of the ship is also quite impressive. Can you believe that this beauty laid on the bottom of the sea for over 300 years? I learned a little about the process of bringing it back up and restoring it and man… that’s some patient handicraft work. Hats off to the people who made it happen. I mean, I will probably never achieve anything this massive in my life.

The Vasa ship capsized and sank in Stockholm 1628. After 333 years on the sea bed the mighty warship was salvaged and the voyage could continue. Today Vasa is the world’s only preserved 17th century ship and the most visited museum in Scandinavia.

ABBA The Museum, another reason to go WOAH

After mingling and bubbles under the shadows of Vasa, our blogger group headed over to the ABBA the Museum by foot. And a nice walk it was, too! The thing that’s really lovely about Stockholm is the fact that there’s water everywhere around you. Makes for quite stunning sceneries. 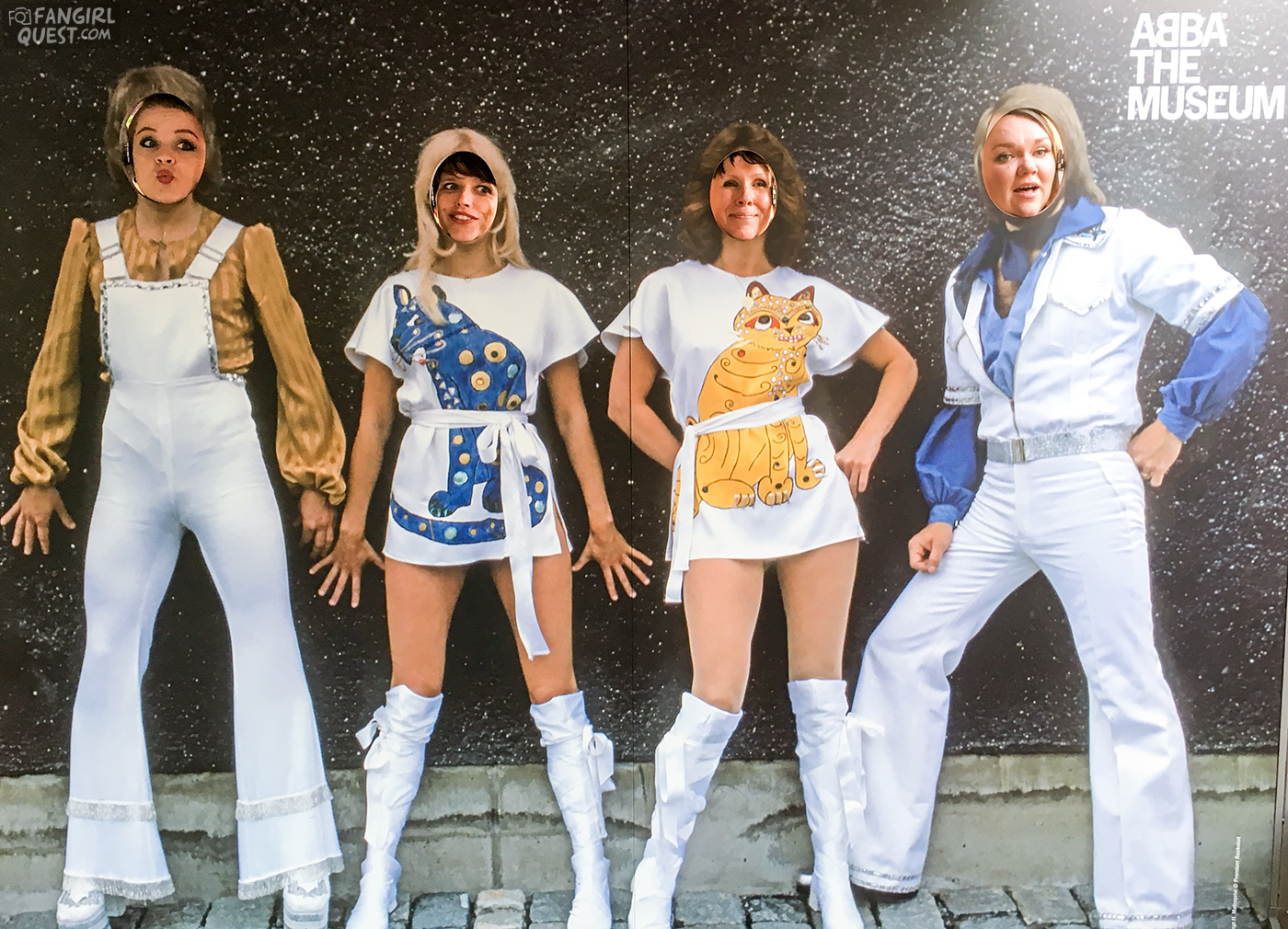 And here’s the second time that day I went “woah”. I had no idea how many artifacts related a band a single museum can hold. I had no idea how colourful, fun, moving and exciting ABBA the Museum would be. But it was. We started the tour upstairs and made our way downstairs (where a few bloggers were already karaoke’ing the heck out of some of the best ABBA songs), where the actual tour started. 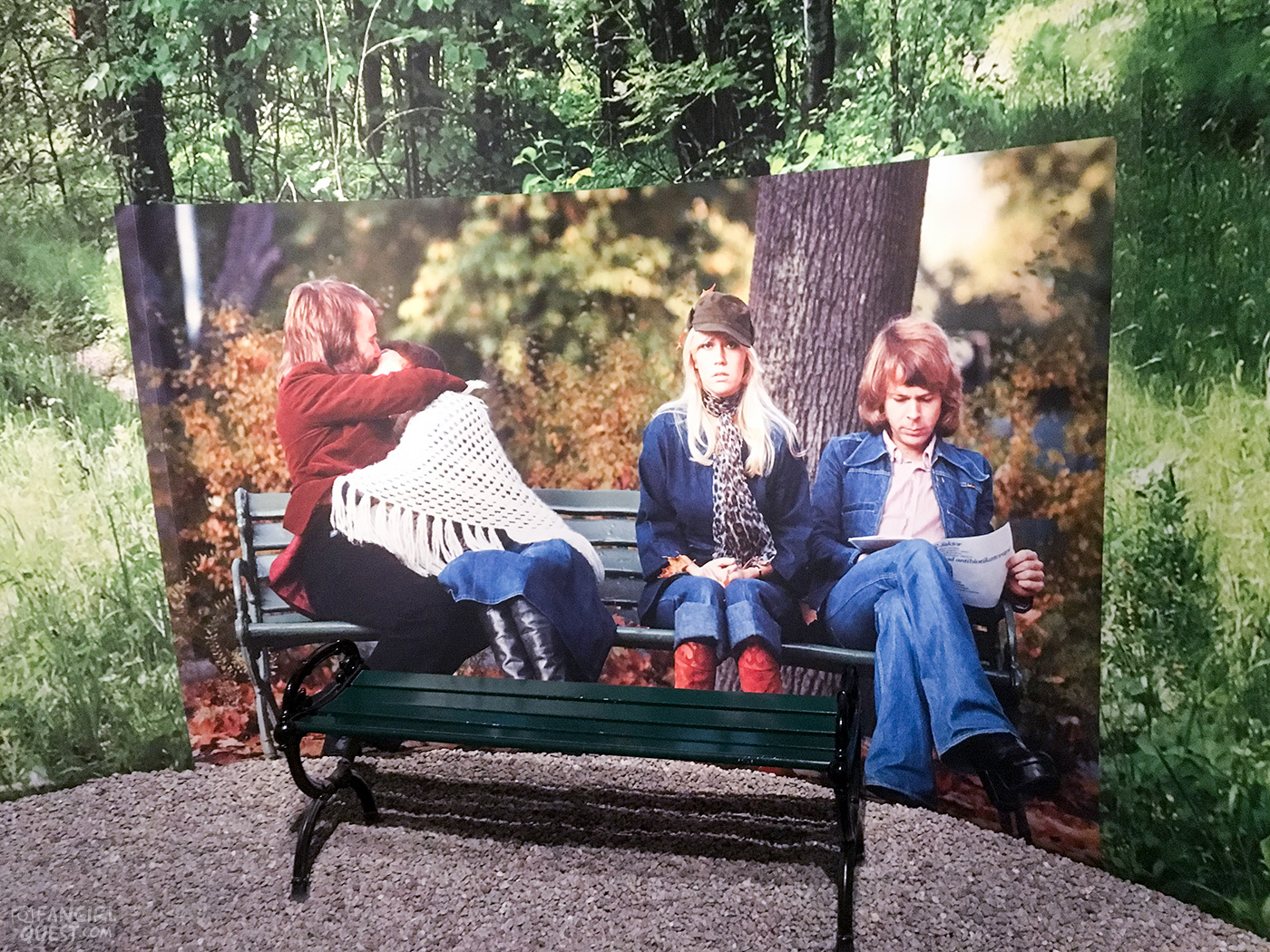 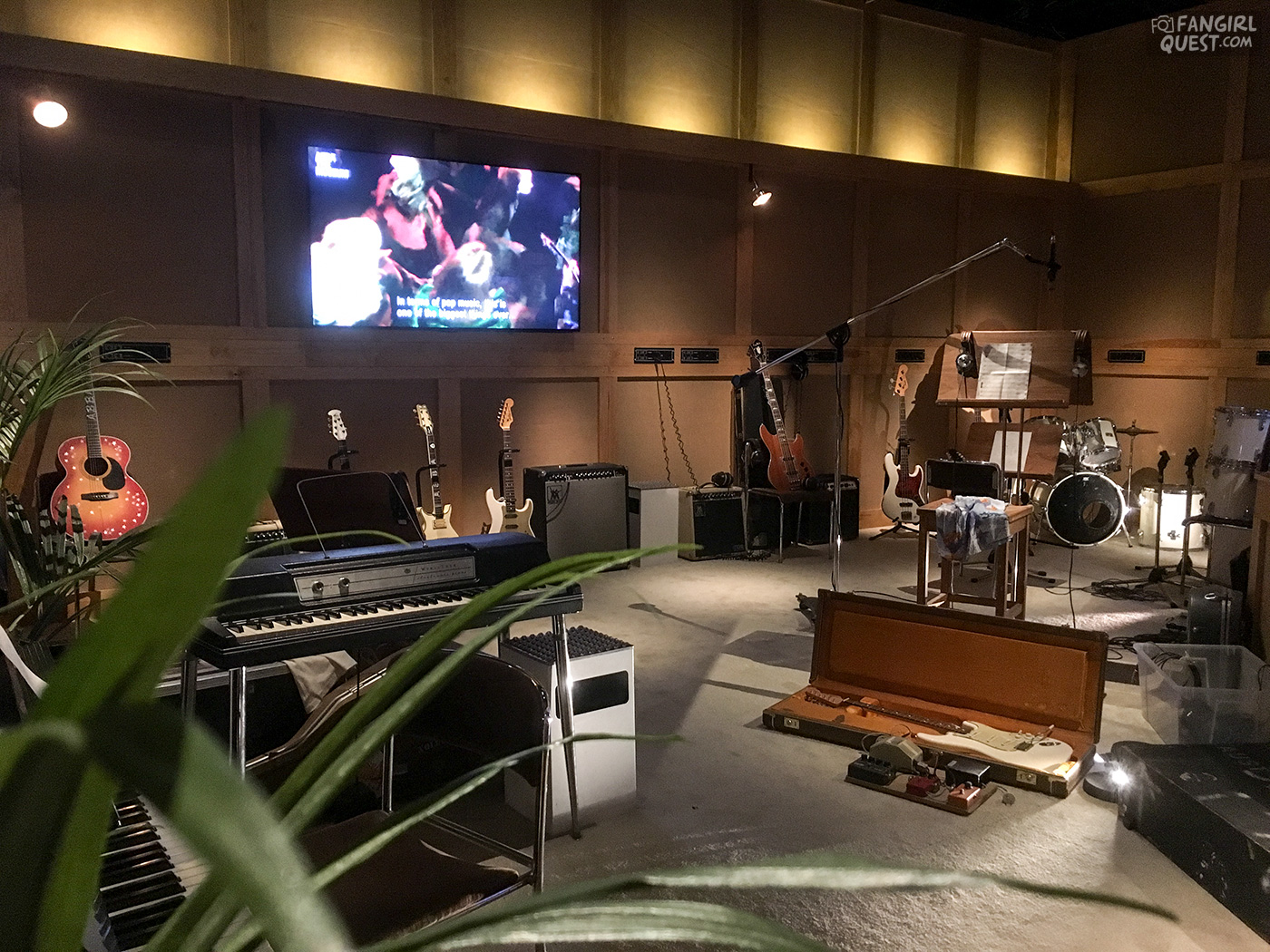 I mean, I’m not even a hardcore fan, just someone who would totally thank them for the music if I could and knows a few tunes word by word (because childhood), but I practically teared up while looking at the studio. It’s just really special to have all this saved and restored to its original condition. There’s nothing more amazing for a music fan than to stand there looking at the stuff that literally made music history. 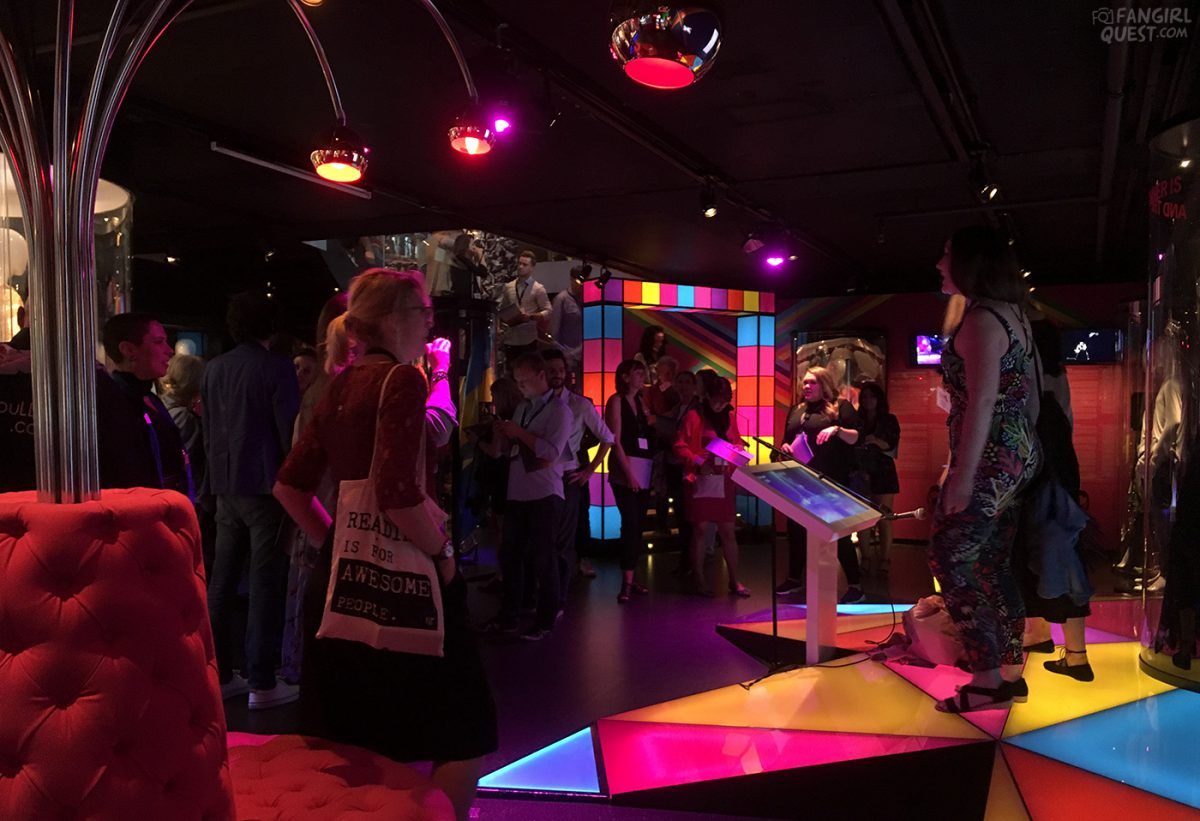 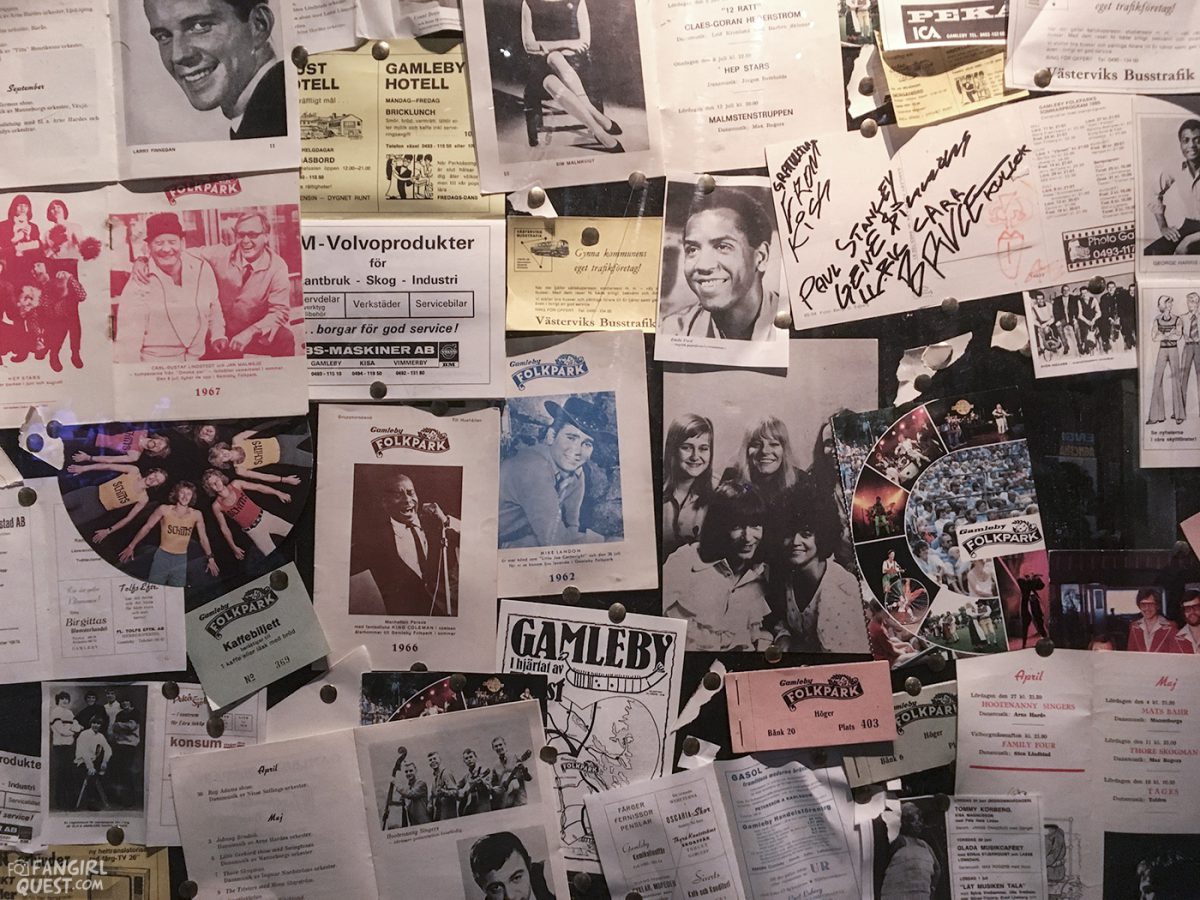 Legit tears at Fotografiska: the works of Nick Brandt and Bryan Adams

On my last day of Stockholm I headed out to check out one of my absolute all time greatest and bestest photographer heroes, Nick Brandt, at Fotografiska. I discovered his work only a few years ago, but fell completely and utterly in love with all of it. Originally, he directed videos – small little productions like a few music videos for Michael Jackson and Moby, but after directing Jackson’s “Earth Song“, he decided to bless us mortals with his wildlife photography. 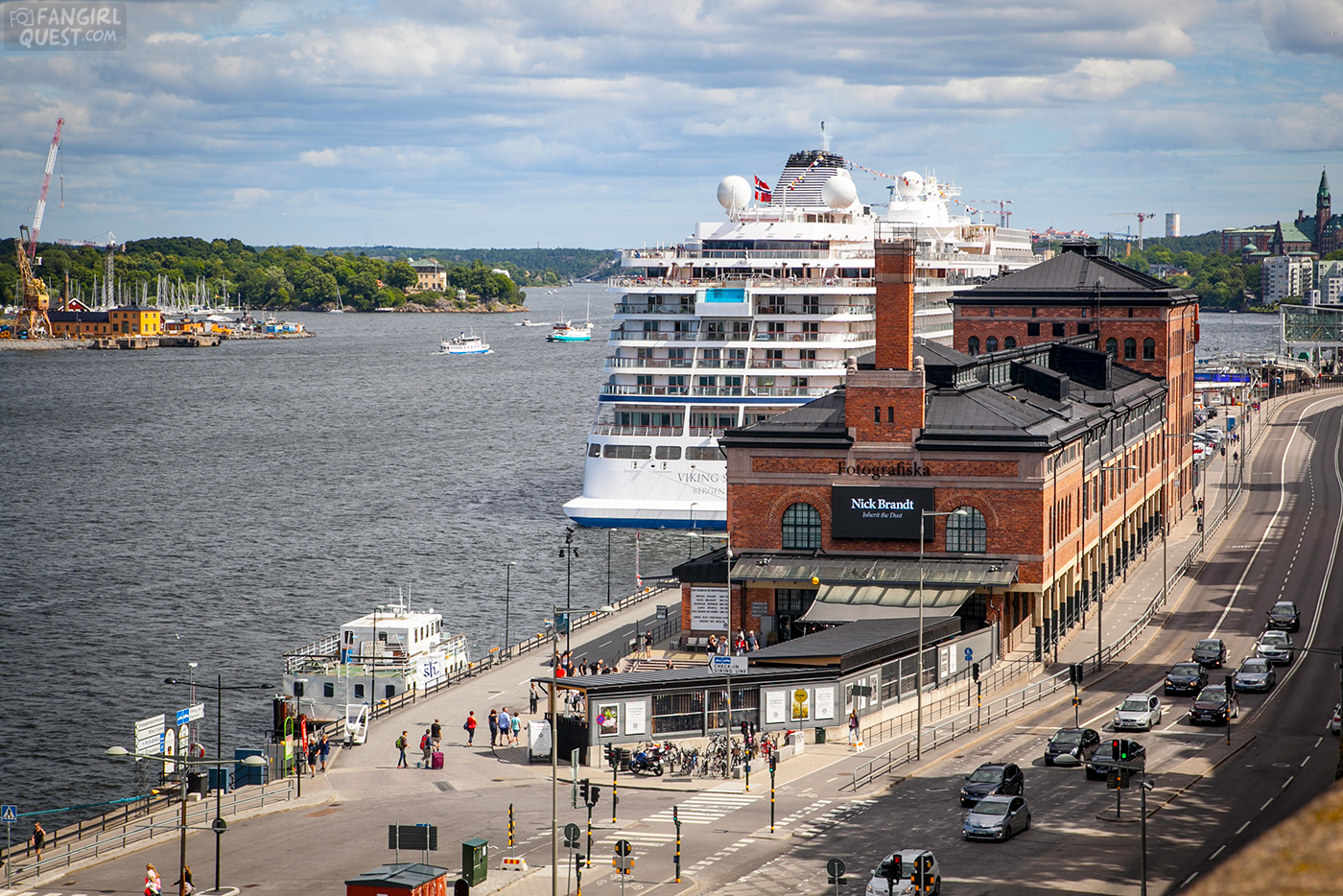 It was while directing “Earth Song”, a music video for Jackson in Tanzania, in 1995 that Brandt fell in love with the animals and land of East Africa. Over the next few years, frustrated that he could not capture on film his feelings about and love for animals, he realized there was a way to achieve this through photography, in a way that he felt no-one had really done before.

I haven’t met him personally, so I have no idea what he’s like in real life, but to me this sounds pretty much like the perfect man. So off I went. I took a lovely walk to Fotografiska, got there in good time, took a deep breath and stepped in. 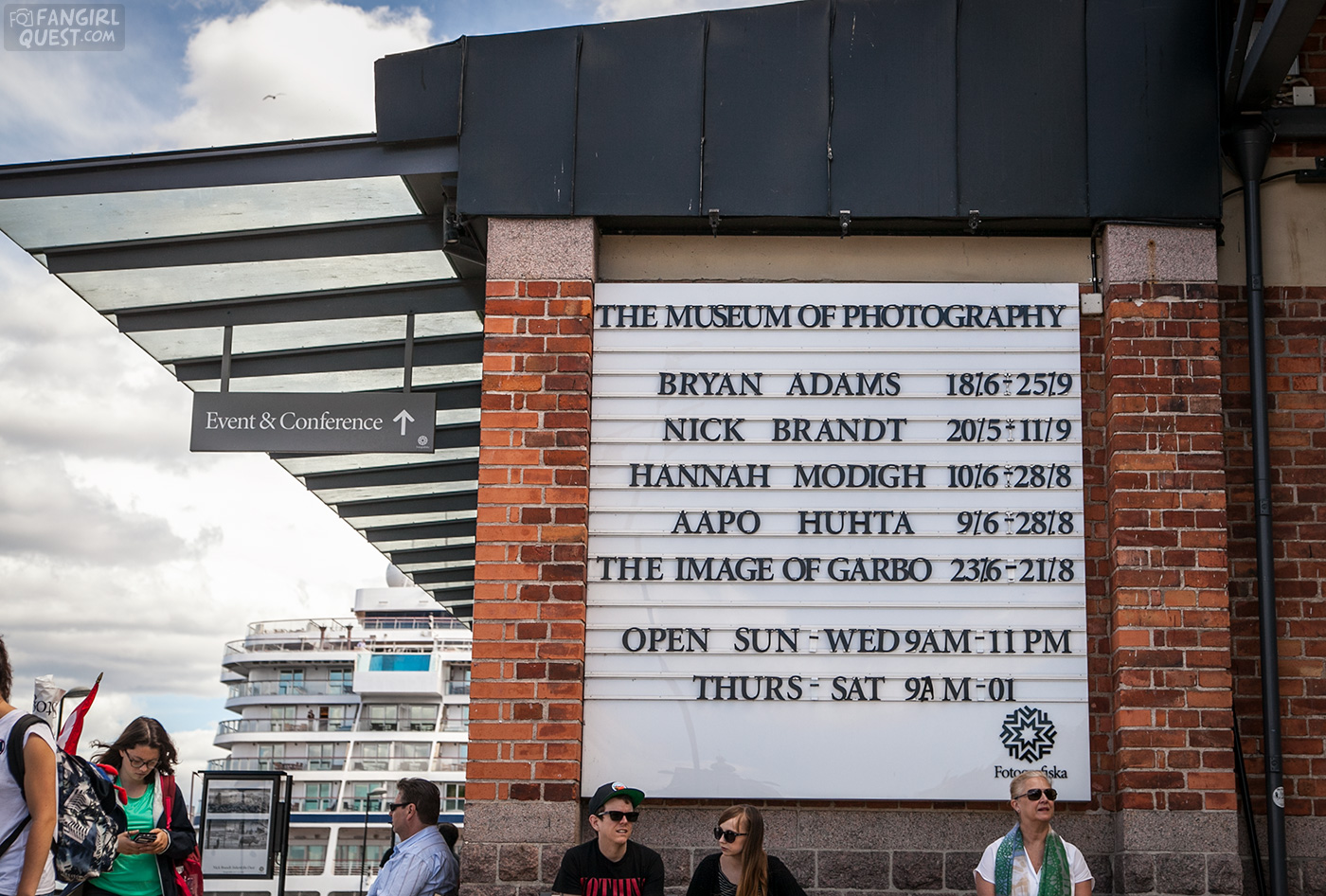 I knew going in what the theme of the exhibition was, but that still didn’t prepare me for all the feels. I feel very strongly about preserving wildlife, about treating animals with respect and about the humankind being just too damn arrogant with their endless abuse of their surrounding nature.

So, “Inherit the Dust” just broke me. Basically, this series of photos is about Nick Brandt exploring the ways that people have destroyed the homes to so many species. He used his portraits of African animals to create massive photo print panels and took them to locations now destroyed by man.

I’m tearing up just talking about it. You’ll have to have a look for yourself on his website. To me, Brandt is the wildlife photographer.

Want to hear a funny thing? After watching Brandt’s making of video and the whole of his exhibition, I just wandered off to some other part of Fotografiska. I didn’t really want to look at any other photos after that and I certainly didn’t expect to bump into a beautiful collection of portraits by Bryan Adams. 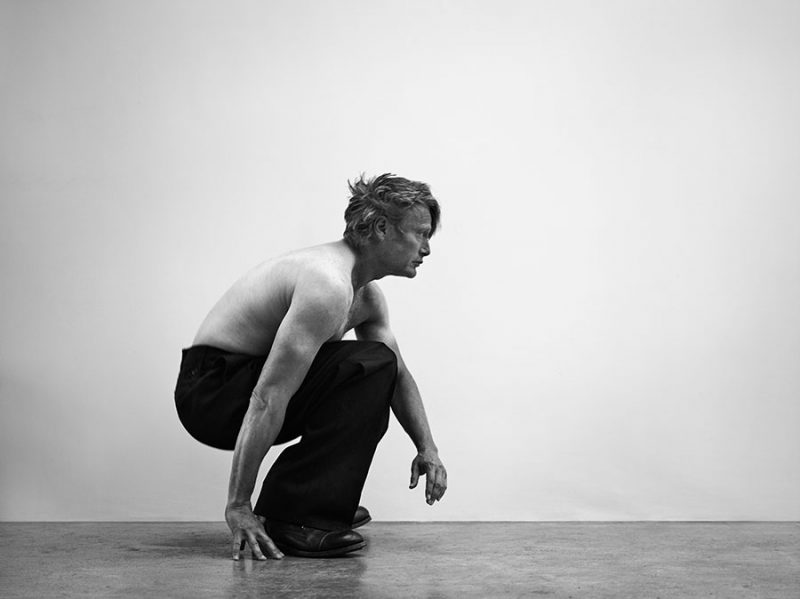 I saw his name outside… I thought “huh that’s funny, same name as the rock star”… but never figured it actually was the rock star Bryan Adams’ exhibition. I think I’ve heard about his work as a photographer before, but somehow just ignored the information altogether. But there I was, staring at stunning portraits by my teenage idol. Portraits of actors I admire: Mads Mikkelsen, Ben Kingsley, John Boyega, Dame Judi Dench and so, so many others.

It was ridiculous. I saw Adams’ photo on the wall and just stopped. “It’s him.” And then laughed at myself. Wow, Tiia… such knowledge. Much awareness.

But yeah. Those are my memories from TBEX Europe 2016. And here’s my dumb face photographed at the Forenom apartment right after I arrived to town for some serious travel blogger business. Doesn’t seem that forgetful, that head, does it?

But rest assured… it is. It forgot to write this story all those months ago. 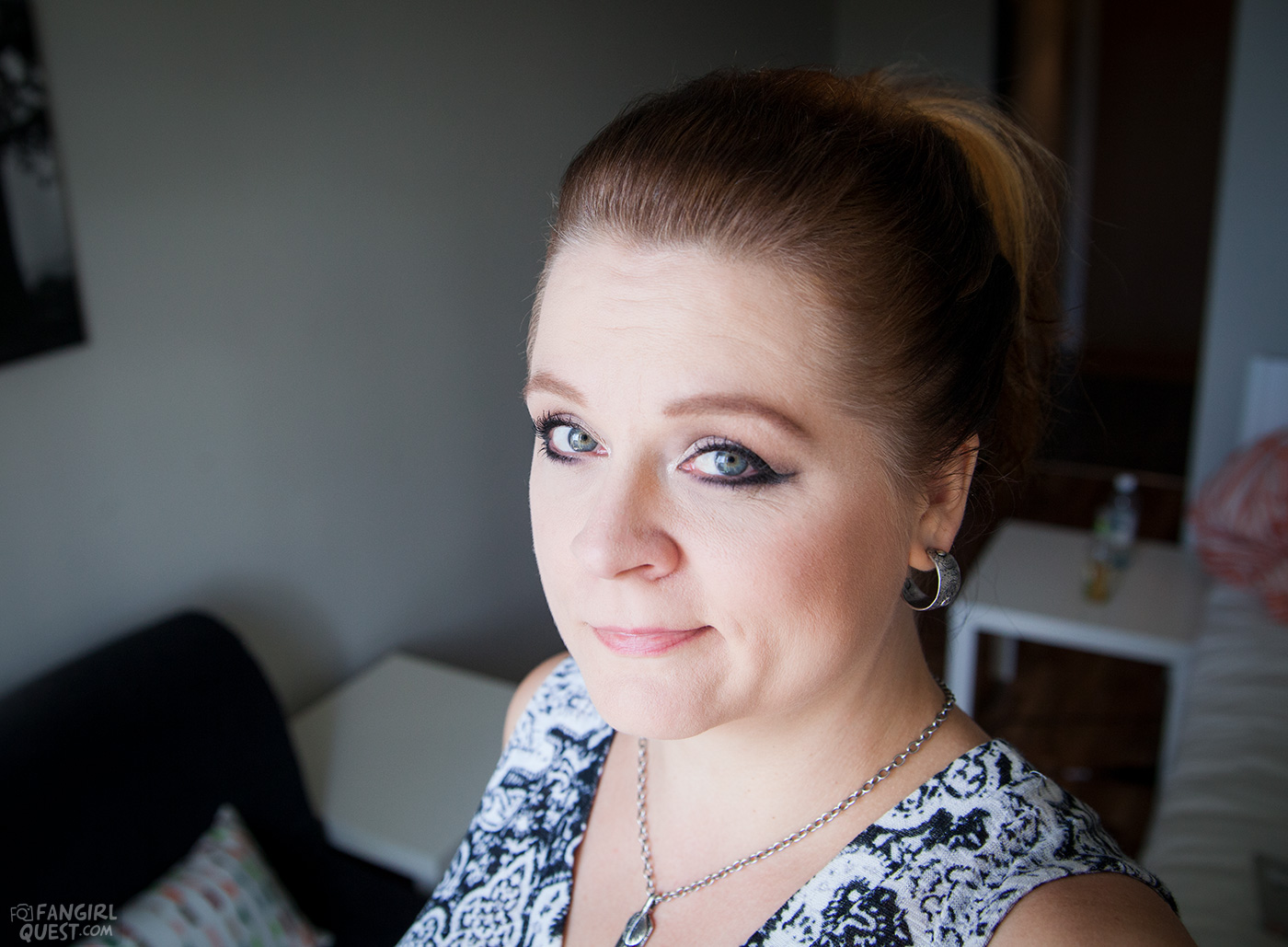 The blogger posts a selfie right here just to be closer to Mads Mikkelsen, HAHA. Not even kidding :(

The upcoming TBEX events you should totally check out

Unfortunately, we don’t have any confirmed TBEX events in our immediate future, but there’s certainly many of them coming up. In about one month from today, the travel bloggers are getting together in Israel. After that, it’s going to be Alabama, USA and in October, one of our favourite spots in the world: Ireland.

All the upcoming events are listed on the TBEX website.

So, if you’re a travel blogger wondering if it’s really worth it, believe me: it is. You’ll learn, you’ll grow, you’ll meet amazing people and you might even get to cry at museums.