Last night me and Satu attended the screening of #TAKEMEANYWHERE, a roadtrip film by the artist trio Shia LaBeouf, Nastja Rönkkö and Luke Turner. The artists themselves joined the Helsinki International Film Festival event and answered some questions afterwards. 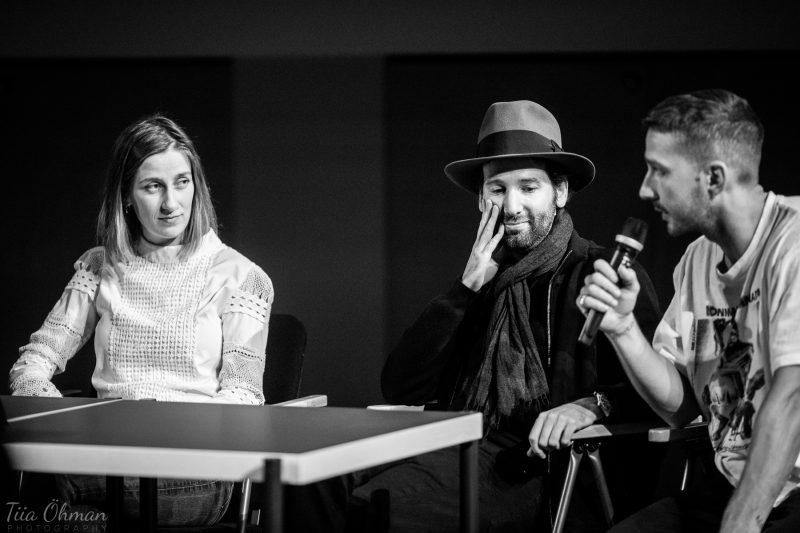 Rönkkö, Turner and LaBeouf in conversation.

The night consisted of a heart-warming 40+ minute movie full of glimpses into very different individuals’ life stories during a month’s roadtrip. The screening was followed by a discussion on arts, group dynamics, hitch-hiking & American politics.

Plus we got to chat to LaBeouf on the Amos Rex balcony above the busiest street of Helsinki. Which was extremely cool. 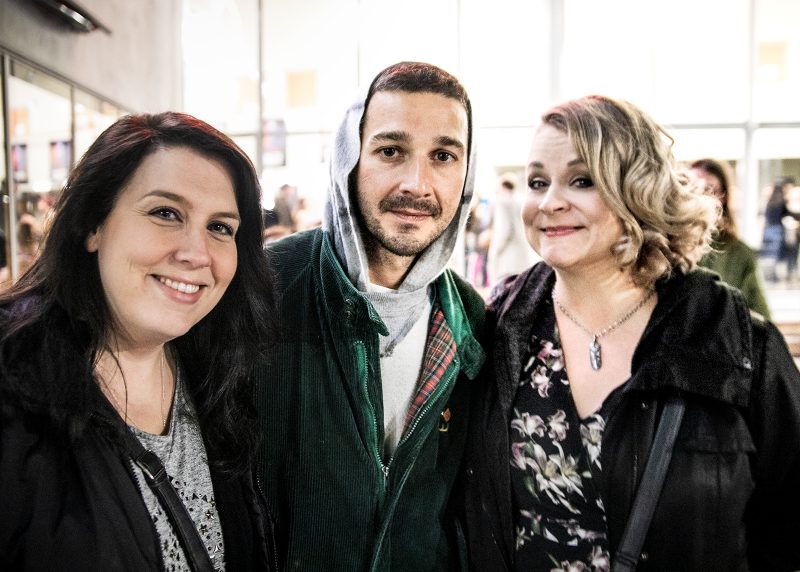 I’ve been a big fan of the trio ever since I heard about them through some of their first projects, starting with Shia’s peculiar (but brave!) I AM NOT FAMOUS ANYMORE stunt at the Berlin International Film Festival.

A month on the road with strangers

But what is #TAKEMEANYWHERE all about? Their website explains the 44 minute film as follows:

Each day for a month, the artists would post their coordinates online with the hashtag #TAKEMEANYWHERE and wait for a ride. Whoever then appeared could take them wherever they chose. For the duration of the project, their journey could be tracked in real time at take-me-anywhere.net, with their path entirely in the hands of the public. 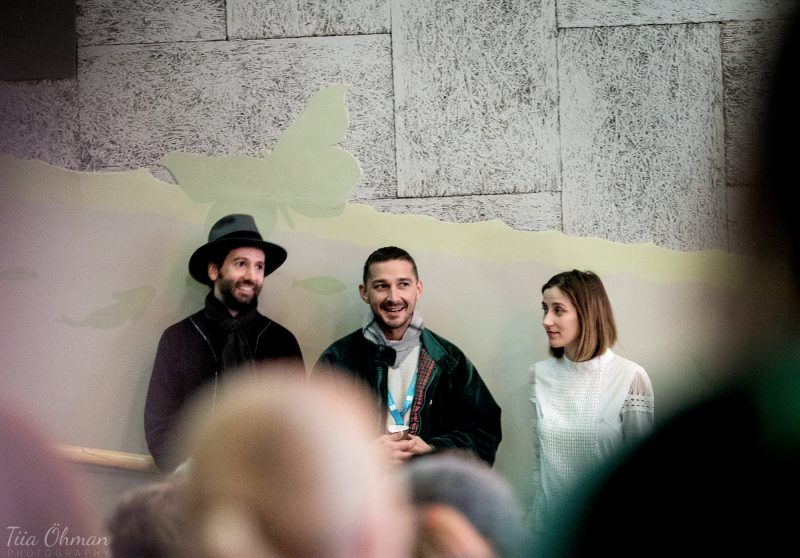 Turner, LaBeouf and Rönkkö before the screening.

Being familiar with the trio’s earlier work, I really didn’t know what to expect. But in the end, the movie made a lot of sense and left a warm and fuzzy feeling that last for the rest of the night.

(It also made me want to go back to roadtripping in the States SSOOONNN and I know for a fact Satu agrees.)

While I’m not a fan of interacting with strangers myself, I love watching it happen on screen. Much like the extremely popular photo project Humans of New York, hearing the life stories of regular people anywhere is super interesting and deeply touching. I mean, of course I can do small talk, but what these guys are doing goes so, so much deeper. During the making of #TAKEMEANYWHERE, they spent a month with complete strangers.

That’s hours and hours stuck in cars, at people’s houses, hotels, random locations. And they filmed most of it. I think it was mentioned that they had around a 100 hours of material, which is a lot to go through when going to editing. 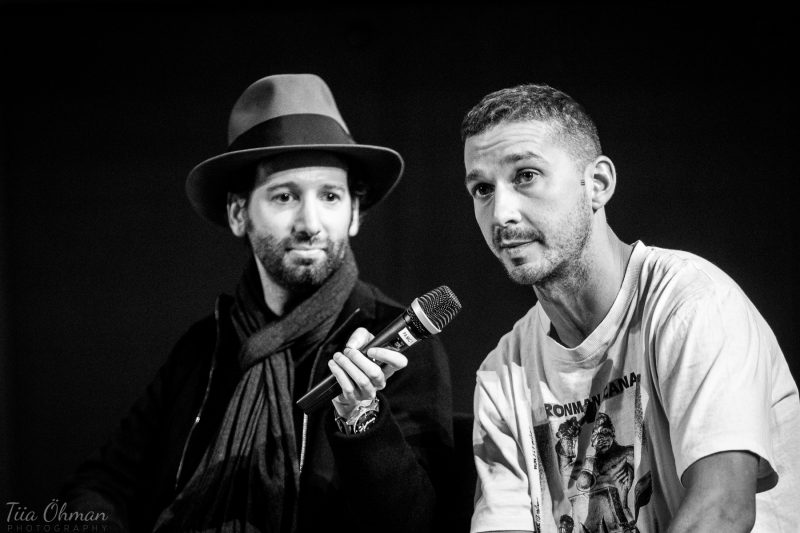 I’ve always been a fan of more traditional art myself: drawings, paintings, photography, sculptures, something I can look at and go “oh, that’s beautiful”. I never got modern art, like weird things in a jar you have to touch blindfolded or sniff at. Or trivial things organized in a certain way on a table and then we all have to look at it and wonder about its meaning, look all smart and go “hmmm”.

It would be easy to categorize what LaBeouf, Rönkkö & Turner are doing into that “I don’t get it” category, but somehow, I never did. Many of the projects they’ve done speak to me and so many other people on so many levels. Whatever they’ve done, I’ve also always wished I could’ve participated.

Their stuff is about human connection, in the end, with some modern elements like communicating over social media thrown in. And that’s what makes it so easily relatable and entertaining.

Just watch the film and I think you might understand what I’m talking about. 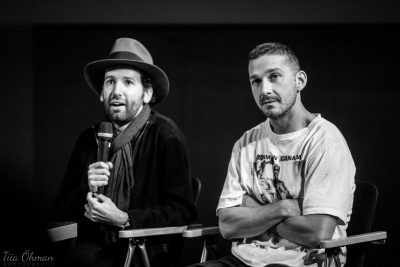 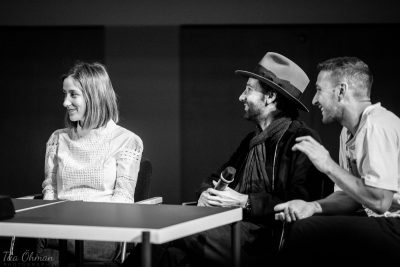 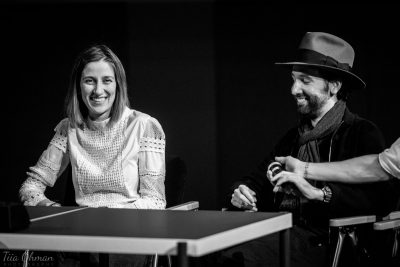 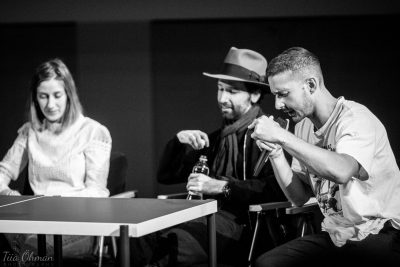 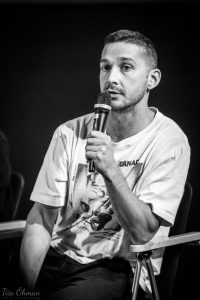 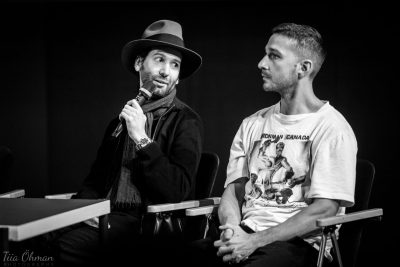 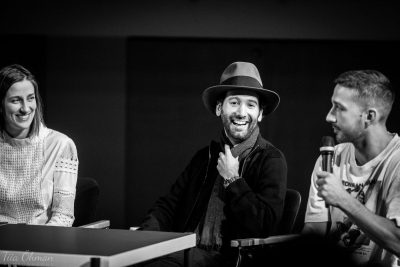