SDCC Seen From A Sofa: The Supernatural Edition 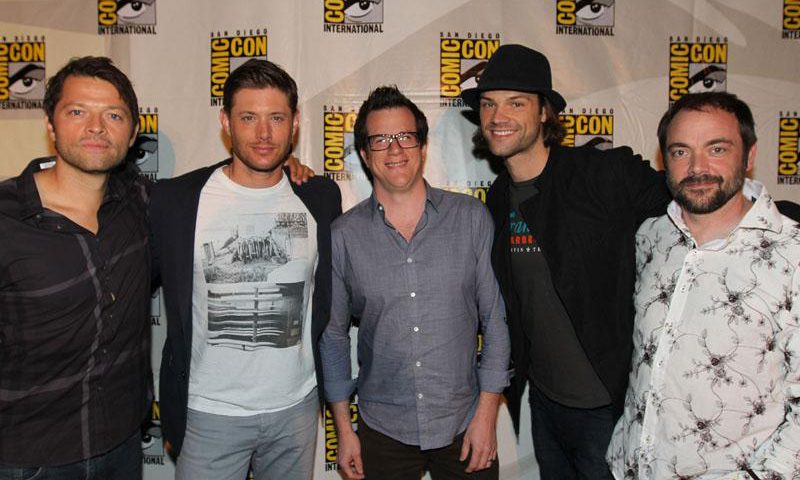 Now we can’t do Comic Con posts without a Supernatural edition! So here’s a collection of Supernatural related posts and photos for those who couldn’t make it to San Diego and/or are too busy to get lost in the magical world of social media and YouTube to see all these things.

If you watch just one panel from this year’s Comic Con, make it this one. Granted, it’s not the most informative but it’s 58 minutes of pure hilariousness. Trust us, if you’re a Supernatural fan, it’s more than worth your while.

As a bonus, moderator Aisha Tyler even instagrammed some photos of the aftermath

Sadly there hasn’t at least so far been an official version of the Supernatural panel online but there are several fan-made clips floating around. Like the one of the preview they showed from season 10. Hello Demon Dean…

You can read a pretty detailed transcript of the panel here.

Of course there’s loads of picture evidence of the panel, here are a few glimpses:

Some lucky fans also spotted the boys on the Comic Con floor:

You can see more photos from the signing on the show’s official Facebook page.

There was also that time when Stephen Amell took a moment to really admire the Winchester boys:

The inter-show love is definitely a two-way street:

And producer Jim Michaels had love for the whole fandom:

There was however one person who wasn’t that impressed by the SPN cast. Or at least their sense of style…

(Check out The Walking Dead and Benedict Cumberbatch editions of SEEN FROM A SOFA!)