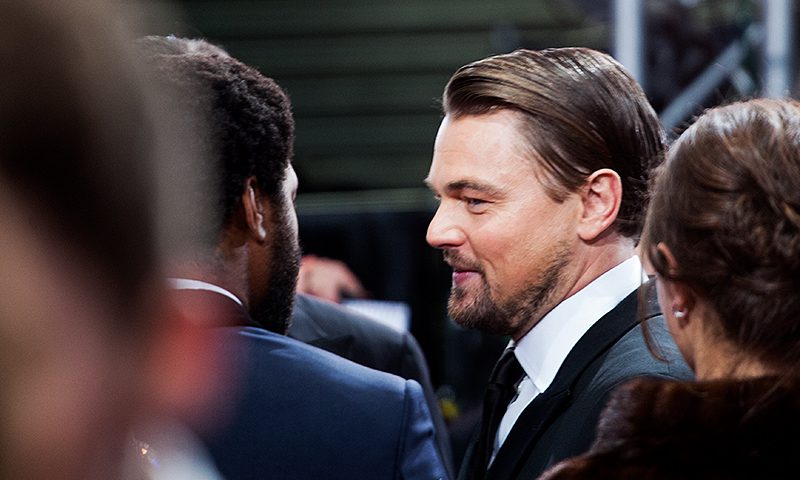 So we made it to the red carpet of BAFTAs and wow, that was physically demanding to say the least! But after a sleepless night, a freezing morning, a chilly day and hours in the queue, talking to other fans and trying to ignore all the pains and aches and hunger, we made it!

One of our favourite moments during the night was definitely the arrival of Leonardo DiCaprio. We’d seen a dozen Hollywood stars walk the carpet and sign autographs before him, each of them getting massive, attention seeking screams from the crowd, but when Leonardo entered the area, the crowd went wild. Someone in the audience started to chant “LEO! LEO! LEO!” out loud and in mere seconds everyone joined in creating a thunder of noise.

Even his fellow stars seemed stunned, stopping in their tracks, some of them taking video clips of the fans.

But Leo was all cool about. He finished his chat with the journalists and fellow actors, walked calmly to the barriers, gave a few autographs with a polite smile and continued his humble walk along the red carpet.

Who needs an Oscar when you have something like this, right?

Here’s some more photos from the red carpet. What a thing. Such a marvellous thing.