On A Cruise From Helsinki To Stockholm

Monument Valley: A Must Visit For Film Lovers (And Everyone Else!)

As we all very well know, Breaking Bad is one of the finest tv shows ever made. Even though we’ve already visited the actual filming locations in Albuquerque, New Mexico, we were pretty stoked to hear there was going to be a perfect pop-up bar in London for us hardcore fans.

The tickets were, not so surprisingly, sold out very quickly, but our good London based pal Essi managed to snatch a couple of them, just to treat Tiia for a late birthday surprise. And what perfect a surprise it was! 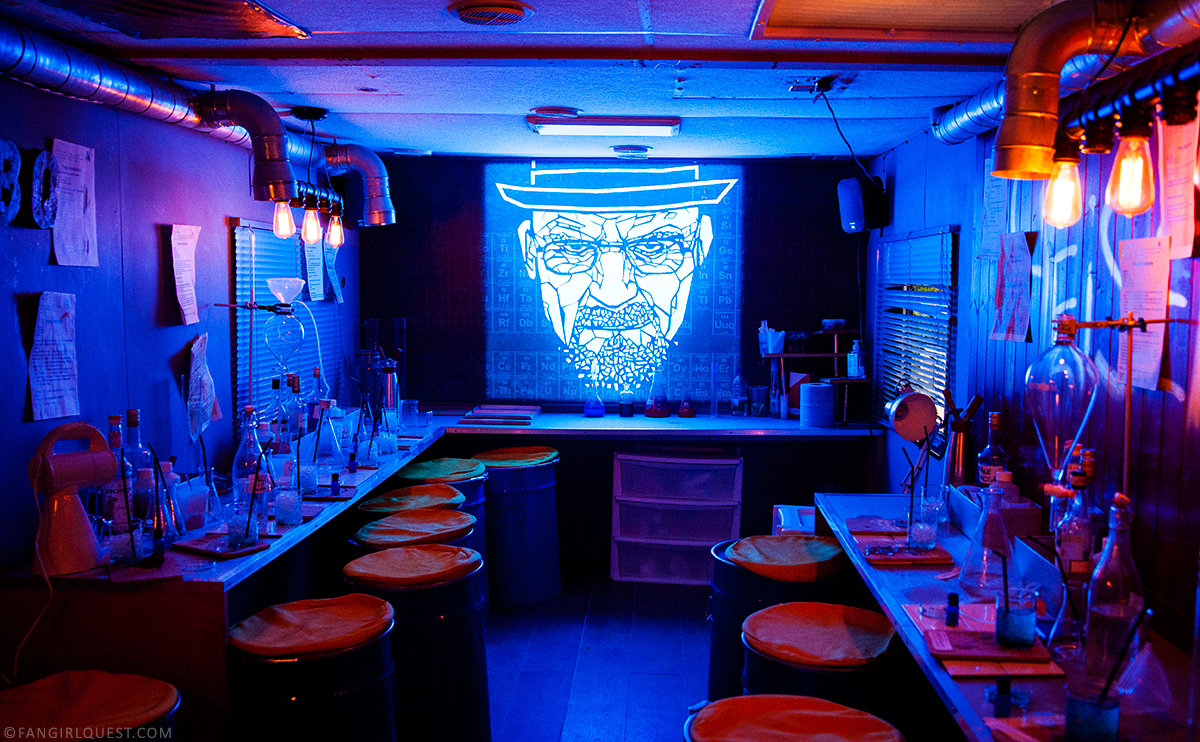 This magnificent Breaking Bad inspired pop-up bar was set up in a big RV parked in a backyard in Hackney Wick, and goes by the name of ABQ London (“ABQ” obviously standing for the city of Albuquerque, home to the characters).

What the ABQ package itself included was of course, cooking. But for apparent reasons, we weren’t cooking meth. Instead, we spent a couple of hours mixing delicious drinks in a very scientific, Heisenberg styled ways. 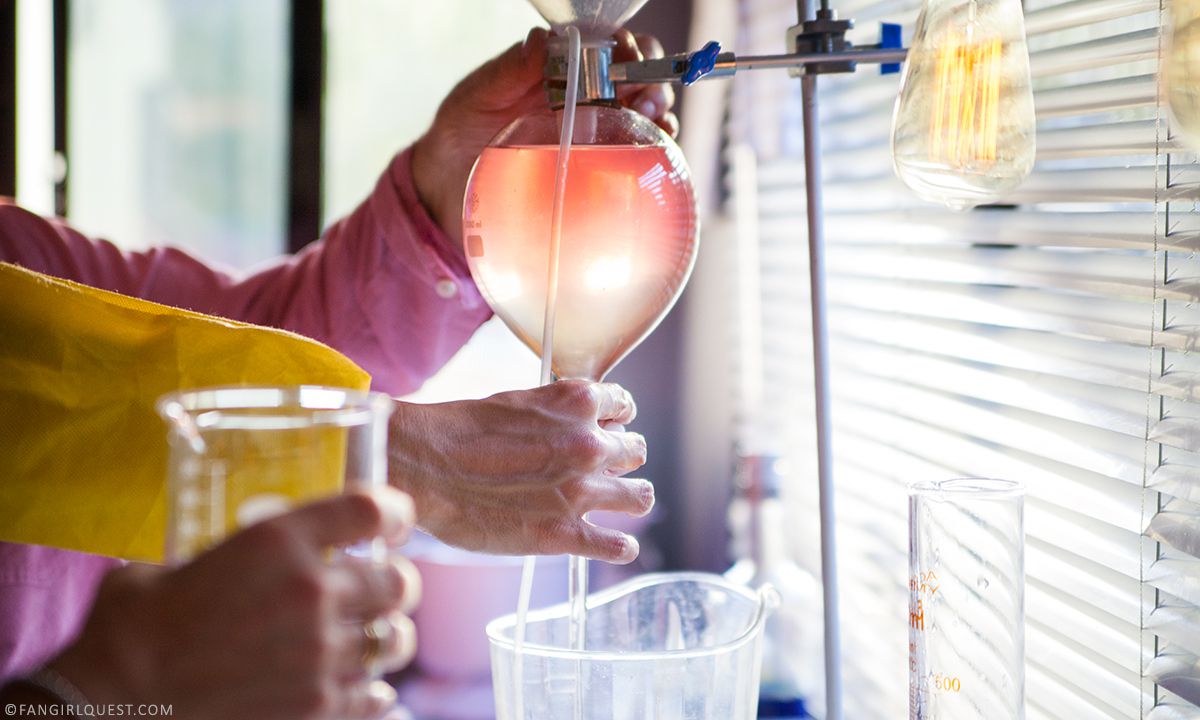 Naturally, the whole vehicle was decorated to match the Crystal Ship of Walter White and Jesse Pinkman. The only thing missing was the Albuquerque desert, but seeing as we’ve actually visited the Breaking Bad locations ourselves, including the very spot for their meth cooking shenanigans, it’s safe to say we weren’t missing the Tohajiilee desert heat that much.

Two of our Breaking Bad sceneframes photographed in Albuquerque, New Mexico in 2014.

Upon our arrival, we were welcomed outside the RV by a group of very in-character hosts who asked us to step in. Then we were divided into teams of four or five people.

Before getting to work, we listened to a fun welcome speech followed by a few safety instructions.

The next couple of hours were spent following exciting recipies and mixing liquids, powders and other ingredients. The result: amazing cocktails.

The first drink we mixed was accompanied by this acidy-fizzy strawberry powder to dip your finger in… and dude, how we wished we could cook drinks like this every time we invite some friends over! 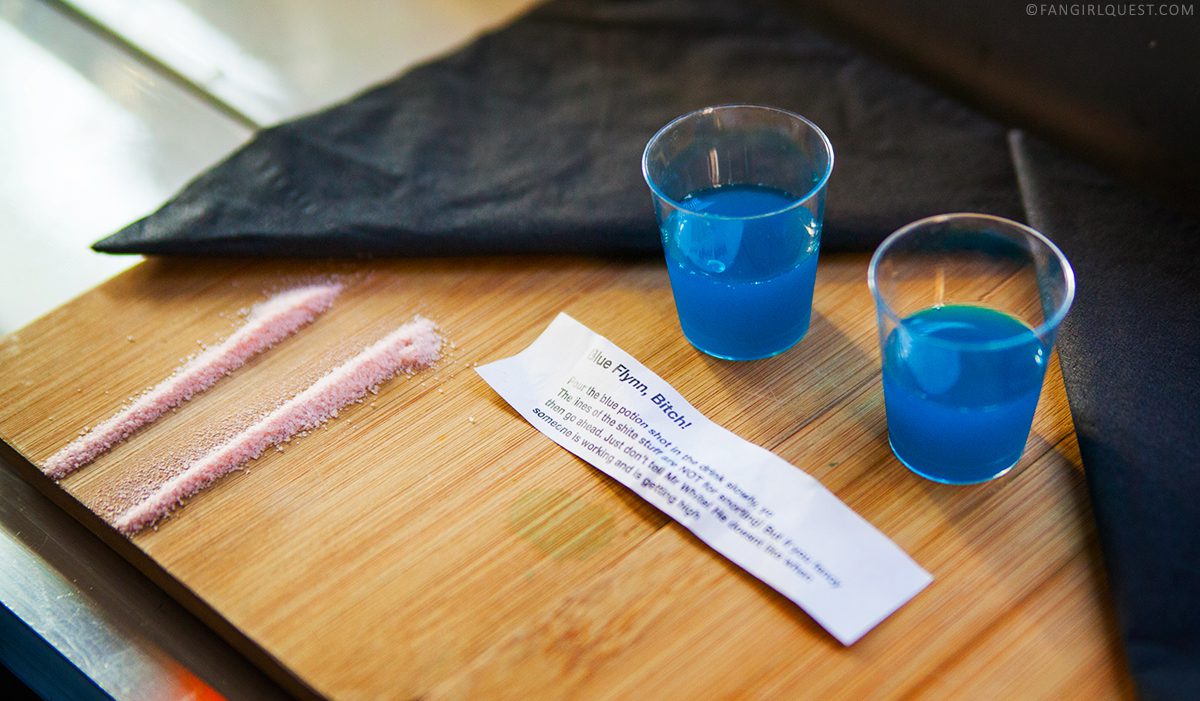 Cooking in the blue light / Some mysterious ingredients.

Our most complicated drink took a while to prepare as we were working with a big chunk of dry ice …and quite lot of rum. 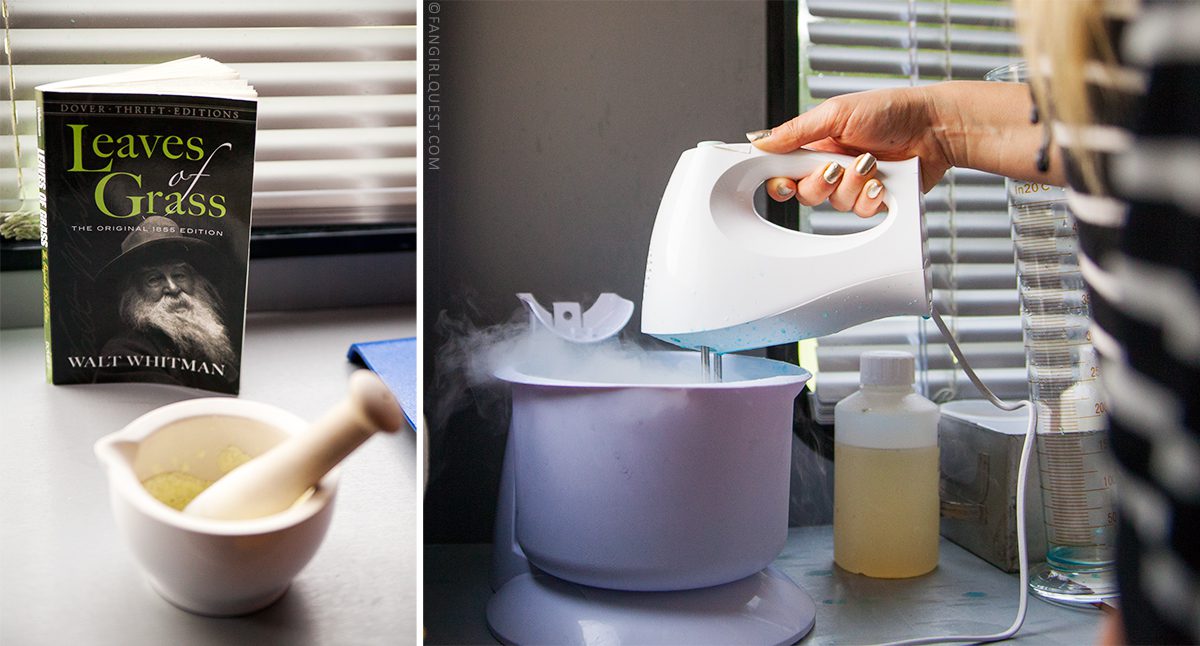 A familiar book to any true fan of Breaking Bad / Working with dry ice: exciting!

We had a lovely chat with our hosts and learned that they’re organizing a Breaking Bad themed Halloween party this year. They’re also planning to take the whole cooking experience into bigger facilities, just to give more people an opportunity to experience it. 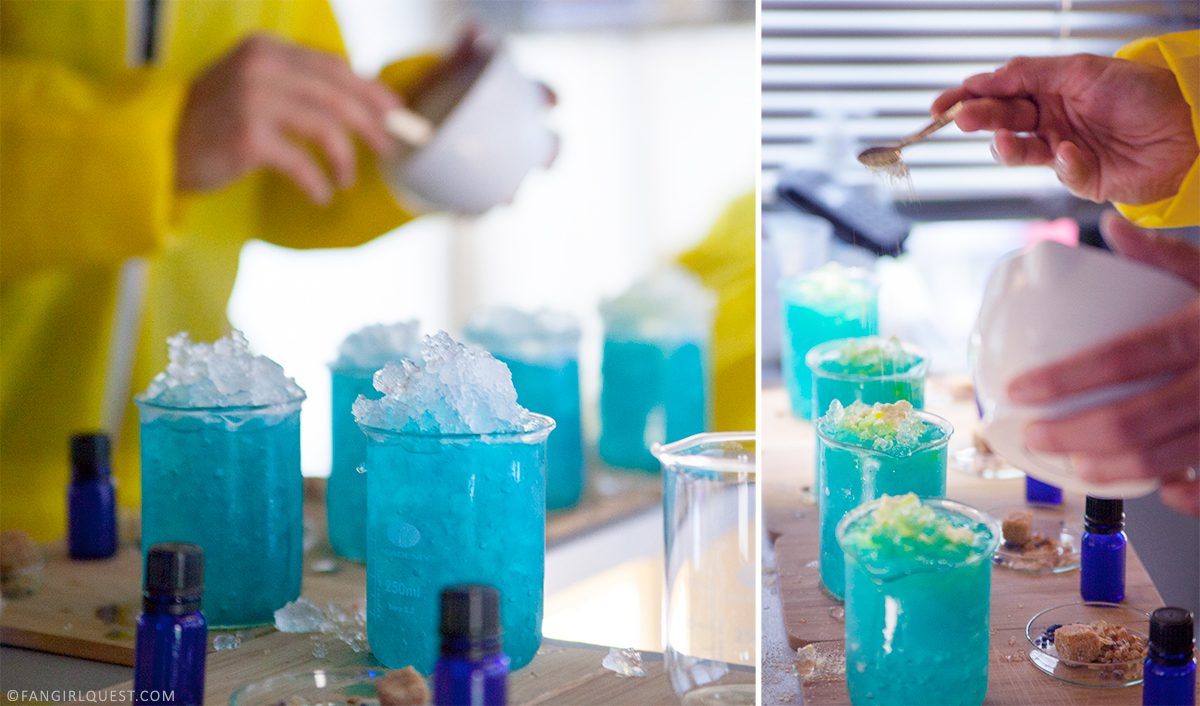 The next event is going to take place at a Superlab replica, which sounds all sorts of awesome! We’re really hoping we can attend that one too. 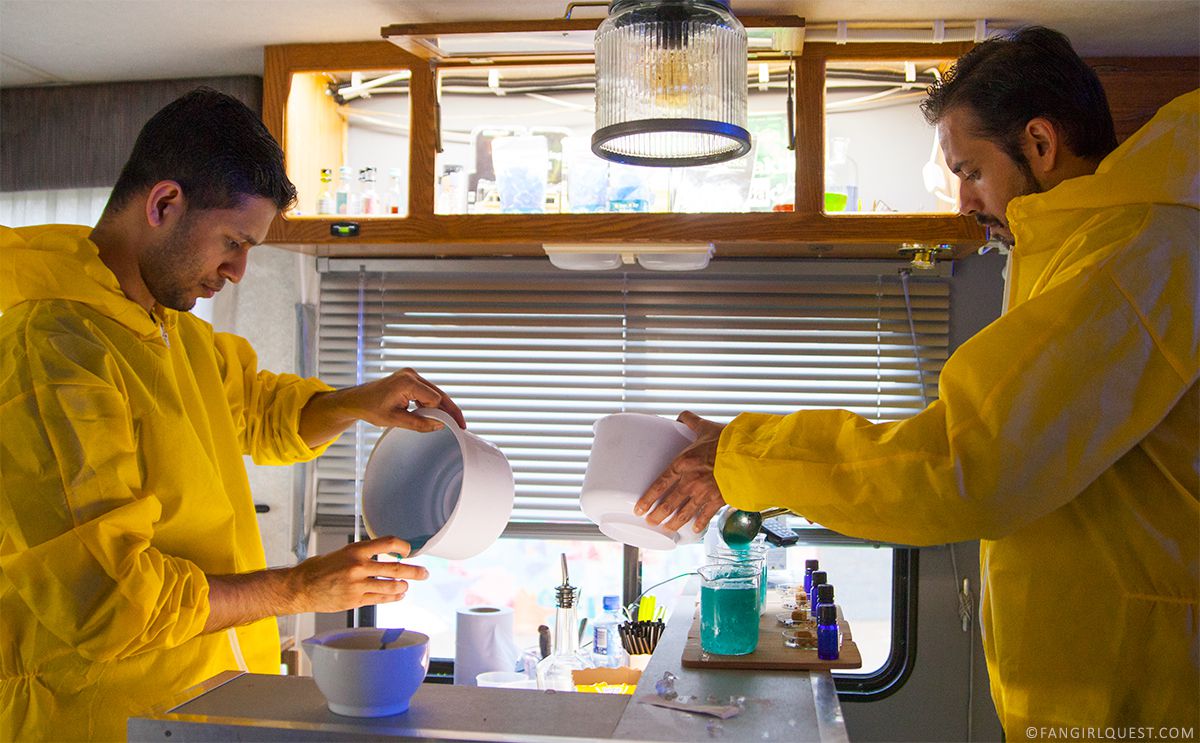 Our lovely hosts at work.