Finland isn’t big on fandom events. They don’t film Doctor Who here and you can’t catch a glimpse of Benedict Cumberbatch or Tom Hiddleston at a red carpet premiere. So when I found out that Andrew Scott was coming here for the Helsinki International Film Festival – Love & Anarchy to promote Ken Loach’s new movie Jimmy’s Hall the reaction scale went from disbelief to sheer joy. There may have been some screaming at some point. 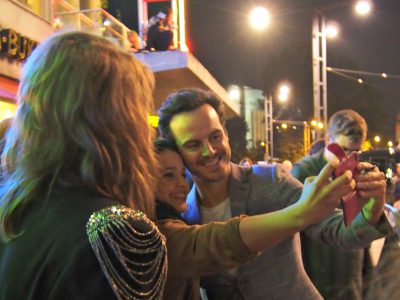 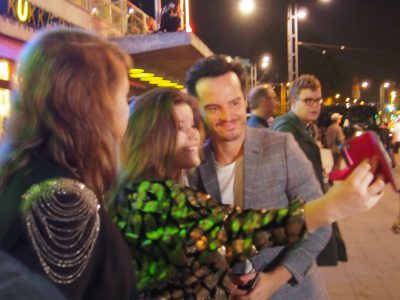 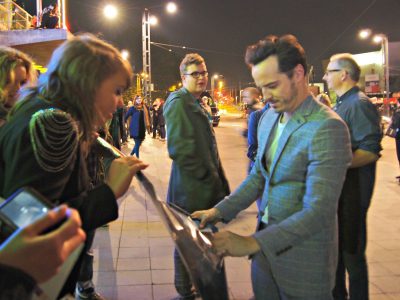 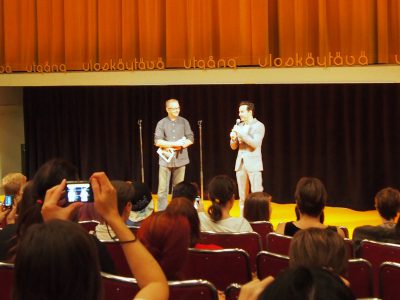 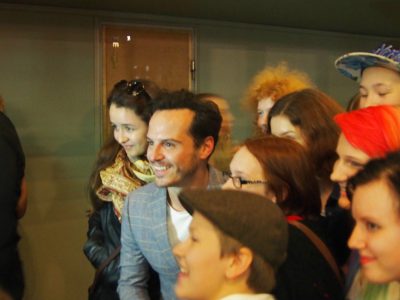 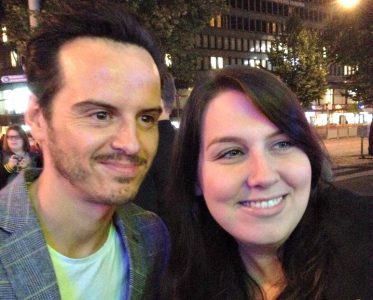 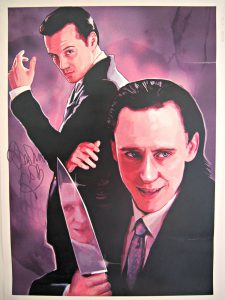 Before the movie there were a couple hundred fellow fans waiting in line but the security assured us that Andrew would be very happy to sign some autographs and that he would get to everyone waiting. And so he did. Andrew Scott easily falls into the category of Nicest Celebrities We’ve Ever Met and he spent a good half an hour making sure everyone got their pictures taken with him and their stuff signed and smiled and chatted happily with everyone. I got him to sign Tiia’s amazing Lokiarty artwork for me and he seemed genuinely impressed by the painting. When I told him it was by a friend of mine he made sure I would “tell my friend she’s very talented.”

The movie itself is based on a true story of an Irish activist who got deported without trial in the 1930’s. While the subject matter is oppressing, the movie is surprisingly heartfelt and optimistic. Scott has a rather small but important role and needless to say he pulls it off beautifully.

Despite being severely jetlagged after flying in from New York the same day and apologizing for “being like a zombie”, Andrew also did a Q&A after the movie. He spoke of how the director of Jimmy’s Hall, Ken Loach is “a very secretive man” and some of the actors never even met each other during filming. When asked what sort of characters or genres he’d like to do in the future he stressed that he’d love to do whatever he hasn’t done before – like romantic comedy. Apparently he’s main interest is doing “something where I’m not psychopathic”. Which is a shame because let’s face it, he does psychopath really well. During the Q&A it was also revealed that his favorite superhero is E.T. and that he has, in fact, never kissed Benedict Cumberbatch. When asked for his favorite Moriarty quote he said that the character has a great opening line but couldn’t actually remember it – jetlag again. I’m sure our Sherlock fans could help Mr. Scott with this one…