Quite soon after our first ever filming location roadtrip we both moved to Wales for a while. From our little home in Cardiff it was quite easy to visit a lot of filming locations in the UK with a very small budget. We still joke about always choosing a rental car over any other life’s necessities: winter coats, cosmetics, nights out in town… but it was never a joke.

We always chose a good roadtrip over the more boring, everyday things we actually very much needed. 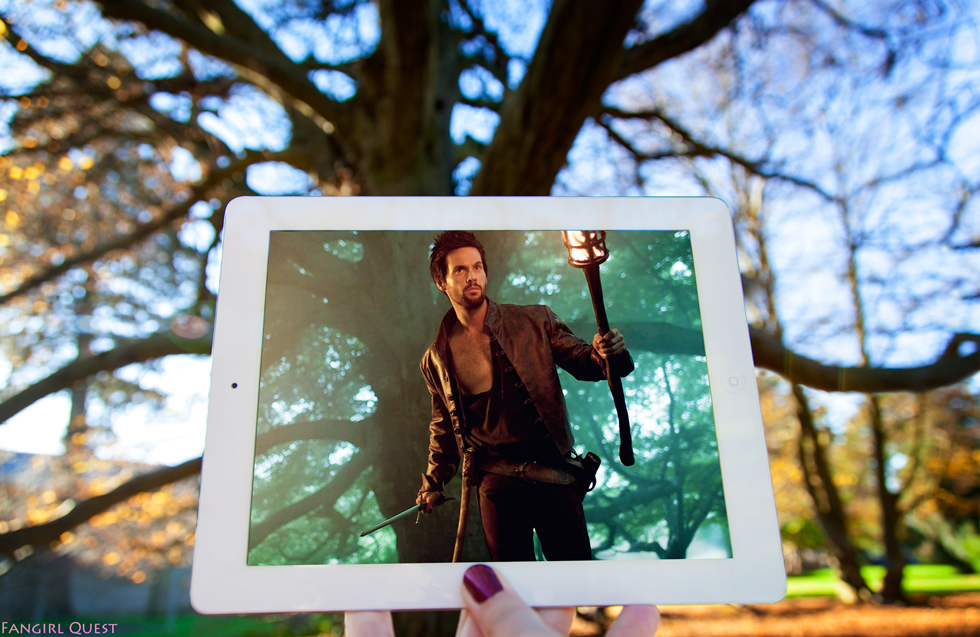 Around that time the first episode of Da Vinci’s Demons aired. We fell in love with the show: the characters, the stories and the whole mad, magical world of young Leonardo Da Vinci, brilliantly played by Tom Riley.

We visited a few of their locations: Castle Coch near Cardiff, Puzzlewood and seen above, Margam Country Park. Not only a filming location, the Margam Castle and its surroundings with all the fields, buildings, the garden and even a (somewhat) wild pack of deer all make up for a fantastic place to spend a beautiful sunny afternoon.

Tom was also one of the first actors to acknowledge our Quest —  at least the first that we knew of. I was at home watching a live interview with him and Eros Vlahos and sent over some silly questions. Tom recognised our Twitter handle and exclaimed “I know them!”, then went on explaining the whole concept of sceneframing to the interviewer and Eros.

We’ve since met him a couple of times and he’s become one of our big Fangirl Quest favorites. But that live interview and our first trip to their filming locations still remain some of our most memorable moments.