A scene from Raiders of the Lost arc, filmed at San Francisco CIty Hall.

Who doesn’t love Indiana Jones!? We’ve both been to beautiful San Francisco a couple of times, but never really stayed long enough to explore everything the city has to offer. We’ve seen the Golden Gate, had some pretty great food and city walks; we’ve witnessed the noisy, smelly, fantastic harbour seals and met some lovely locals. We’ve even explored some Star Trek locations, but there’s really a lot more we’d like to see and do.

During our big roadtrip in 2014 we only had one full day to spend downtown and do what we came to do, so we had to choose our filming locations very carefully. 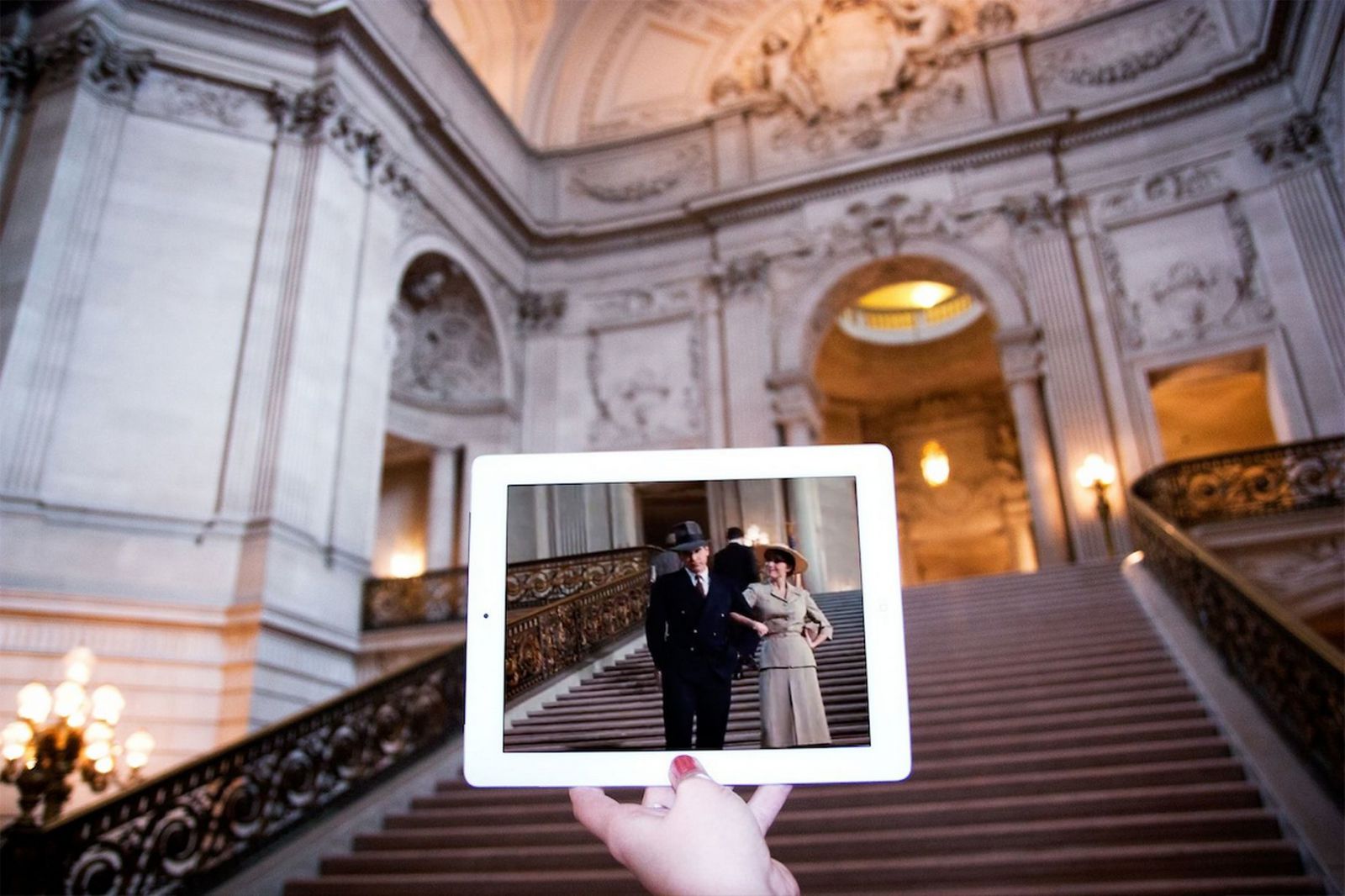 A scene from Raiders of the Lost Ark, filmed at San Francisco CIty Hall.

The San Francisco City Hall was a pretty good pick: they’ve filmed things like Milk and even Pretty Woman there, but most importantly, they filmed a scene for Raiders of the Lost Ark (1981) in the massive staircase in the main hall. So we got to frame Indy! Yay!