Bear warnings! Bear warnings everywhere! This sceneframe from the Brokeback Mountain campsite location in Kananaskis Country was one of the most nerve-wrecking we’ve ever done. The area is absolutely stunning and we really wish we could go back for a longer stay some day… but if we do, we’re definitely bringing someone who actually knows something about hiking in the wilderness. 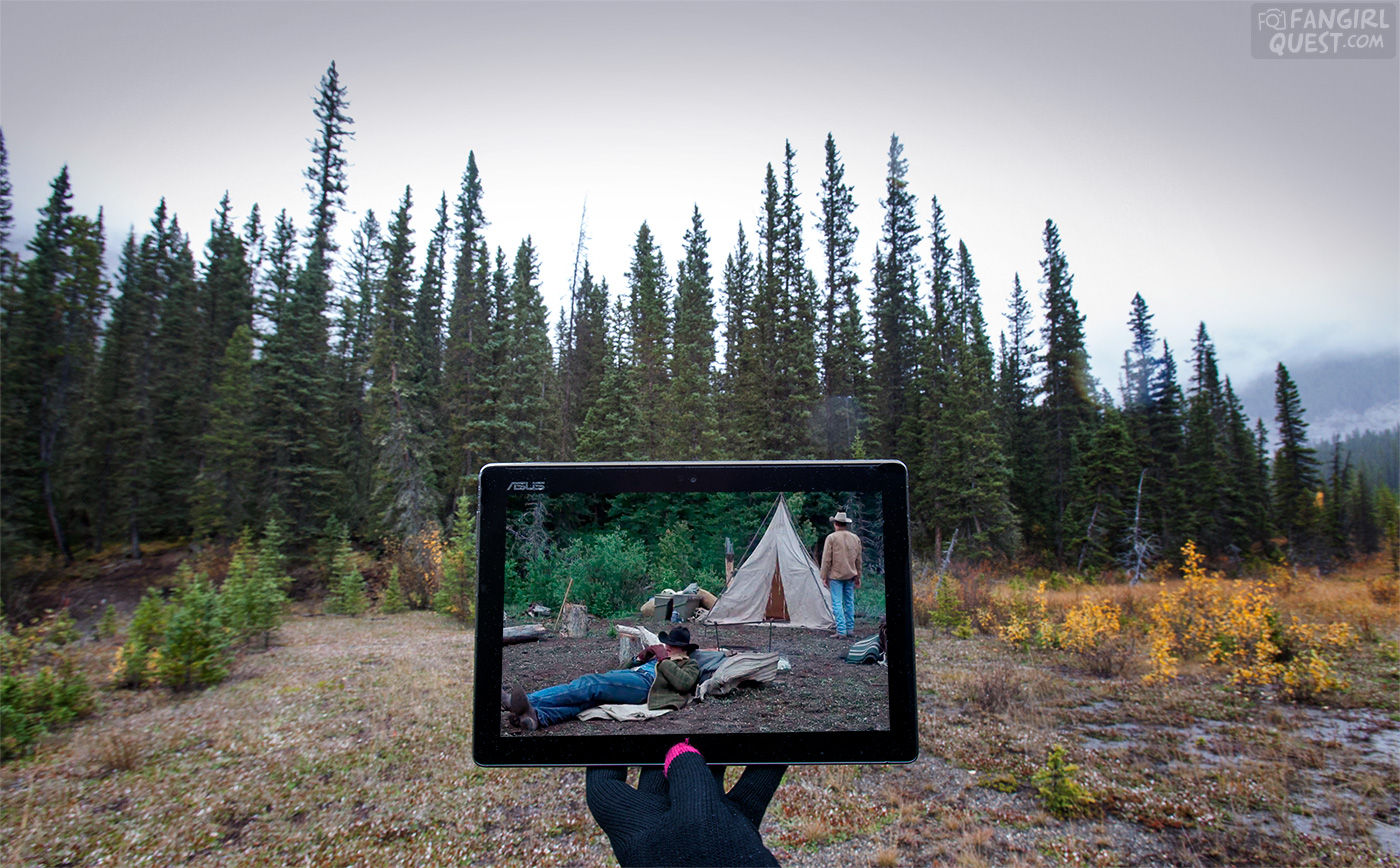 Some of the Brokeback Mountain locations were filmed in the Calgary city area, which made our work easy enough. But the scenes filmed in the Kananaskis mountains really required some so called guts. Everywhere we stopped, there was a sign telling us to “be bear aware”, with instructions to carry around a bear spray (such a thing really exists, can you believe it?!) and other handy tips on how to, well, basically not get eaten by a grizzly.

We even saw some real, live, wild grizzlies near a visitor center a few miles from this particular location, but we decided to try and go for it anyway.

When we found the right narrow dirt road that would take us near Jack Twist’s (Jake Gyllenhaal) and Ennis Del Mar’s (Heath Ledger) original camp site, we started questioning the whole mission. We parked, we thought about it, then decided to just “have a little peek over the hill”. 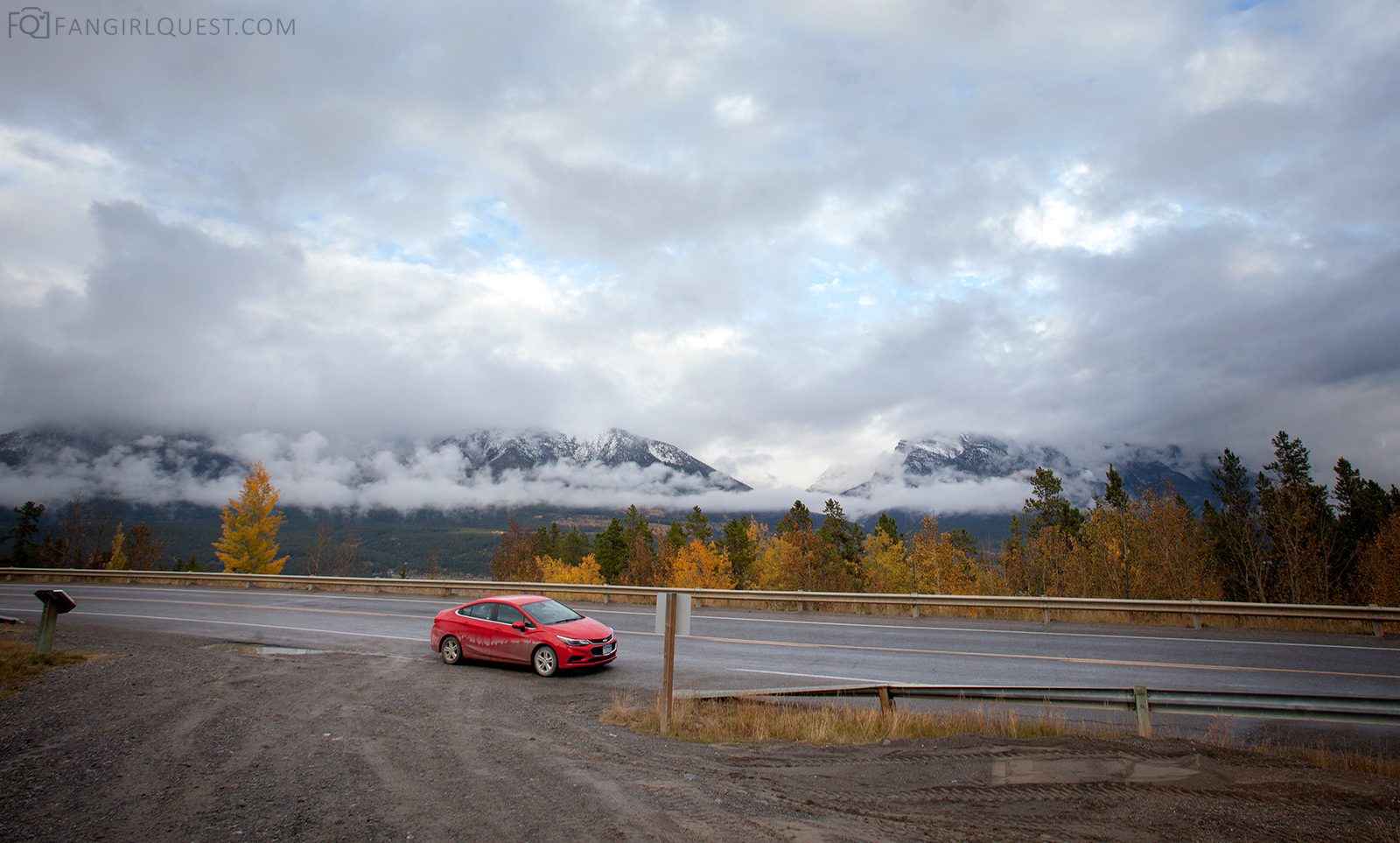 Our car posing in the Kananaskis Mountains. 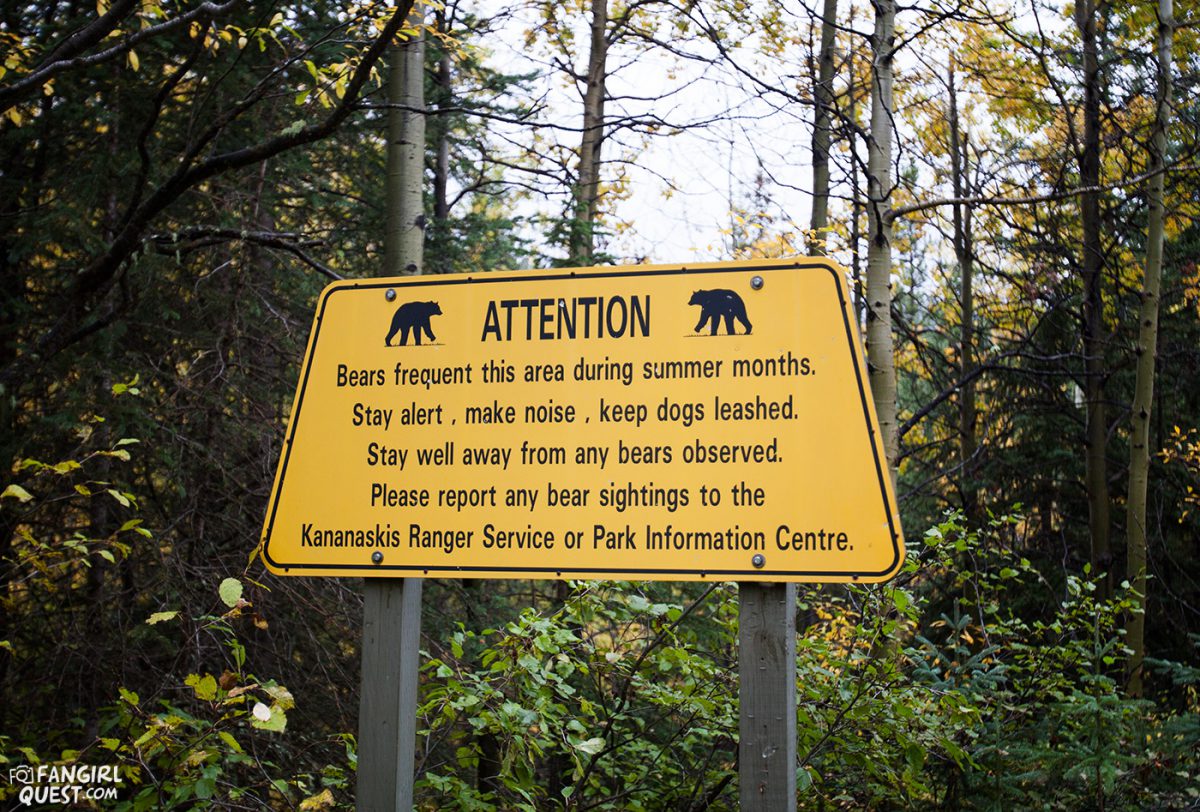 Bear warnings. Here and there and everywhere. 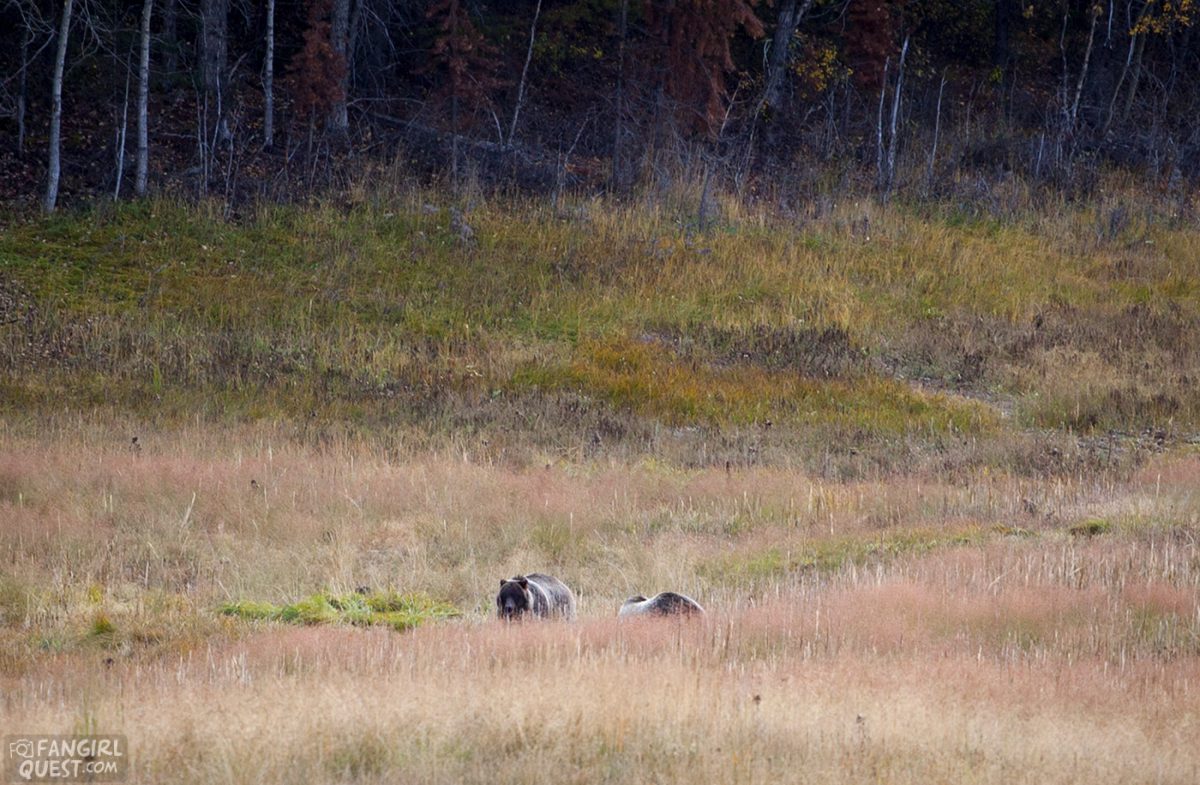 Oh look, two grizzlies right there. Should we go hike in the forest now?

And we just kept on going. We only had less than half a mile between us and the location, but that half a mile was all bear country. With no people, buildings or any other kind of safety nearby. We sang bear songs, we shouted friendly things to them, we even pleaded for our lives in a very loud voice.

We’re idiots. Why are we so stupid? No-one knows we’re here. We’re going to die.

The photo moment in the location itself was a quick and shaky one. It was raining, it was freezing cold, and we were very bear aware. The temptation to ignore all warnings and just run out of there was not a small one, we can say. But we managed to walk back in a calm and controlled manner… while singing the ridiculous bear songs all the way.

Phew. Let’s not do that ever again, ok?

PS: We have tons of Brokeback Mountains location stories & photos coming up. Please check back soon and follow our Facebook page for news and things! 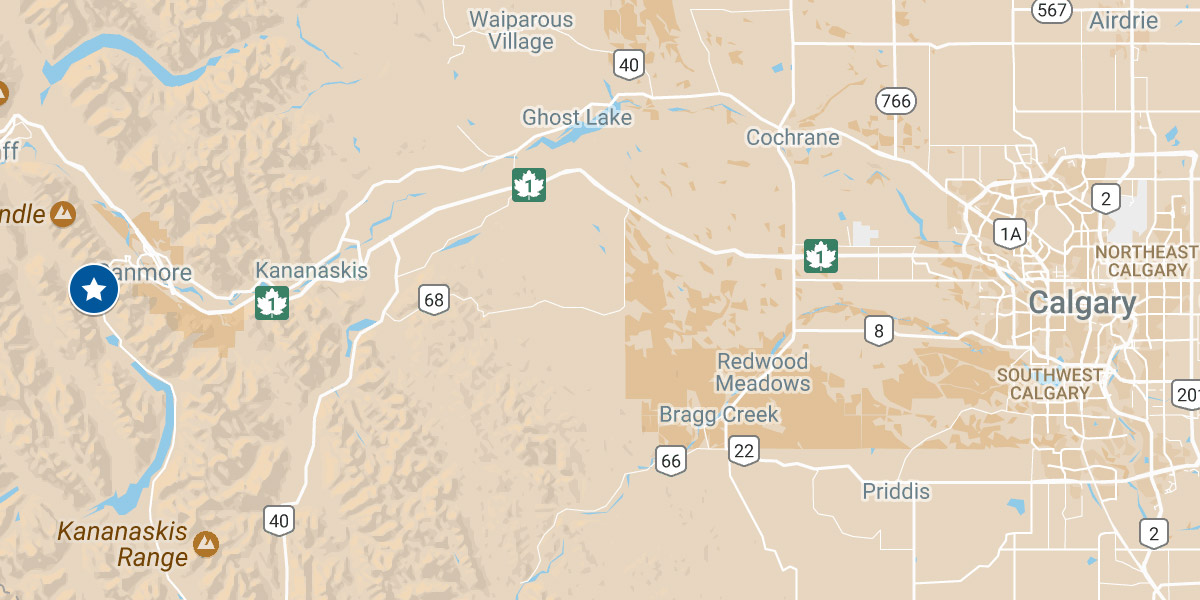