The Avengers! There have been many, many Marvel movies after The Avengers, but as the first one that had them all together, it will always be super special to us. Here’s a photo we took at Bethesda Terrace, NYC and a little story to go with it.

We visited New York after our 6-week roadtrip in 2014 and were so exhausted we really had to struggle through our five days in the city. Imagine that: being in NYC but missing your own bed almost 24/7.

However, our stay didn’t all go to waste: we did a lot of sceneframing around The Avengers and even a few other films, which was quite the achievement considering our state of mind. Which was basically: “I need sleep. I want to sleep.” 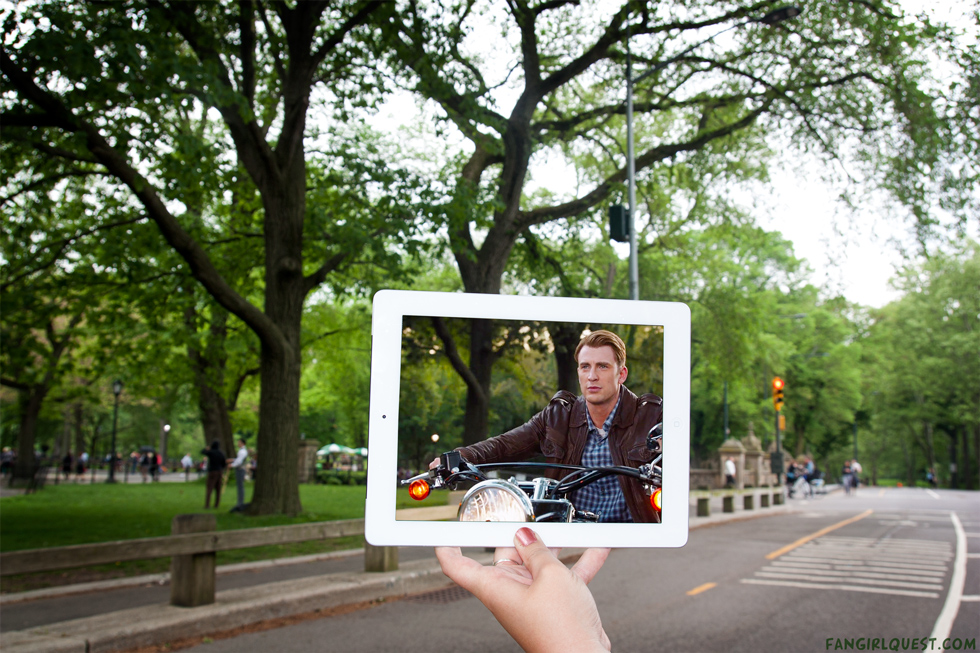 The ending scene from The Avengers was filmed at Bethesda Terrace and Fountain in Central Park, so off we went, all happy that we actually had a scene featuring the whole posse (including Loki!) without the cgi magic ruining all the backgrounds from us framers.

However, not everything turned out perfect. That’s why I decided to share this one feat. Captain America with you guys. We took this one at Bethesda Terrace, right next to the actual terrace thing and the fountain and all. But just look at the tree on the left side of the iPad… and compare it with the tree on the screen.

Yeah. We totally got it wrong. We were too tired to notice.